Some of you may be aware that Apple have unveiled a new product. It’s a home speaker called ‘HomePod’ that will undoubtedly aim to poach ‘Amazon Echo’ and ‘Google Home’ users with its features and capabilities. Retailing at $350, the speaker uses Siri as its form of communication. The clever device can dim your lights and even change the temperature of your home! However, here we have some of the amusing reactions to the gadget that focus heavily on the HomePod’s resemblance to a toilet roll, among other things. Well, the saying goes that there’s no such thing as bad press? Right? Take a look! 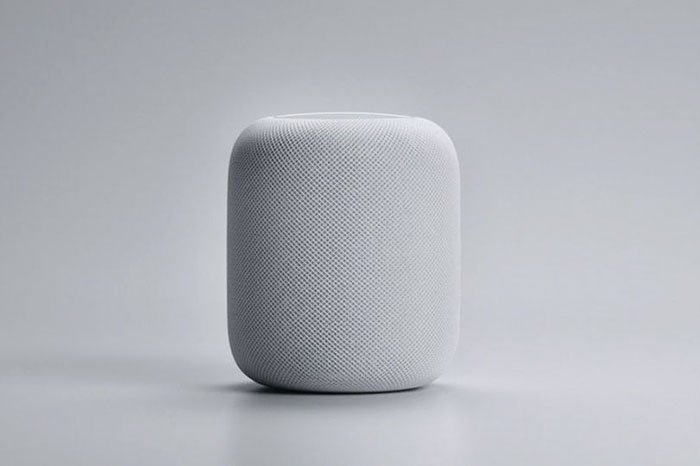 It would be cool if the HomePod was available in this range of colors! 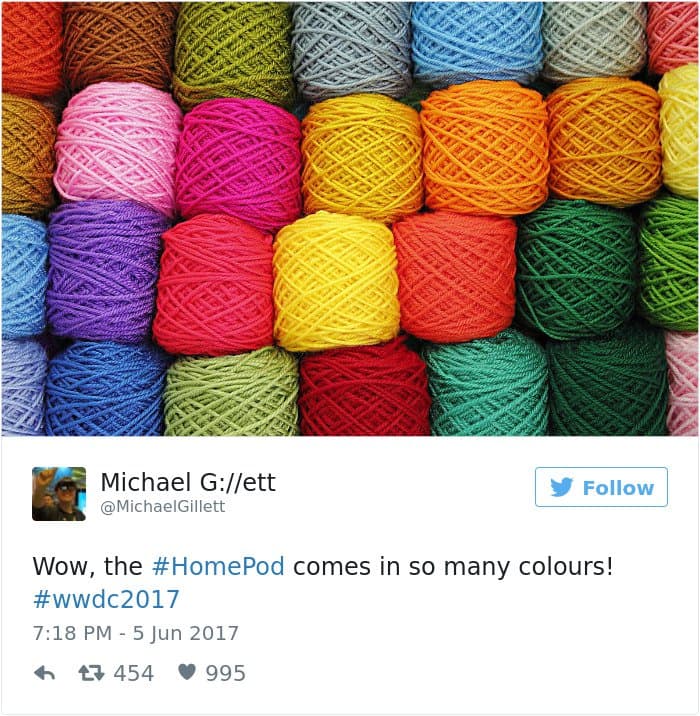 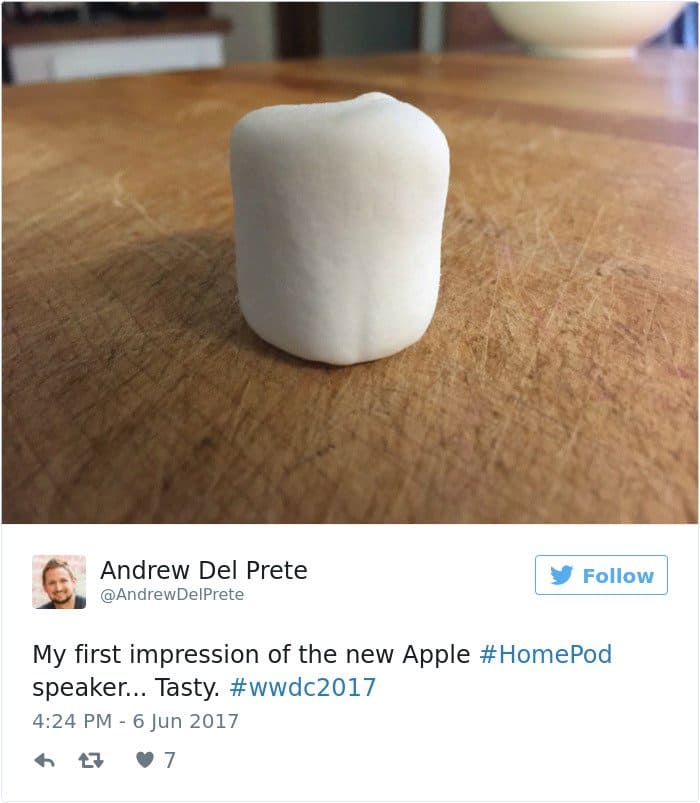 These toilet roll covers are so adorable! And, they would still technically be usable on a HomePod… 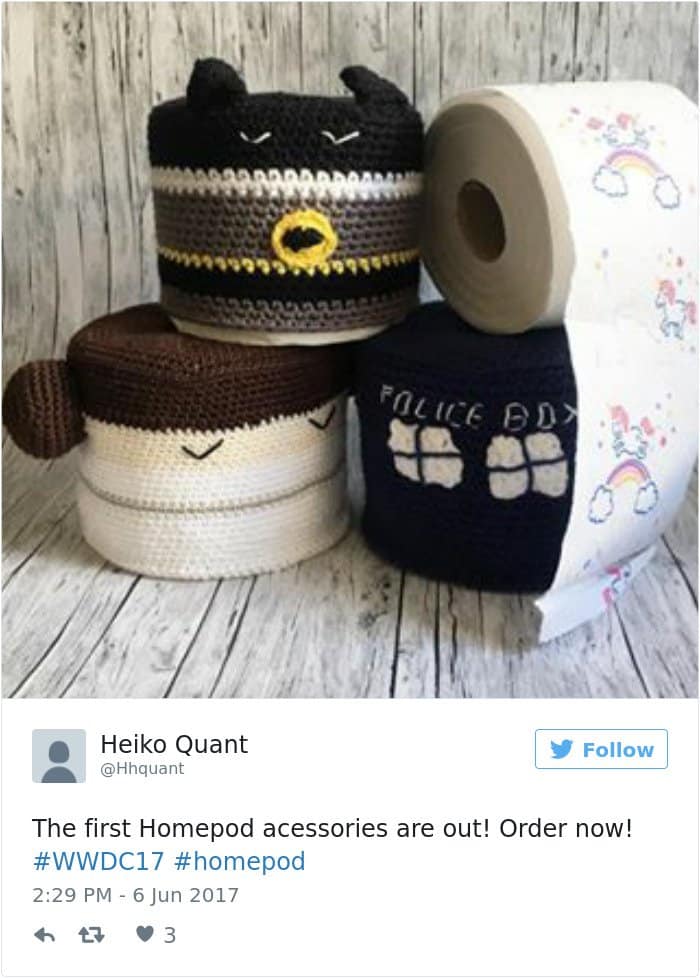 This person could be onto something here… 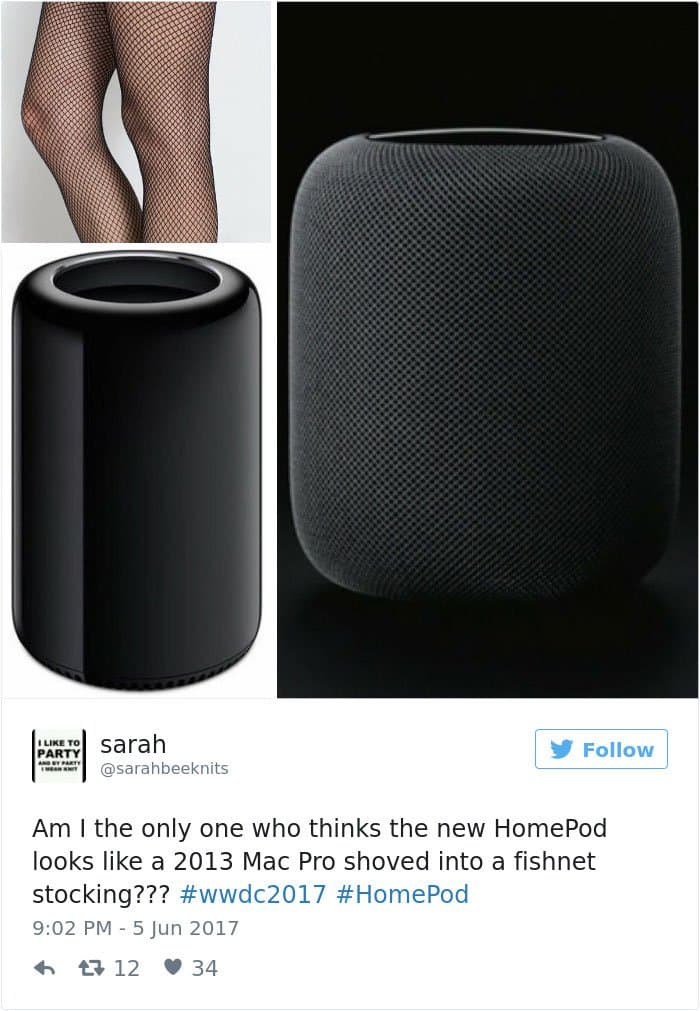 Unfortunately, there is no denying the resemblance! 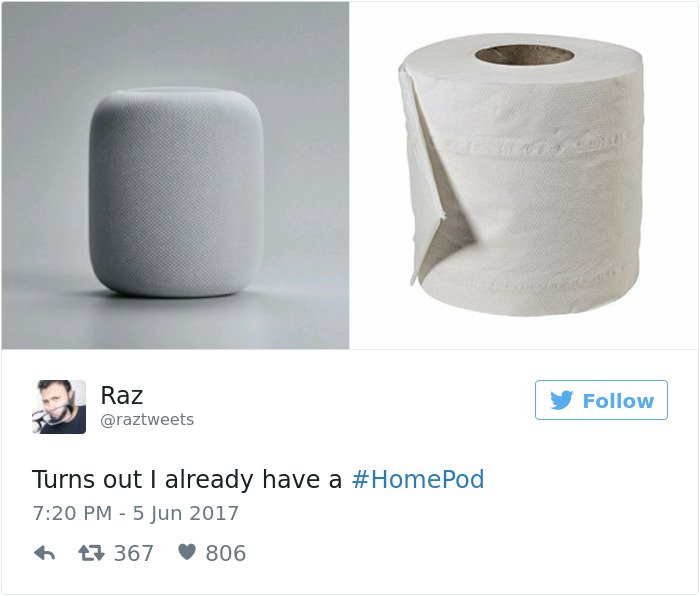 Well, this is one way to save money on accessories! 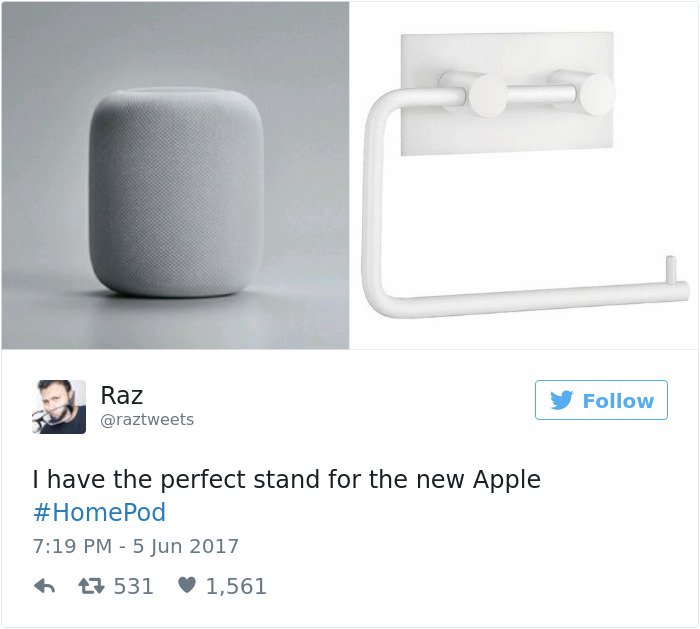 We know this is a joke, but this is actually a great way to determine where your HomePod could go! 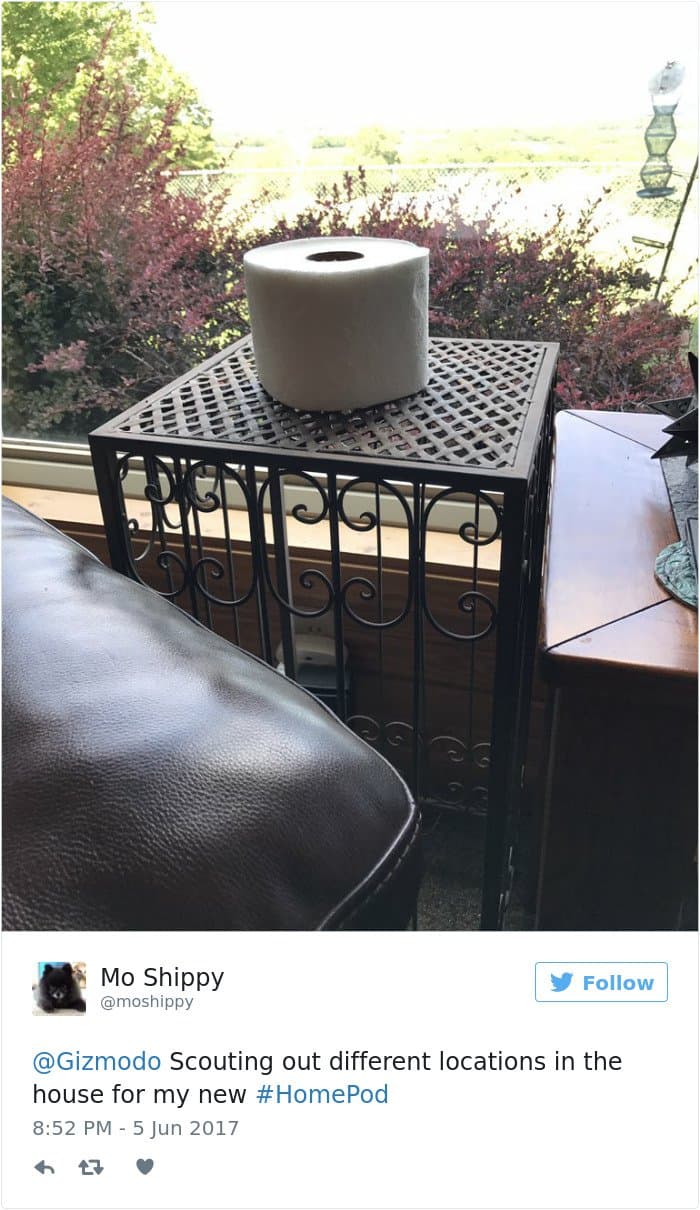 A guard’s voice on one of these things would make for a great alarm clock. The same goes for reminders… ‘YOU HAVE AN 8AM BUSINESS MEETING’! 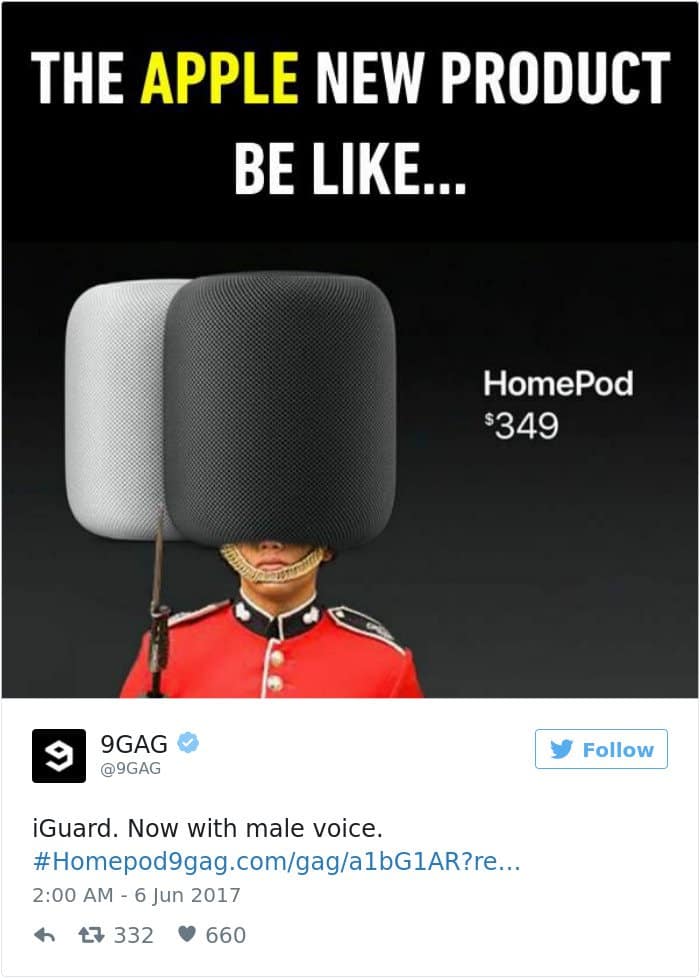 Wow, we had no idea where the HomePod originated from! 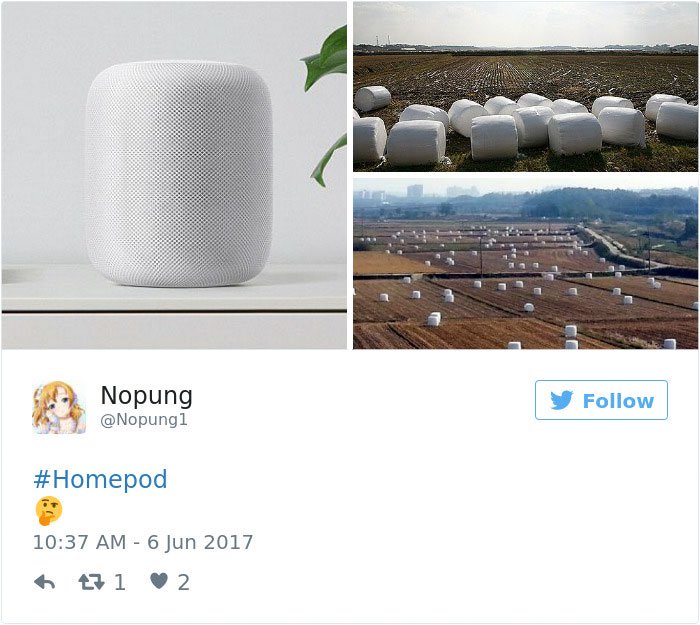 Here’s one that those who are fans of ‘Star Wars’ might appreciate! 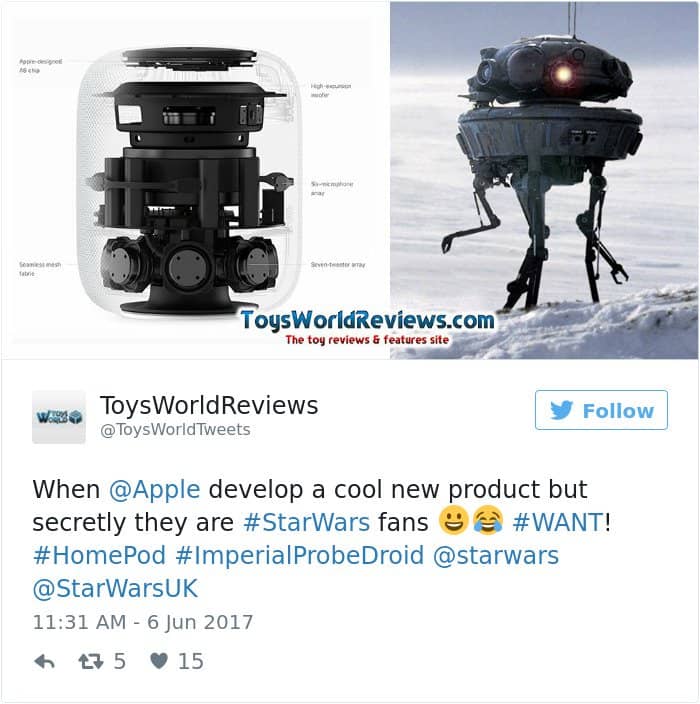 We’re not too sure the cat will have much fun with it to be honest!

Aww, poor Echo. Be proud of your gadgets, don’t change them! 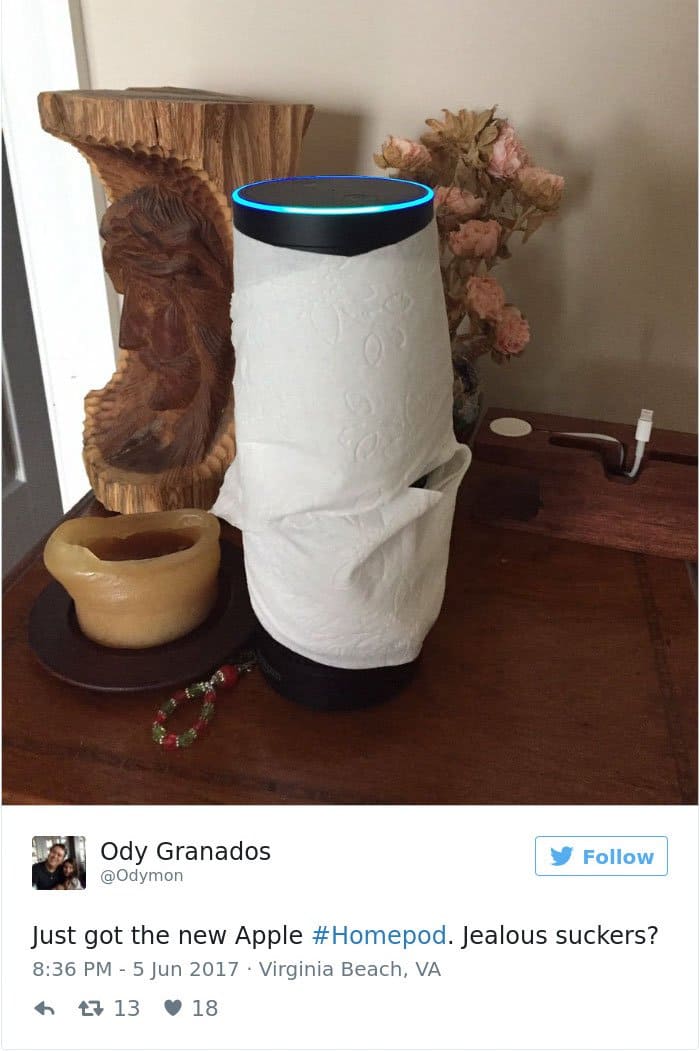 We wonder if Apple will actually bring out a stand/holder? 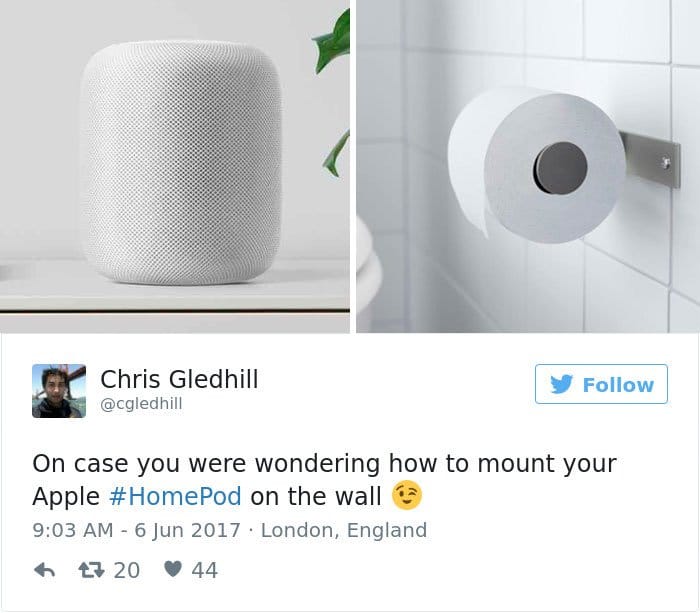 We quite like this giant edition! The chrome finish is great too! 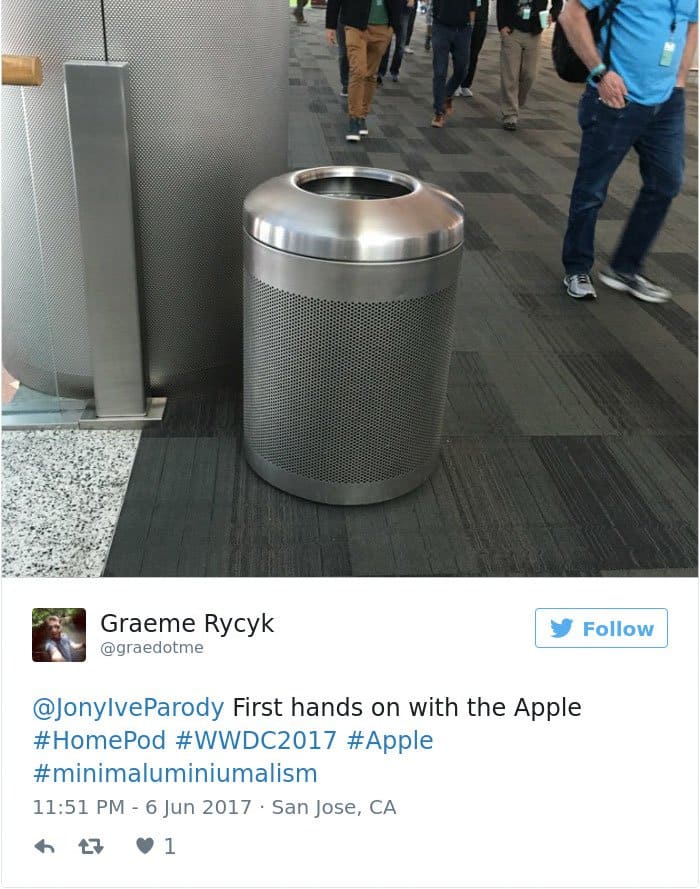