Unfortunately for tortoises, it's not uncommon for rats to attack them. This was proved further when an unsuspecting 90 year old tortoise 'Mrs T' from Pembrook, Wales had her front legs bitten off whilst she was hibernating. Her owner Jude Ryder feared the worst, as even a £1000 vet bill didn't improve poor Mrs T's situation. However Jude's son Dale who is a mechanical engineer glued wheels from a model aircraft onto Mrs T's shell and now she moves around twice as fast! It's wonderful that Mrs T can now continue to enjoy her life as she is still quite young for a tortoise! We bet she is the coolest tortoise cruising the block. Check her out below! 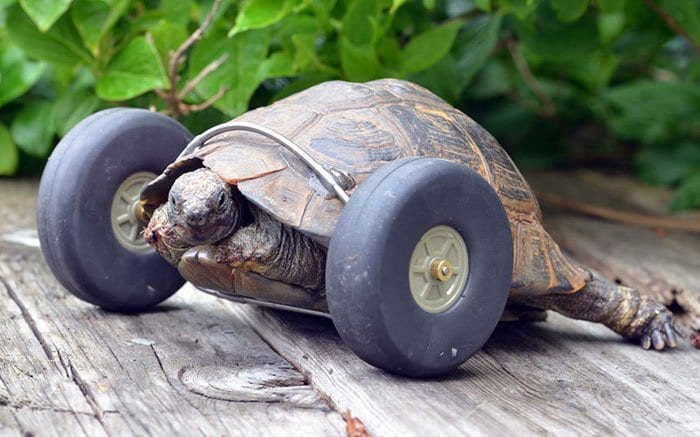 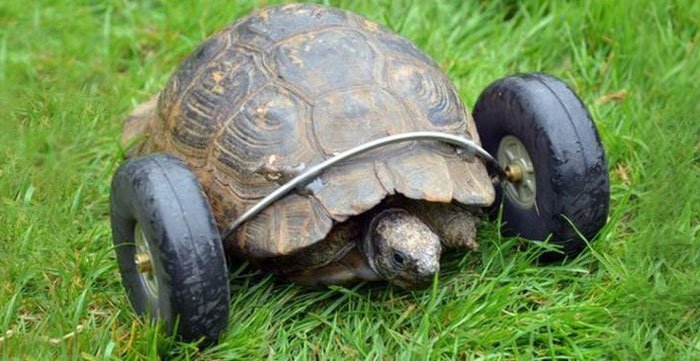 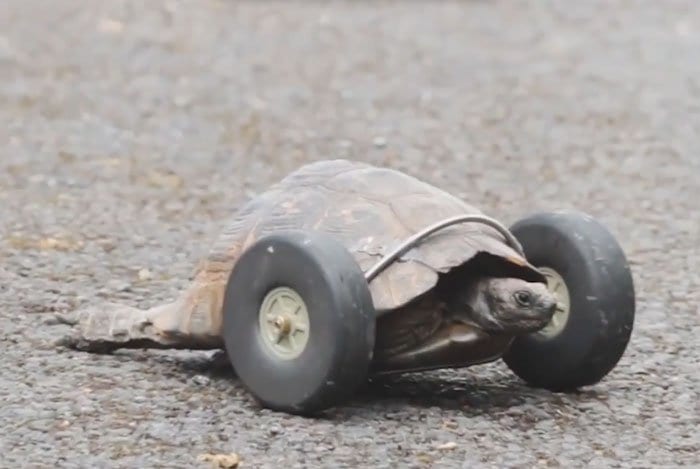