Some people feel very strongly on certain things. Often this leads to them voicing (or pushing) their opinions on to others through protests. Generally, signs are used to highlight their main points and they are designed to show others what their protest is all about. However, everyone knows that not all humans have the same mindsets. In fact, sometimes people disagree so strongly with each other, a counter arguement needs to be made. Here we have some times people hilariously trolled protesters. Take a look!

It’s a shame how many people are fearful of certain languages. 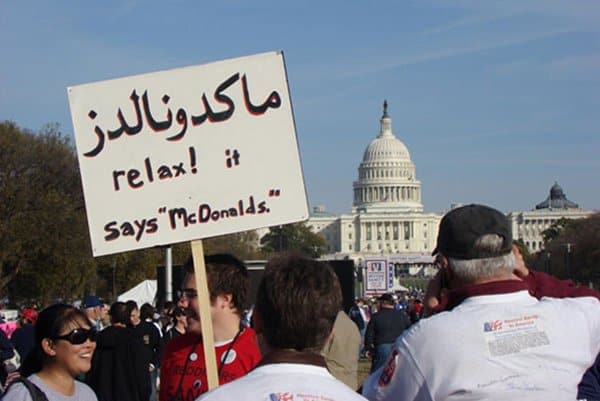 Well, the guy with the yellow sign set himself right up for this one! 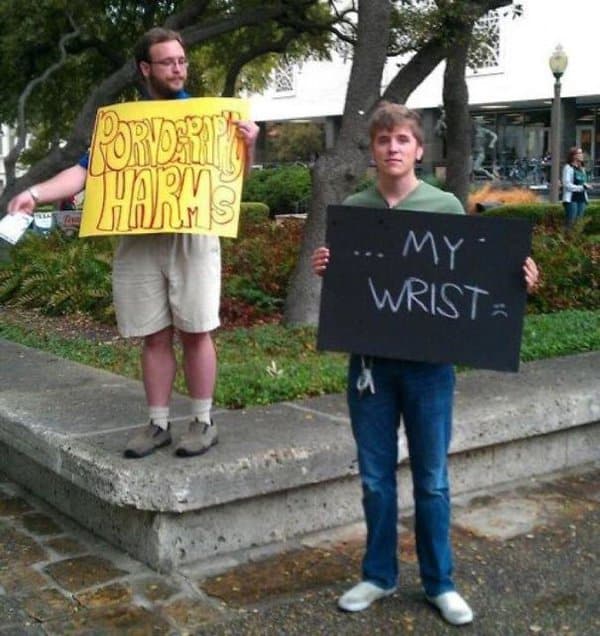 It’s funny how many willingly unemployed people complain about immigrants taking their jobs. 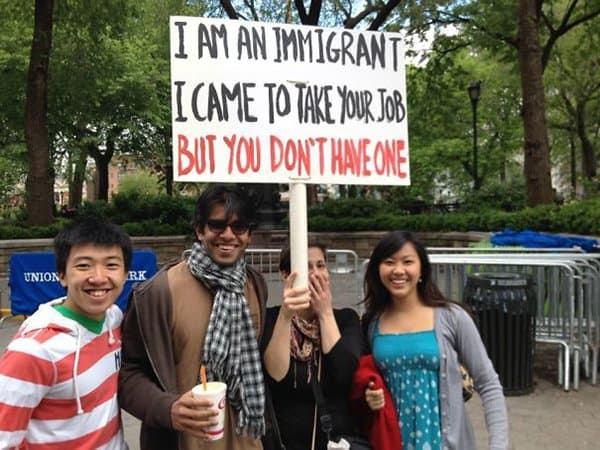 An epic way to get at homophobic people! 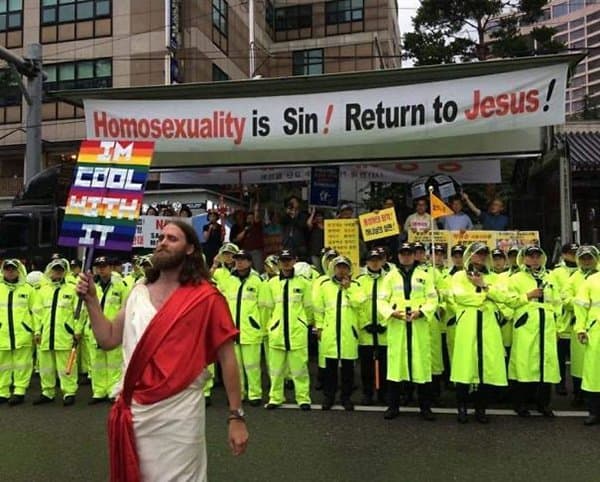 The people next to the guy with the yellow sign are totally unaware of what it says. Brilliant! 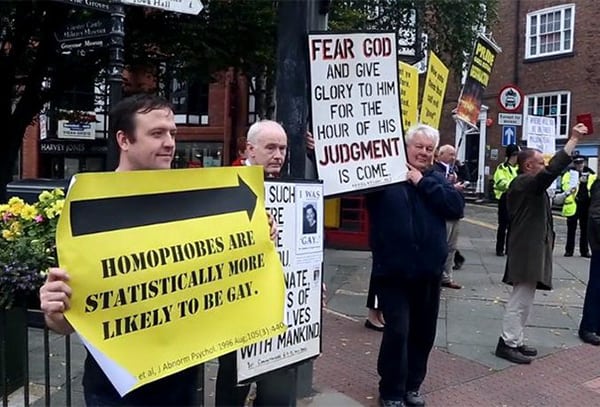 So, dads, which one would you prefer?! 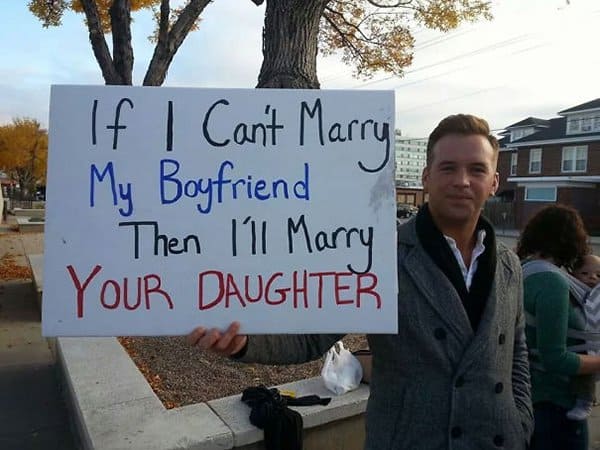 Not all heroes wear capes… 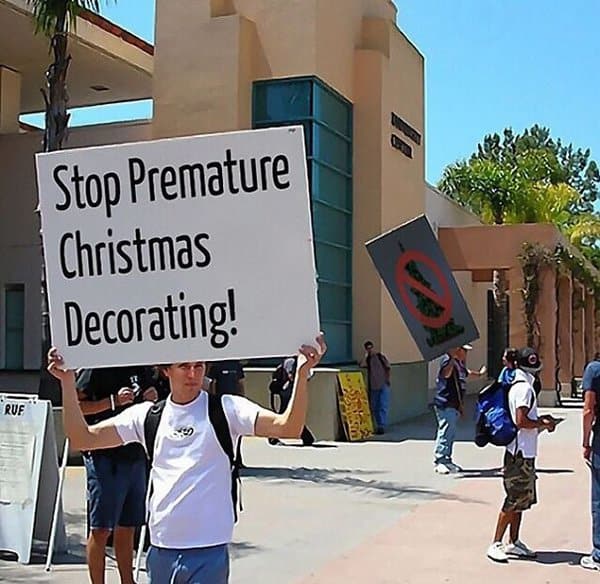 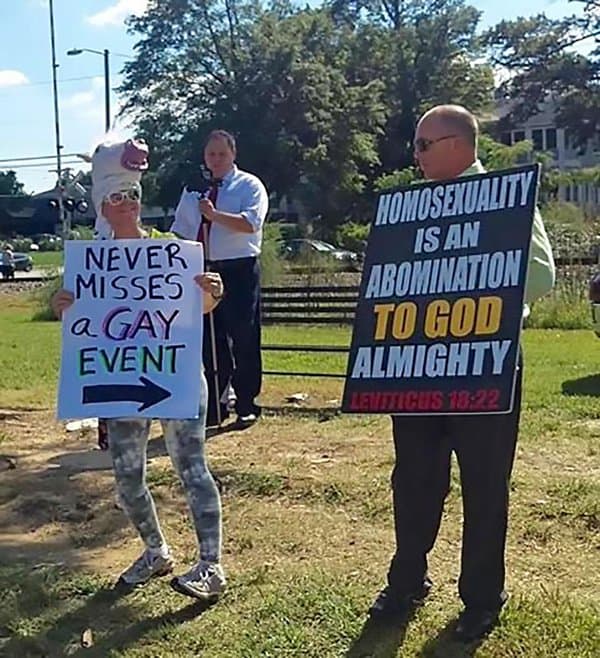 ‘Weird hobby’, we never thought about it like this before! Hilarious. 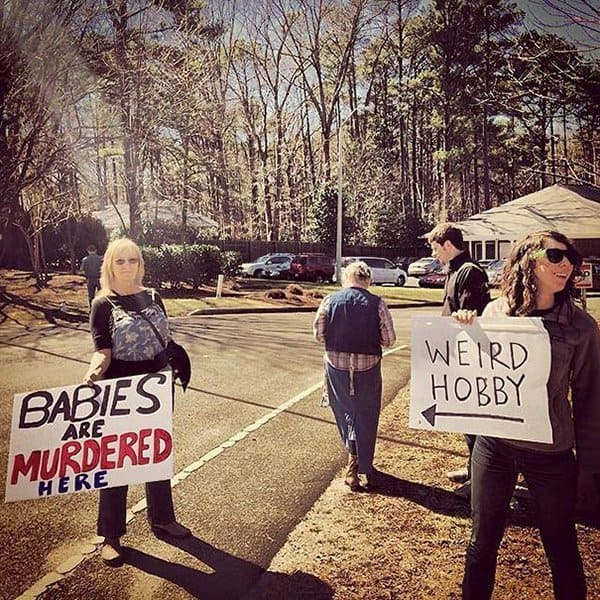 Which side do you agree with? 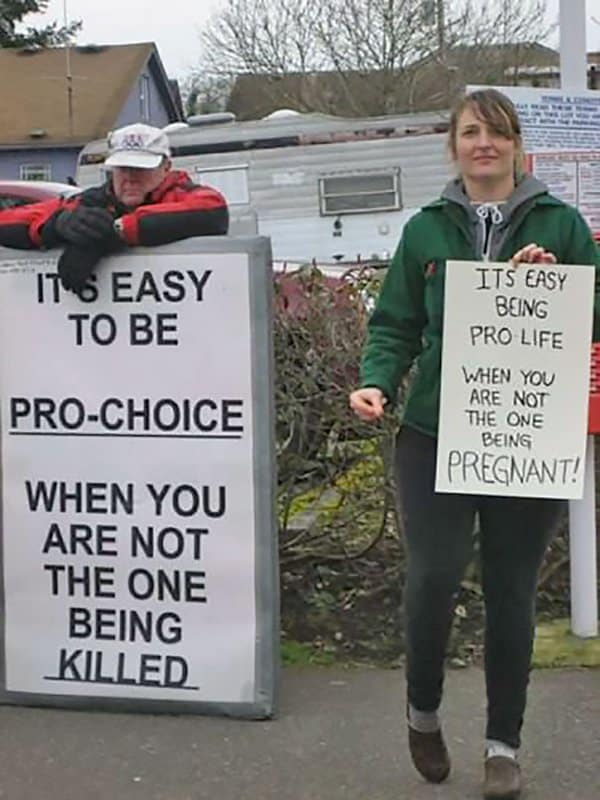 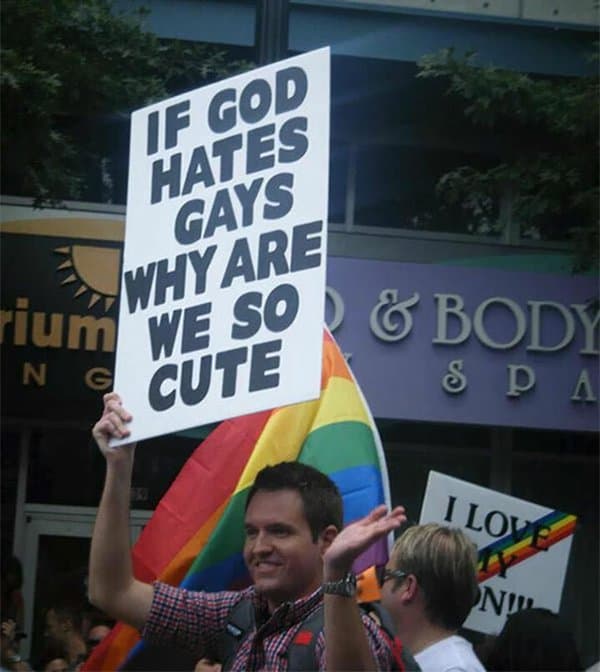 We don’t know if these guys are even a couple or not, but their proposal looks fantastic! 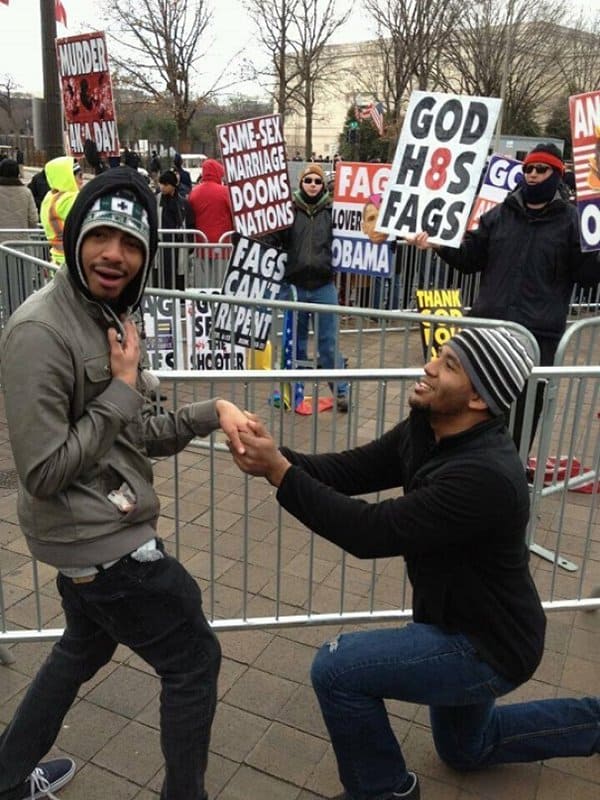 The guy in the background does not look amused! 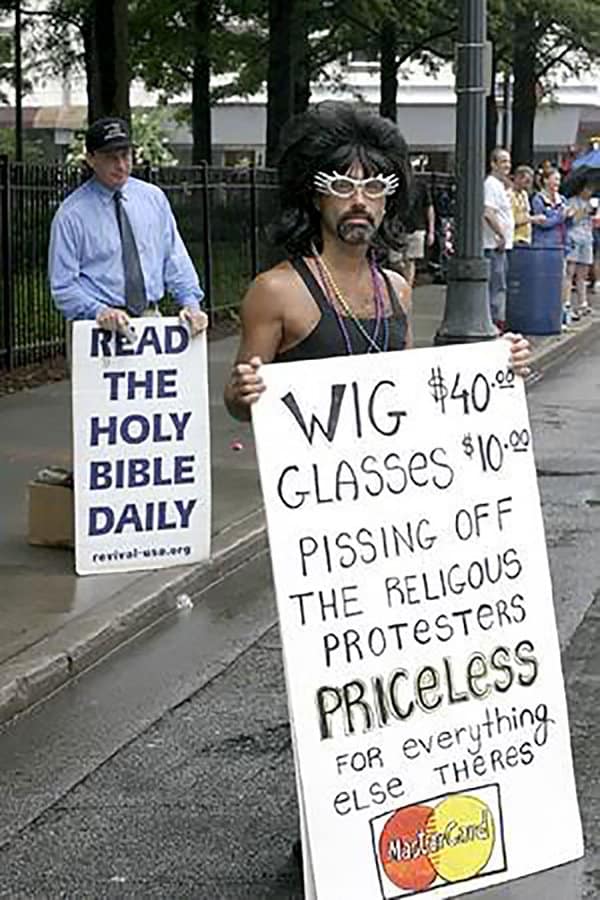