Times Americans Were Surprised And Confused By British Things

The USA and the UK have quite a few things in common. For starters they speak the same language, near enough! However, there are a huge amount of differences. Of course, this is expected as the USA and the UK are two different parts of the world. Customs, cultures, humors and more will often be different. However, have you ever taken a moment to stop and think about this? Here we have some hilarious times Americans were surprised and confused by British things. Take a look and prepare for a good laugh!

Times Americans Were Surprised And Confused By British Things

We can confirm that England do have other TV channels!

Beans on toast is delicious! 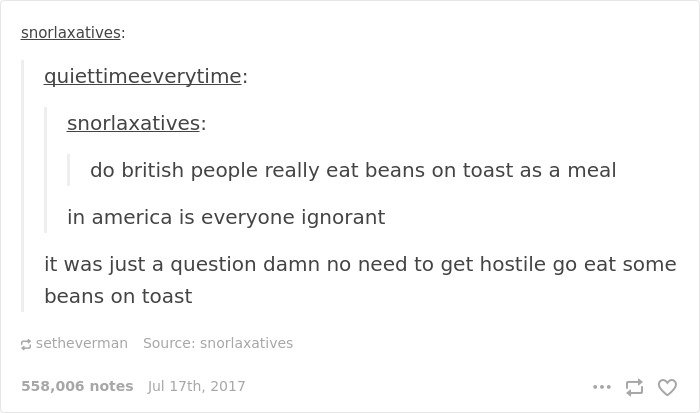 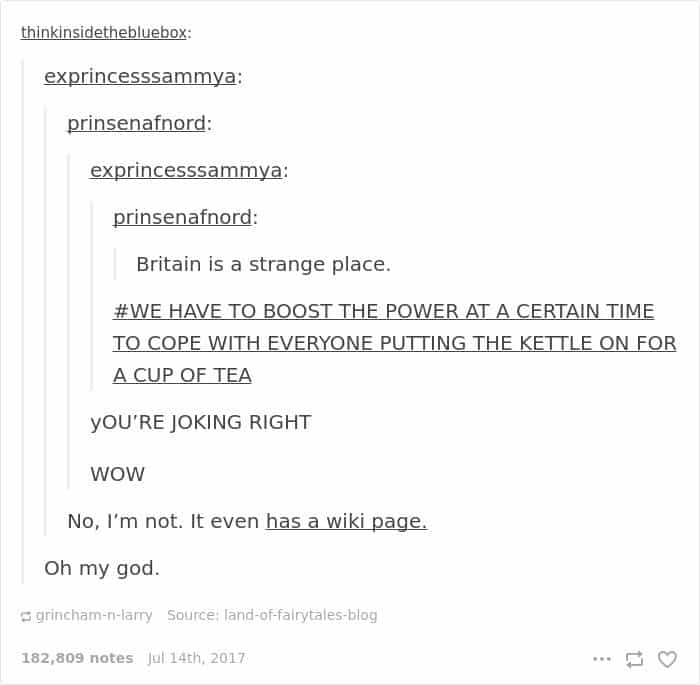 To be fair, a lot of people around the world feel like this…

A pretty accurate explanation, if you can understand it! 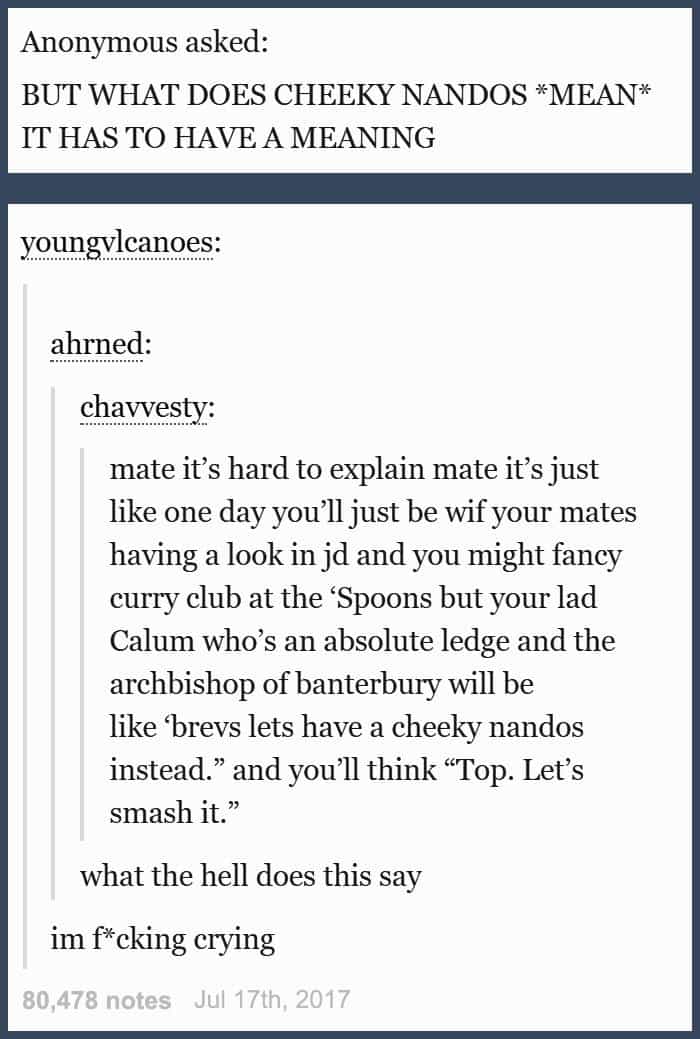 We love the way Brits speak.

We can verify that this is true!

Which name do you think is better? 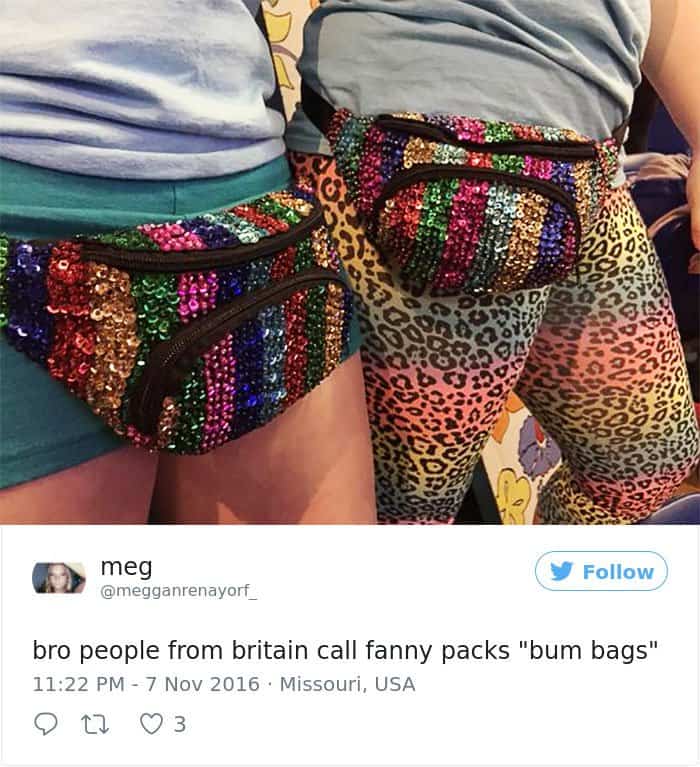 The response to this is great! 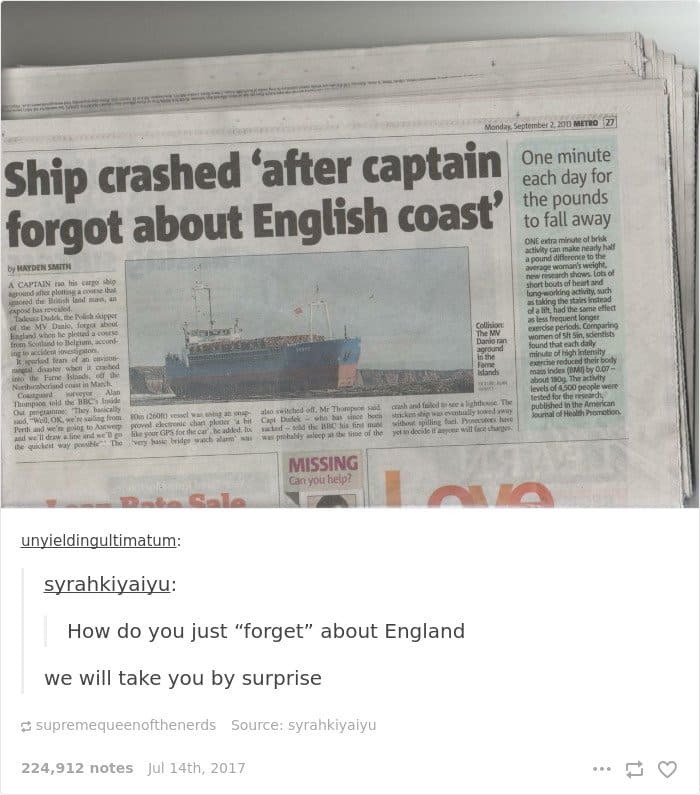 We think ‘fortnight’ is a good word. 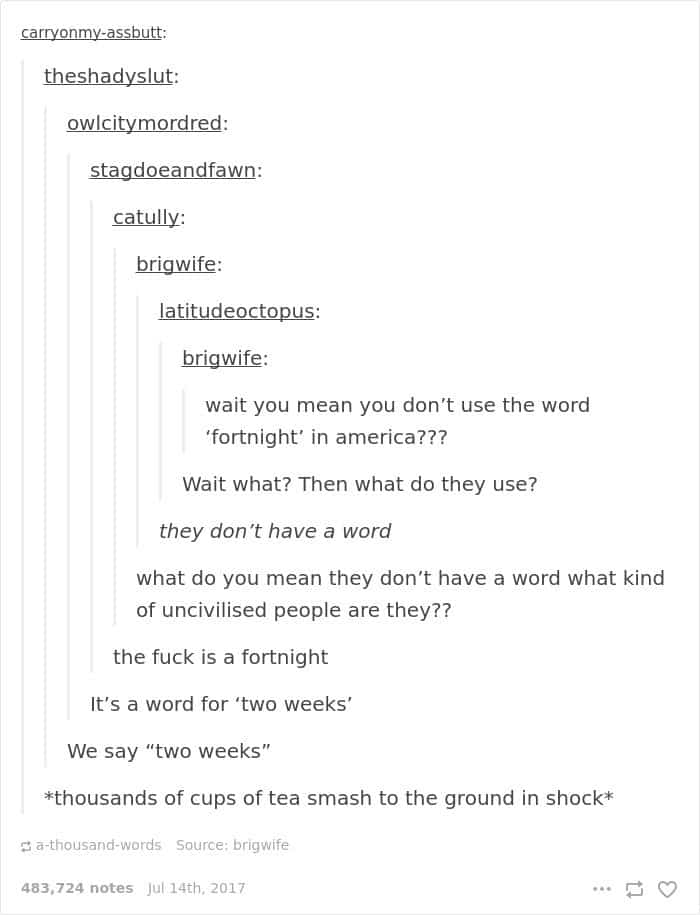 That’s a shame. It would make a good tattoo! 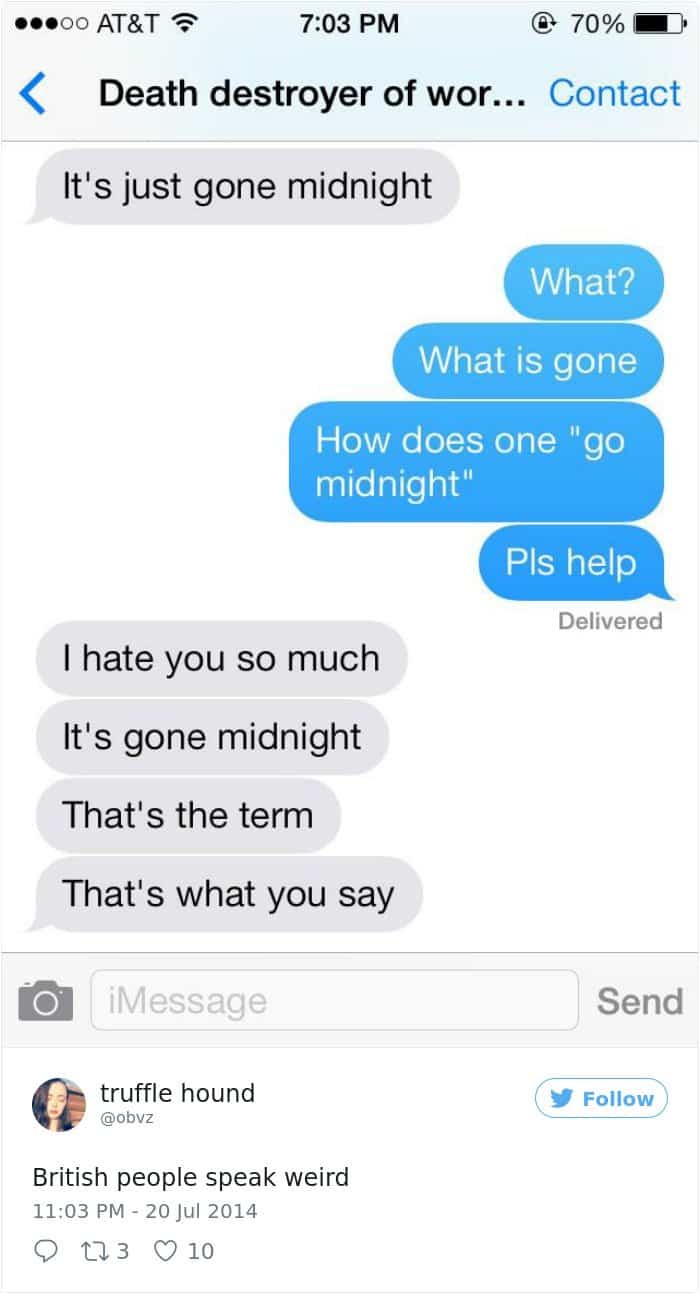 Well, it does say American style… 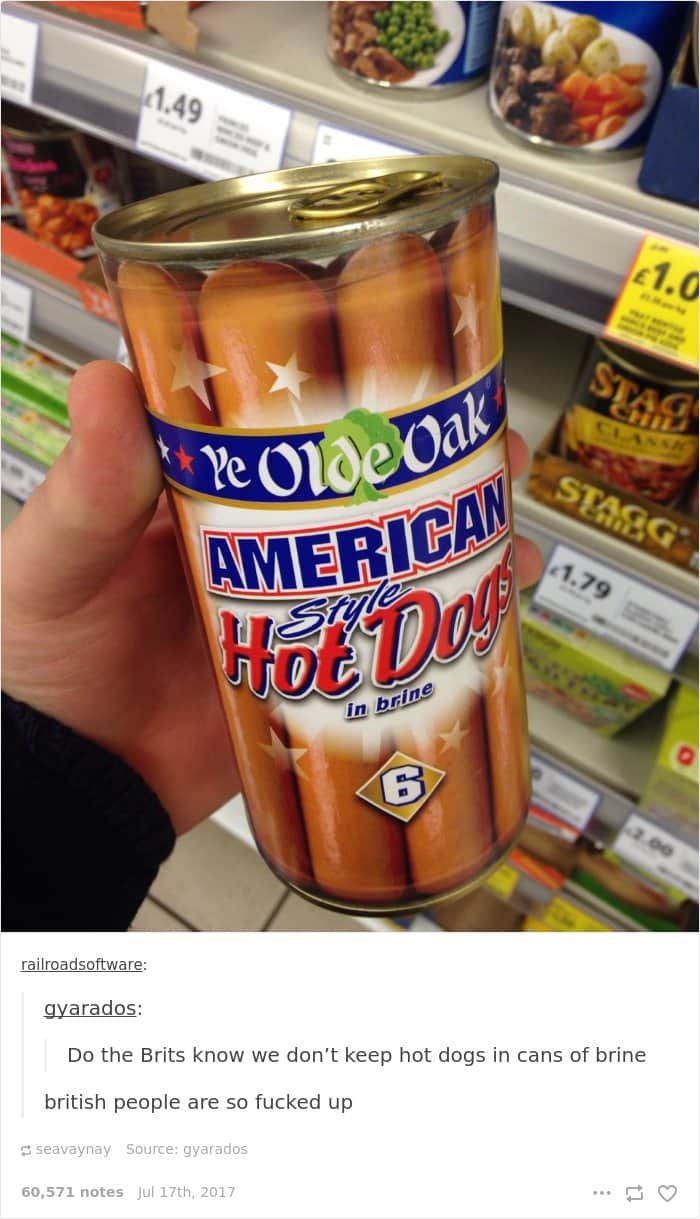 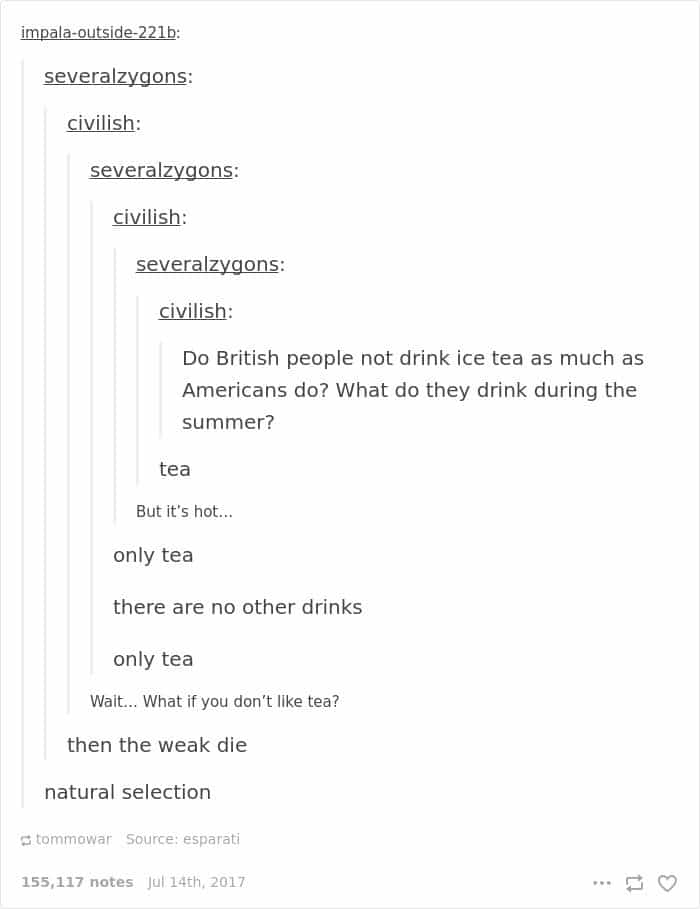 Well, we don’t know about you but these images have dramatically improved our mood. It’s hilarious to see the different reactions to certain British things and the British responses are fantastic too. It’s super interesting to see the differences between American and British culture. Isn’t it strange how for one person something is totally normal, but for another person that same thing is considered totally weird? Keep going to see even more hilarious times Americans were surprised and confused by British things! 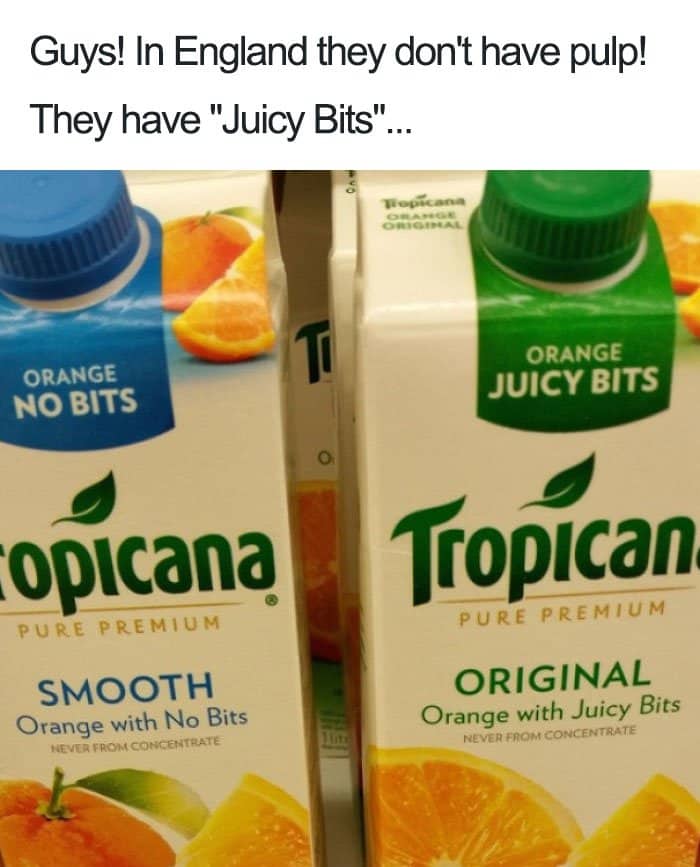 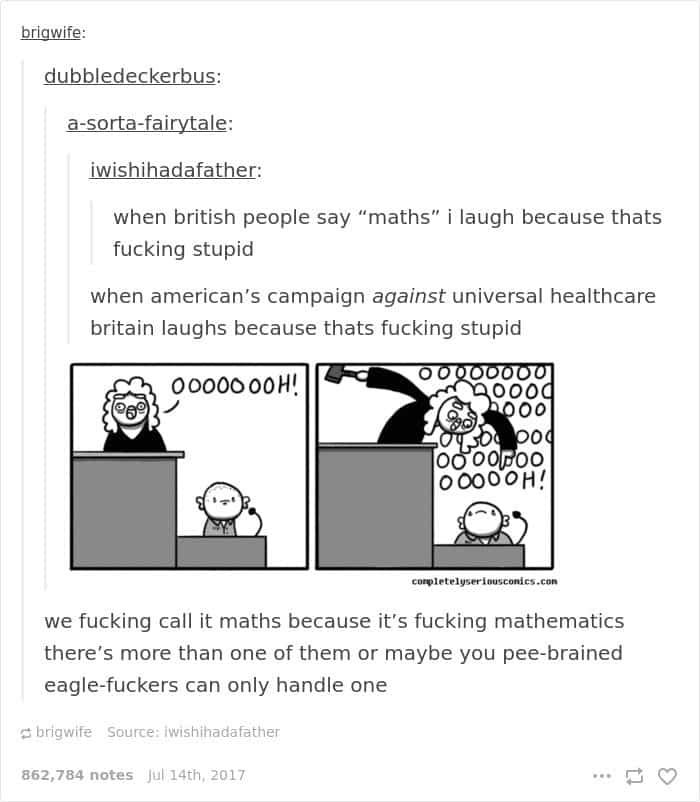 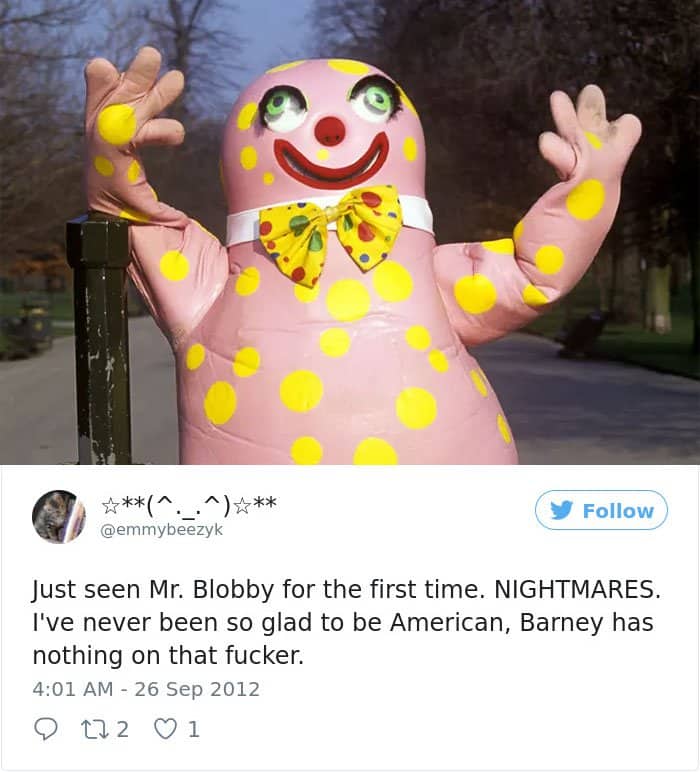 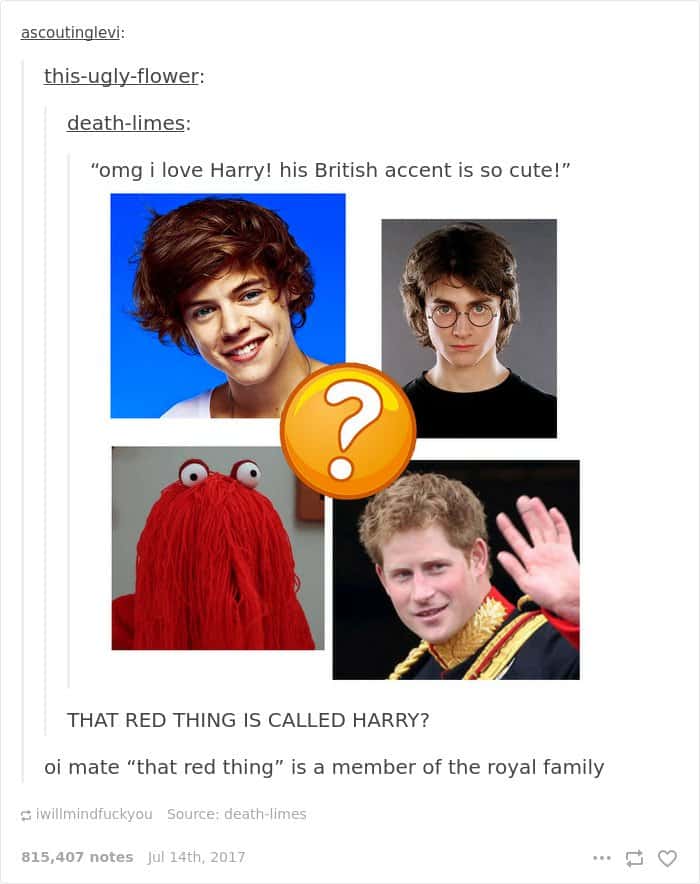 Any Brits care to chime in here? 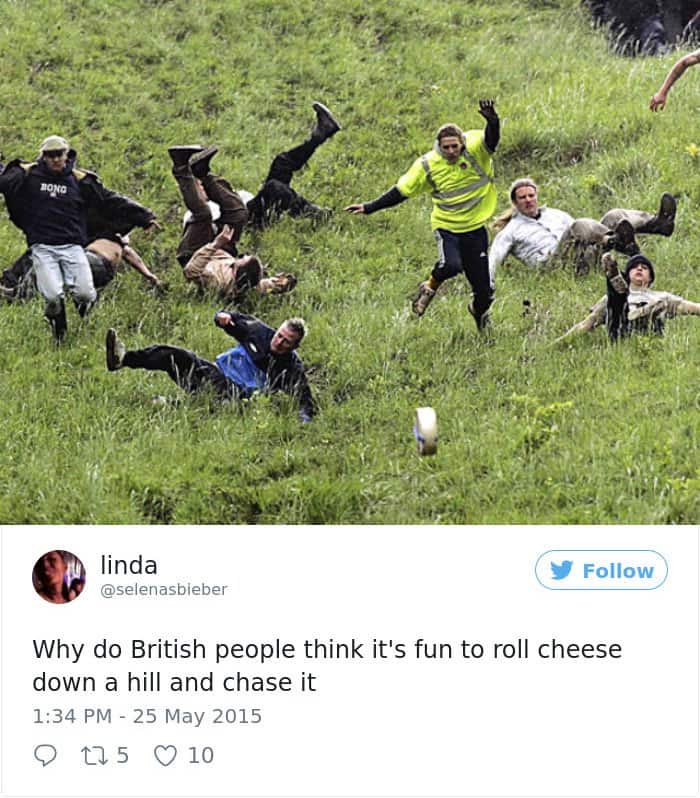 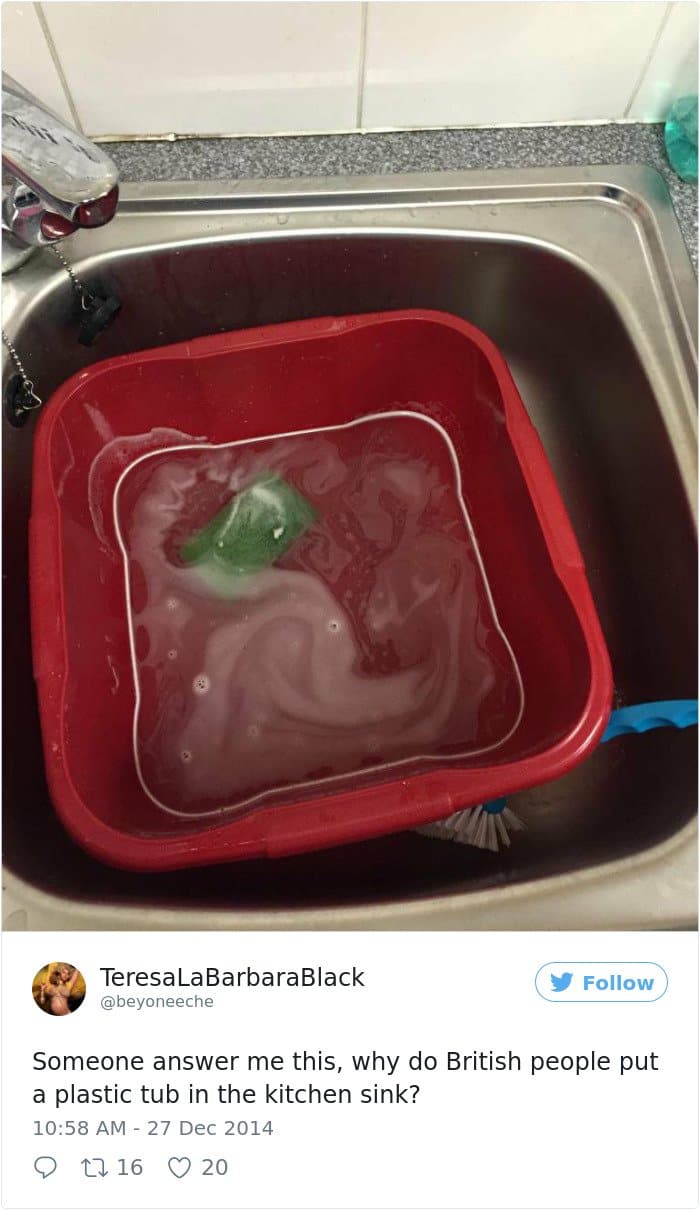 We have to admit, ‘spotted dick’ is a rather unusual name for a pudding… 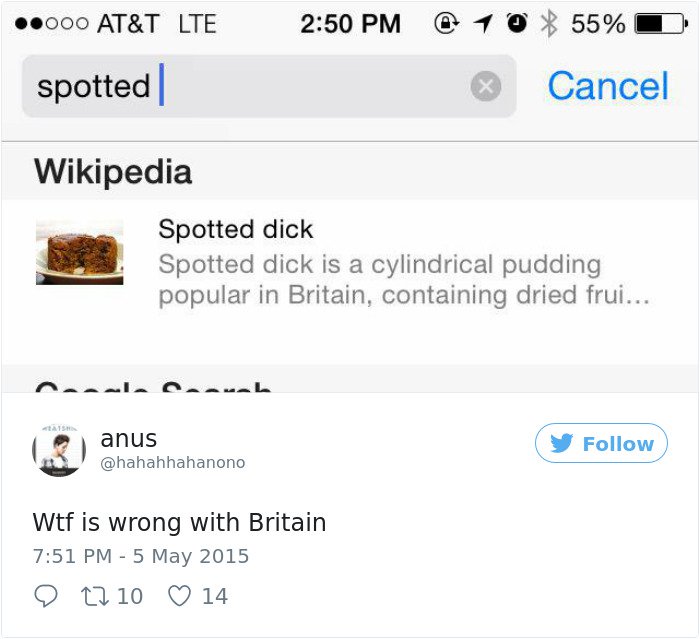 That’s a lot of bread to eat in one go!

You can put the plug in and mix the two water streams to your preferred temperature. 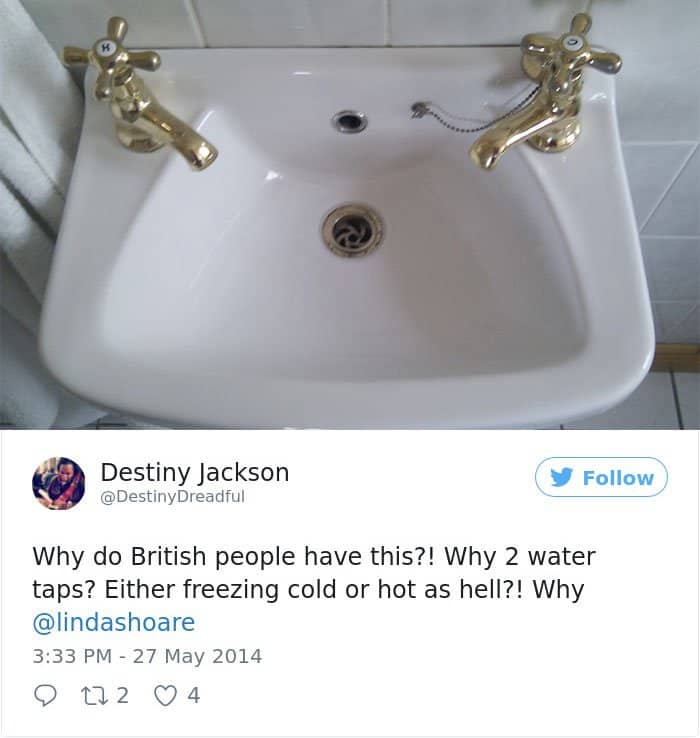 This isn’t just the case in Britain. Not everyone has an extra room/place to put a washing machine. This is considered totally normal! 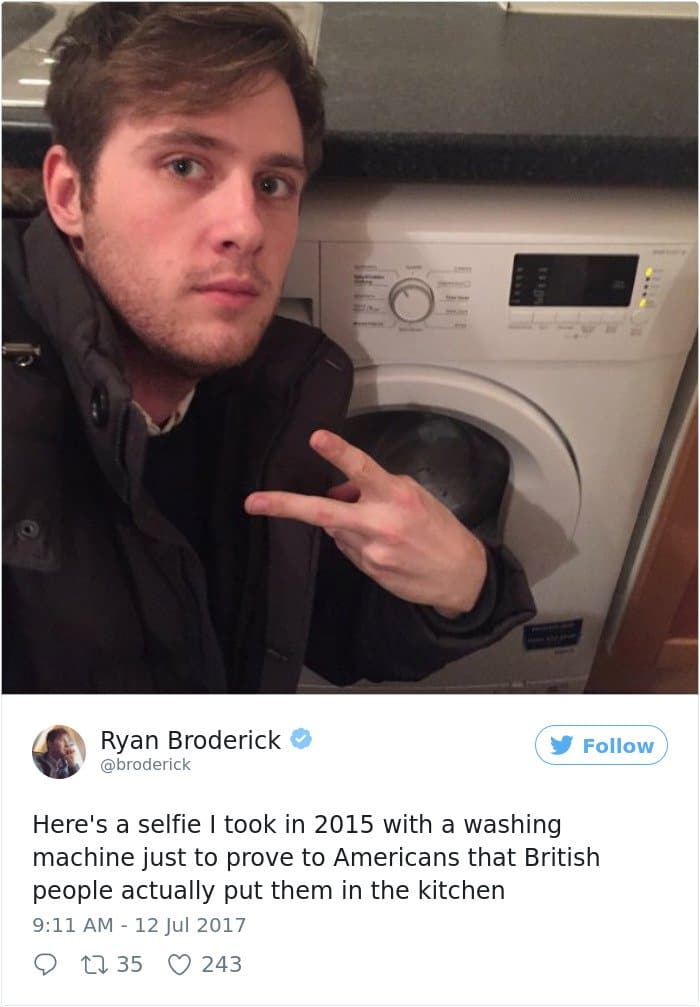 We don’t see anything wrong with this! Perfect for picnics and train journeys. 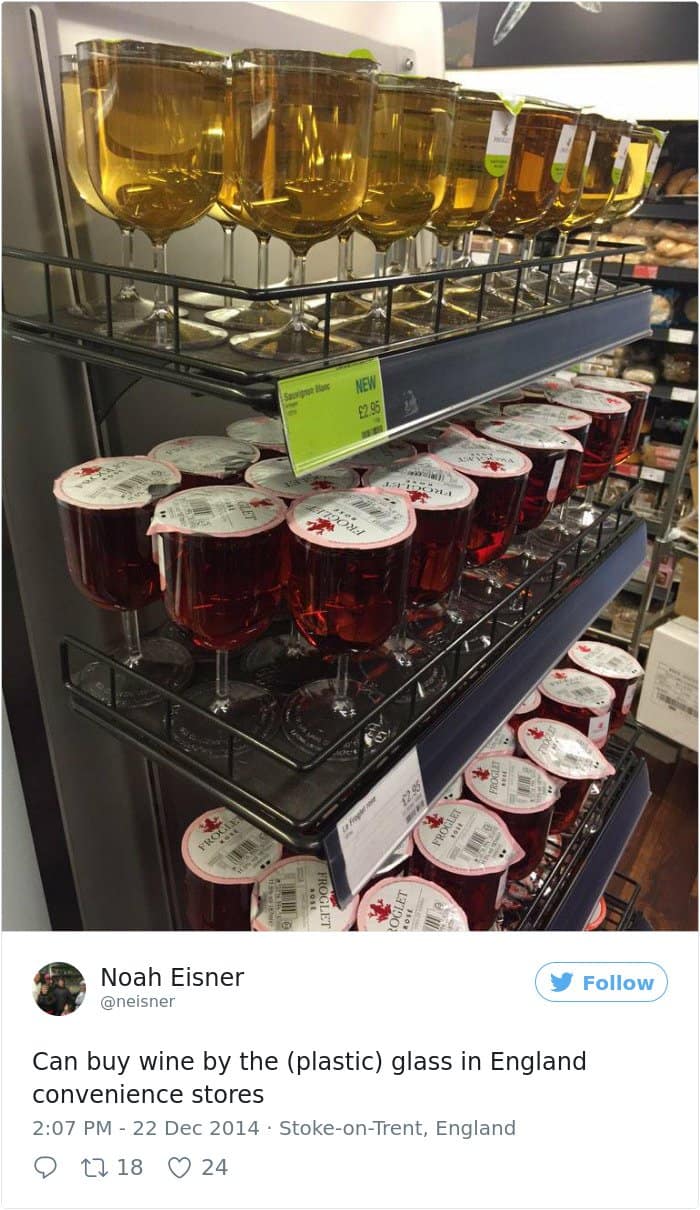 We would love to know the reason behind this! 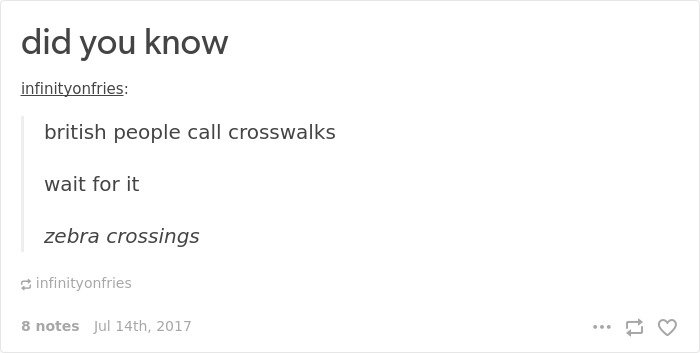