Amusing Images That Show The Struggles Of Being A Redhead

Less than 2% of the world’s population have red hair, which equates to roughly 140 million people. Although this seems low in the grand scheme of things, most of us know a redhead or two and they aren’t exactly considered strange.  Some people love the look whilst others aren’t so keen, as is the same with most things in life. But one thing’s for sure, it’s not always easy being ginger. Below we have some amusing images that show the struggles of being a redhead! Take a look!

The Struggles Of Being A Redhead

Trips to the beach are to be met with extreme caution! 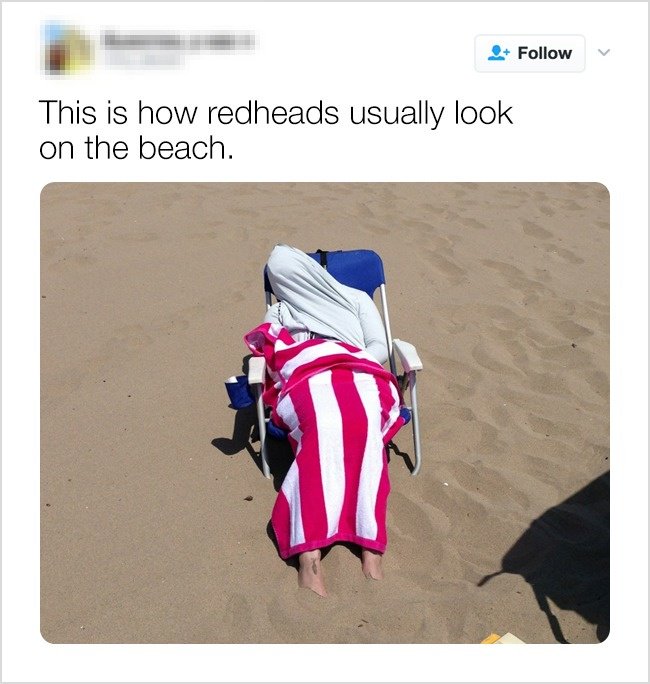 The ‘connect the dots’ joke is one you hear often. 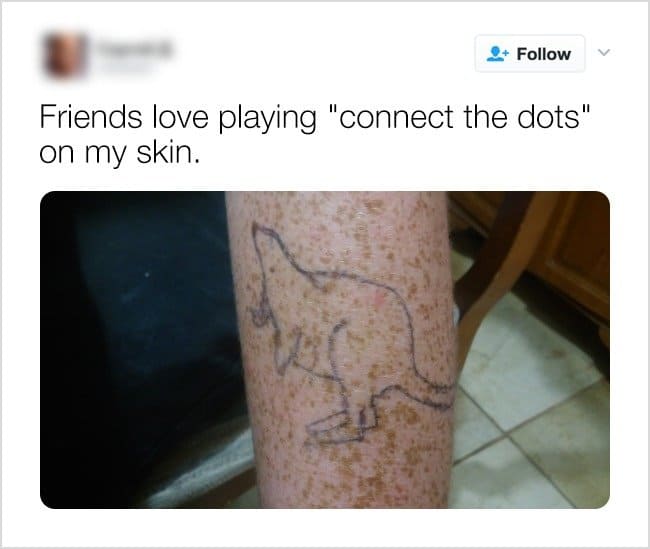 The eyebrow struggle is real… 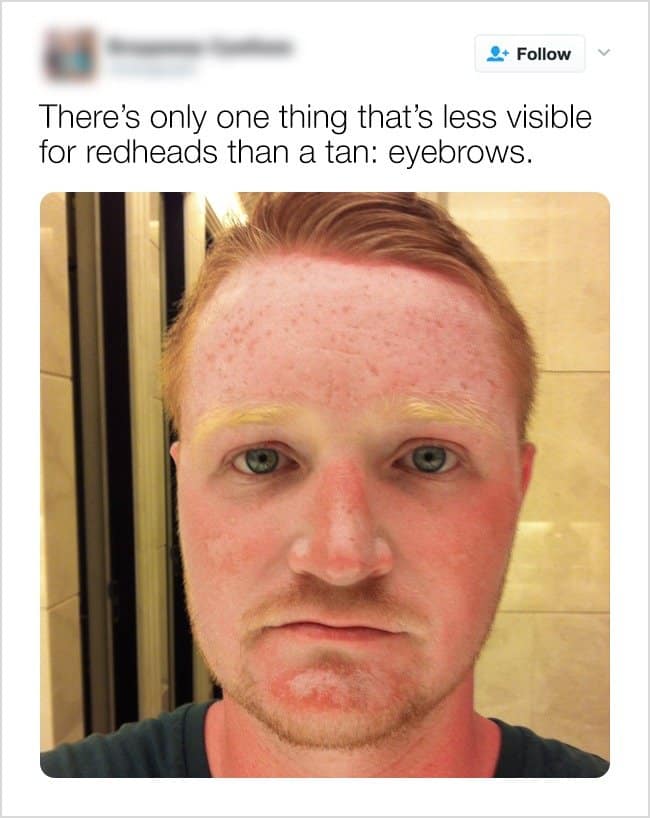 Tan lines? What on earth are tan lines? 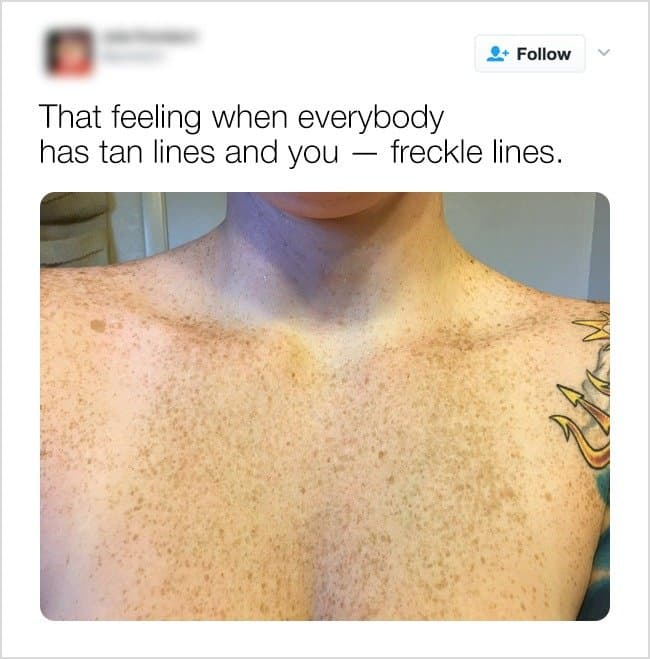 Everyone thinks it’s funny to say you’re a member of the Weasley family. They also say it with a sense of pride, as if they were the first person to come up with the joke…. 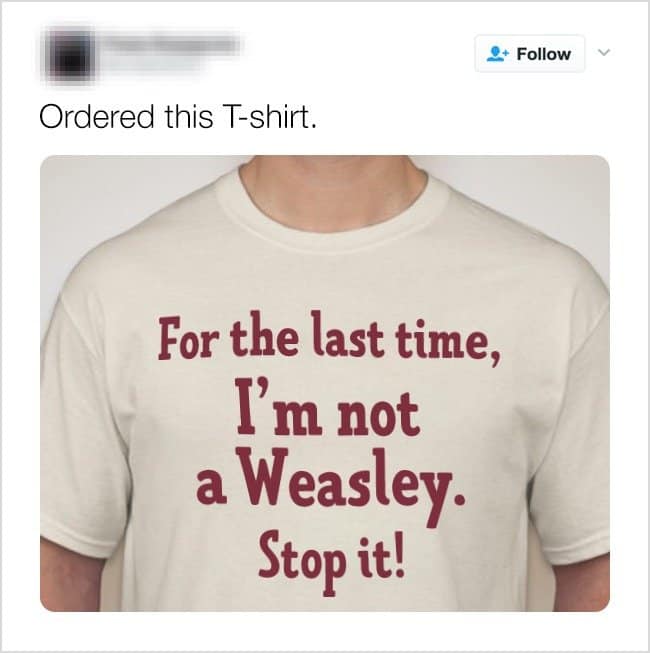 Sometimes you panic over nothing! 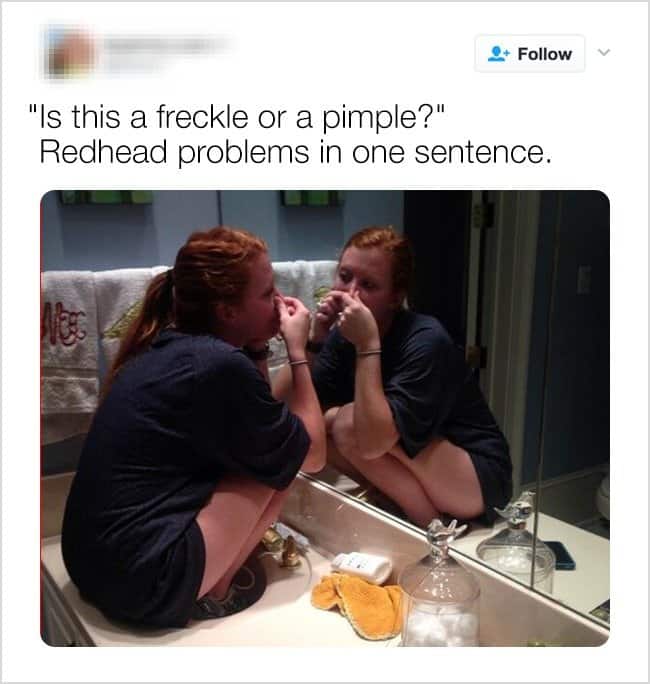 As a redhead, it can be hard to be inconspicuous… 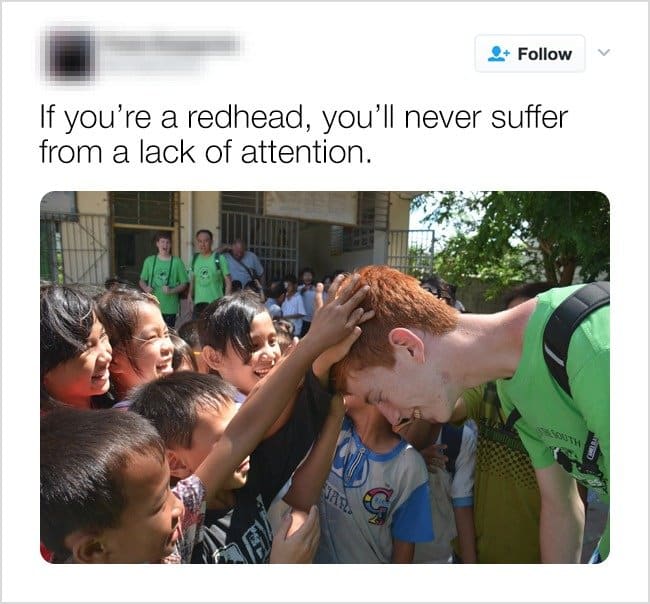 If you’re going out in the sun for even a short period of time, you better expect to come back with a few thousand freckles. 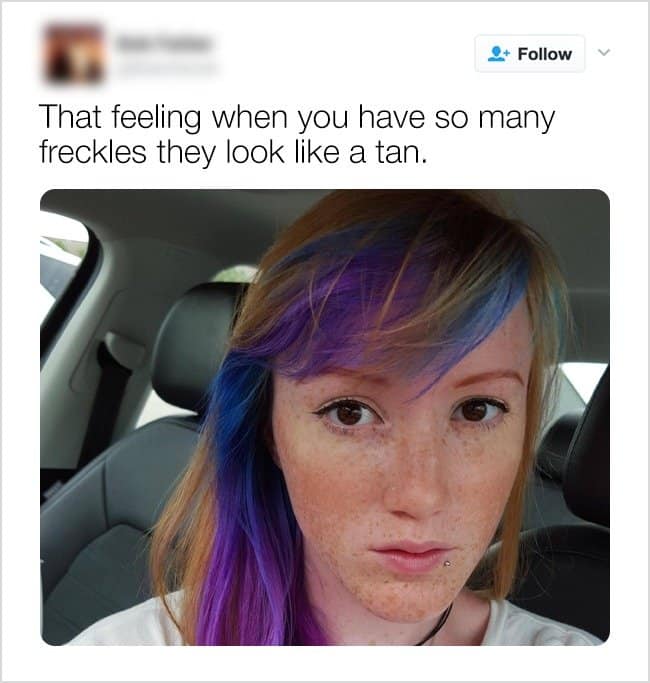 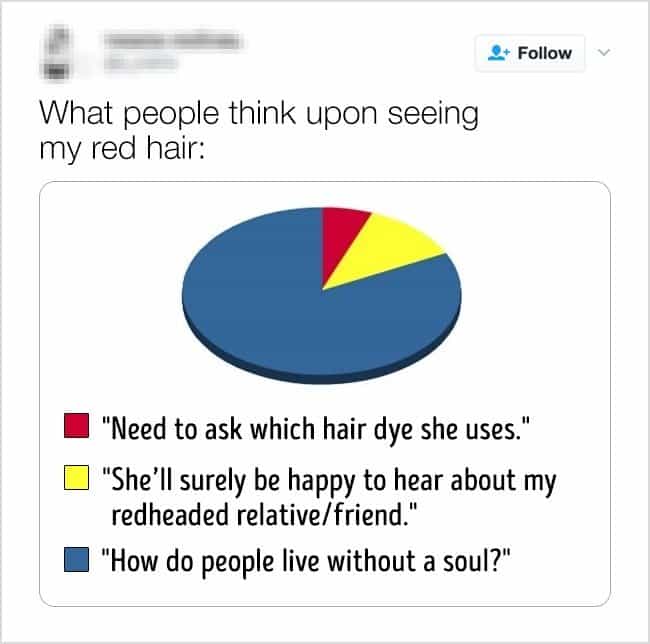 You can take every precaution and it’s still not enough sometimes. 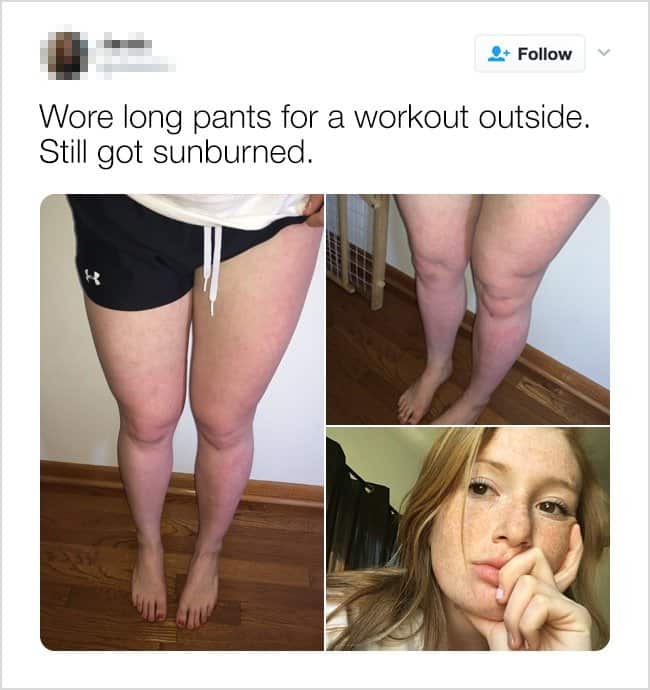 Getting a good selfie can be a hard task. 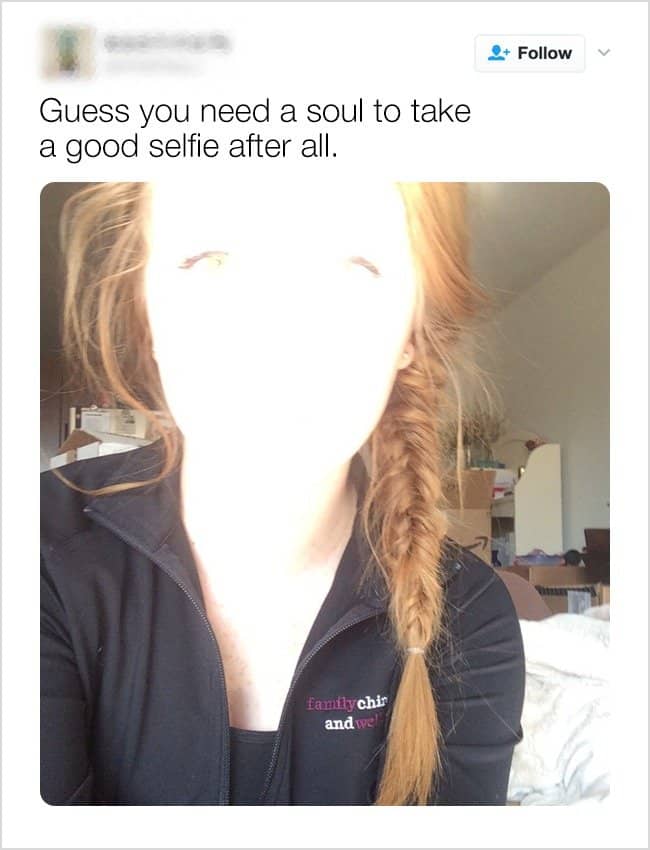 A pretty cool mutation if you ask us!