The D23 Expo celebrates its tenth anniversary this 2019. D23 Expo is Disney’s biennial fan convention. As always, fantastic news and shocking surprises await the D23 Expo attendees. From exclusive previews of future Disney films and TV series to sneak peeks of upcoming attractions at Disney Parks and Resorts. D23 Expo is indeed the ultimate event for all Disney fans out there.

One of the D23 Expo highlights this year was the announcement of Disney Cruise Line‘s newest vessel name—the Disney Wish. The Disney Wish Cruise Ship is the fifth ship of Disney’s majestic fleet. The company projects this ship to set sail by January 2022. Disney will also reveal two more ships, in addition to the Disney Wish.

The Disney Wish Cruise Ship has an approximate weight of 144,000 gross tons and has 1,250 guest staterooms. That said, it is relatively larger than the Disney Dream and the Disney Fantasy. On top of that, this new cruise ship will also be powered by liquefied natural gas.

“It’s very fitting because making wishes come true is at the heart of so many Disney stories.”

The ship’s three-story atrium will also sport a “bright, airy, and elegant space inspired by the beauty of an enchanted fairytale.” In addition, the ship’s stern will also feature an iconic Disney character, as part of the company’s traditions. 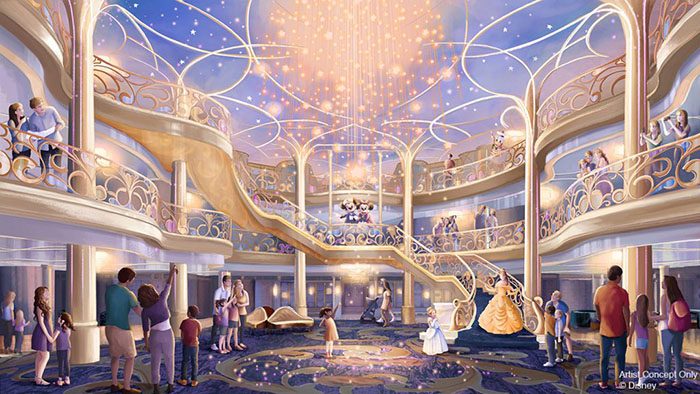 For the Disney Wish, it’s the Disney Princess known for her long, luscious locks. Yes, it’s none other than Rapunzel. In line with this, Disney has released an artist concept photo that shows Rapunzel, decorating the ship’s stern. For Frontado, Rapunzel is the perfect choice to represent the Disney Wish Cruise Ship.

“Spirited, smart, curious and above all, adventurous, Rapunzel embodies the wish and desire to see and experience the world.” 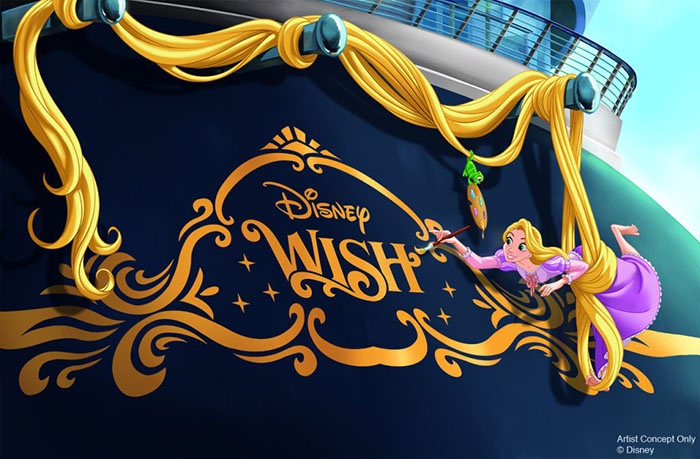 Disney will also start the construction of its second tropical destination in 2020. This time, it will be at Lighthouse Point, located on the island of Eleuthera in The Bahamas. Wonderful destinations and a majestic fleet, what more can you ask for a cruise vacation? Cruising with Disney is certainly an enchanting experience for Disney fans of all ages.