13 Scary Movies Which Are Based On Terrifying Real-Life Events

Most of us love a good horror movie. There is something about being scared out of our wits which makes us feel alive. Another aspect of our addiction to those adrenaline-pumping movies is that they’re a safe scare. We can be totally petrified, but in a nice safe and homely environment, however, just how safe is it? Take a look at these 13 truly petrifying horror movies which are even more chilling due to the fact that they’re based on real-life stories! These will give you nightmares!

It is said that the character of ‘Dracula’ was based on, Romanian folk hero, ‘Vlad the Impaler’.

As documented in the movie, ‘From Hell’, ‘Jack the Ripper’ murdered countless prostitutes back in 1880s, London. 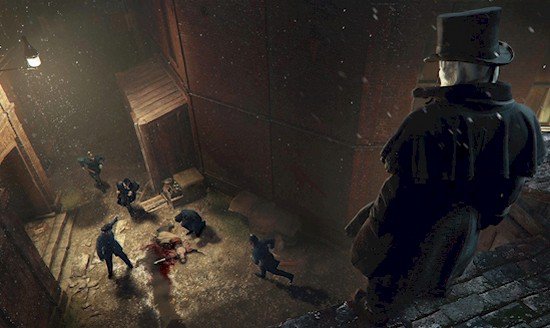 The 2007 movie, ‘Zodiac’ was based on the murders committed by the, still unidentified, ‘Zodiac Killer.’ The killer gave his name as ‘Zodiac’ in the letters he wrote to his local newspaper. 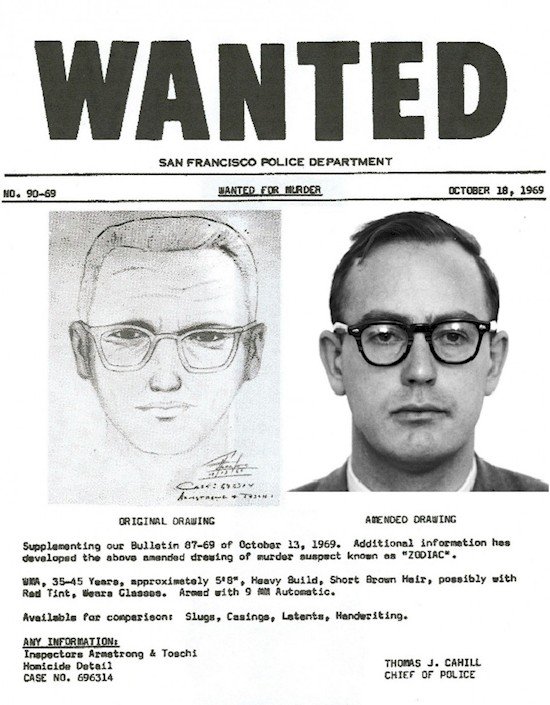 The 2005 movie, ‘An American Haunting’ is based on the story of the ‘Bell Witch’. The story goes that John Bell was poisoned and killed by a ghostly witch back in 1800s, Tennessee. Interestingly, Bell’s death is the only one in U.S. history that is actually recorded as being caused by unearthly forces! There are quite a few movies based around Bell’s story including ‘The Blair Witch Project’ and ‘Bell Witch: The Movie’. 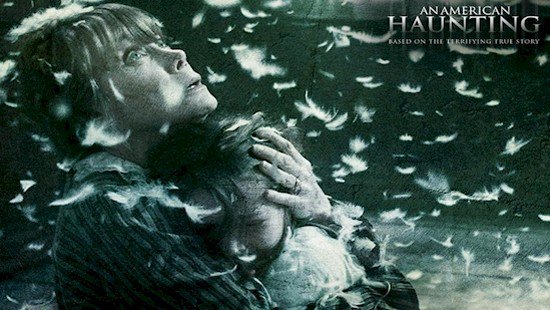 When the Lutz family moved into their new home in Amityville, Long Island, terrifying supernatural events occurred. The scary happenings, which were detailed in the 1979 movie, ‘The Amityville Horror’, were so intense that the family only managed a total of 28 nights in the hell-house before fleeing forever! 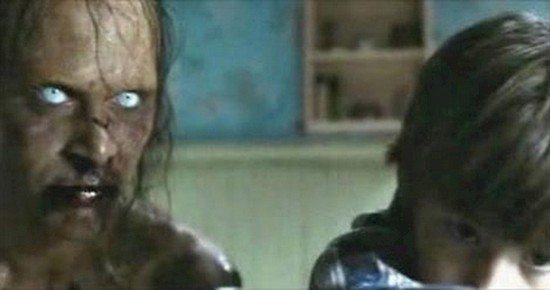 ‘Chucky’ the evil doll from the movie ‘Child’s Play’ was based on a cursed doll named Robert! 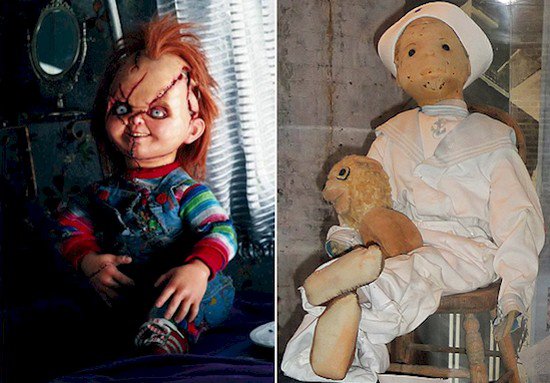 In the 1974 movie, ‘The Texas Chain Saw Massacre’, the character of ‘Leatherface’ was based on real-life serial killer, Ed Gein. Gein stole bodies from local graveyards and created masks and other items from the skin and bones! 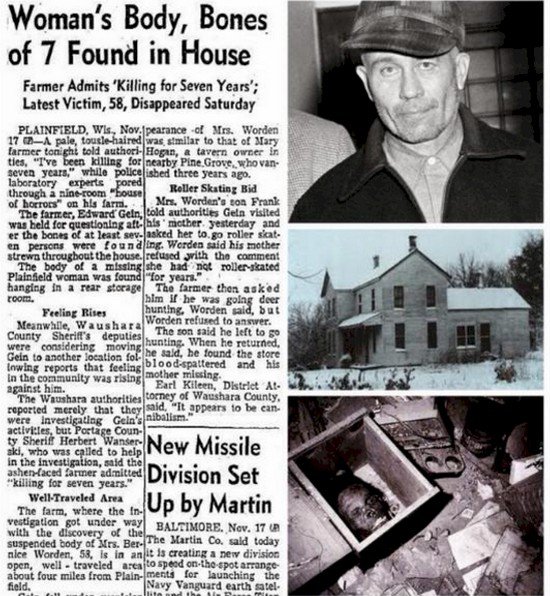 Charlize Theron played real-life serial killer Aileen Wuornos, back in 2003. Wuornos killed a total of seven men between 1989 and 1990, in Florida. 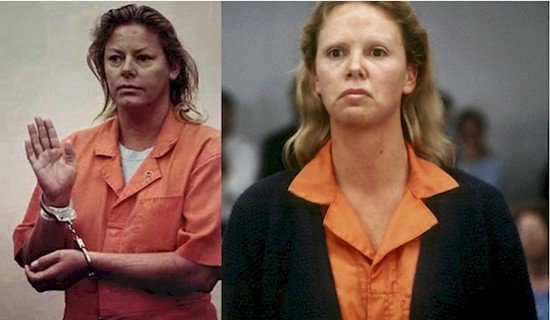 The 2005 movie, ‘Wolf Creek’ in which three young backpackers are abducted after their car breaks down, is based on a number of different and terrible Australian crimes. 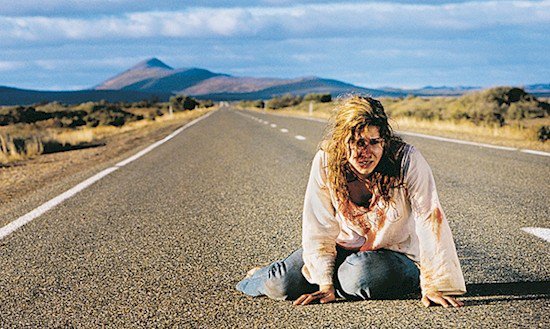 The movie ‘Jaws’, that turned sharks into everyone’s worst ever nightmare, was inspired by, Long Island fisherman, Frank Mundus! 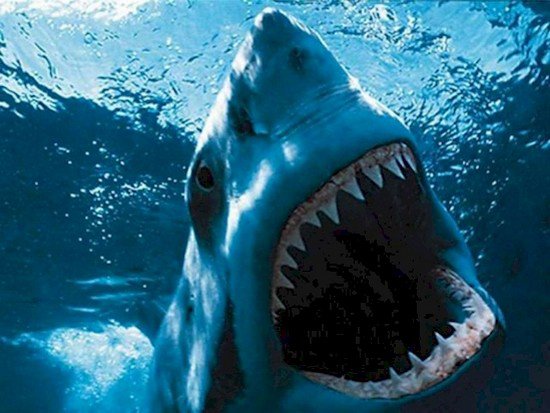 If you thought ‘The Mothman Prophecies’ was a little far-fetched, bizarrely, there was a real ‘Mothman’ in Point Pleasant, West Virginia. The fantastical creature was sighted quite a few times in 1966, and was said to have ten-foot wings! 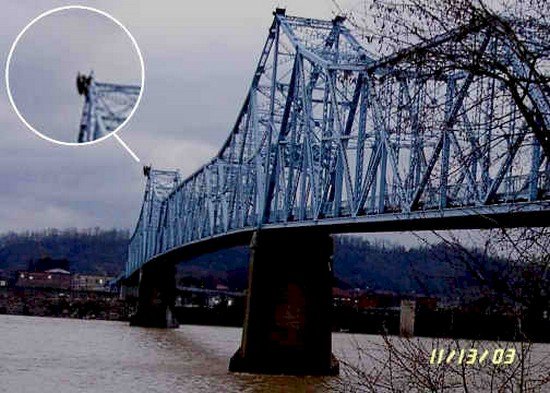 The 2003 movie, ‘Open Water’ tells the true story of two scuba divers who disappeared without a trace near Australia’s Great Barrier Reef! 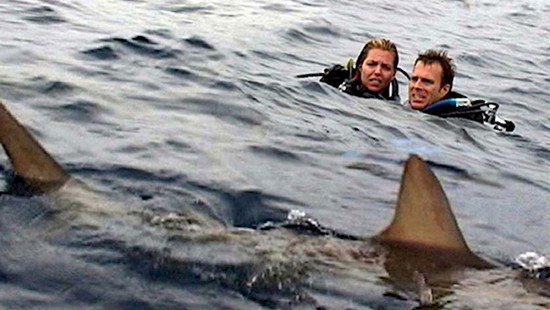 Everyone who sees, 1991 horror blockbuster, ‘The Silence of the Lambs’ is immediately chilled to the bone by ‘Hannibal the Cannibal’ and of course by the terrifying serial killer ‘Buffalo Bill’. Bill’s character was based on serial murderers Ted Bundy and Ed Gein.