We think that most fans of the show will agree that Ross is probably the character you’d like least if you ever actually met the Friends friends (in an alternate universe where they’re not fictional characters). But, in spite of his bad choices, occasional arrogance, rage, and general awkwardness, you still love Ross and he does end up with some of the show’s most hilarious storylines. Patti Greco And Katie Buckleitner from Cosmopolitan wondered what it might be like if Ross had an Instagram account… what photos might he post and what comments might he get from his friends and family? To satisfy their curiosity, they created a mock-up Instagram account and went nuts. The results are hilarious and will have you crying with laughter!

We’ve never understood why the rest of the gang thought his job as what is essentially a DINOSAUR SCIENTIST was so uncool.

Awww… Ross and Rachel. The couple everyone shipped in the ’90s and early ’00s. 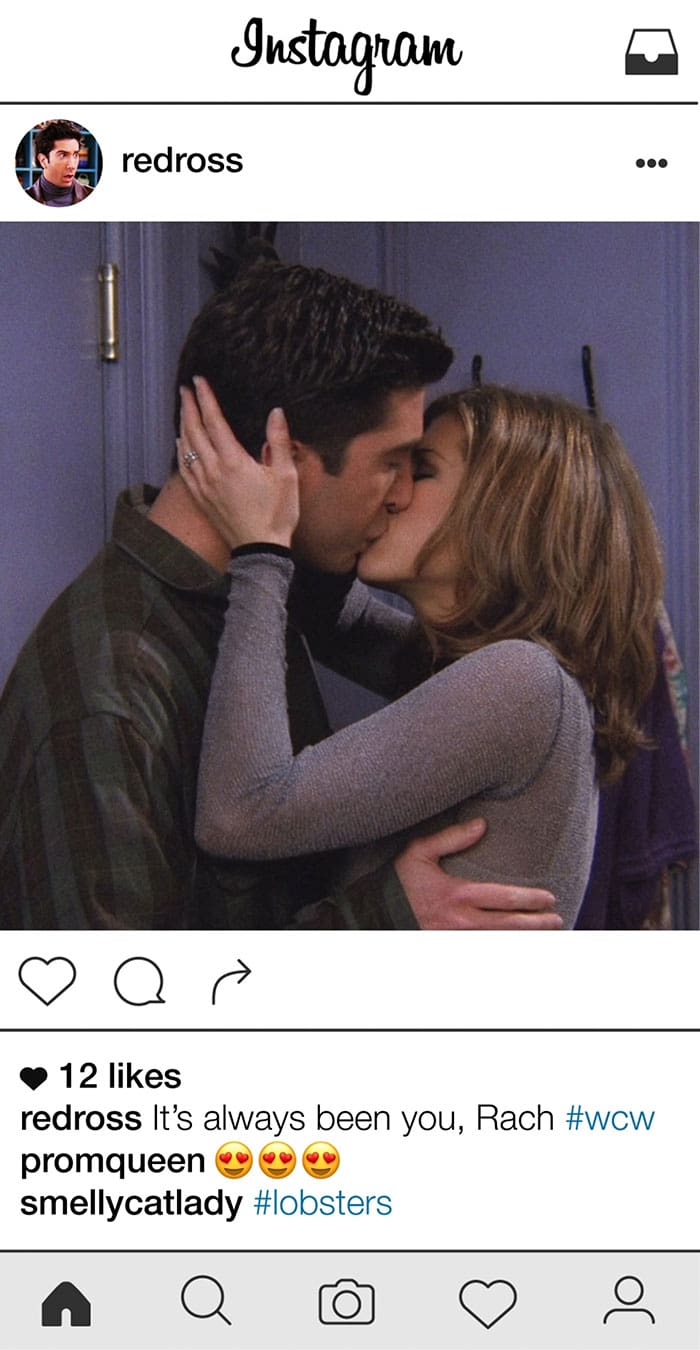 Why the accent, Ross? Why?!

Sometimes we forget Ross used to have a monkey.

Oh, Ross. We think it’s about time you fessed up.

The pants! Oh god, the pants!

Ross and Chandler were so stylish in the ’80s.

We almost forgot about the Holiday Armadillo. Classic parenting move!