The never-ending work of nature moves in a beautiful yet mysterious way. People have tried to capture these movements through still images and recorded footage. But it would be best to witness how a natural phenomenon unfolds right before our very eyes. American artist and sculptor John Grade created an unusual rainwater chandelier to capture the pattern of rain droplets and snow. The piece, Reservoir, looks like a huge fishing net suspended among the trees. But as rainwater falls, it turns into a splendid outdoor chandelier. 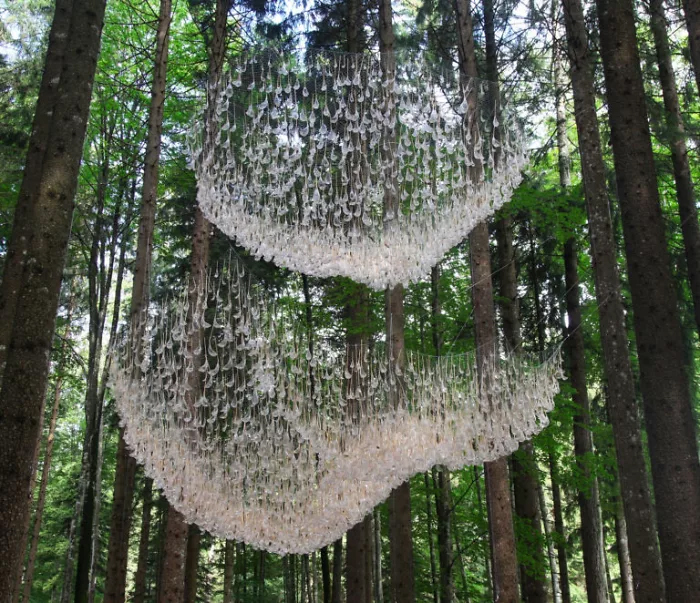 This rainwater chandelier has 5,000 clear plastic compartments that can collect droplets as they fall. As rainwater or snow accumulates, each compartment lowers and changes its shape. The Reservoir only weighs 70 pounds but it can hold up to 800 pounds of water. And when it does, the globules appear to hang like crystals from an actual chandelier. However, the net reverts back to its original form as rainwater evaporates. 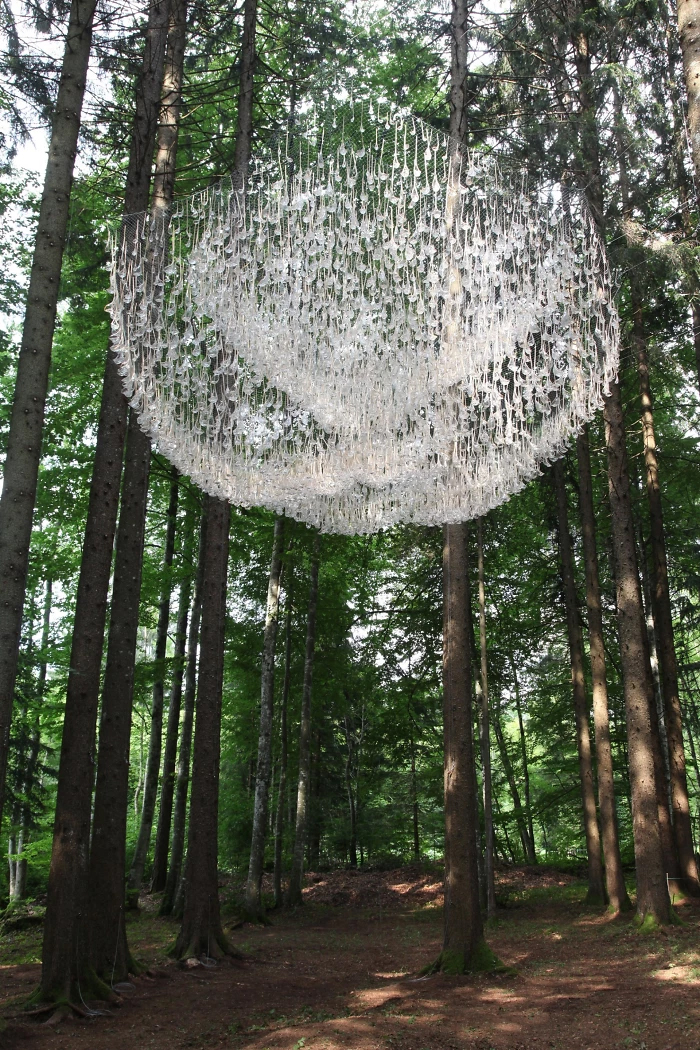 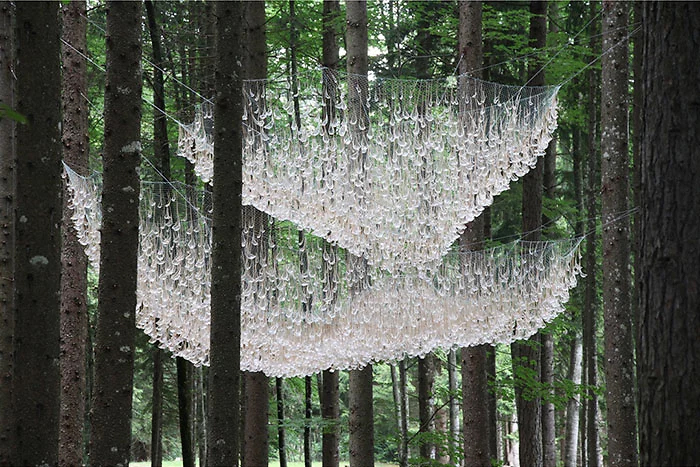 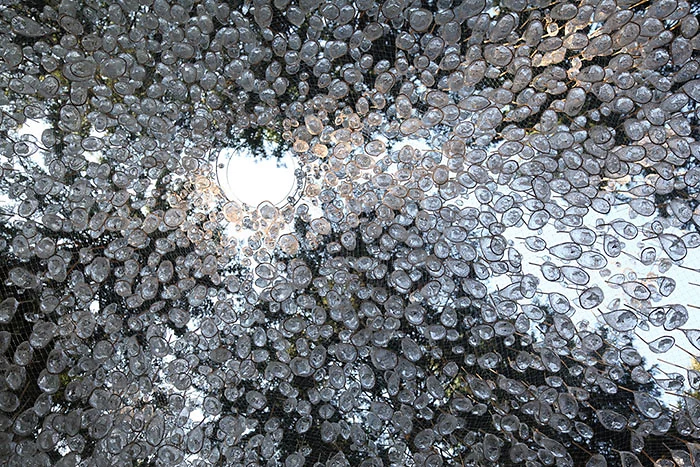 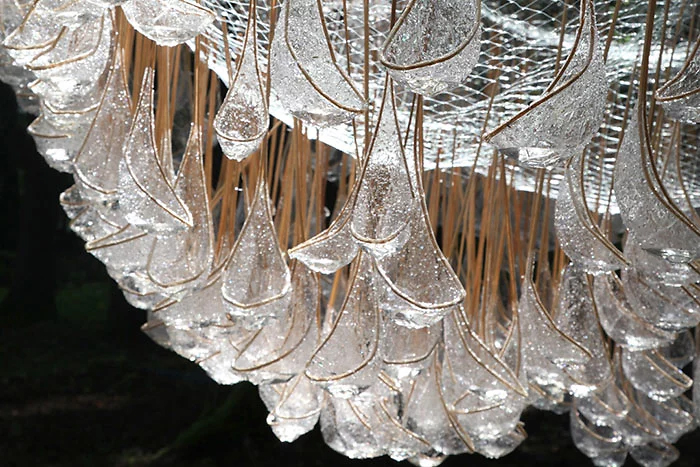 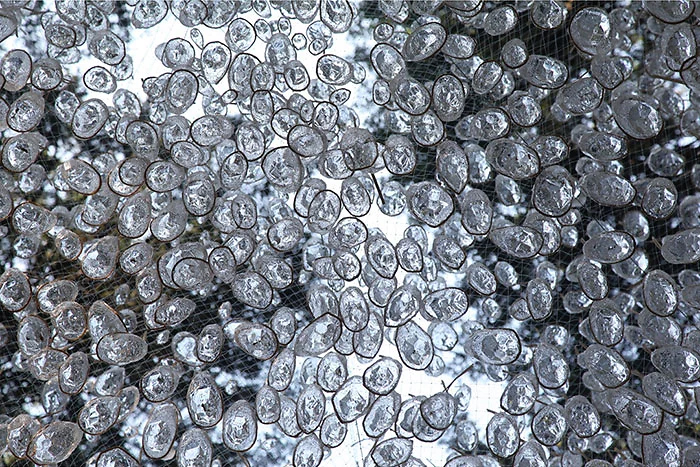 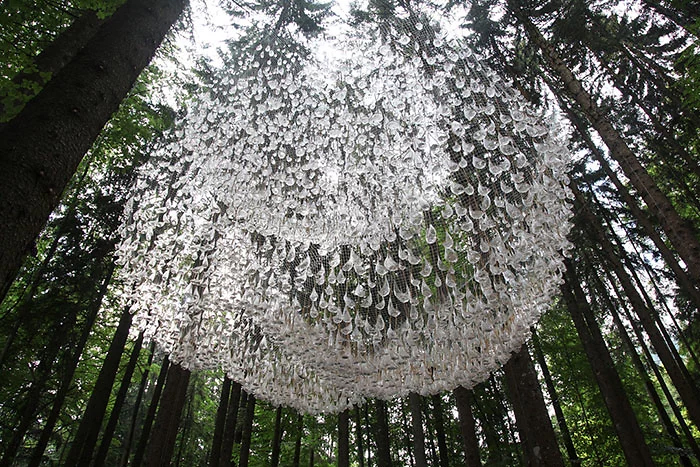 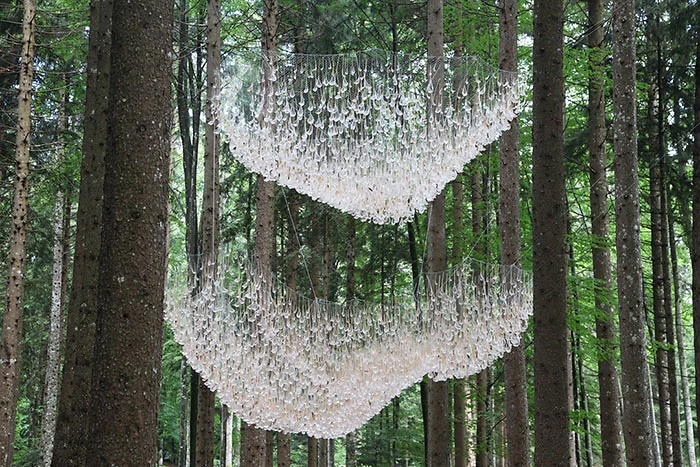 Grade’s rainwater chandelier was installed among the trees in the Arte Sella Sculpture Park in Borgo Valsugana, Italy. Aside from the rain, the net structure also responds to human movements initiated below it. Grade teamed up with Italian dance artist Andrea Rampazzo to show how man-made movements can manipulate the form and movement of the rainwater chandelier. 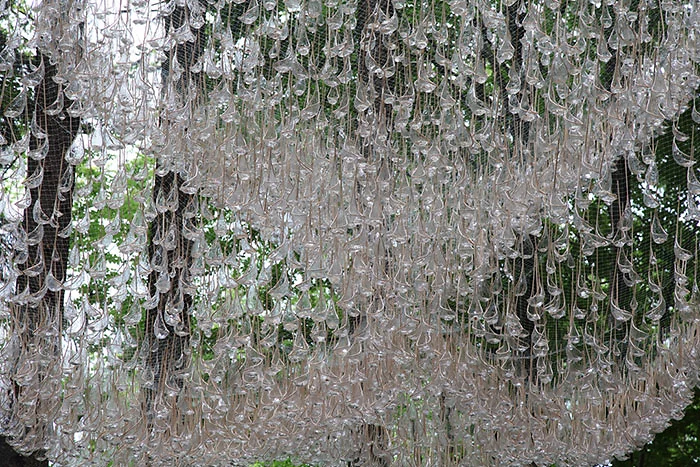 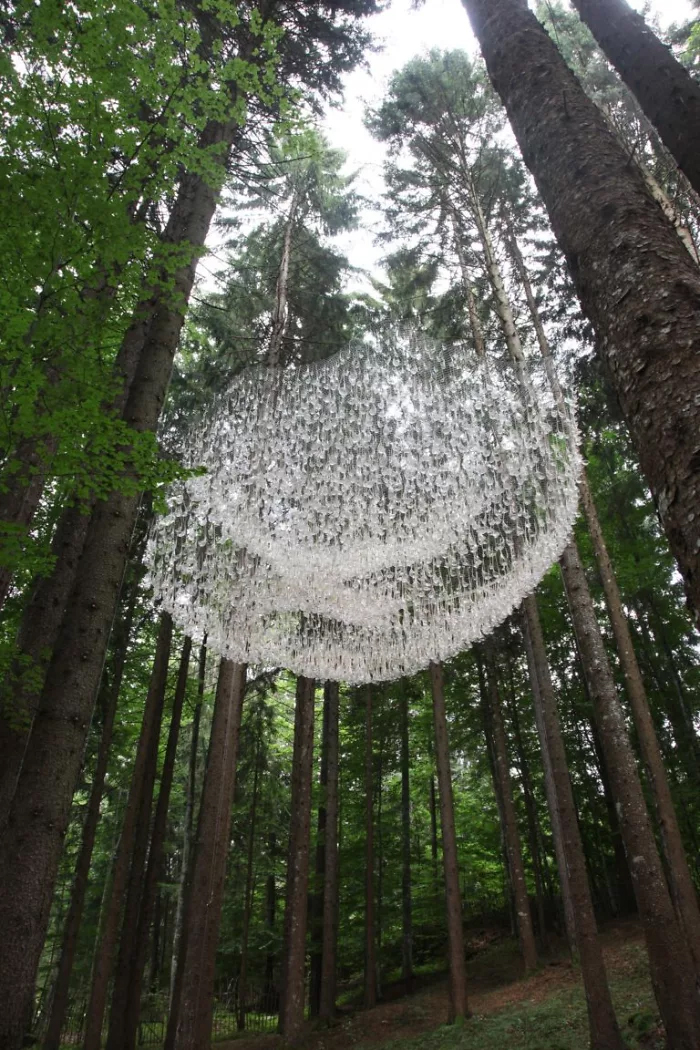 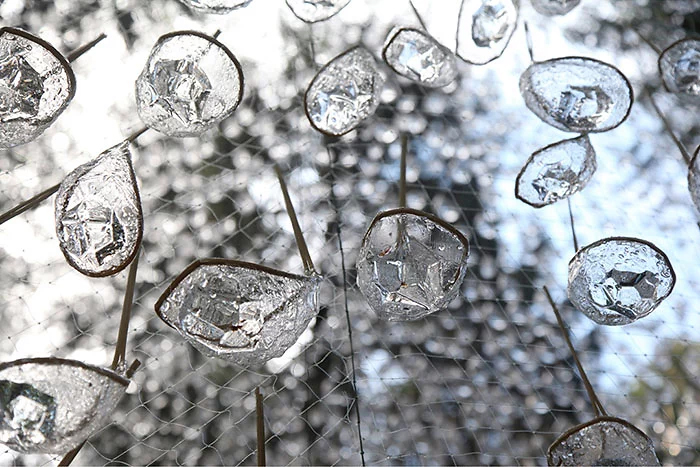 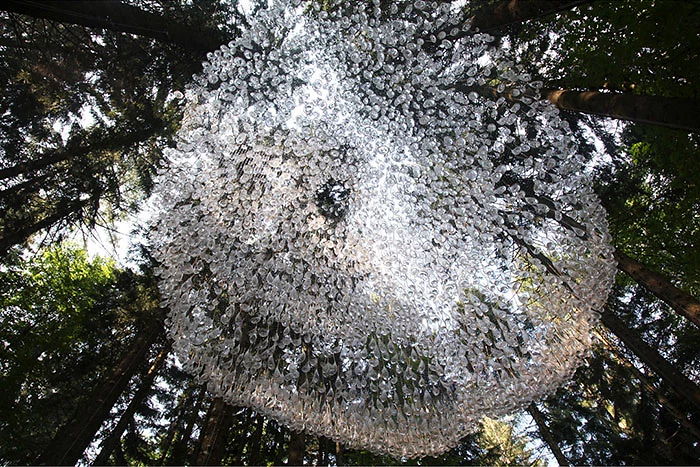 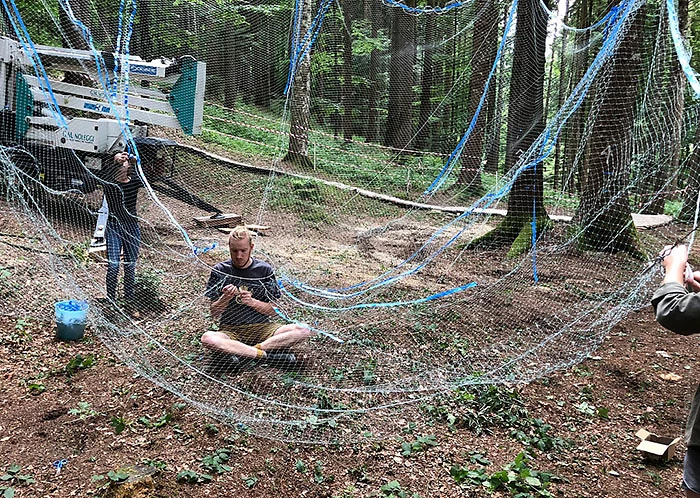 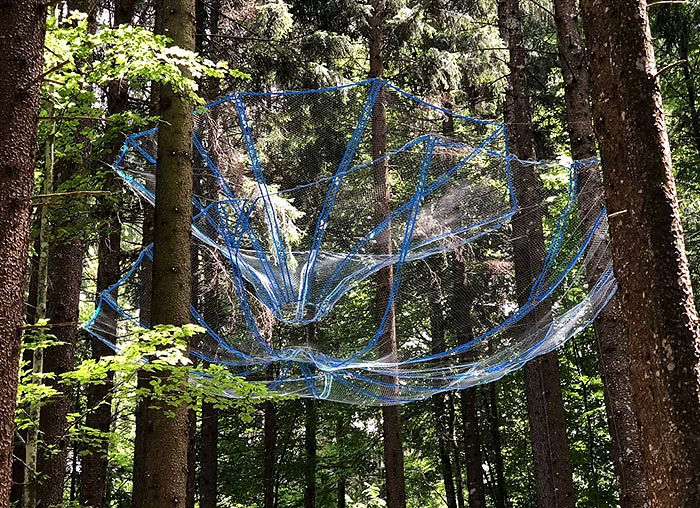 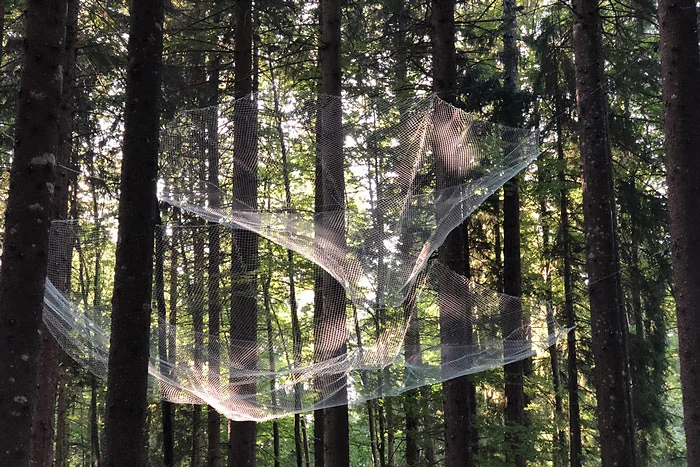 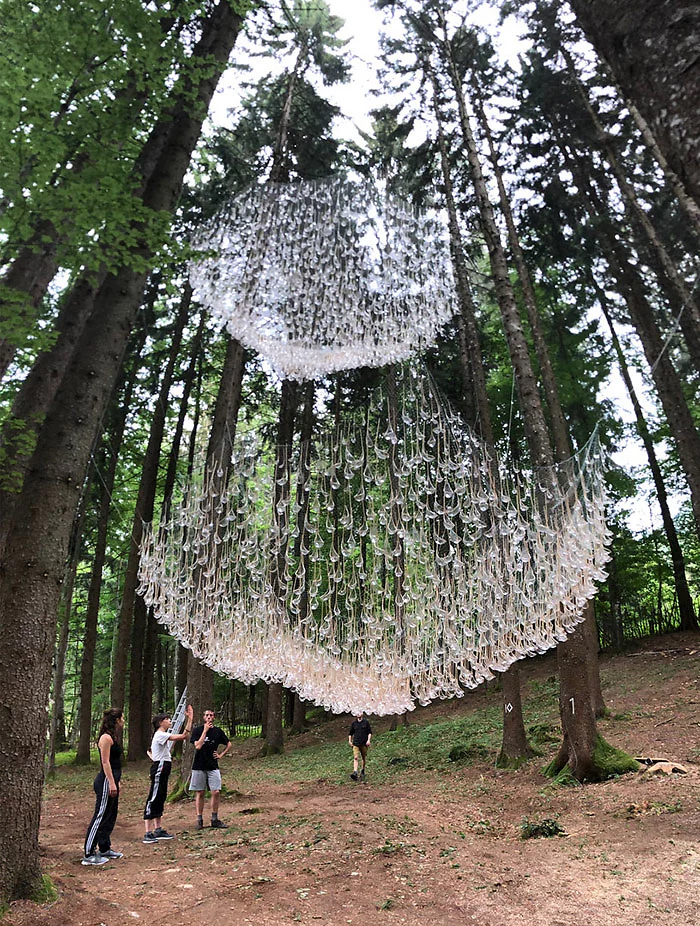 You can check out the artist’s website and Instagram page to see more of his awe-inspiring creations.