With 2020 just a few weeks away, our favorite wafer snack bar is giving us more and more reasons to look forward to the next decade. The Kit Kat Apple Pie flavor is reportedly coming to US stores. This news follows the initial reports of four new Kit Kats currently in the works for an official release next year. Kit Kat seem to like mixing classic pie flavors into their snacks.

If you remember, the brand blessed our candy bowls (and private stashes) with pumpkin pie-flavored Kit Kats for this year’s Halloween season. And while we’re still going to need some time to say goodbye to the limited edition Halloween offering, we’re already looking forward to the new Kit Kat pie-inspired treat!

The snack-focused Instagram account @junkfoodleaks_ announced the Kit Kat Apple Pie alongside the Birthday Cake-flavored bar. It comes in a white package. Which, from our understanding, means that the Kit Kat is still in a testing phase. On the mock-up’s label, you can see an image of an apple pie a la mode against a playful background of apples.

The Apple Pie flavor is different from the Japanese release

In addition, the product is described to have “crisp wafers in apple pie-flavored white creme”. While there may be two similarly flavored Kit Kats, telling them apart is as easy as pie. The Japanese apple pie wafer bars are coated in purple-tinged white chocolate, while the US version comes in white.

However, our main concern is really all about its flavor. Would these two different items taste the same? Or would the American apple pie Kit Kat taste different from its Japanese counterpart? 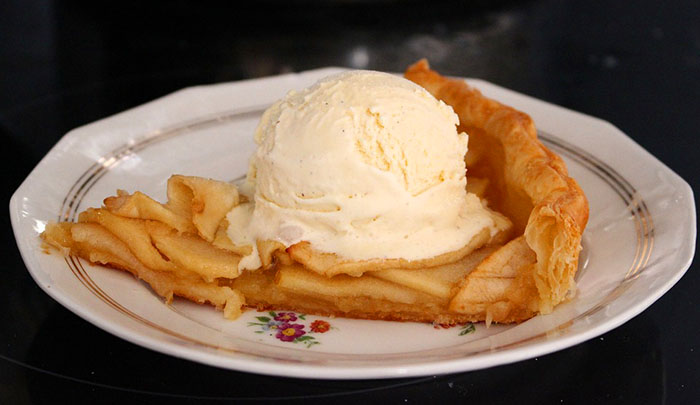 Craving for pie but haven’t got time? Kit Kat’s got you

We’re loving the Kit Kat Apple Pie flavor for a lot of reasons. First of all, it’ll definitely help us satisfy our pie craving on the go. Second, you’ll be getting a lot of cinnamon and apple flavor, per the Carb Cadet’s comments. The sampler noted that “they’re not as artificial as many apple pie products out there”. Third, it’ll make you think of home because you will probably be missing a freshly baked pie.

As of writing, no further information has been provided about the special 2020 Kit Kats. But we’re on high alert for them!