There are plenty of people that exist in our world who attempt to smuggle things into other countries illegally. The first thing that generally springs to people’s minds when they think about this subject is drugs. However, there are so many more strange and shocking things that people attempt to travel with. Here we have an interesting list of items confiscated by border security agents. Take a look but beware some of them are not for the faint hearted! It really is worrying what some people are capable of! 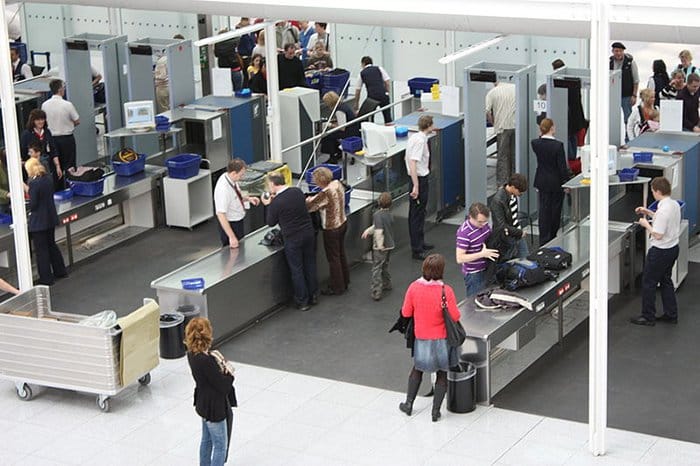 There are many of us who would love to have a baby tiger (or five) in our lives. They are undeniably stunning creatures that you could cuddle for hours on end. However, most of us understand that wild animals such as tigers are not meant to be kept as domestic pets. As gorgeous and endearing as these exotic animals are, particularly as babies, they belong in their natural habitats. 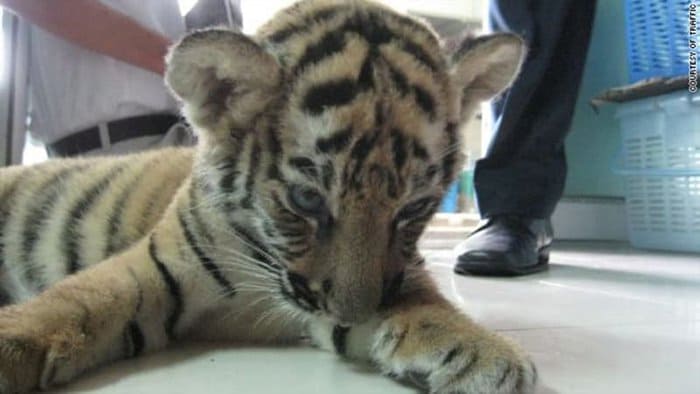 Unfortunately, not everyone has the correct mindset. An example of this would be a woman who back in 2010 drugged a baby tiger then put the poor baby into a suitcase surrounded by plush toys. She presumably hoped the stuffed toys would help to disguise the baby tiger as just another toy. The evil woman had planned to sell the cub on Iran’s black market. Obviously, the tiger came up differently to the plush toys on the x-ray scanner and was thankfully rescued. The baby tiger was then sent to live at a wildlife conservation park. 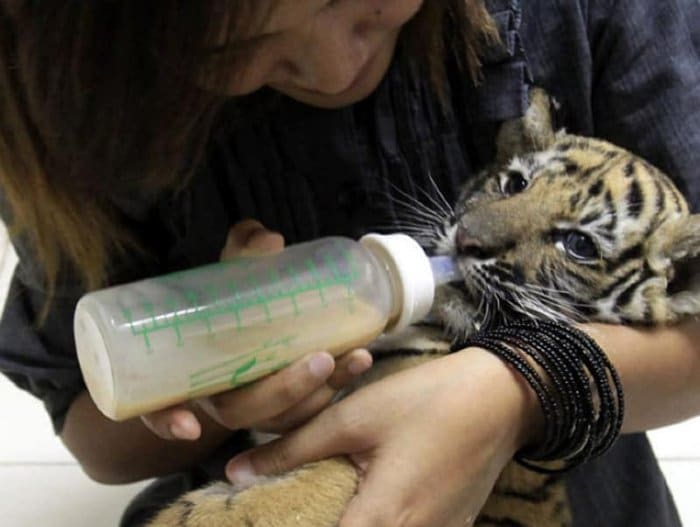 A Giant Squash And Some Haggis

It’s not unheard of for people to enter competitions that revolve around supersized fruit and vegetables. However, it’s not so common to come across huge items of fruit and vegetables in random shipments! The agents at a British airport came across a huge squash that was big enough to harbor a small child inside. It weighed roughly 60 pounds and was 4 feet long! The shipment originally came from Asia. 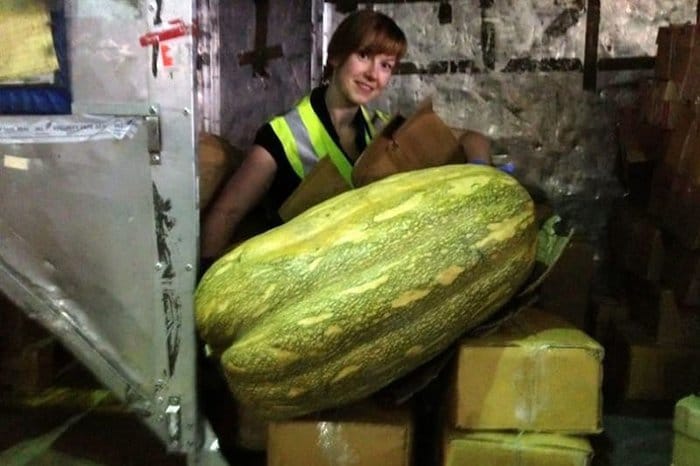 The agents who were investigating also came across 175 pounds of illegally imported fish. What certain people try to get away with blows us away! Another incident at the same airport involved a man called Ian Blake. Security thought they had come across an explosive device among his belongings but it turned out it was just a container of haggis he wanted to bring on his travels! 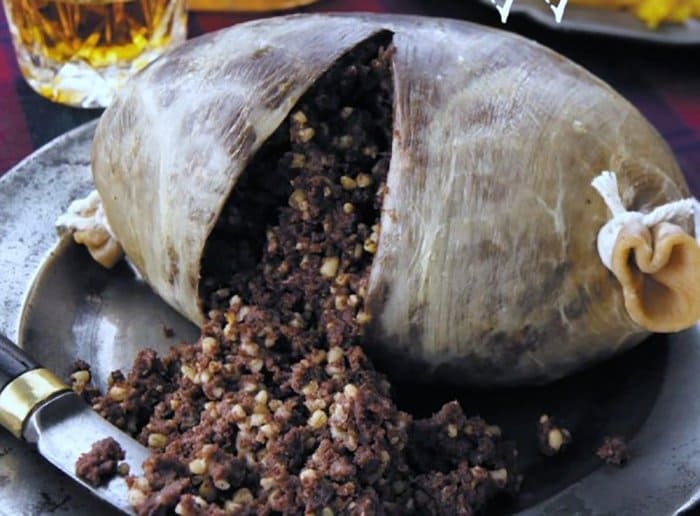 For those who aren’t a fan of spiders, tarantulas can be rather terrifying. Many of us couldn’t think of anything worse than being in the presence of just one of these arachnids, let alone numerous ones! So, imagine your horror at being the poor security agent who rumbled a couple for trying to smuggle 200 tarantulas onto a flight. 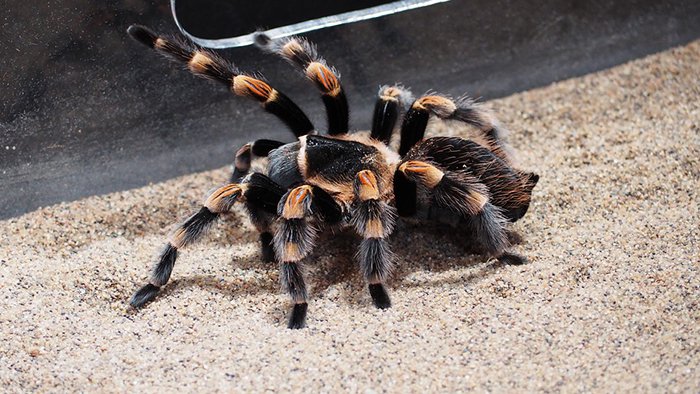 The couple were on their way home to South Africa from Amsterdam’s Schipol Airport when their luggage was seized. Not only were the couple in possession of the 200 living tarantulas, they were also transporting millipedes, grasshoppers and a few other types of insects. It turns out they had collected the creatures on a trip to Peru and placed them all into plastic bags. The presumed intention was to sell them illegally as some of the rarer ones would have fetched a high price. 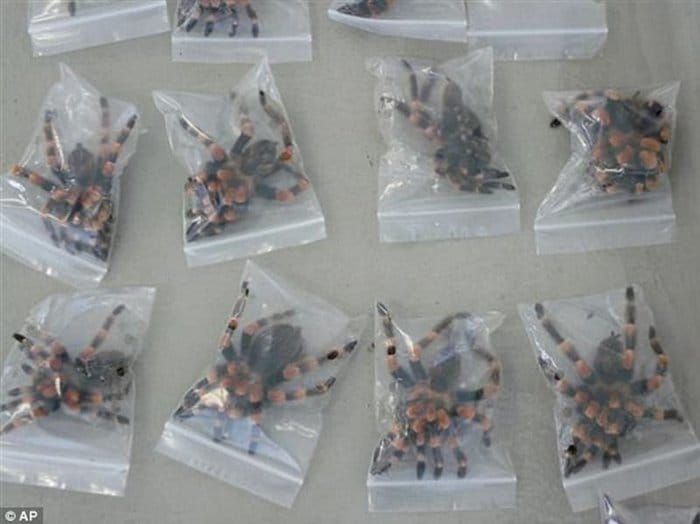 Back in 2012 at Cairo International airport, border control agents were looking over some large freezer boxes coming in from Sudan. Inside they found 420 pounds of cow brains. This may sound strange to you but surprisingly this wasn’t an uncommon thing to come across. 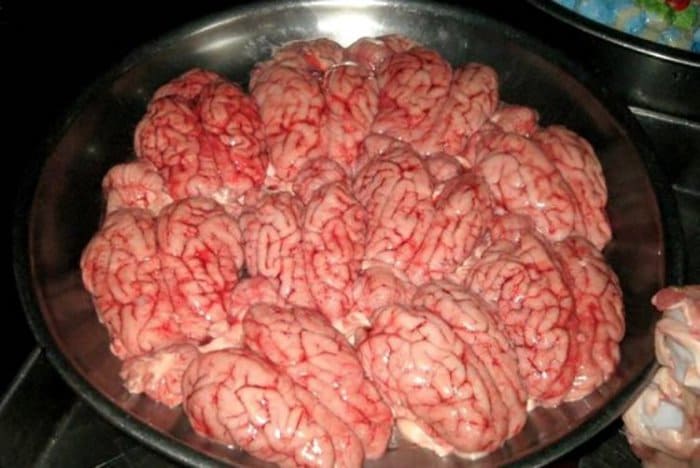 In Egypt, cow brains are considered a delicacy when served fried with a spicy sauce and some pita bread. In Sudan, the brains can be purchased for roughly $1 per pound. However, in Egypt, they can sell for a much higher $6 per pound, hence why they were being brought into the country. This huge find was actually the fourth time that week that the agents had rumbled people for trying to travel with cow brains. 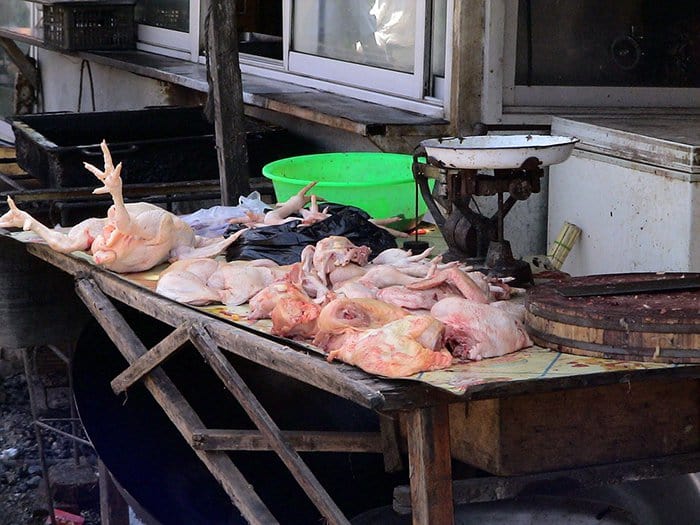 You may be surprised to learn that birds are something that people try to smuggle very often. To most of us, pigeons wouldn’t be considered exotic, but that hasn’t stopped people from trying sneak them into other countries to sell. An example of a this is a man from Australia who was caught attempting to smuggle 2 pigeons he had strapped to his legs. However, this incident is fairly tame compared to our next stories! 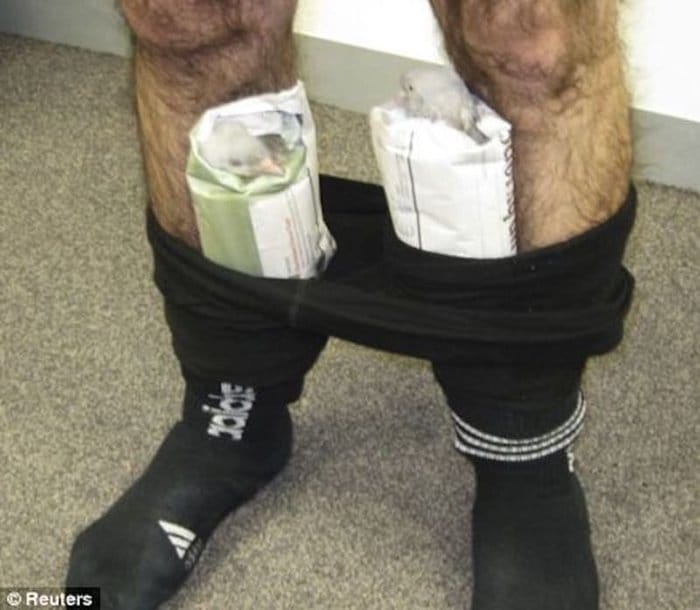 There was once a Vietnamese guy who tried to smuggle 18 birds, all of which were alive, in his pants. Unsurprisingly, he was fumbled. How on earth do people expect to get away with things like that? 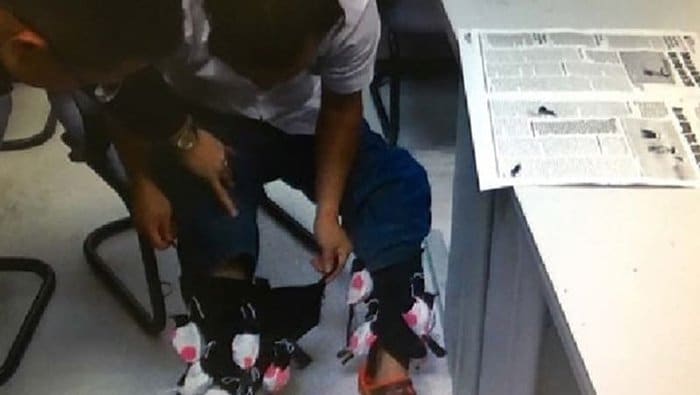 Furthermore, in 2011, a Dutch man stuffed 10 hummingbirds, again all of which were alive and not sedated, into hidden pockets he had sewn into his pants. Airport officials noticed he was behaving in a strange manner. Shockingly, this wasn’t the first time this guy had been caught trying to smuggle hummingbirds. Some criminals just refuse to give up! 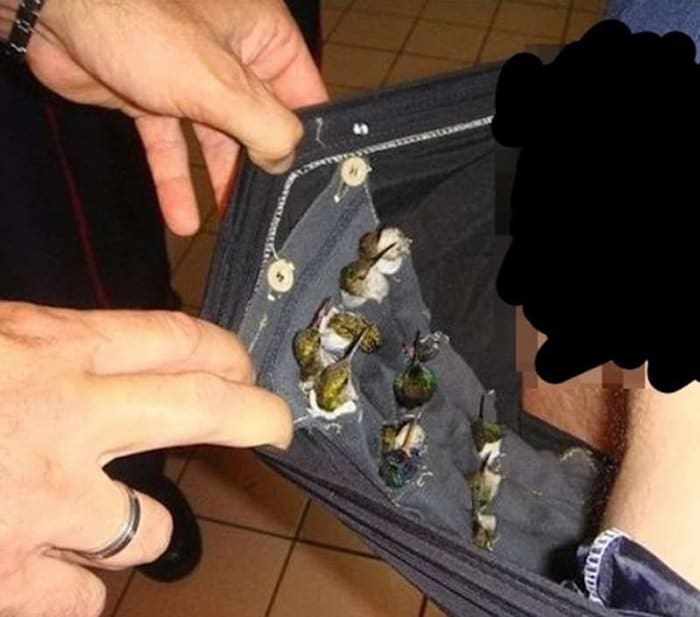 Next up we have a very strange, and really sad, incident. In February 2017, roughly 180,000 pounds of chicken wings were seized from a shipment that originated from the Netherlands on its way towards Malaysia. The delivery was not accepted on arrival due to lacking the correct permits paired with the fact the officials couldn’t even figure out who was responsible for the wings. 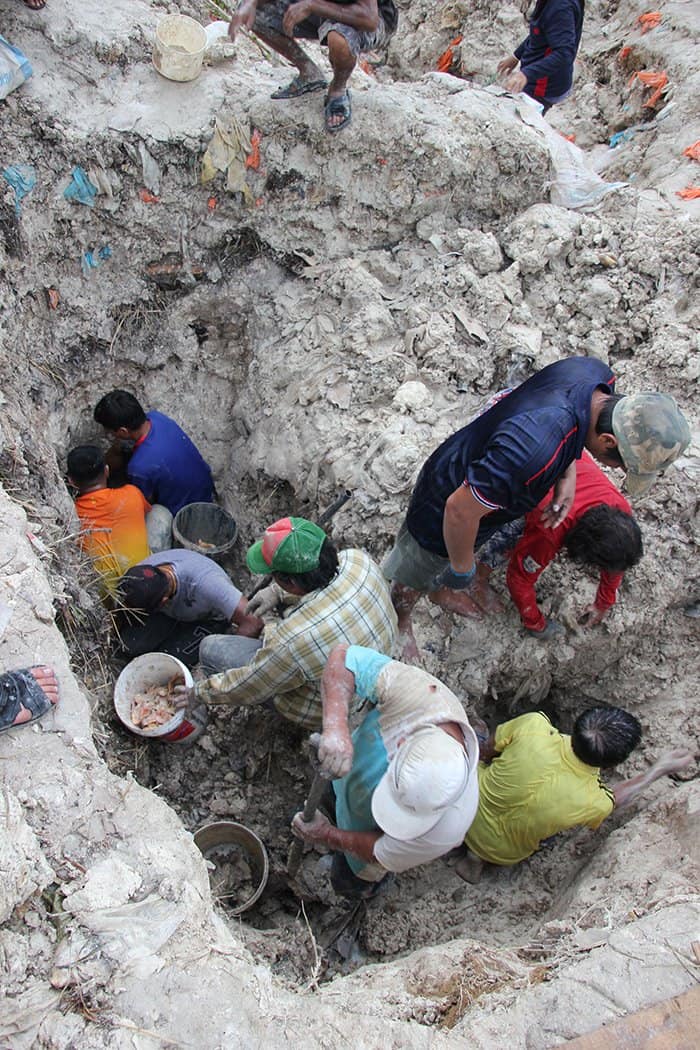 For some reason, it was decided to bury the chicken wings at a large disposal site. However, word spread about what had happened so the locals flocked to dig up the meat. It’s tragic that those people were in such a state of poverty that they were willing to dig up and eat potentially dangerous food. Eventually, police got involved to stop what was going on and the remaining wings were disposed of in a more permanent manner. 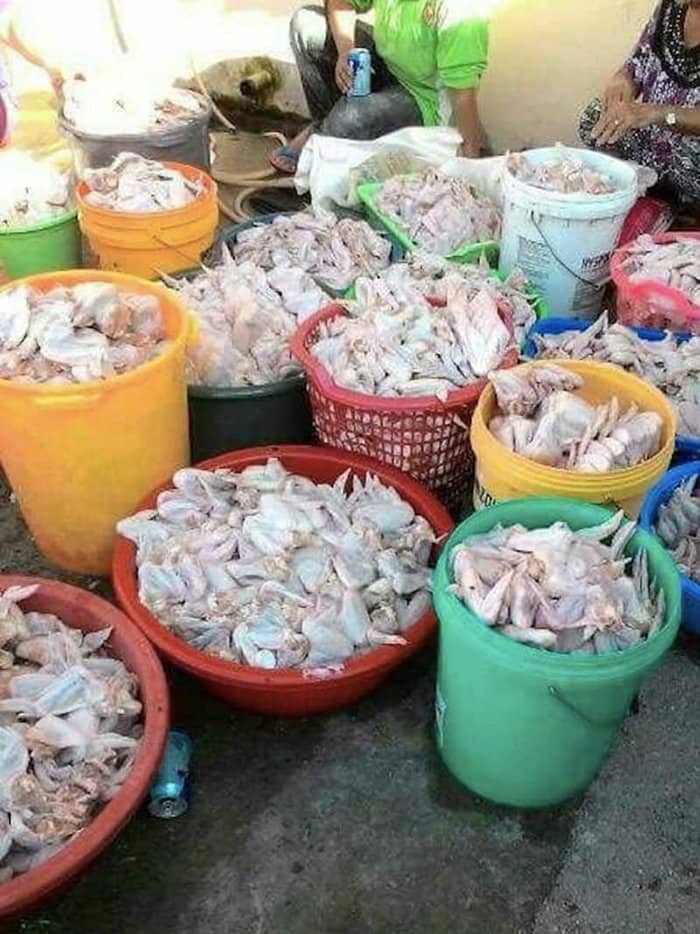 It’s truly scary to think about some of the things that go on in the world. Back in 2007, security agents at London’s Stansted Airport inspected a passengers bag only to find some haunting things looking back at them… eyeballs. A total of 10 were floating in a jam jar surrounded by fluid. 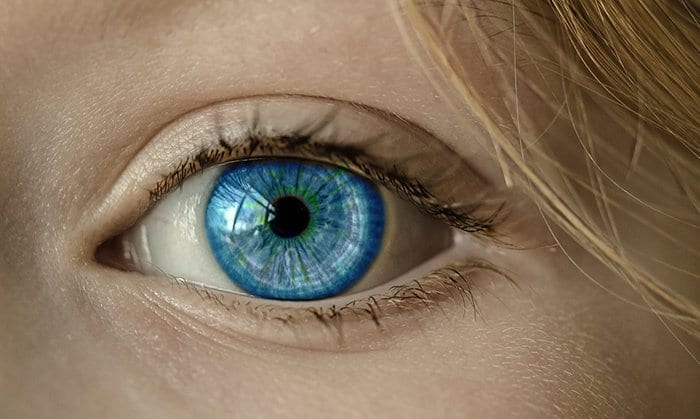 Unfortunately, there wasn’t much more information than that released so where the eyeballs came from and what their intended use were remain unknown to us. Another human body part found in someone’s luggage was an entire human skull. In 2016, a German man was caught with one, which he claimed to have purchased at a local market in Rome for 50 euros. 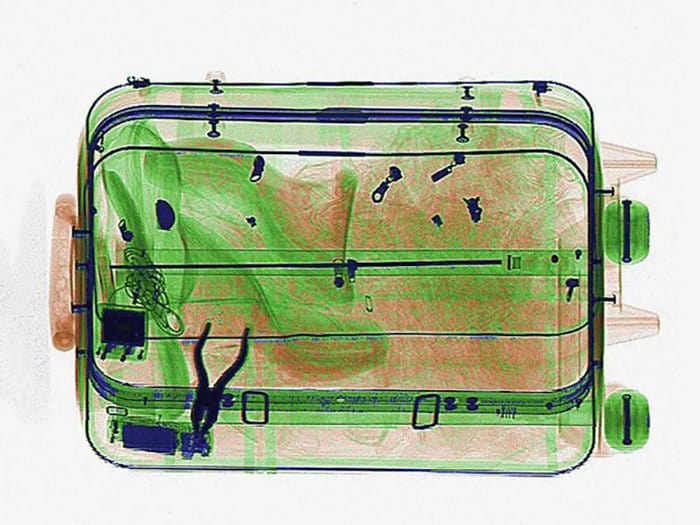 Chameleons are wonderful creatures that are well known for their color changing capabilities. In fact, one chameleon was so good at adapting to their surroundings that they managed to slip past airport security whilst out in the open. Back in 2002, a 17 year old British girl drew a lot of attention from fellow travelers who noticed that there was a chameleon sitting on top of her headscarf. The girl claimed she did not know she had done anything wrong. She had bought the chameleon in a Saudi Arabian Market. However, she was not aware it was endangered. So, the creature was confiscated so that it could be given to an expert to care for it. We’re not sure whether she was deemed to have made an innocent mistake or was found to be guilty but we’re just glad the chameleon was unharmed. 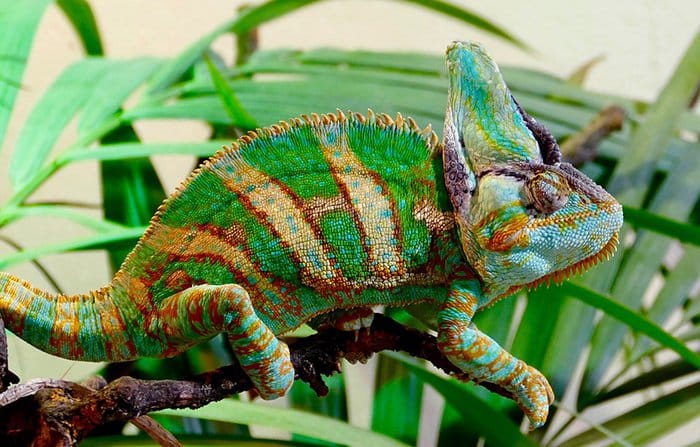