Dan Piraro is an illustrator and cartoonist best known for his single-panel cartoon strip ‘Bizarro’. He’s created comics depicting a wide variety of topics, including these illustrations of hilarious therapy sessions. They are probably some of his most popular drawings, and they show therapist’s encounters with unusual and prominent characters. Piraro’s brilliant use of metaphors and witty humor are evident in his work. You’ll also notice irrelevant objects such as a piece of pie, an eyeball, dynamite, a UFO, and many others. Piraro calls these objects his secret symbol and you’ll find them in most of his comics.  Humor is indeed the best therapy for the troubled mind. As you can see from these hilarious therapy sessions as illustrated by Dan Piraro, there’s nothing that can cure an ailing spirit better than a good laugh.

Just a seven-foot hulk. A green-skinned and ill-tempered man. Okay, next. 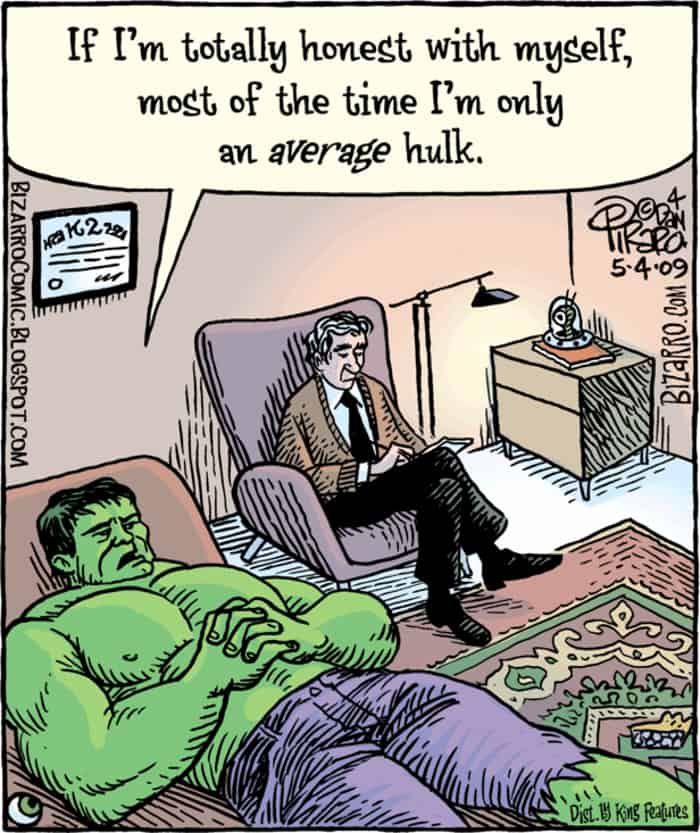 This bird thinks she has a very horrible mother. 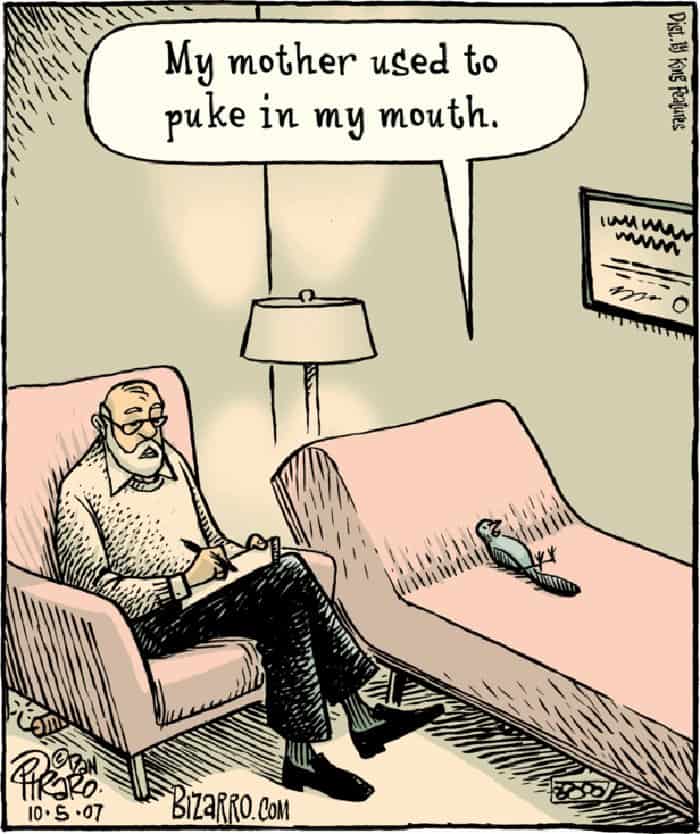 That would be attainable, if you could only keep your mouth shut. 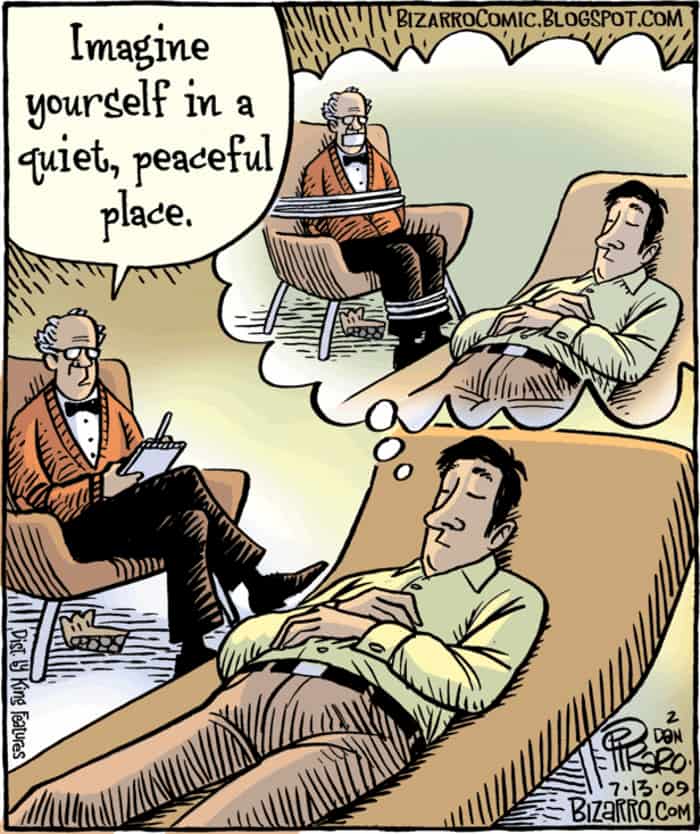 This is not about you, it’s about me. 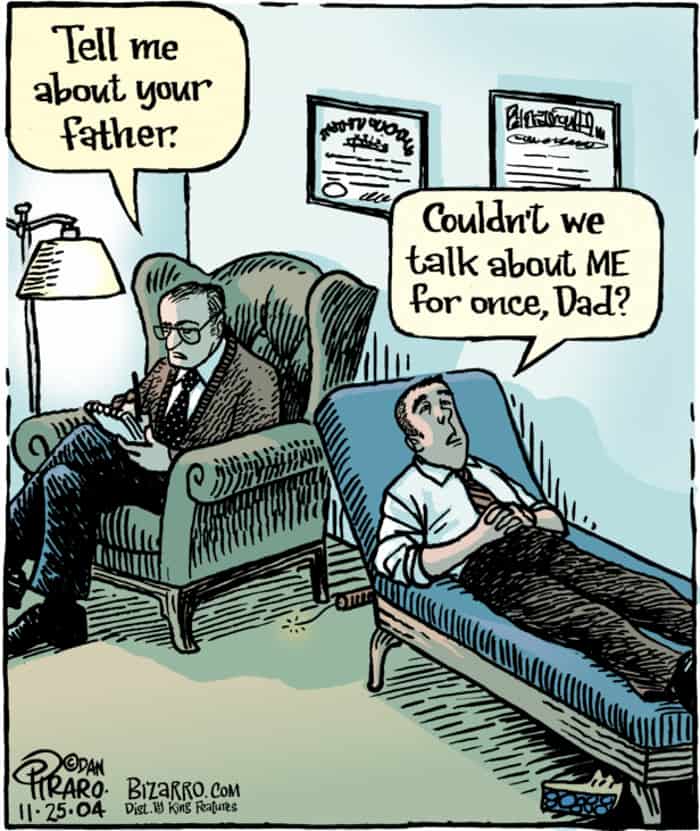 Squirrels and nightmares don’t make sense! Are you nuts? 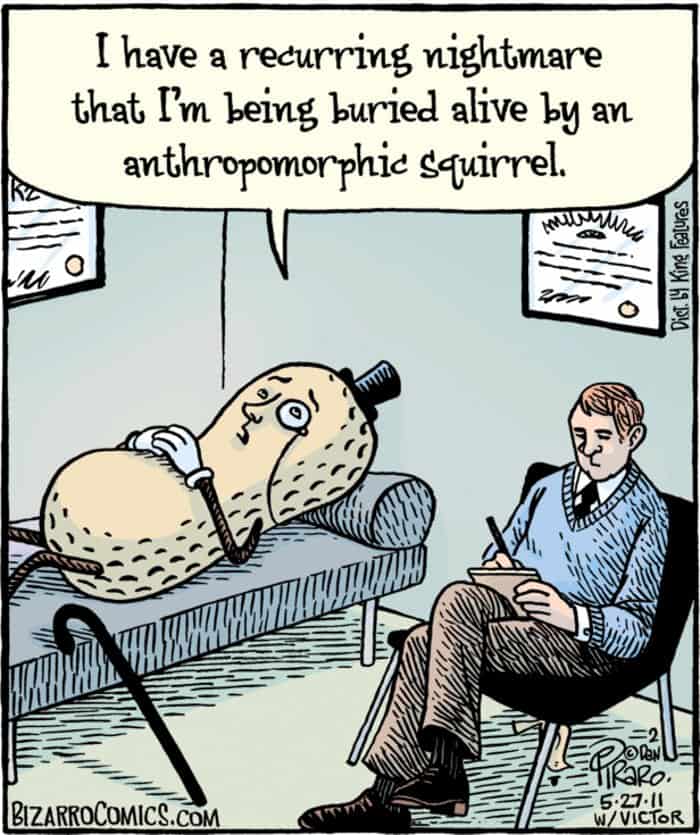 Obviously, the patient isn’t quite well.

She’s either an imaginary girlfriend or a ghost of a girl who is desperate for a romantic relationship. 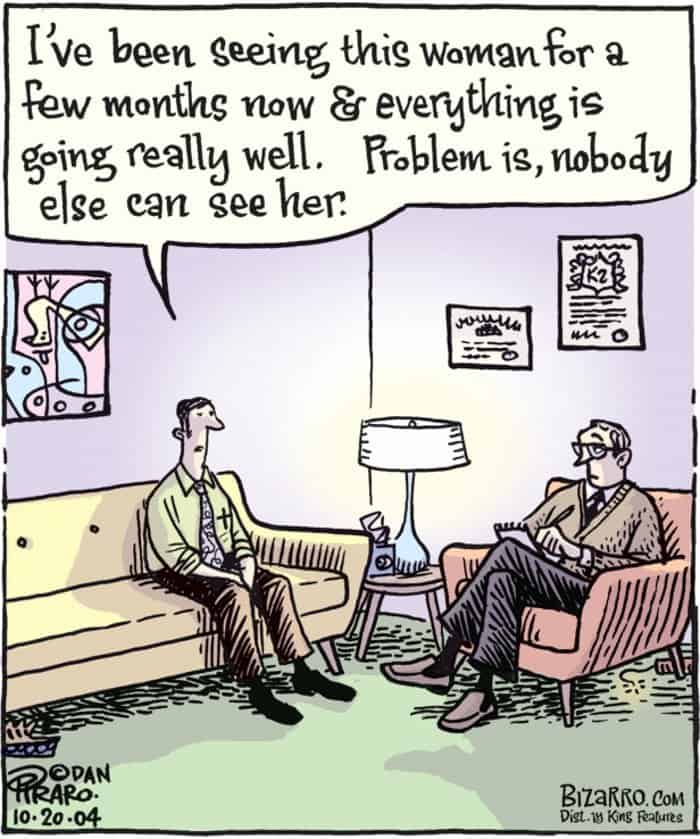 Witty drawings to show the funny side to therapy

His gift of multiple characters is taking its toll on him. 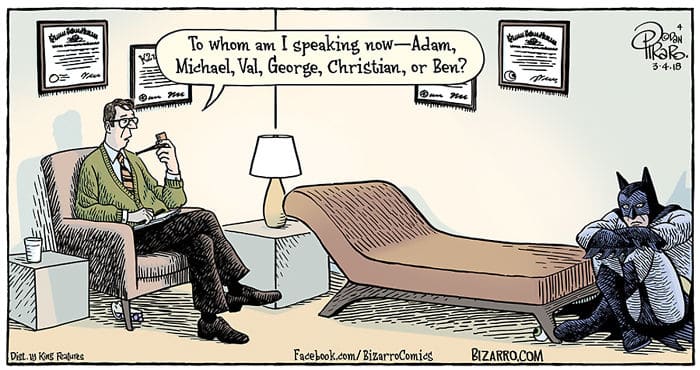 Teach by example to be an effective counselor. A drawing many will relate to. 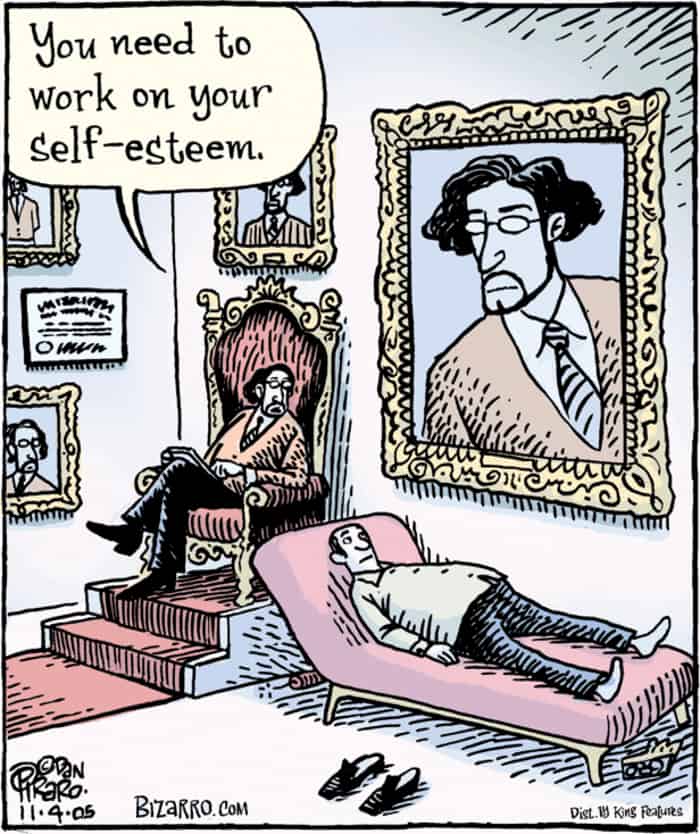 Who would pay to stare at a splatter of black ink on a paper? A lot of people, I guess. 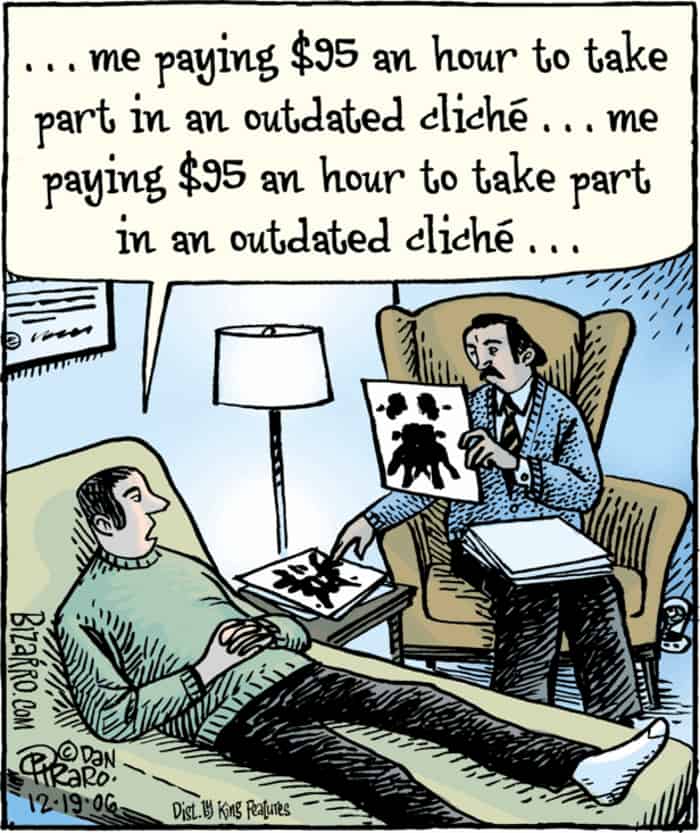 Now your time has come to face the grim reality. 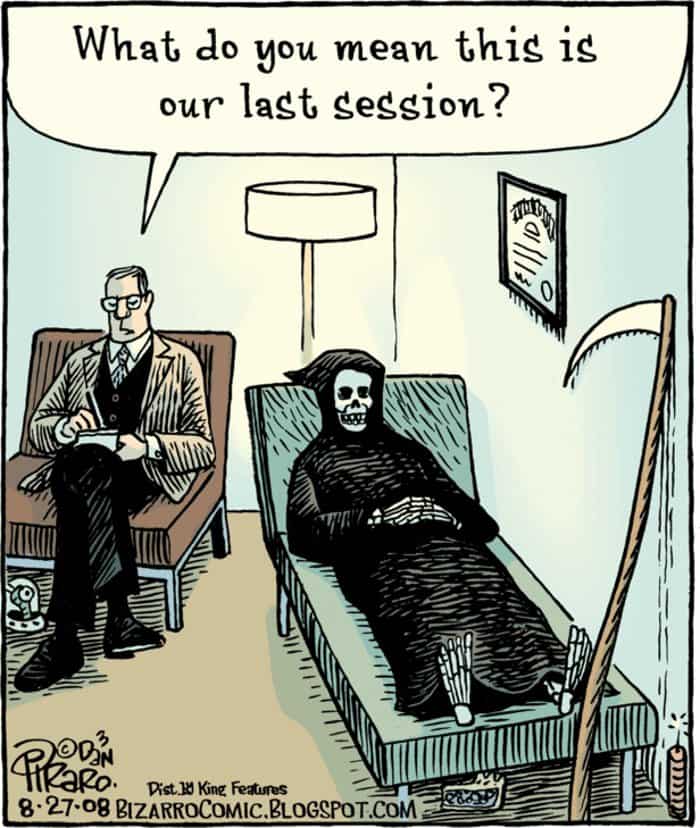 Sorry, but that annoying talking bird has to go. 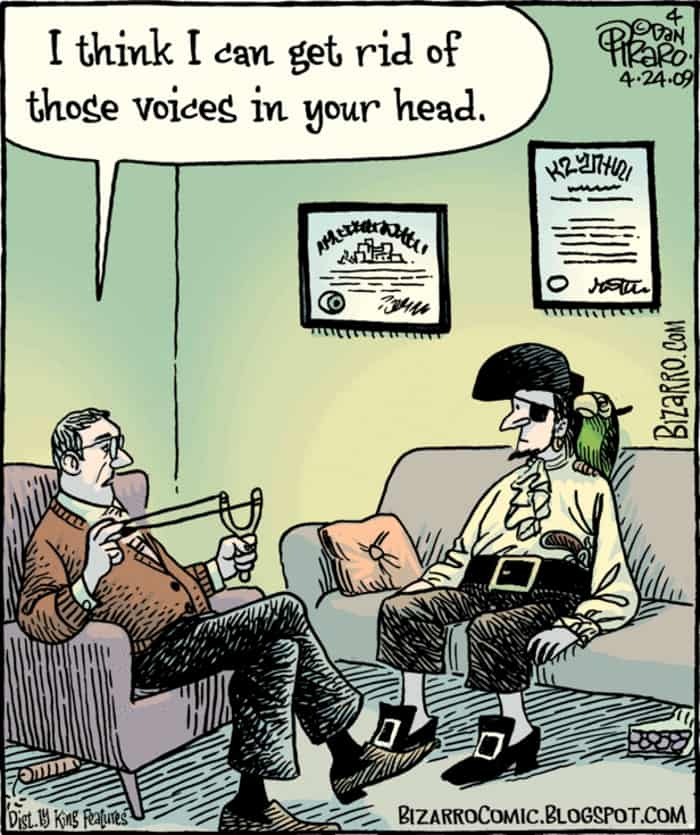 Even now, people still refuse to discuss the elephant in the room. 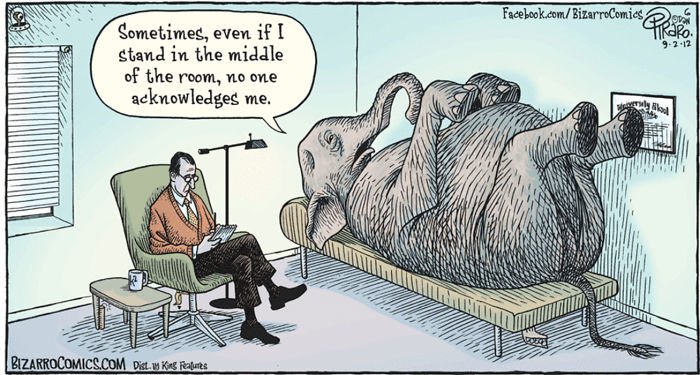 I can see this kid’s future. He will certainly grow up to become a self-entitled brat. 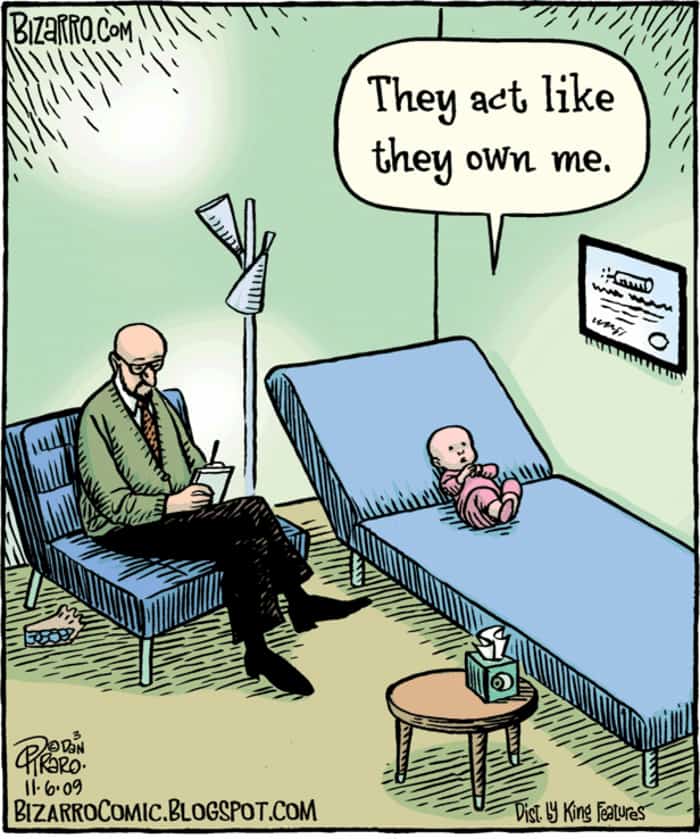 Waldo is fed up and tired from constant hiding. 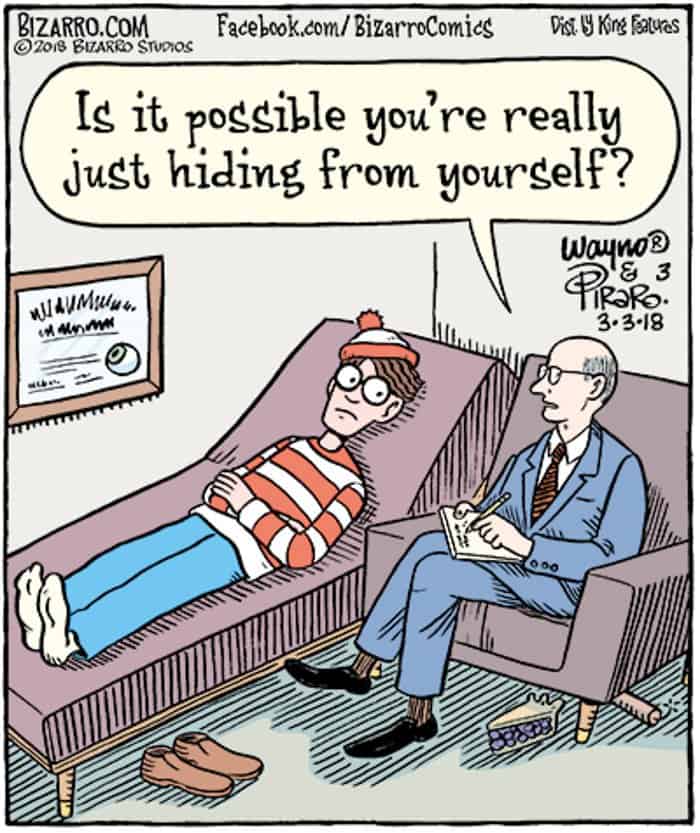 What do you think of these hilarious comics?