It goes without saying that being a parent is one of the most rewarding and fulfilling experiences. Seeing an innocent baby grow and learn how the world works is a wonderful thing. However, let’s not pretend it’s all sunshine and rainbows! Parenthood can also be extremely testing, tiring and stressful. Sometimes things can get rather overwhelming. Thankfully, people can still manage to have a humorous outlook. Here we have some of the most hilarious parenting tweets of the year so far. Take a look!

This is an argument that would be quite hilarious to watch!

He is going to be mortified! 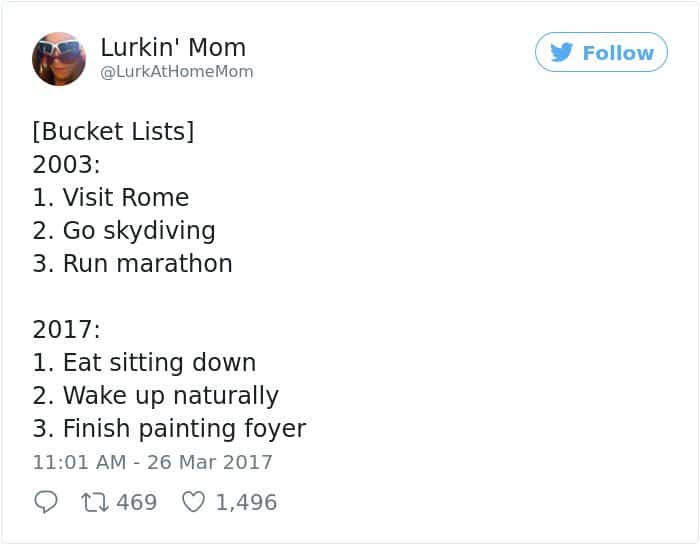 We can just imagine this couple laughing their heads off! 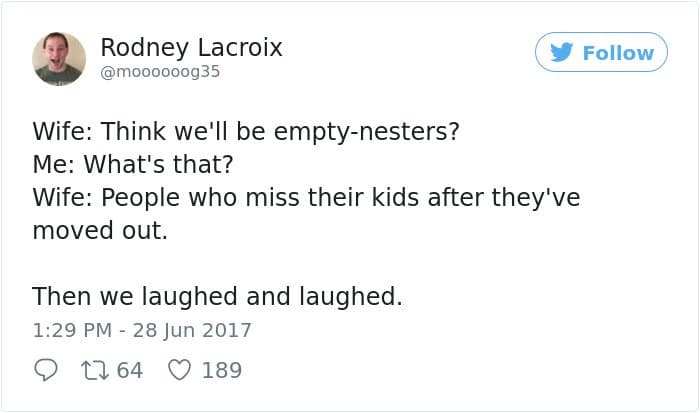 If your kid doesn’t change their likes and dislikes every other day, are they really your kid?

Well, a penguin shaped ice cream would be pretty cool. 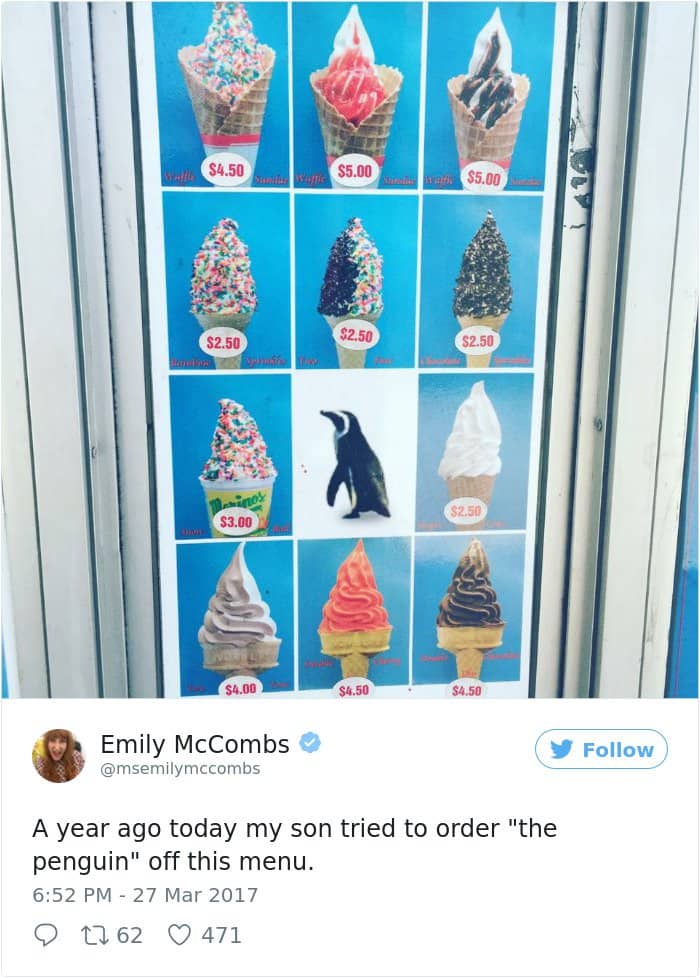 Sometimes, it feels good to state the obvious.

The girl should have used her threat as a bargaining chip instead it seems!

You can’t deny, kids do make you stop and think!

Changing the world, one lick at a time. 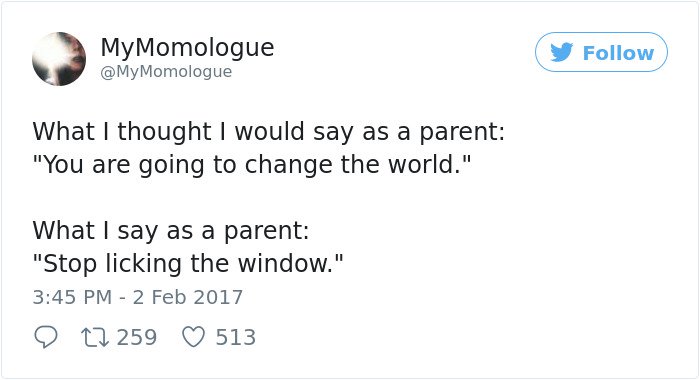 Jennifer, we couldn’t agree with you more!

If you’re a parent yourself, we’re sure that you’ve identified with more than a few of these images. Although kids can really test your patience at times, ultimately they are fascinating and brilliant little people. Shaping a young mind can be a daunting thing, so always remember not to be too hard on yourself. No one is perfect and there will always be hiccups along the way. Keep going to see even more hilarious parenting tweets!

We don’t blame her. Peanuts are awesome. 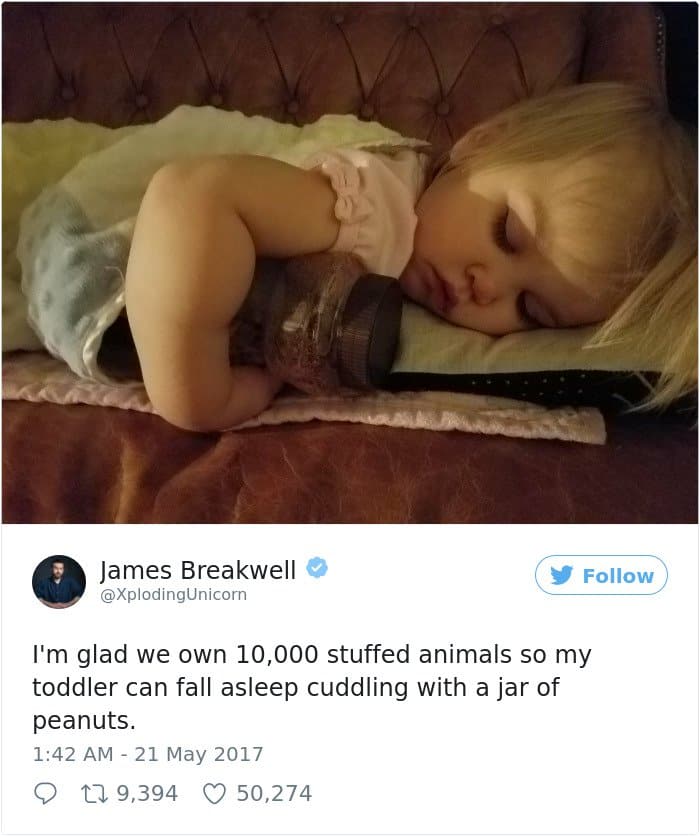 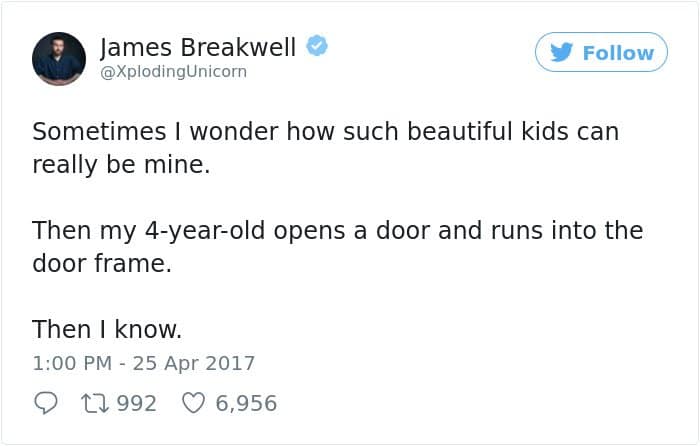 Does every kid out there want a fidget spinner?

Mom’s clearly not a Trump fan and her son knows it!

Paying the bills is the least fun game we’ve ever played. 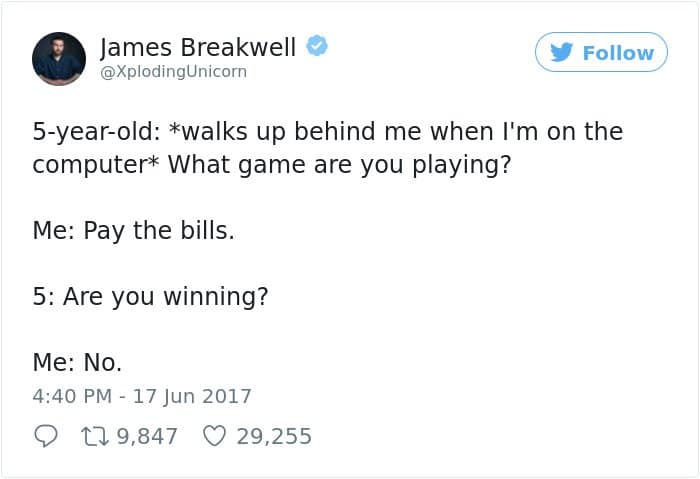 This mom is an expert translator…

More people need to be asking this question… 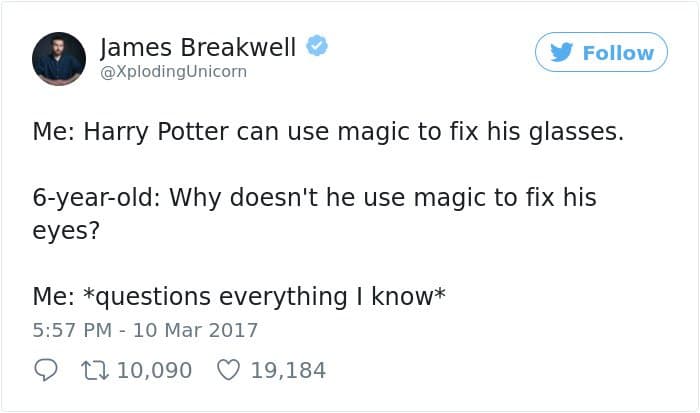 Ryan is so sweet and thoughtful!

And, he’s also the king of hilarious tweets.

We might just have a lawyer in the making! You can’t argue with that response! 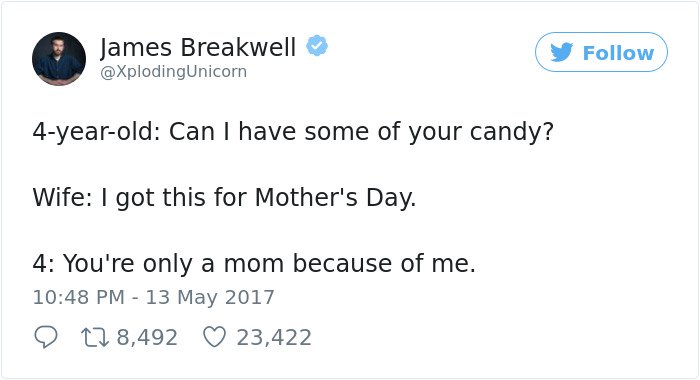