12 Hidden Things In Film And TV You Might Have Missed

If you’re anything like us, the first thing that comes to mind when someone says ‘Easter egg’ is delicious chocolate, but we’re not discussing that variety today. No, we’re talking about TV and movie Easter eggs, which are little hidden extras, messages or inside jokes that are meant to be spotted only by the obsessed or observant. We didn’t notice most of these ones first time around! Let’s take a look and check what you might have missed out on! 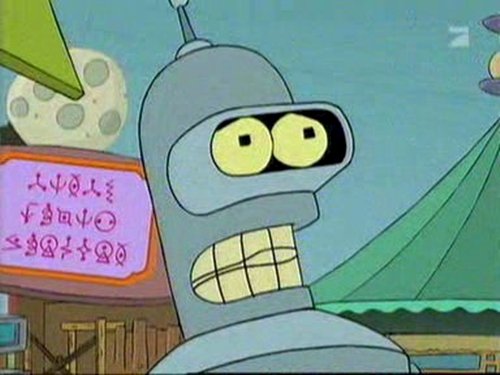 Everyone in ‘The Simpsons’ have four fingers, except for God and Jesus who have five. 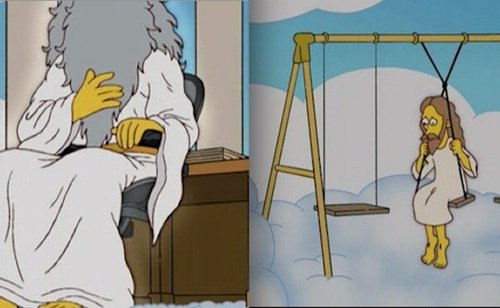 In ‘I Am Legend’, you can see a Batman and Superman logo on a billboard in the background. It turns out this was ultimately the poster design for ‘Batman v. Superman: Dawn of Justice’ which was released some time after this movie.

In ‘Community’, characters mention the name ‘Beetlejuice’ three times over the first three seasons, and after the third time you see him in the background.

Not an intentional Easter egg, but the people who create Homeland hired people to put Arabic graffiti on the walls to make the scene look realistic, and they called out some issues with the show by writing ‘Homeland is racist’ and ‘There is no Homeland’. 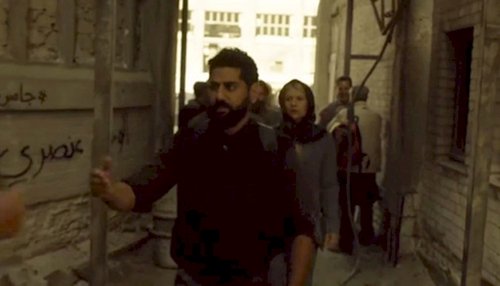 If you’re sharp, you might have noticed the Rapunzel from ‘Tangled’ attended Elsa’s coronation in ‘Frozen’.

In the third season of ‘Friends’, the ‘Magna Doodle’ message board appeared in what was then Joey and Chandler’s apartment. From then on, it was used to convey all sorts of messages. 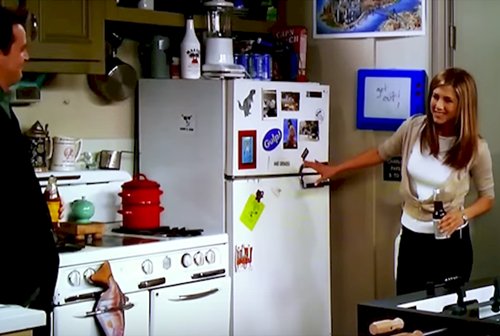 In the awesome (and canceled-too-soon) ‘Firefly’, you’ll see a Han Solo figure hidden in the background of several scenes, acknowledging the inspiration behind the character of Mal. 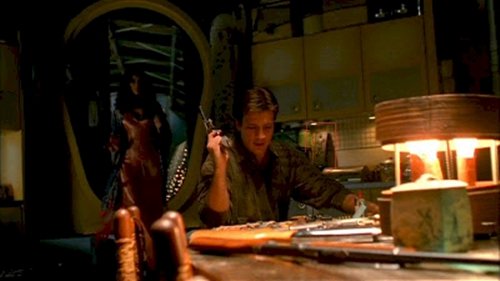 On a related note, in ‘Fast Five’, of the ‘Fast and Furious series, Han’s full name is revealed to be Han Seoul-Oh. 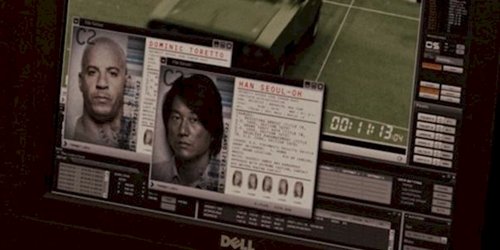 ‘The Big Bang Theory’ might be a comedy, but it prides itself on being scientifically accurate. Real equations and problems are regularly written on the whiteboard in the apartment, but since we’re neither scientists or mathematicians, it totally goes over our heads. 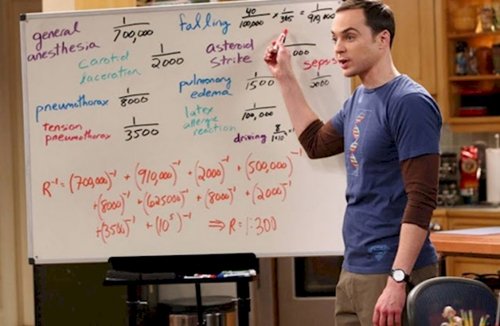 Unless you’re a Spanish-speaker, you won’t have noticed that the name of the Mexican Restaurant in ‘Anchorman’ translates to ‘We Spit in Your Food’. 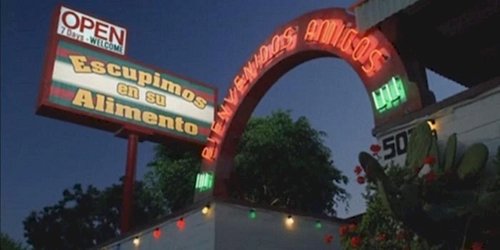