14 Of The Most Awesome Breakup Texts Ever

Sending a break up text has to be one of the biggest relationship sins ever! No matter what has gone down with your soon-to-be ex, it’s good karma to at least tell someone in person that you don’t want to be with them anymore. After all, you wouldn’t want someone to do that to you, would you? These 14 people just don’t care for the ‘in person’ approach and they’re masters of the breakup text! Take a look and enjoy!

Well, we hope that these two are joking! Who wants to be having a baby with someone that broke up with them with a tacky magic joke?! POOF we’re out of here. 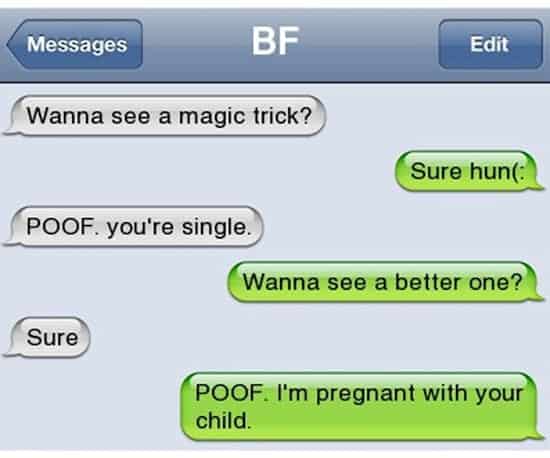 Many people believe that a good way of lessening the blow of something is joke about something worse than the real situation. Below we have a good example of this. Clearly he cared more about his Xbox, and the now ex knew that would be the case! 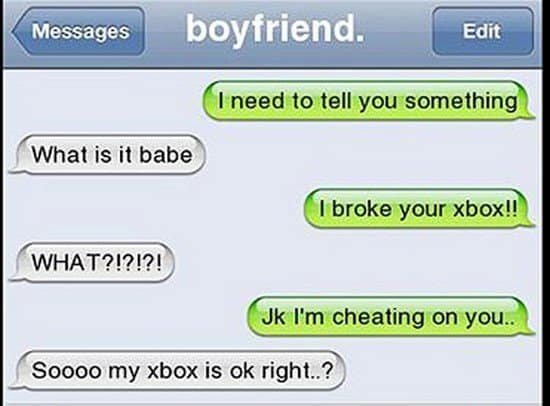 Poor effort! If you are going to imitate an automated message, at least check you’re spelling and grammar! However, we suggest you don’t be a coward and face up to your responsibilities. 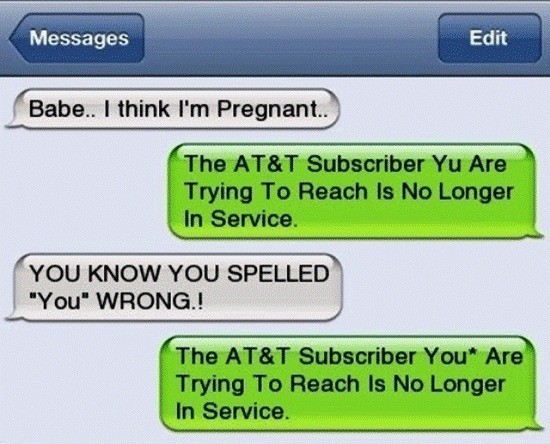 How tacky can people get? A knock knock joke to end a relationship, really?! We would definitely call this harsh. Oh well. The person being dumped is clearly going to be much better off without this ‘joker’ in their lives! 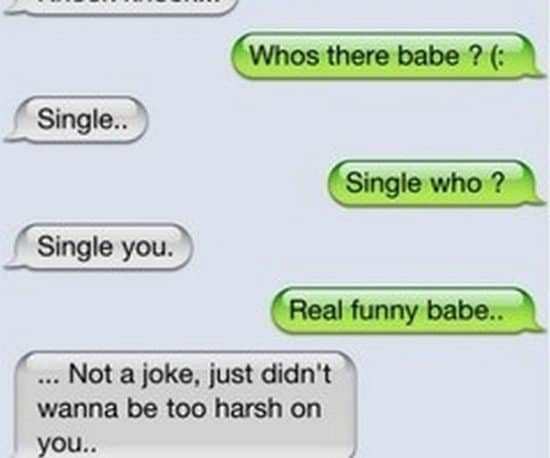 Ah, good old auto-correct. It has the power to transform any conversation. Unfortunately for the person being broken up with, even an auto-correct ice breaker couldn’t change how serious their partner was about ending things. 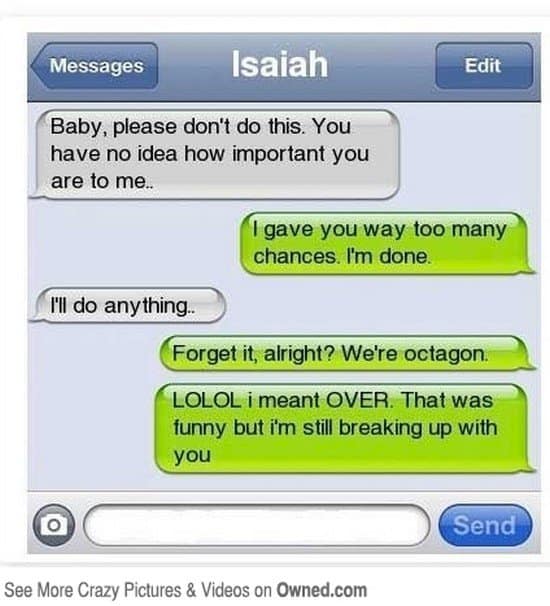 Unfortunately these days slang and abbreviations don’t always mean what we think they do!

We wonder if the person ending the relationship felt really cool typing out that lame metaphor. Some people clearly have no respect for the people they have dated! 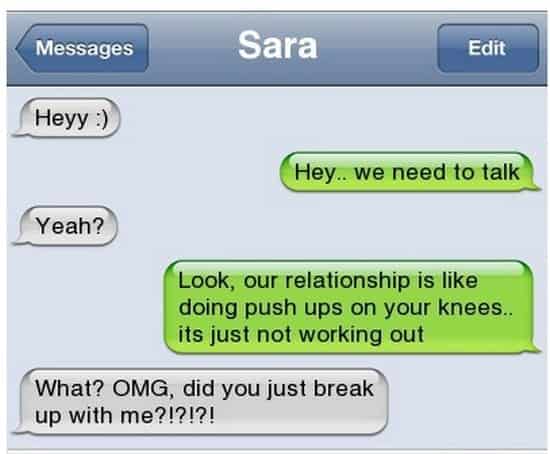 We would have to go with the second one! However, some might disagree! 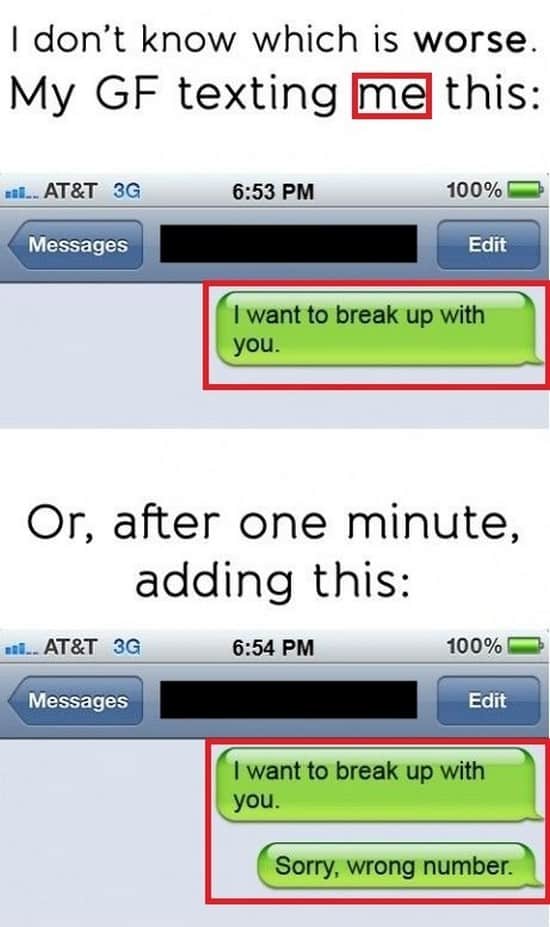 We’re not really sure what’s going on here, but at least this person put in some effort to their explanation! We also think the recipient responded rather calmly. This is one relationship we would actually be curious to know how things ended up! 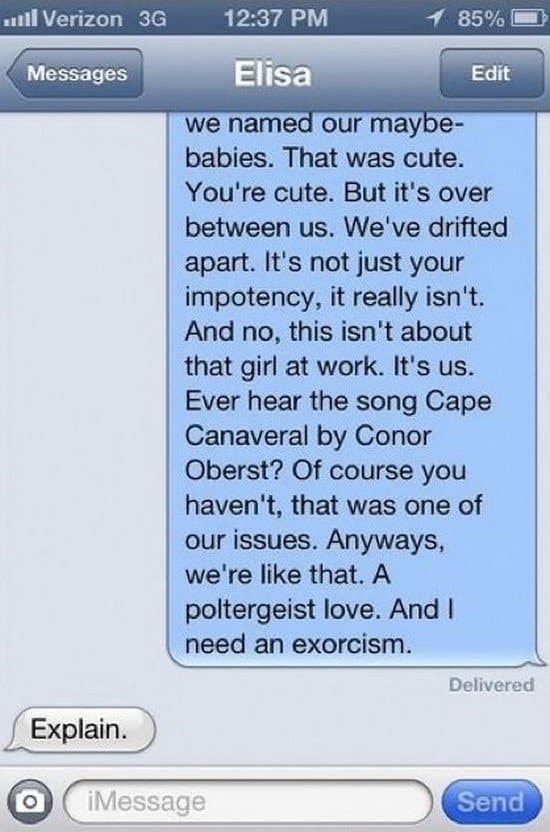 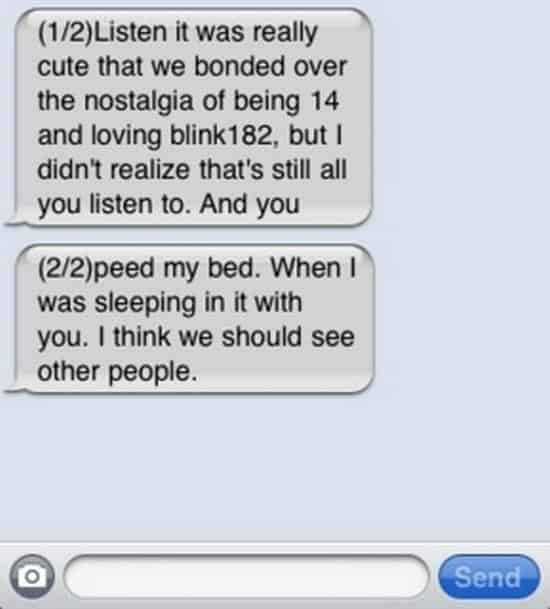 Always check before you offer your condolences on a relationship! This news should have been delivered firsthand by Derek. However, we’re not too sure if this really was a mistake. 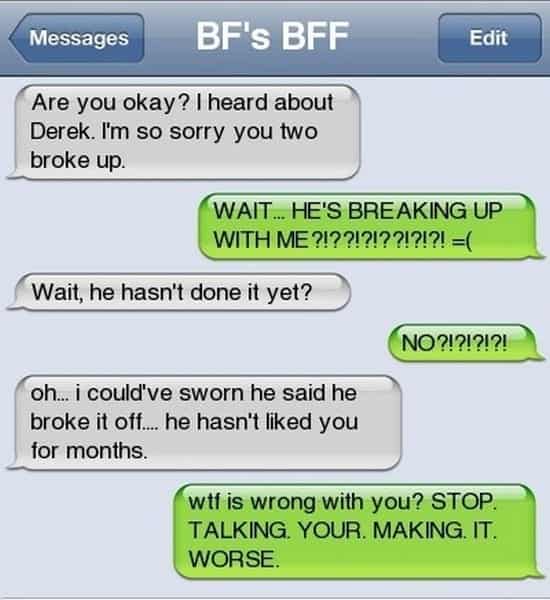 This sounds… interesting! We would have liked to have seen the full conversation here. 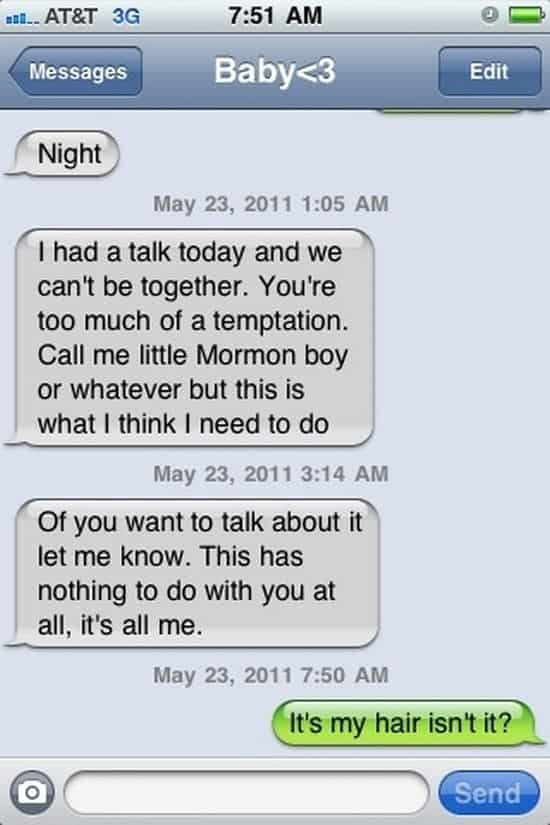 There’s nothing like a good poem to put someone in their place! We wonder how the ‘player’ felt with this poetic response. Something tells us he won’t be shedding any tears! 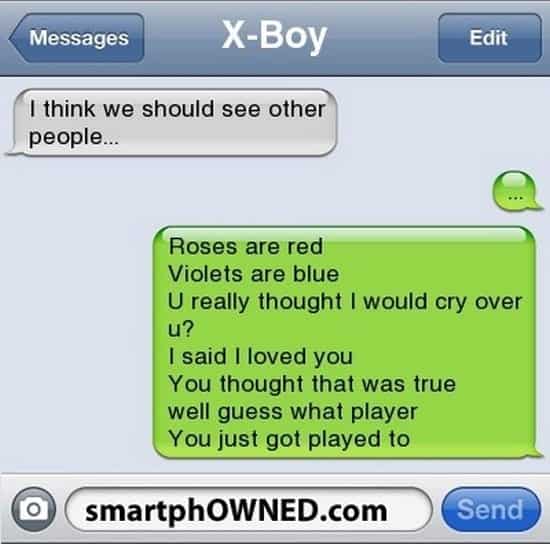 Come on people! How hard is it to be original? Taking quotes from movies and TV shows is always a huge risk. But, then again, we guess people like this don’t really care if they’re busted.