Home » People » 28 Of The Funniest Things Spotted On The Subway

28 Of The Funniest Things Spotted On The Subway

So many people use the subway to travel each day. For many, it’s the only way they can realistically commute to their jobs with ease. In some ways, the subway is great. It’s fairly inexpensive and there are plenty of stations dotted around. However, there are also quite a few downsides. More often than not, the subway is grubby and dirty. Plus, you never quite know the strange things, and people, you might witness on your journey. Here we have a selection of amusing images showing the funniest things spotted on the subway. Take a look!

Don’t panic guys! The pizza is still protected from the floor…

This bag reads ‘this text has no other purpose than to terrify those who are afraid of the Arabic language’. 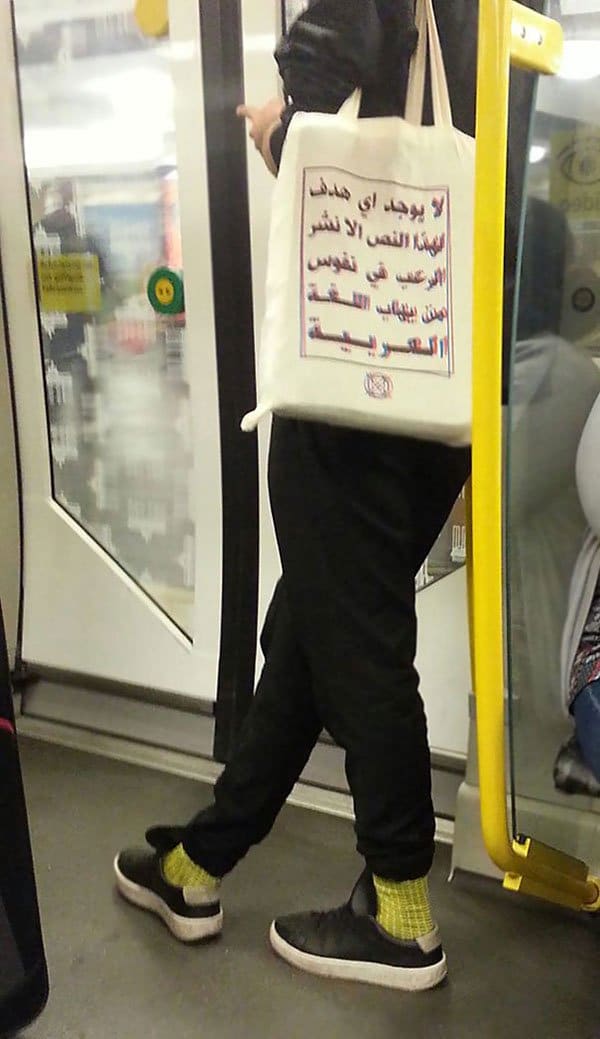 When a full bottle of wine rolled out from underneath a seat, these two strangers shared it! 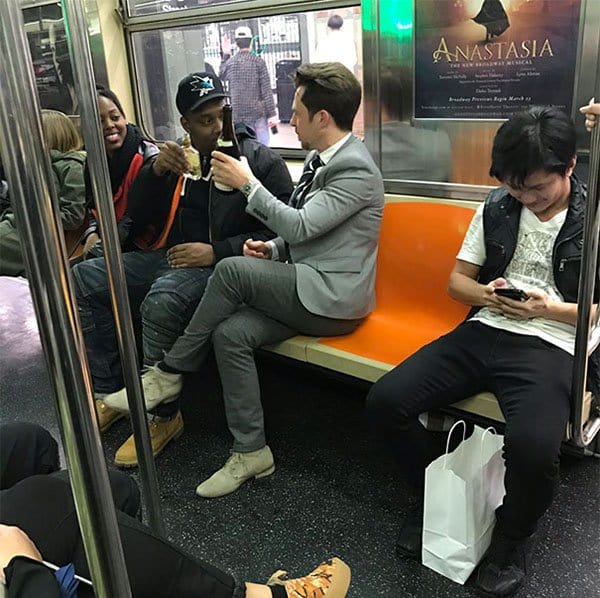 That is one patient woman… 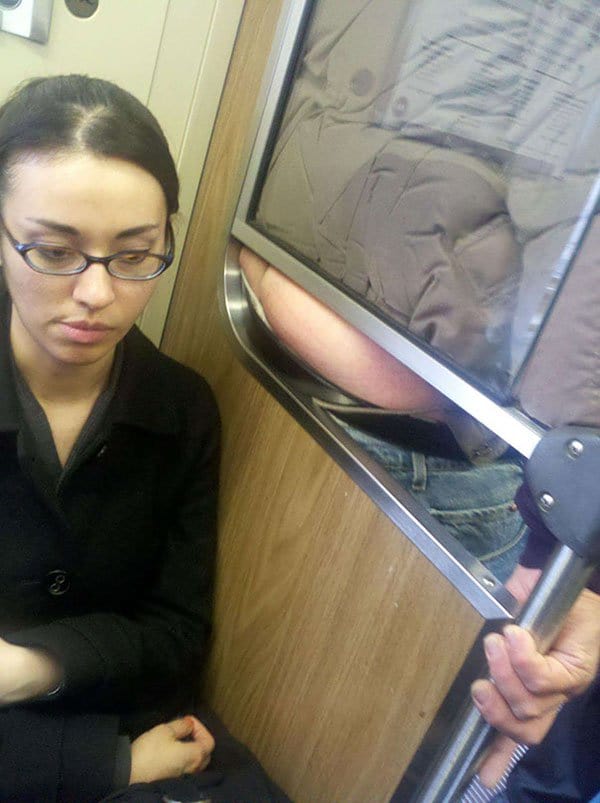 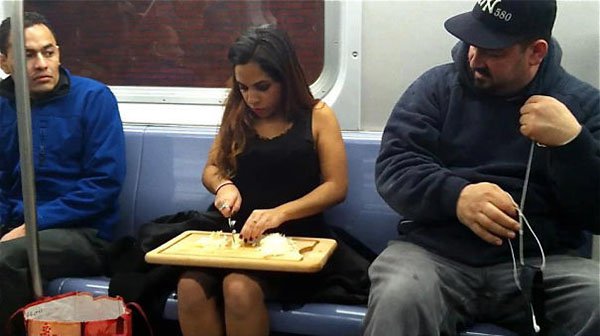 Who would win? If only we knew the results… 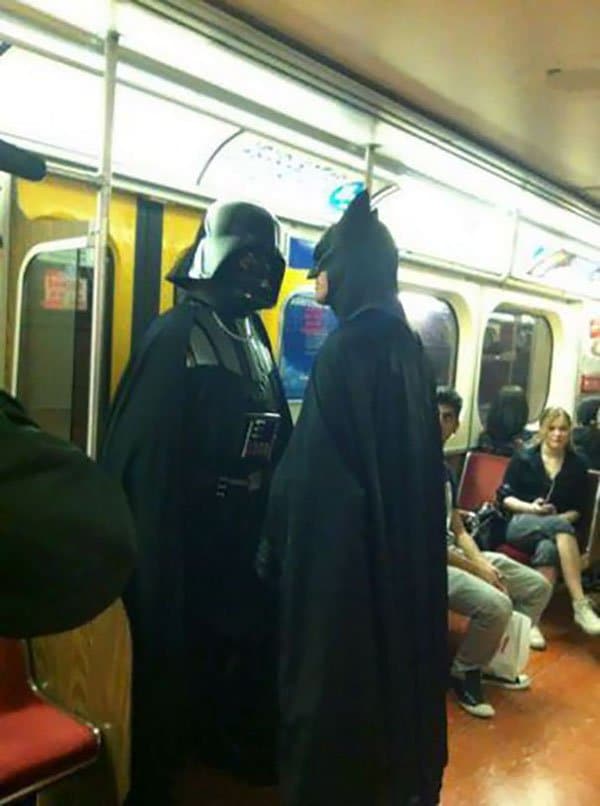 How to beat the rules about dogs on trains… 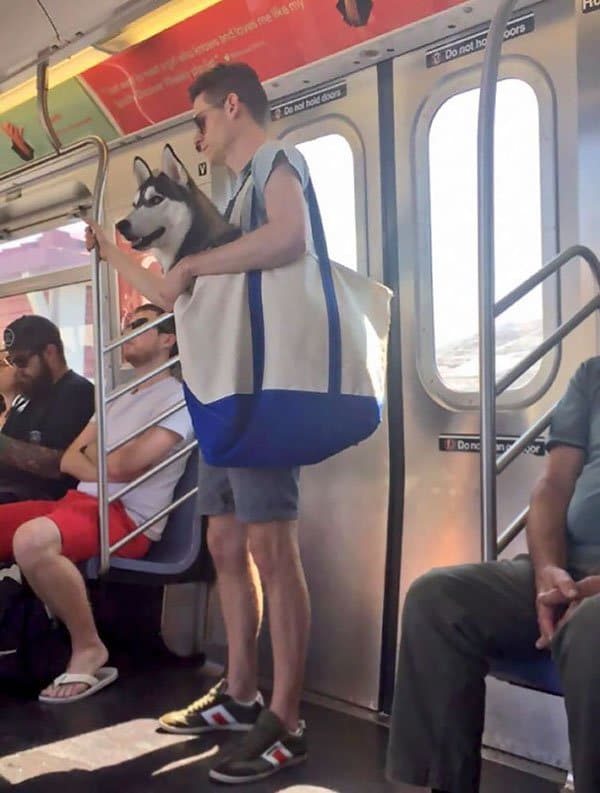 Someone captured Obama from the future. 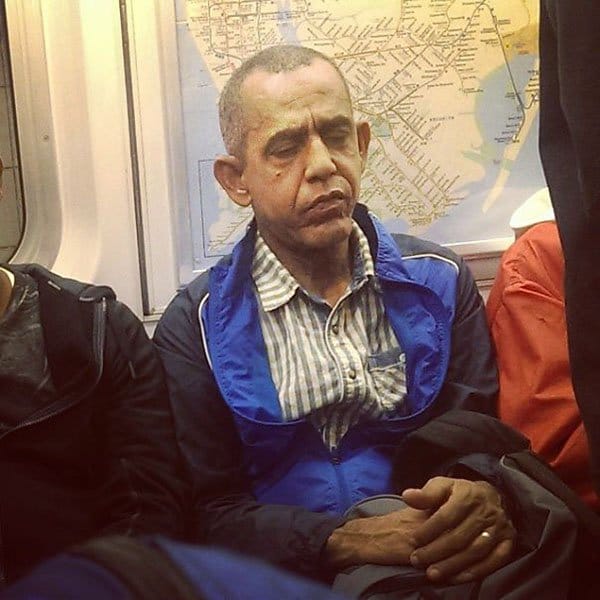 She doesn’t look too pleased… 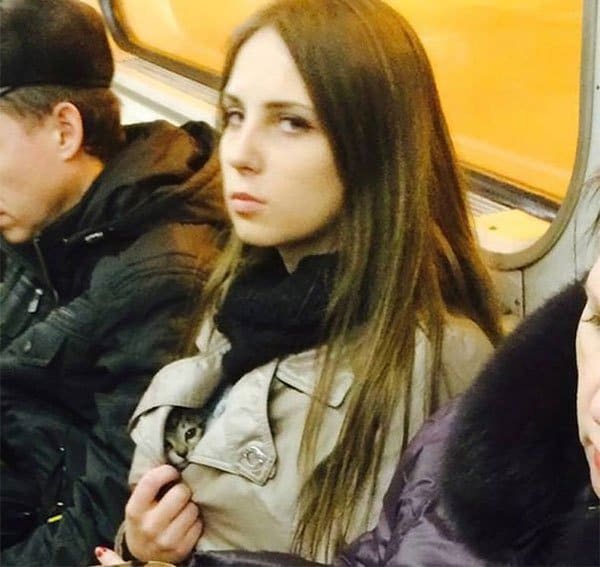 Nothing to see here. Who doesn’t travel with their raven? 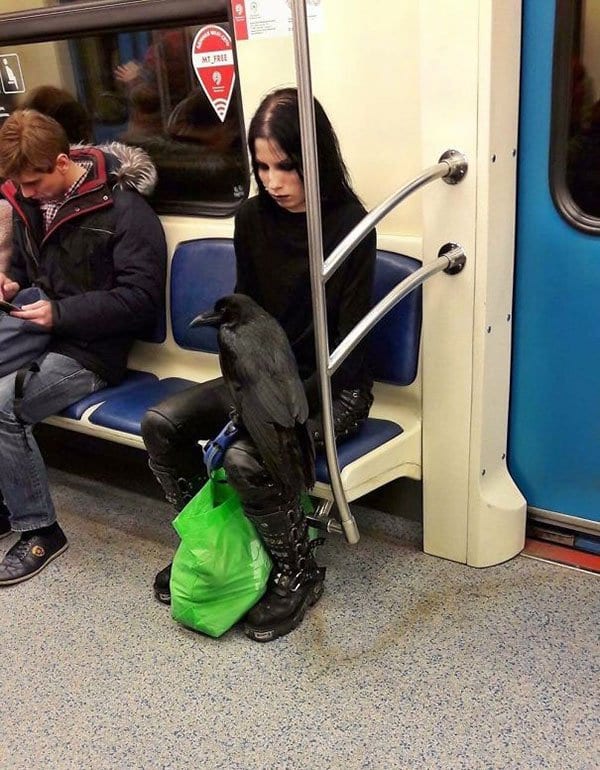 We’re somewhat annoyed with by hammock dude and somewhat impressed! 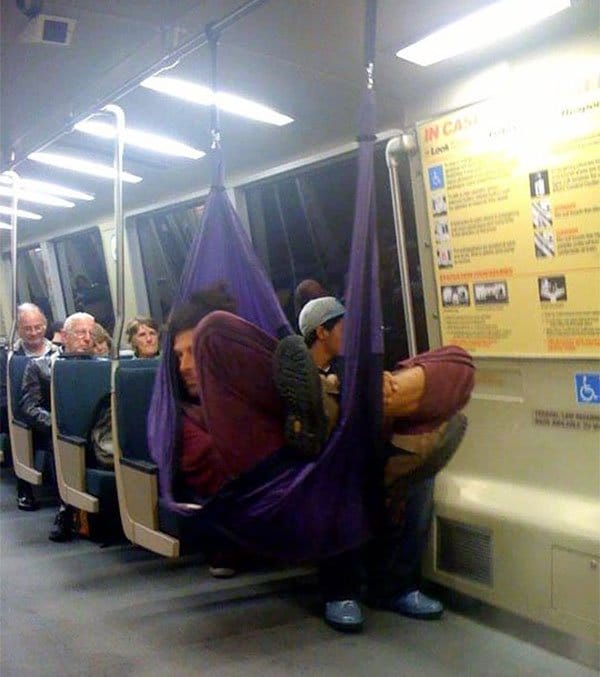 Well, that sure is one way to make eating lunch on the subway easier… 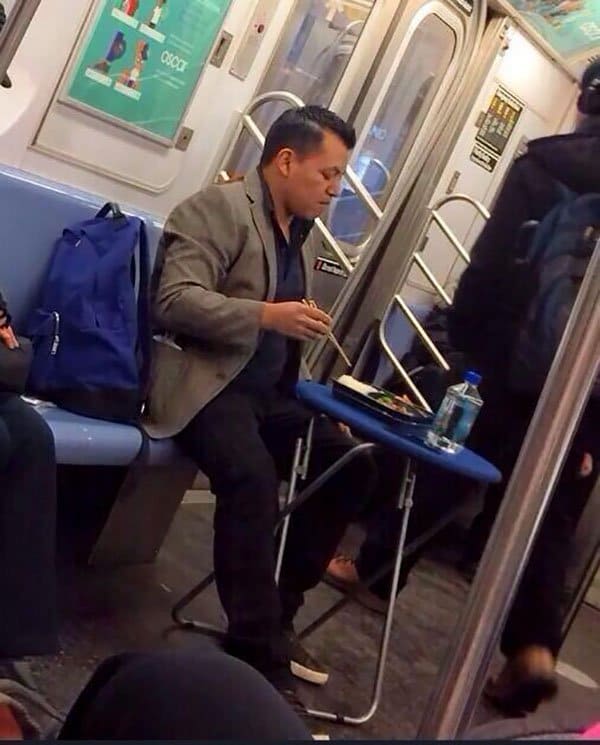 Well, one thing’s for sure, if you want the highest chances of seeing something strange on your way to and from work, take the subway! Admittedly, some of these images are rather weird. However, we quite admire the diversity and individuality shown. Each of these people are living different lives and have different stories, the subway simply throws everyone together. It’s pretty cool when you really think about it! Some of these people would never interact with each other on a normal day, but the subway brings them together. Keep going to see even more amusing images!

It must be bring your hamster to work day! We hope the poor thing doesn’t get trampled. 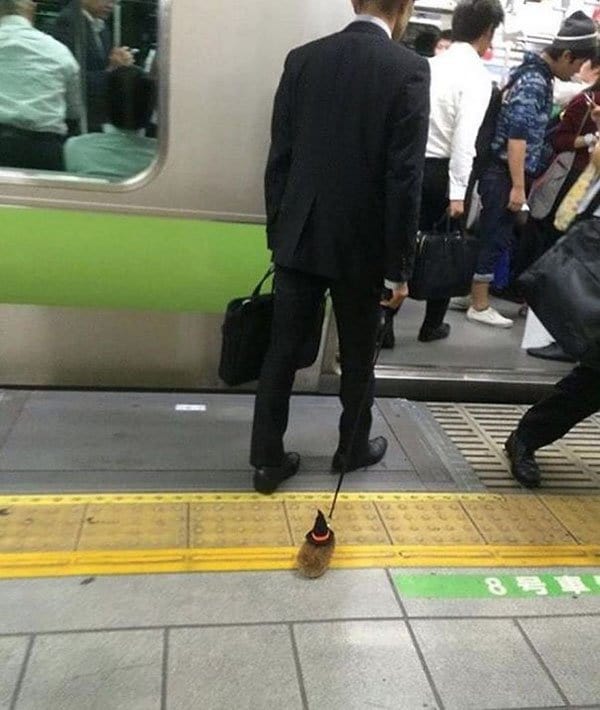 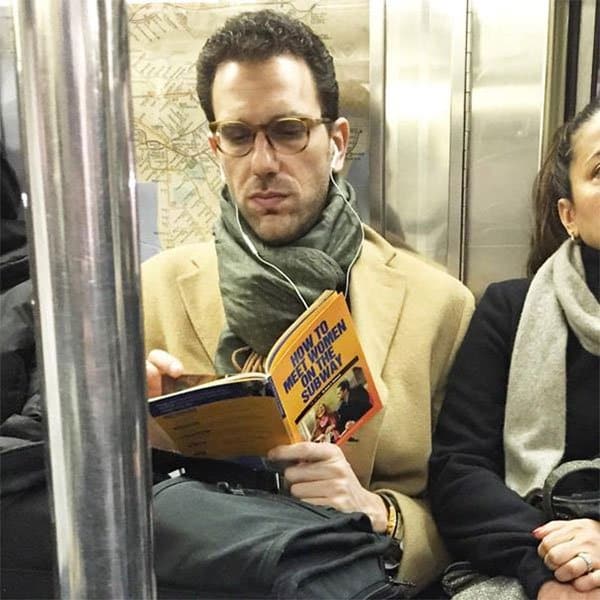 There’s a glitch in the matrix! 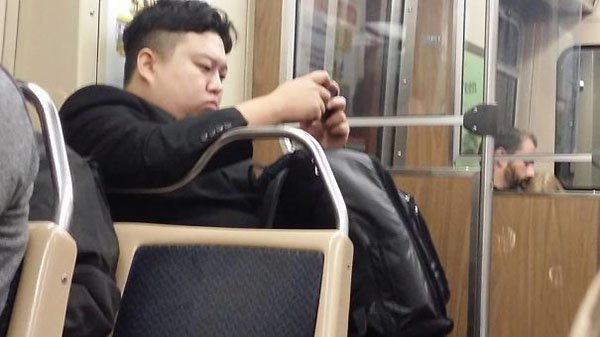 We’re not really digging the whole lettuce hat thing, but each to their own! 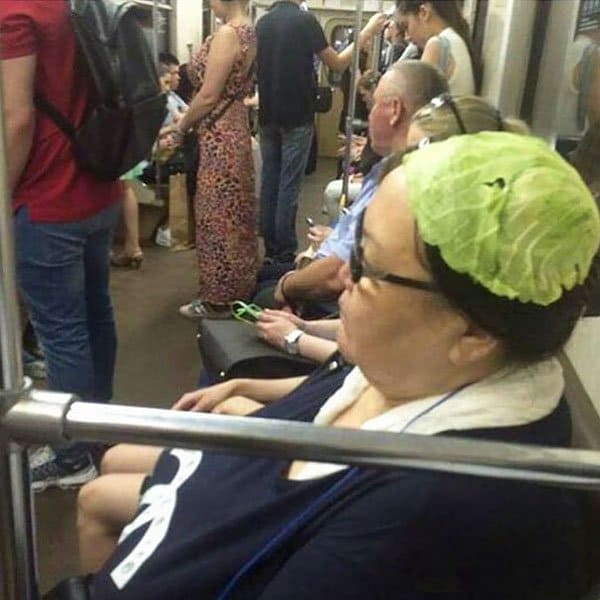 Okay, so this isn’t weird at all. Unless you count an act of kindness as weird because they can be pretty scarce on the subway! This is adorable. The baby wouldn’t stop crying so the man stepped in to play some music for her. 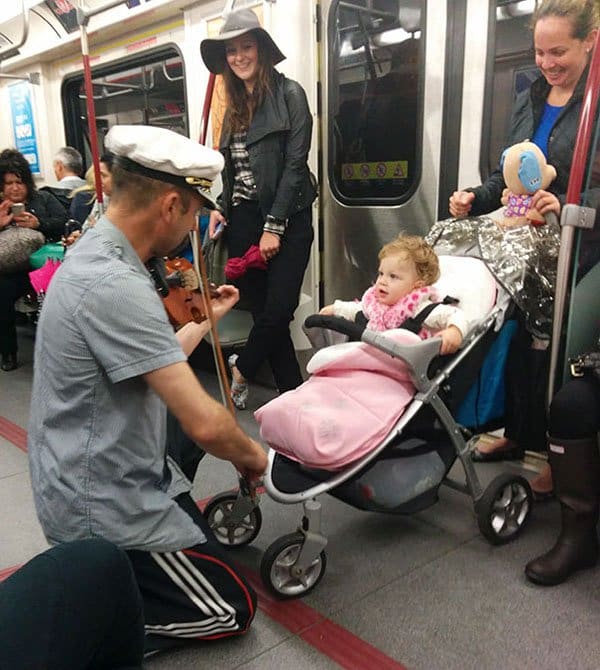 This guy looks pretty happy with his rat friends. 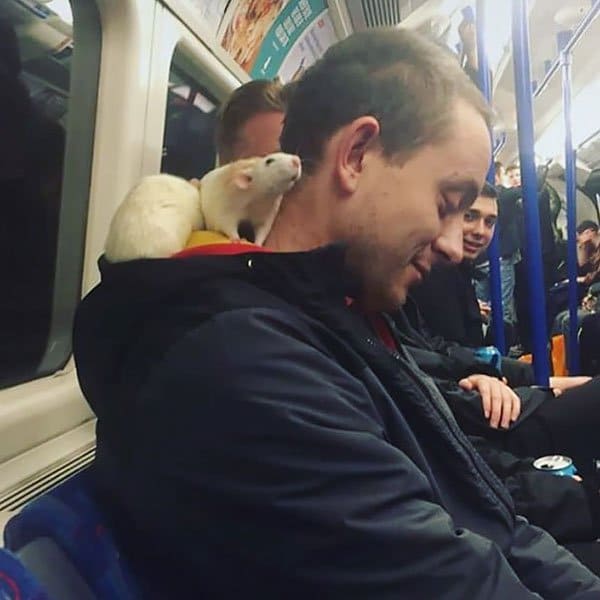 These people must be on the subway ride to hell. 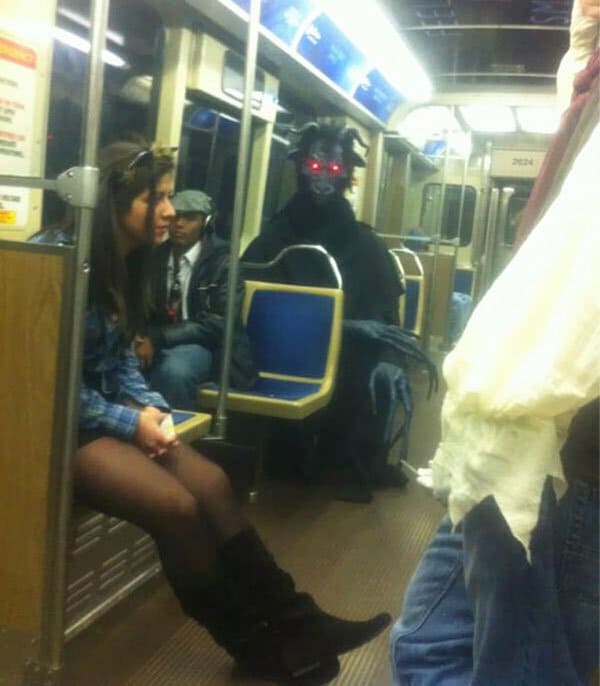 This wasn’t too bad, until we noticed the hand coming out of Pikachu’s mouth. 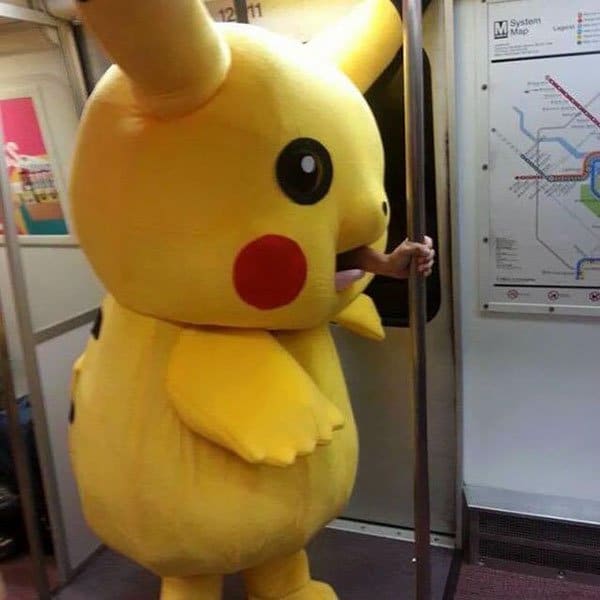 How to prevent neck ache when taking a nap on the subway. And, How to ensure you get some strange looks. 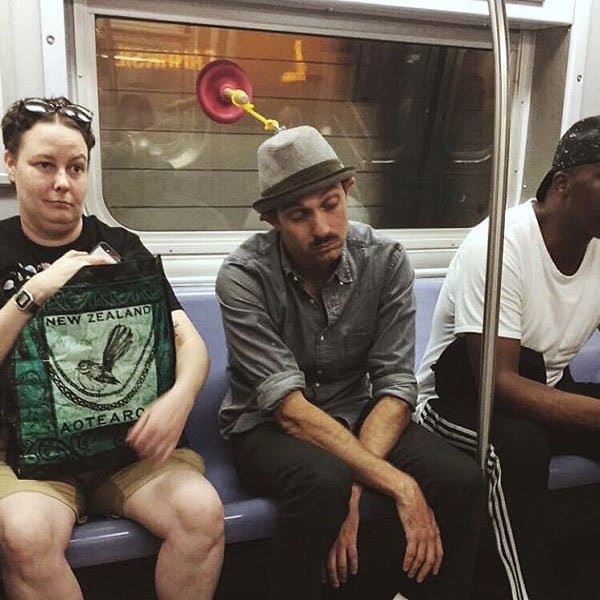 Pretty awesome group costumes if you ask us! 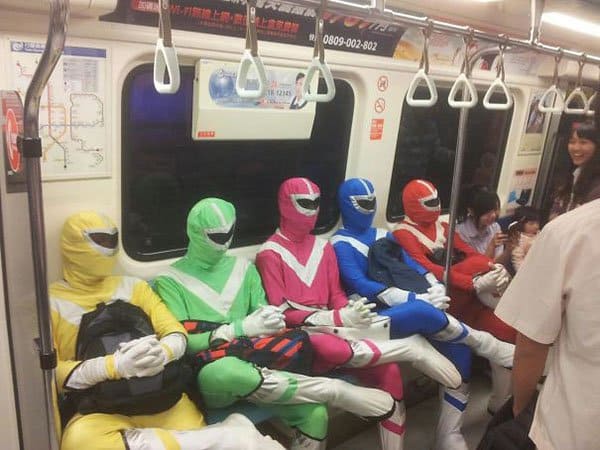 Even giant pandas need a helping hand every now and again. 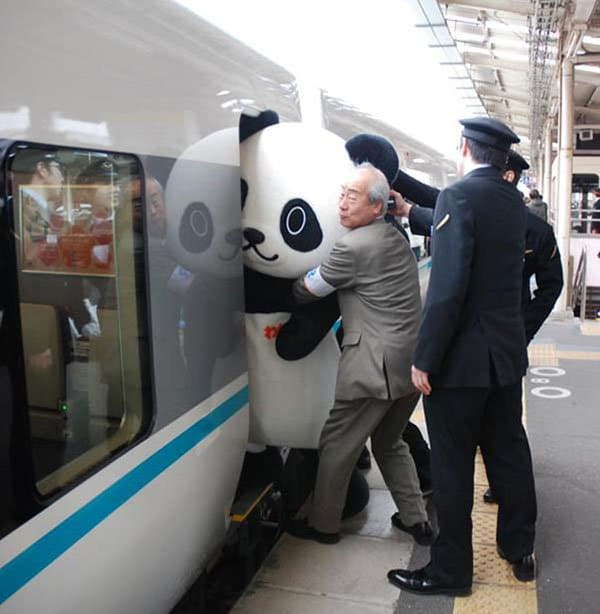 The guy’s face on the left says it all! 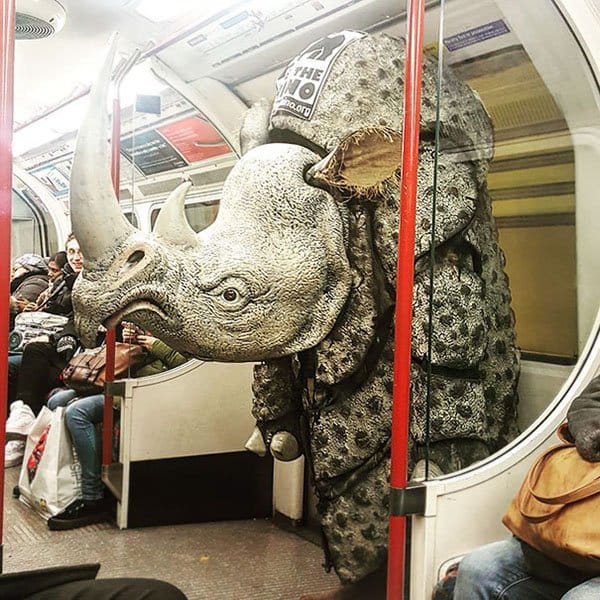 A rare sighting of a zebrataur! You saw it here first! 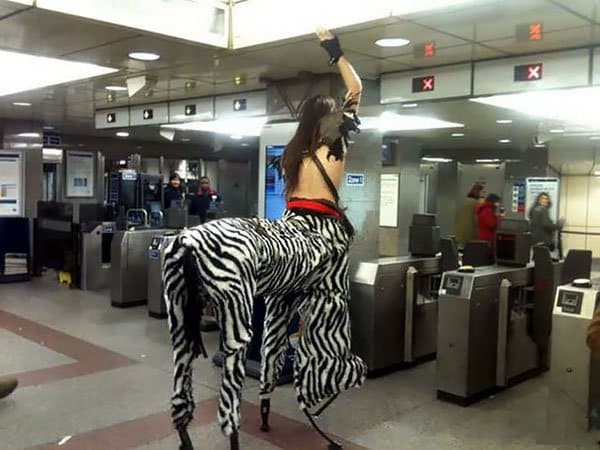