If you’re a fan of both Disney and anime, then you’re going to love the work of Maryam Safdar. Since she was little, Safdar has loved Disney movies and all things anime and always wanted to create fan art featuring her favorite characters. So, she worked and worked on her art and got really rather good at it! Now that she has the talent, she decided to draw some of her favorite female Disney characters in anime style, and the results are awesome. We can’t even decide which is our favorite! Check out these fourteen female Disney characters drawn in anime style.

Tiana from The Princess and the Frog looks incredible! 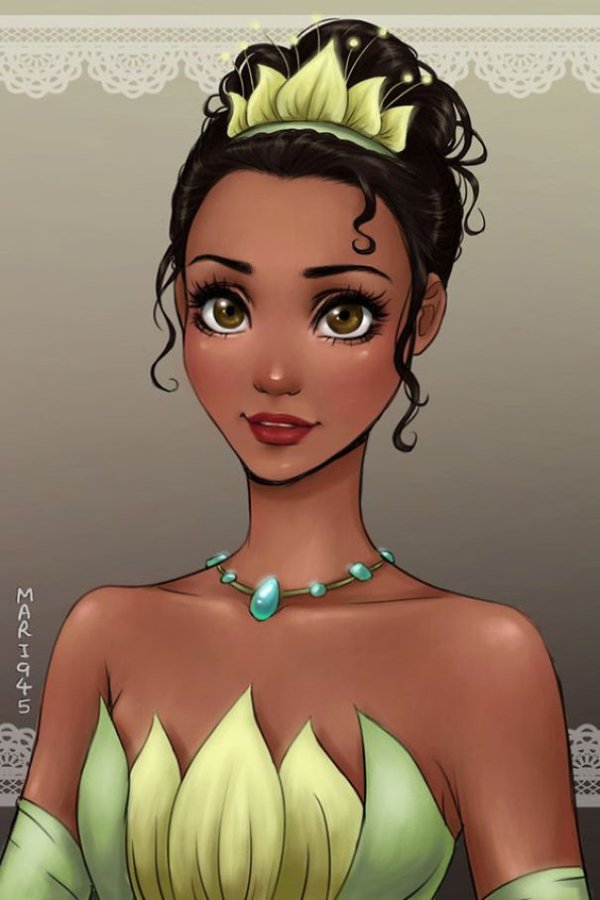 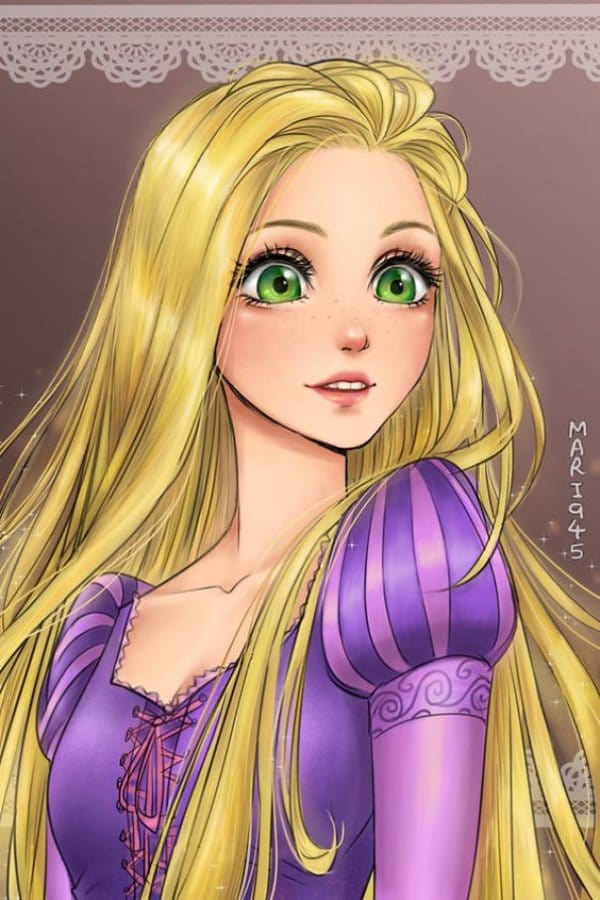 We absolutely love this one of Snow White and her shiny apple. 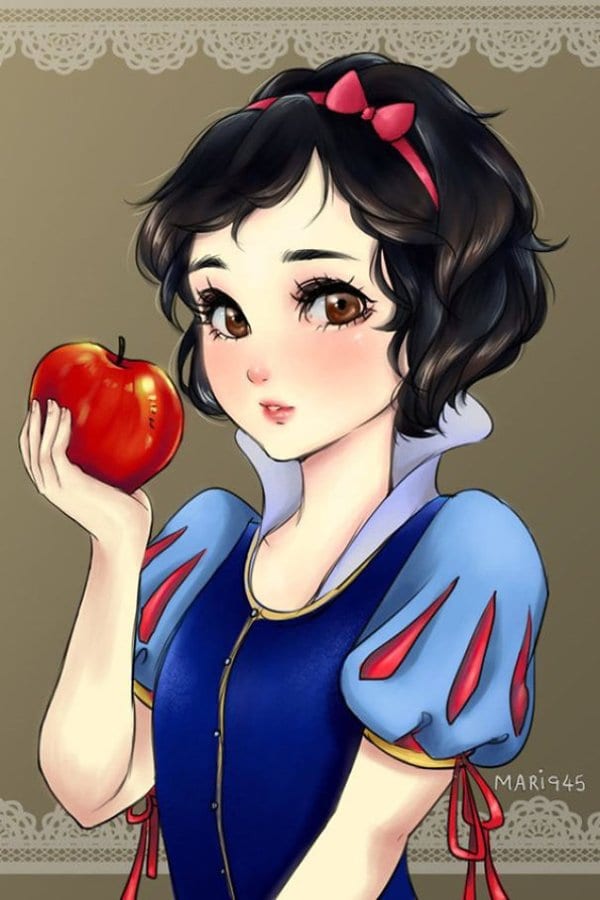 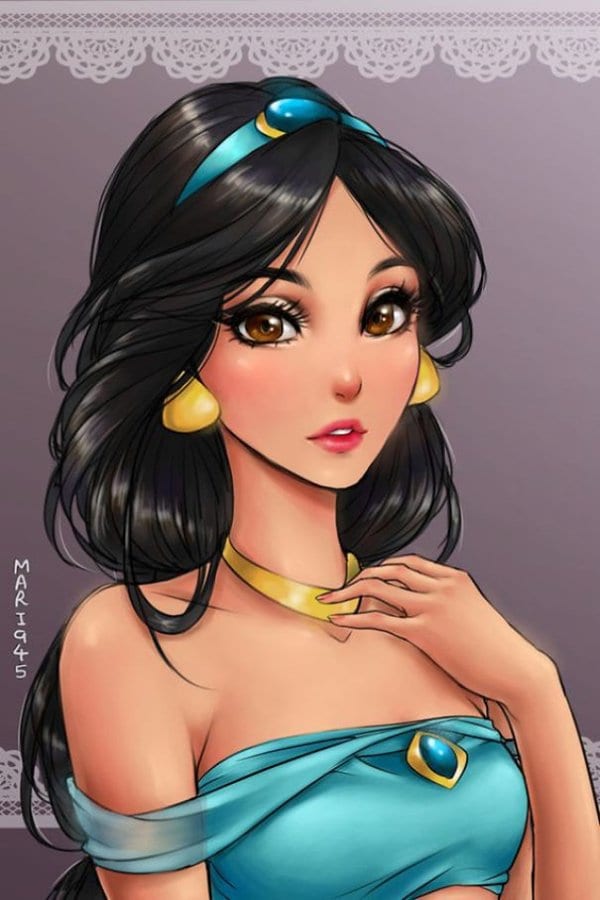 We definitely prefer some of these to the originals, and Pocahontas is no exception. 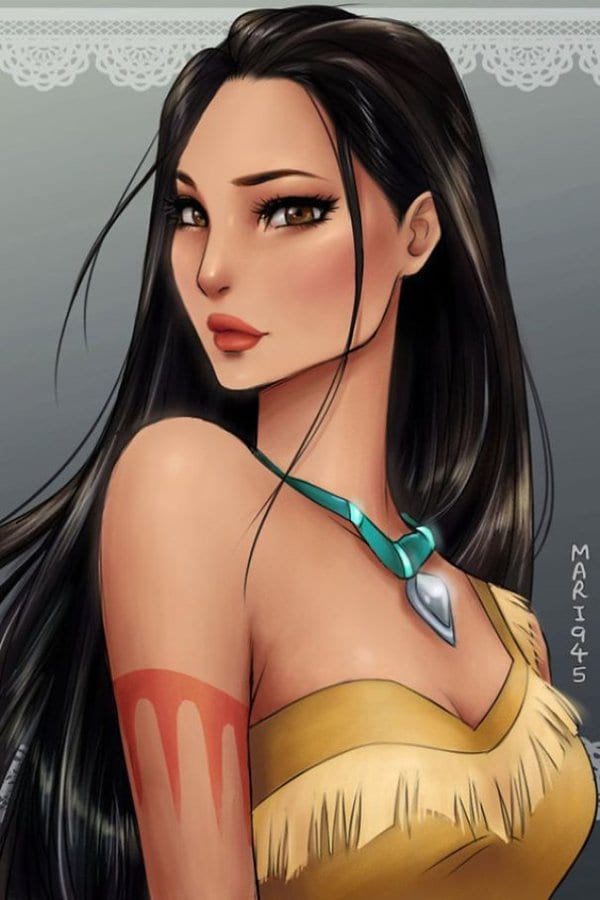 Mulan looks adorable and badass, just as she should do. 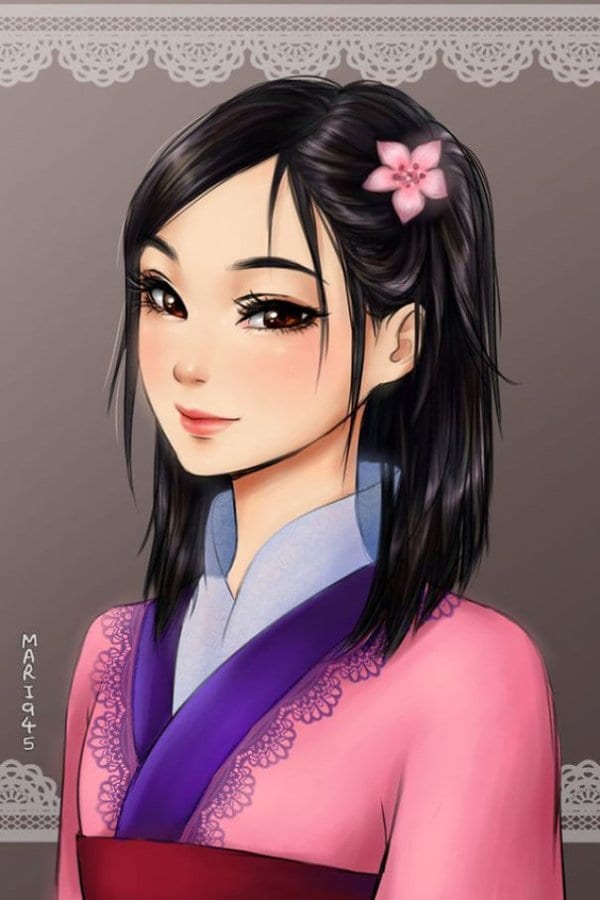 We love the wild red curls on Merida from Brave.

Of course Maryam had to feature Elsa from Frozen. 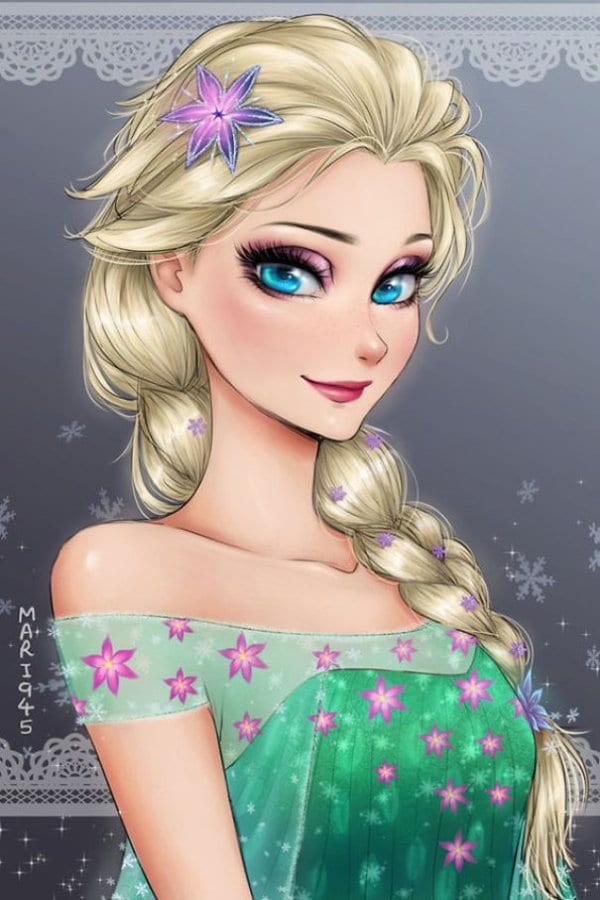 And her sister Anna! 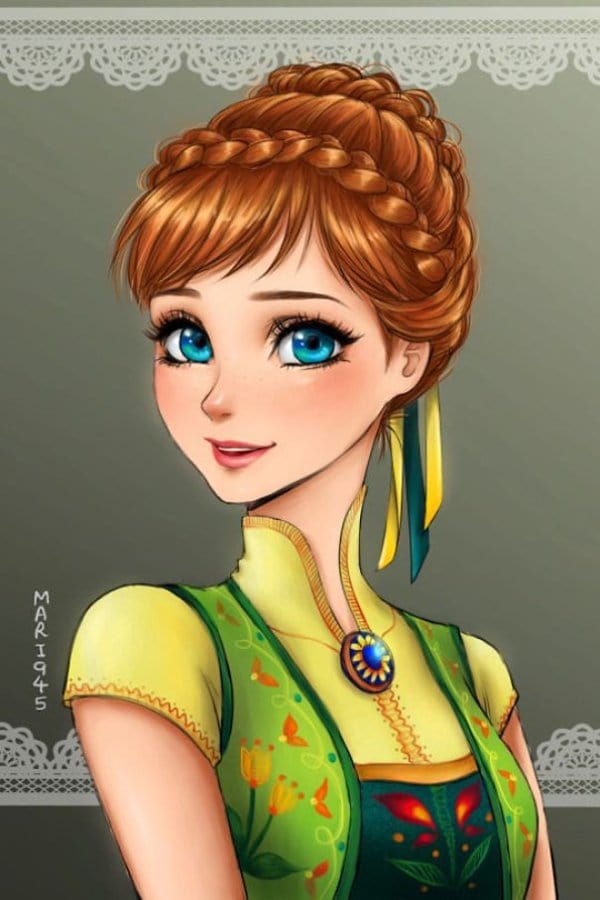 This isn’t quite the Cinderella we remember but she looks awesome! 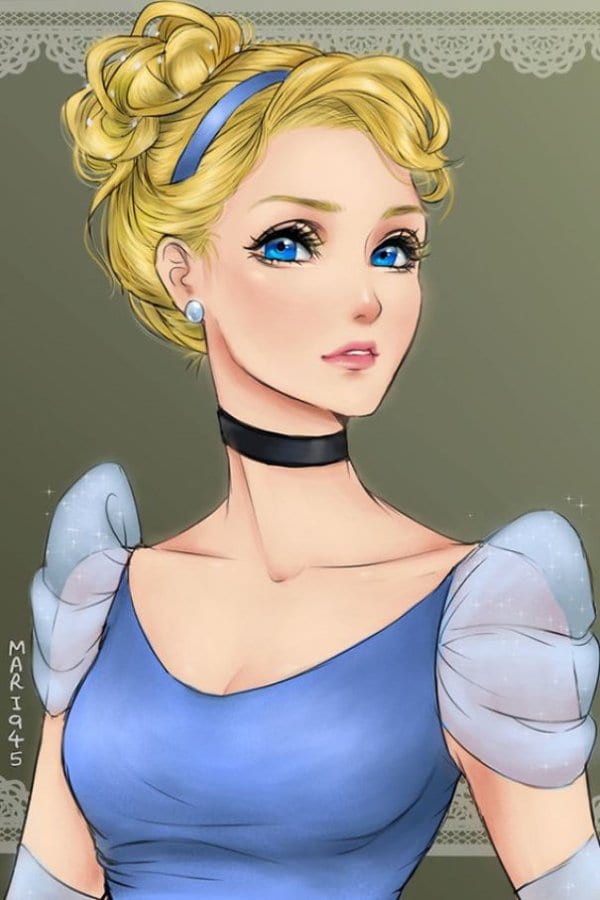 We can’t get enough of this anime version of Belle from Beauty and the Beast. 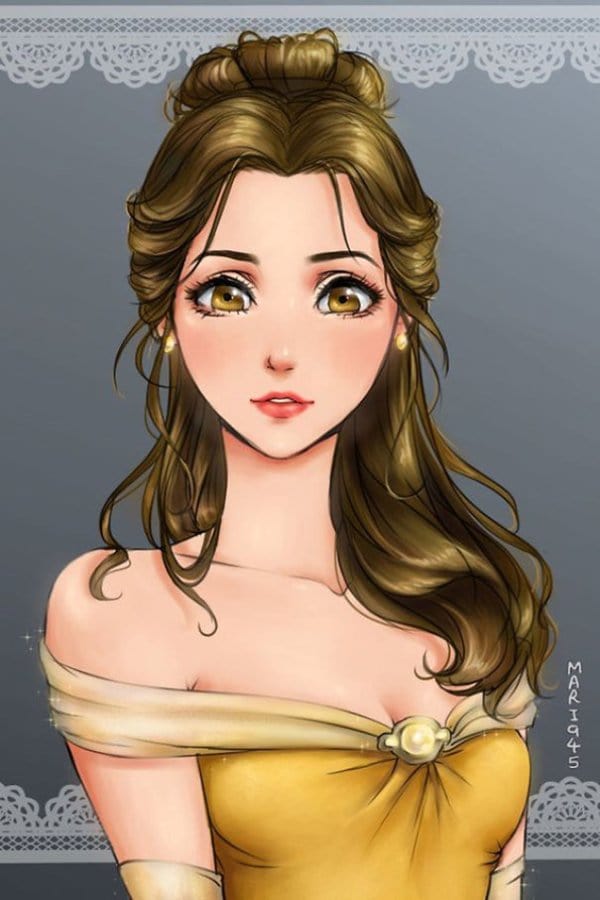 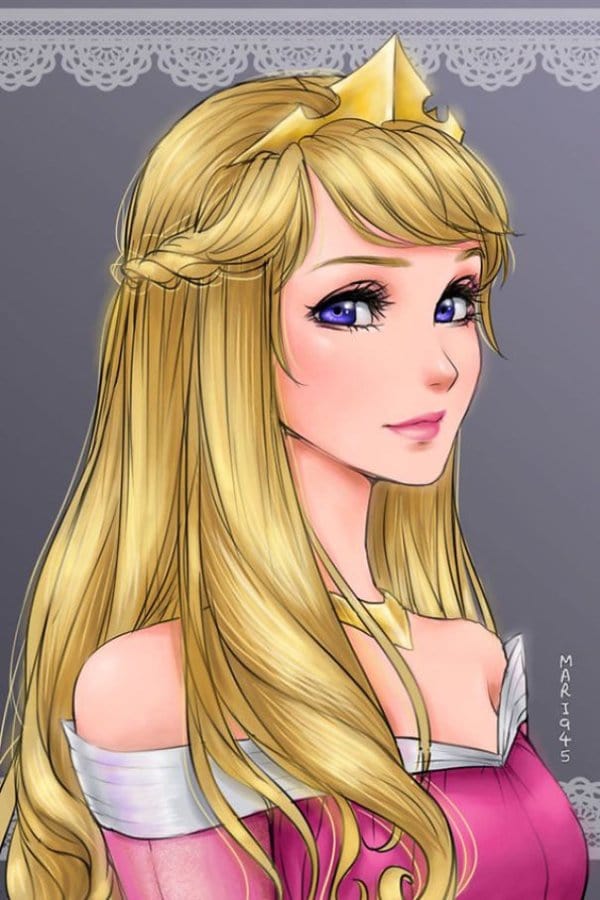 The bubbles show that this Ariel is still down where it’s wetter. 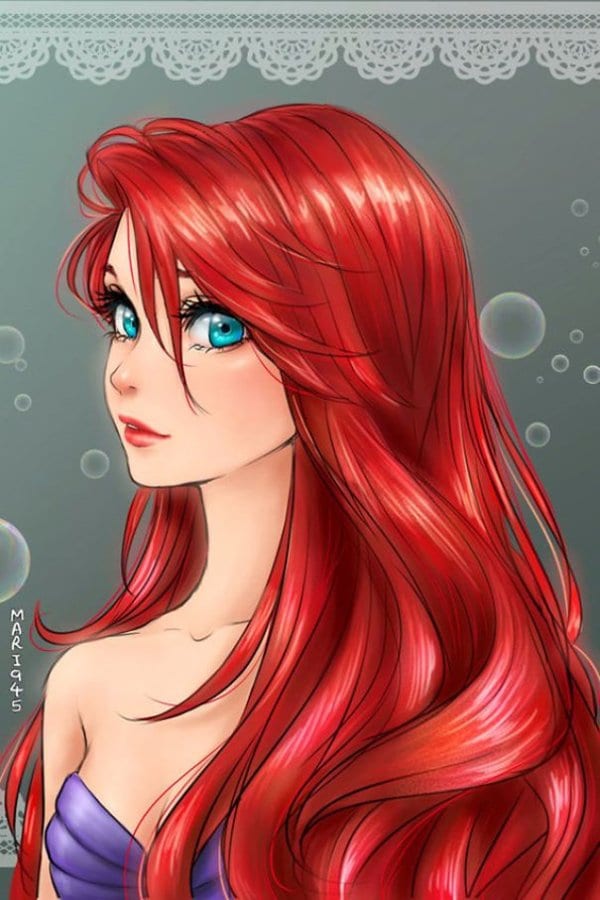 Alice has finally caught up with the white rabbit. 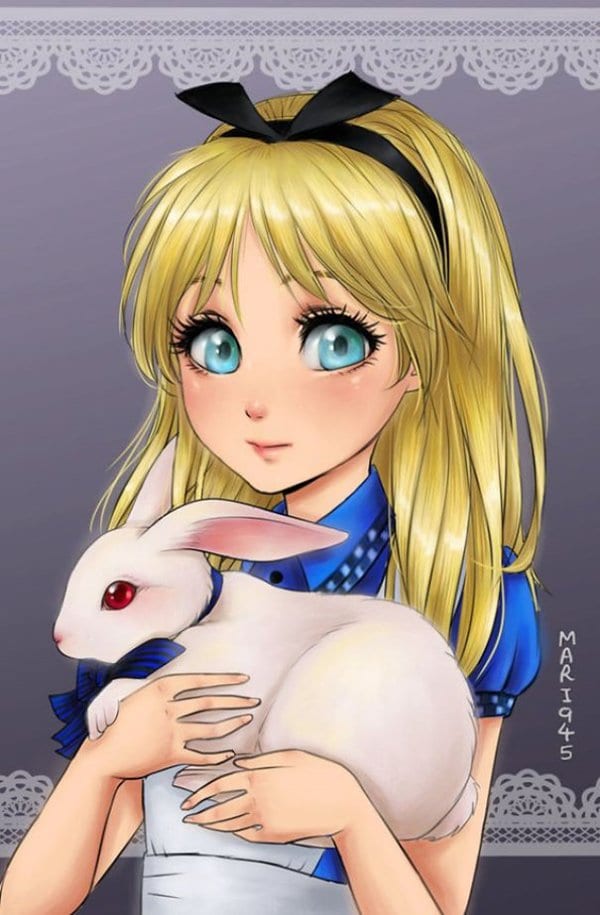