Simon Laprise, a 33-year-old Canadian woodworker, created a life-size replica of a car to prank the snow removal guys. However, when the Montreal police officers saw the snow car, they pulled over and the fake car was ticketed for ‘illegal parking’.

The cops’ reaction was hilarious when they found out later that they have been fooled by a snow sculpture.

A Montreal woodworker made a life-size replica of a DeLorean DMC-12 entirely out of snow. At first glance, anyone would think it was a real car covered with snow. 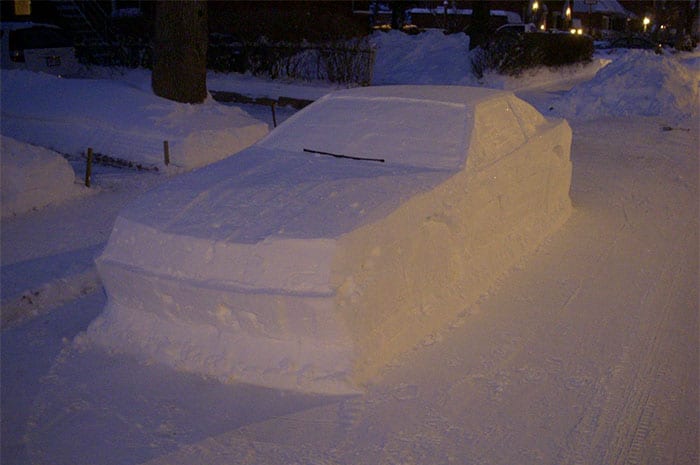 The snow sculpture was based on the car used in the famed movie “Back to the Future”. 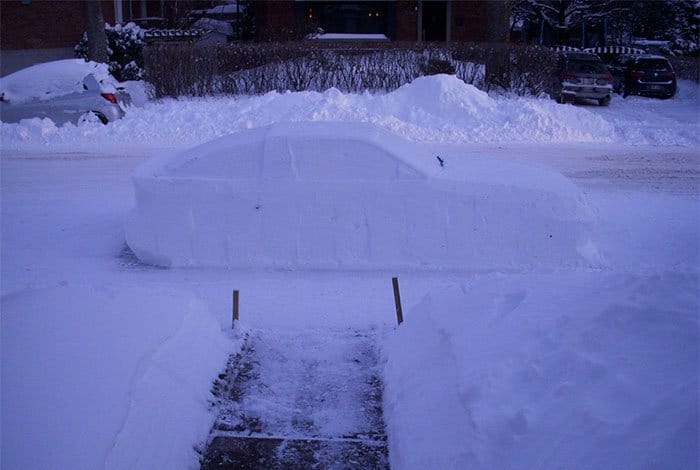 Simon Laprise tried to give the snow removal guys a big surprise. However, the prank was misdirected when the police patrol took notice of it first. 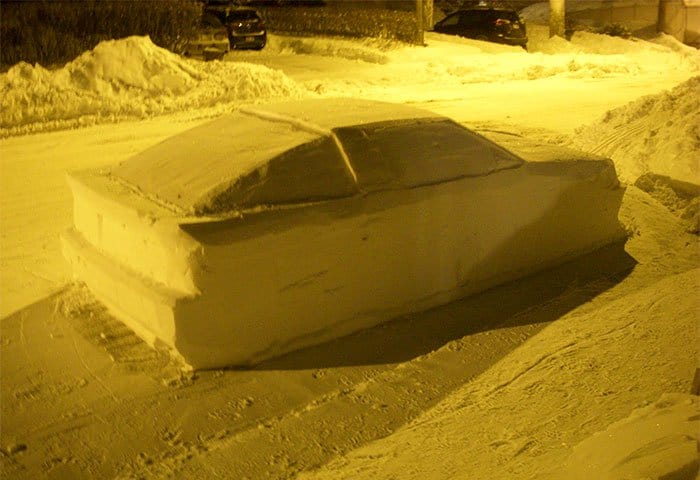 In Montreal, it is considered ‘illegal parking’ if a car is parked in a snow removal zone during plowing hours. 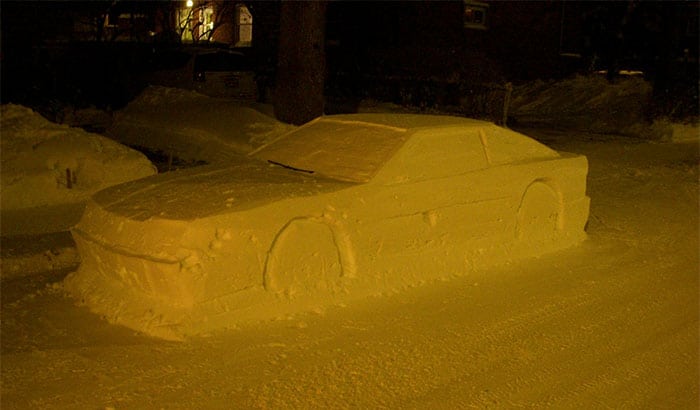 The police officers pulled over to give this car a ticket for “illegal parking”. 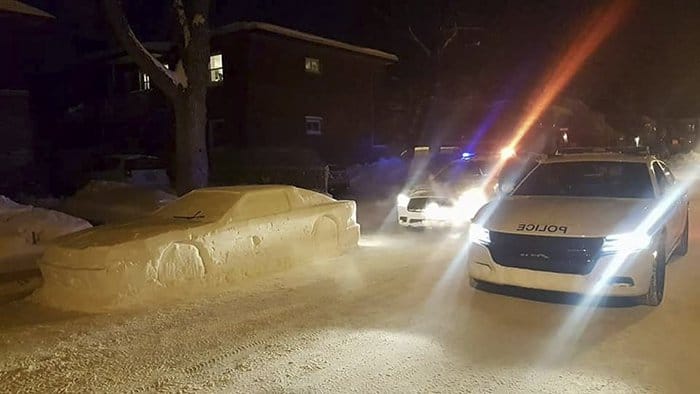 But when they were able to get a closer look, they’ve found out that they fell victim to the realistic snow sculpture. And it was nothing but a car replica made of snow. 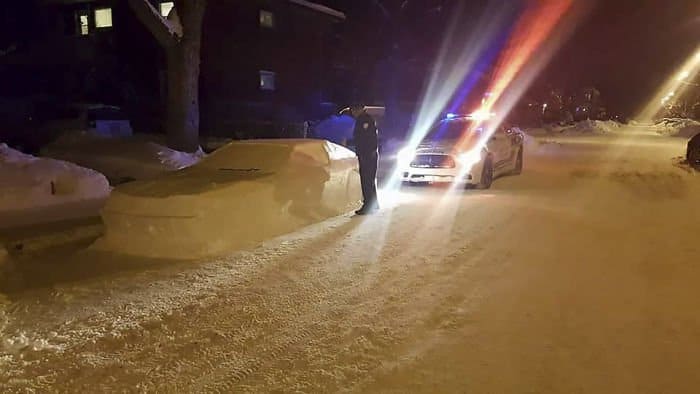 The cops returned the favor by leaving this note instead.  The note says “You made our night!!! Hahahahaha 🙂 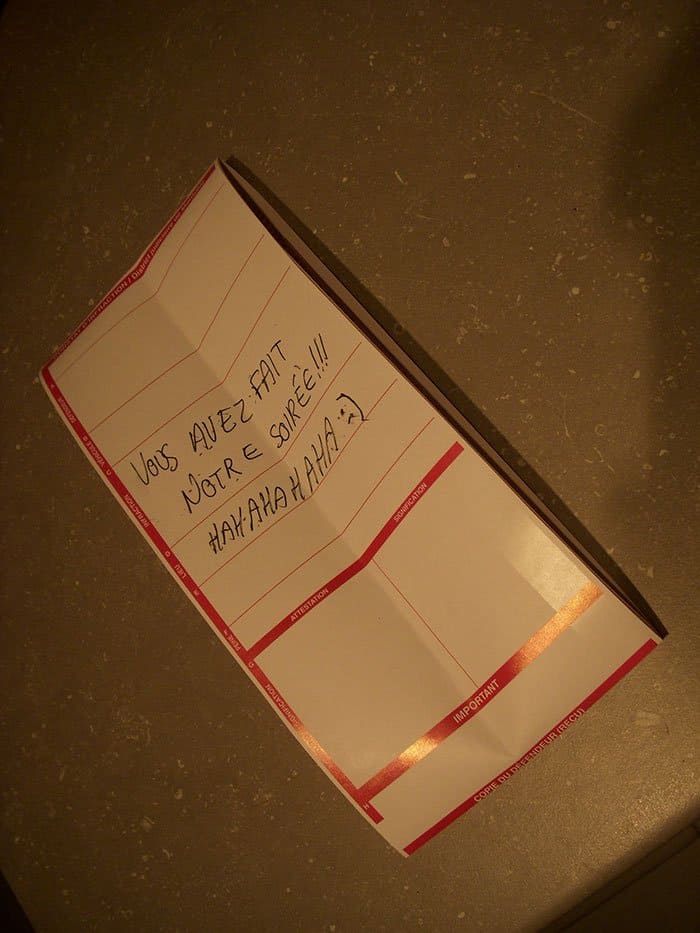 A fake parking ticket for a fake car. Sounds fair! 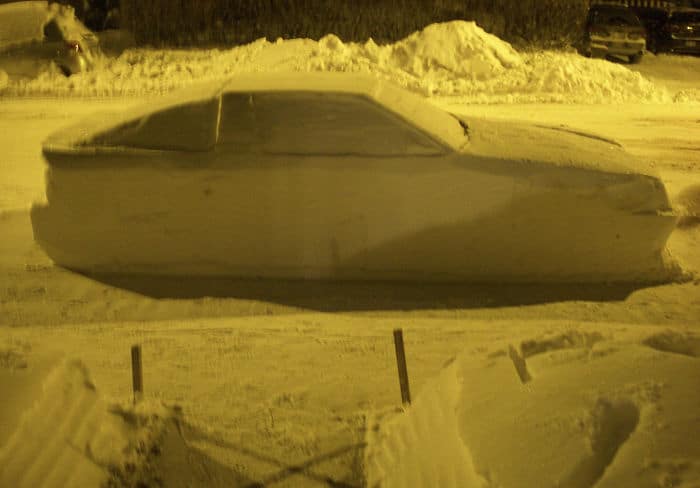