This Cop Rescued The Most Adorable Sloth From The Highway

It’s not everyday that a police officer gets called out to help with a sloth on the highway, although, we imagine that in Ecuador it’s more of a common occurrence! Officers from the ‘Ecuadorian CTE’ (their version of traffic cops) were asked to attend a spot on the highway, where a lone sloth had been seen hanging on to one of the poles of the central barrier. Seeing that the sloth appeared to be in good health, the officers took pictures to document the situation on their Facebook page. For anyone concerned, the CTE posted an update saying that after these photos were taken, the sloth was taken to see a vet, who declared him to be perfectly healthy, so, he was released back into the forest near where he was found. We don’t think this sloth will be attempting to cross the road again any time soon! Take a look at these cute picture! 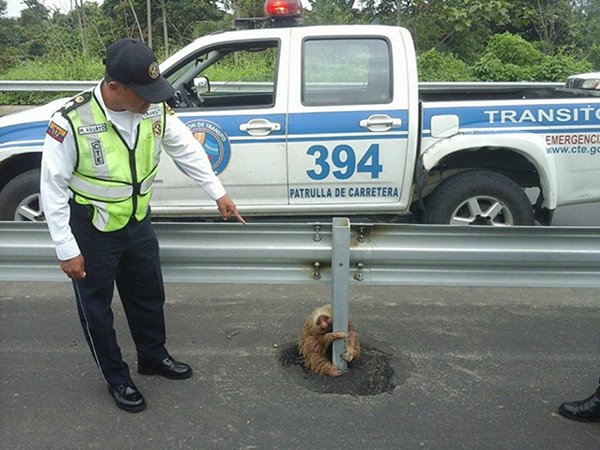 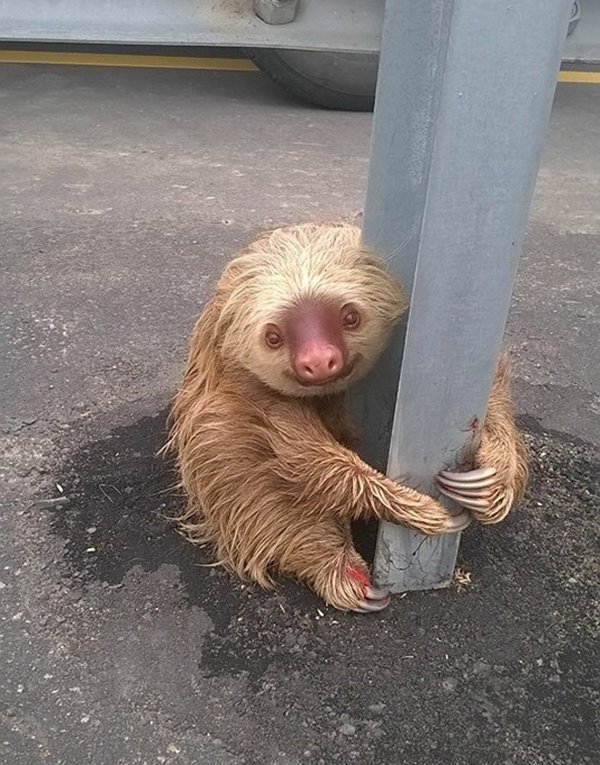 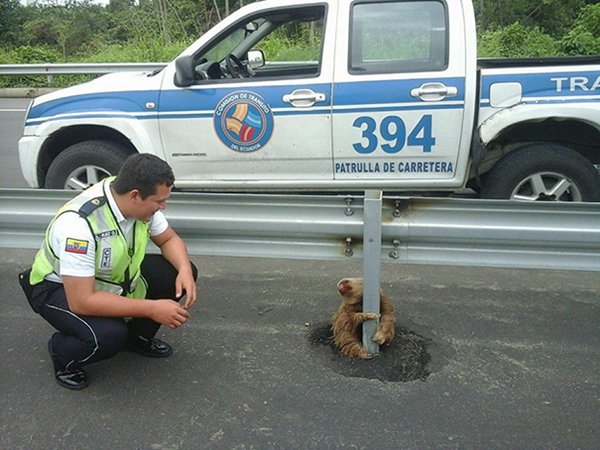 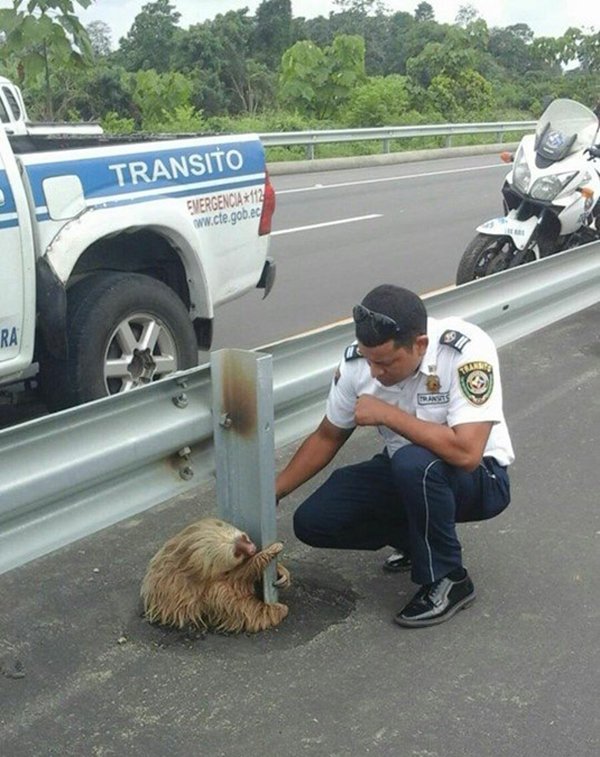 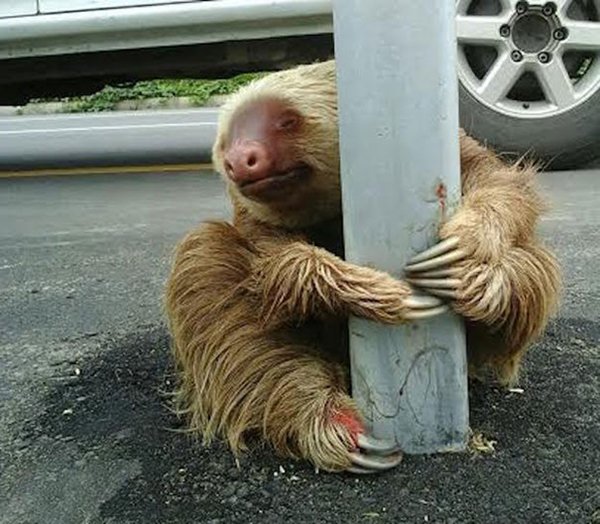