All sorts of people can be secret tattoo addicts, as London-based photographer Alan Powdrill proves in this amazing photo series called "Covered". The people in his series, many of whom are covered in tattoos from ankle to chin, are all living, breathing, works of art. But you wouldn't necessarily know it by catching a glimpse of them in their work clothes. Take a look!
Website: alanpowdrill 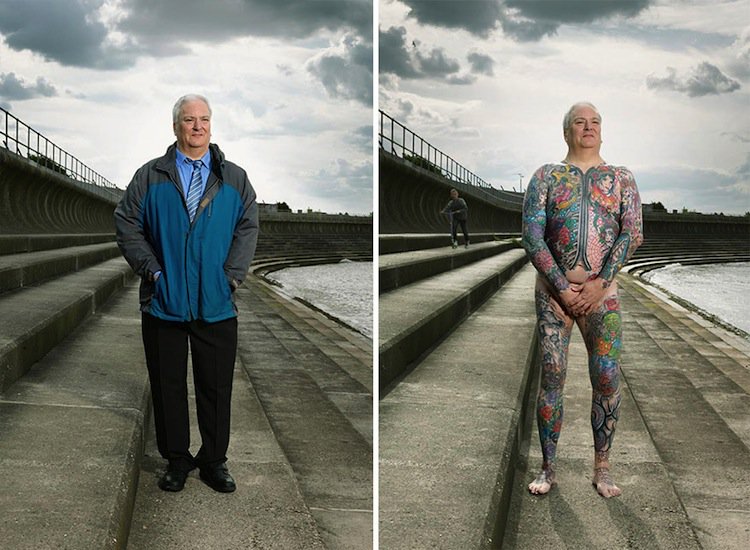 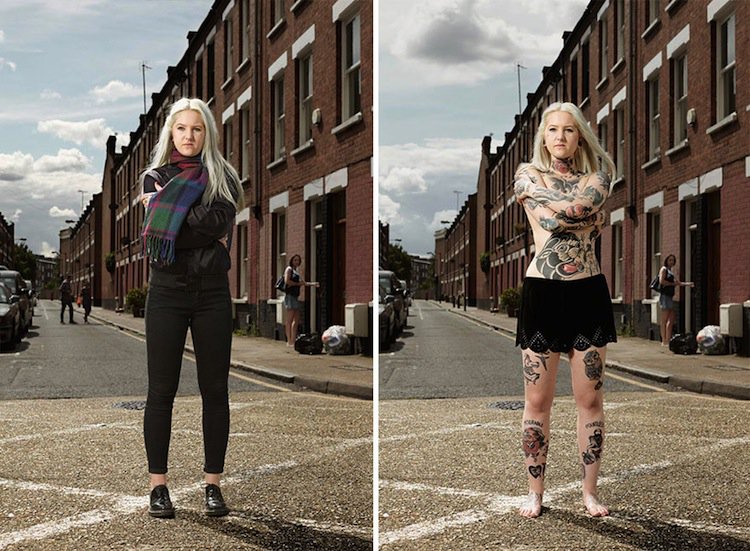 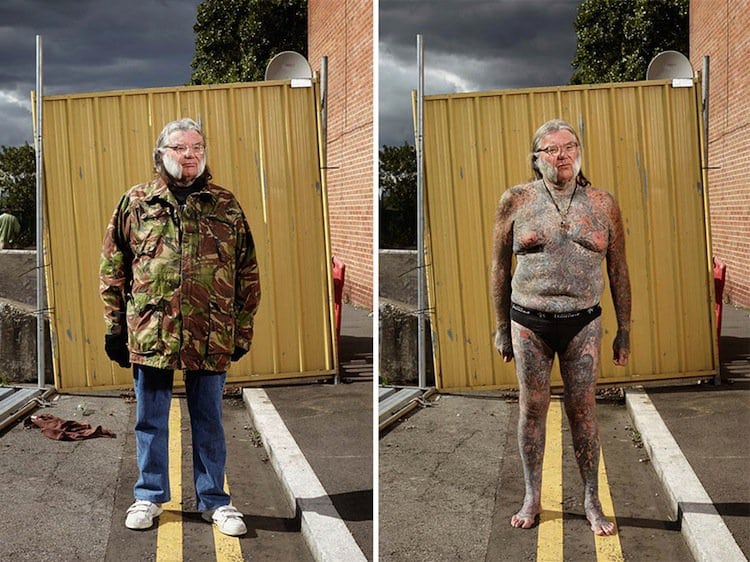 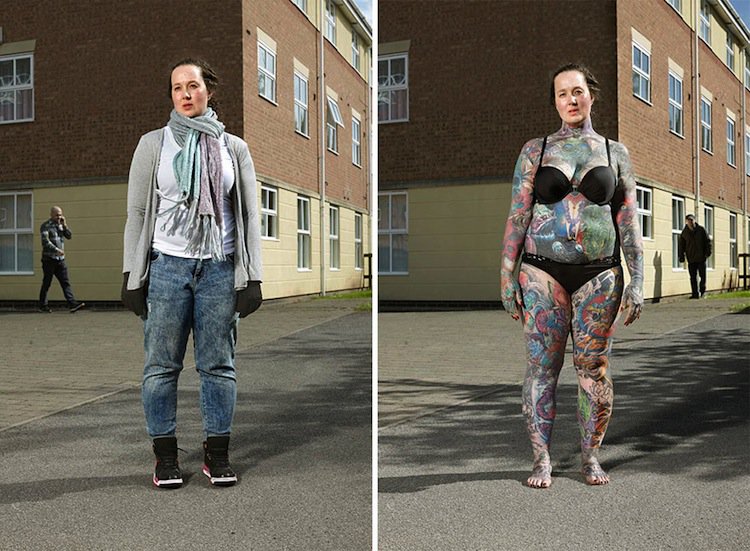 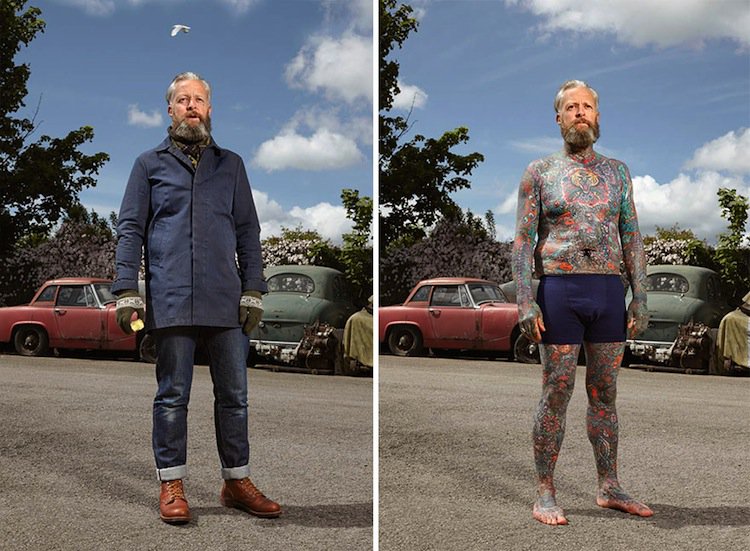 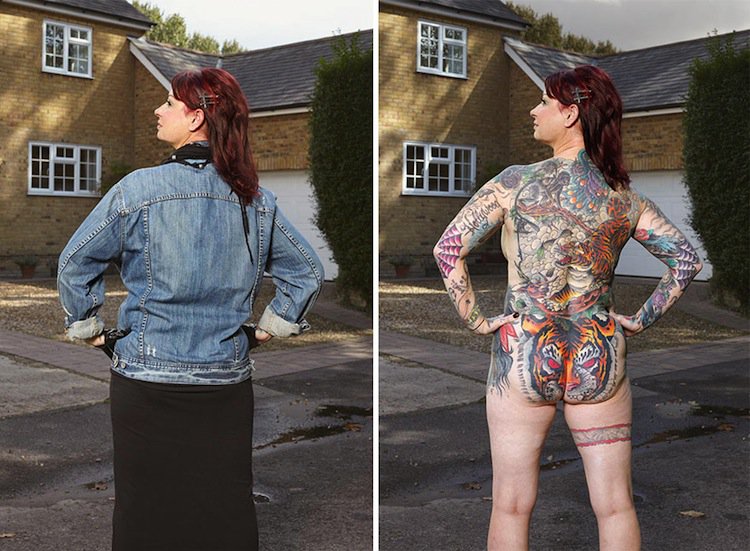 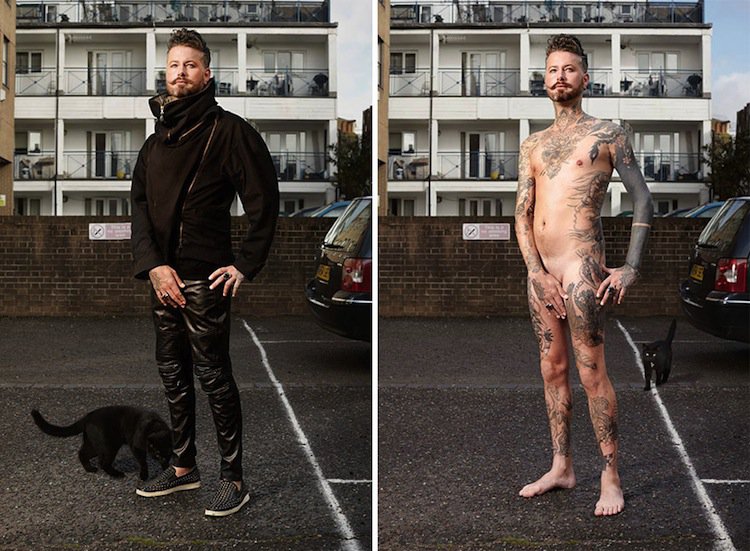 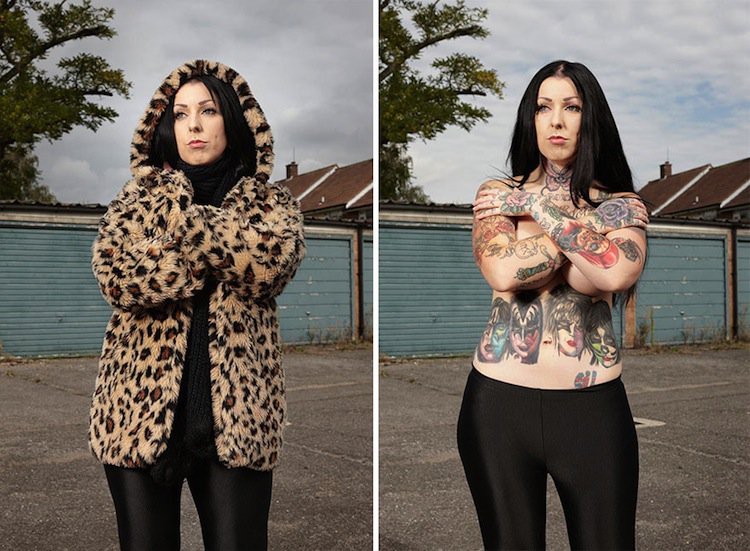 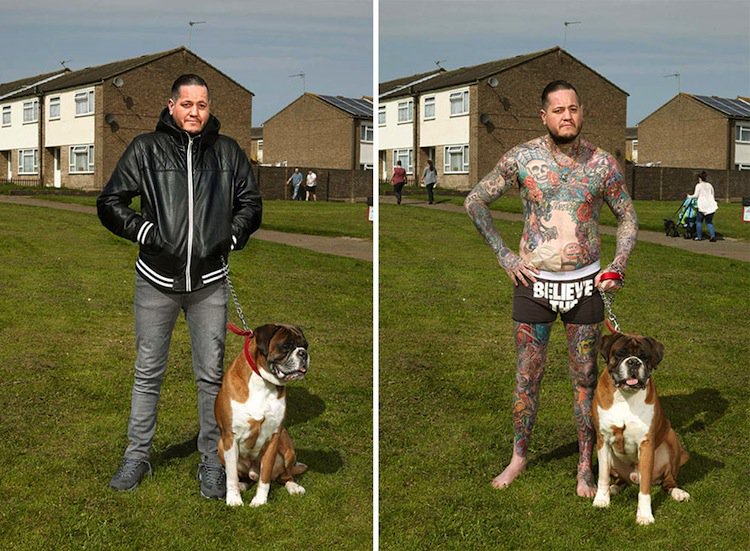 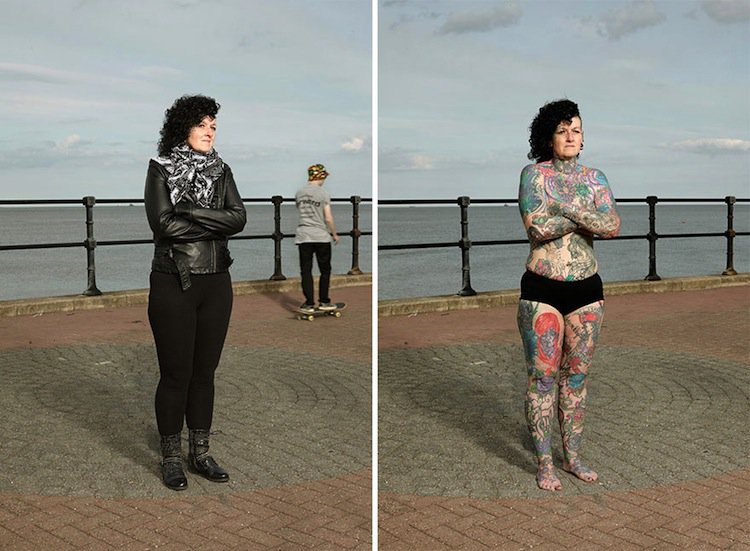 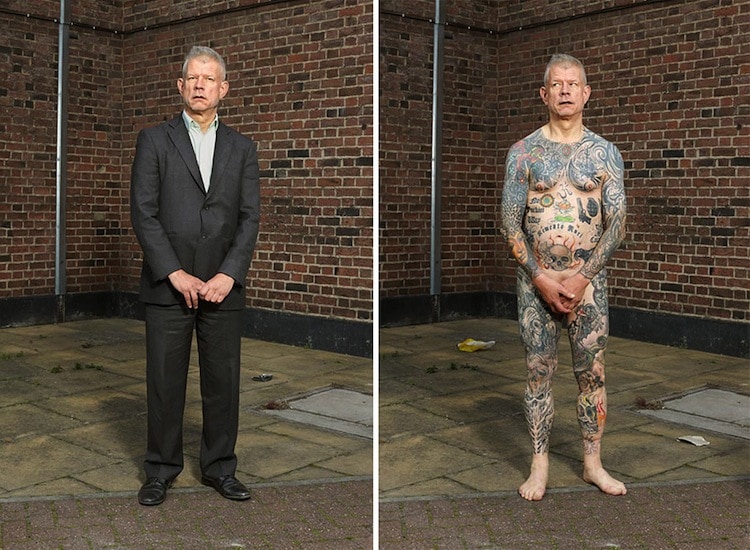 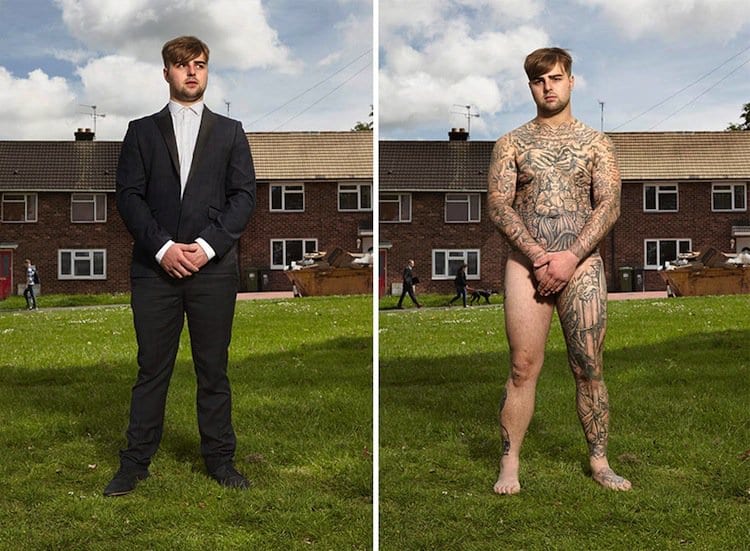 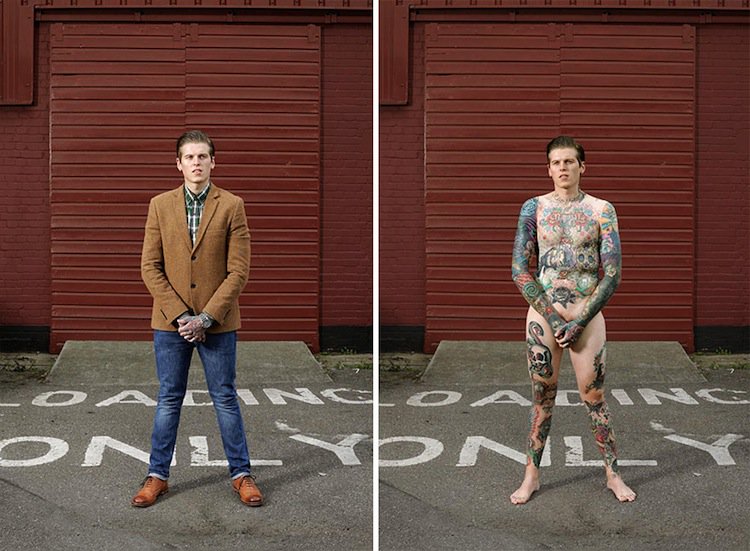 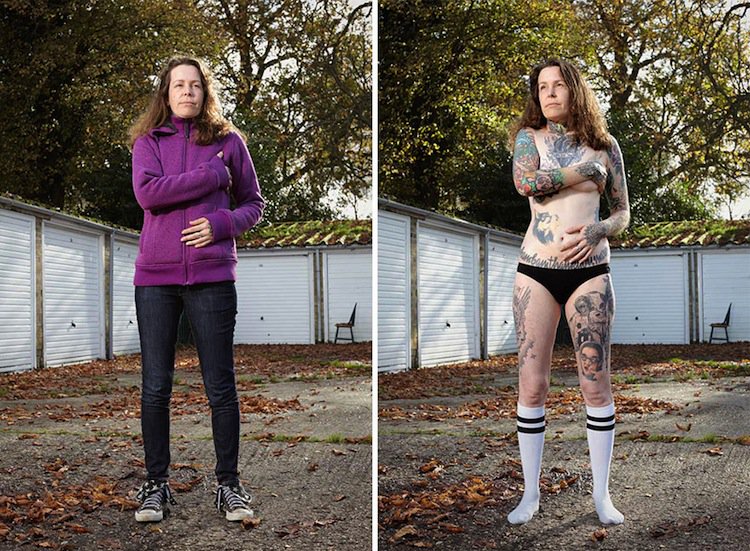 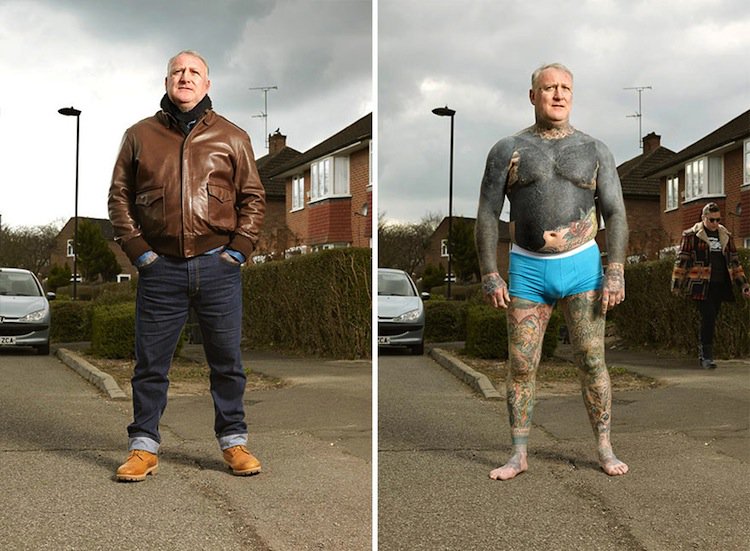