Home » Funny » 15 Harmless And Hilarious Pranks You Can Try

15 Harmless And Hilarious Pranks You Can Try

Let’s face it, even the most sensible among us loves a good prank every once in a while. The problem with pranks is that sometimes people go too far and someone gets hurt, and that’s definitely not funny. However, here we have a collection of harmless pranks that ensure no one gets too annoyed! There kinds of innocent, hilarious pranks are the best kind in our opinion! Take a look…

Funny practical jokes you can try

Imagine waking up to find your car like this! The clean up must have taken a while, and what a waste of cotton balls! However, it was probably worth it to see the owner of the car’s face! 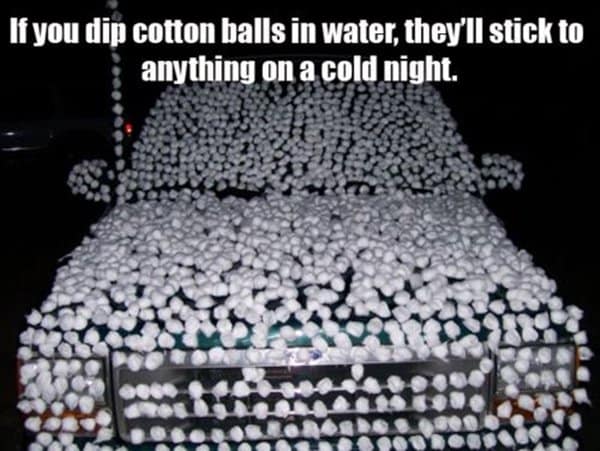 Scrape the middle out of Oreos and replace with toothpaste. Eww! 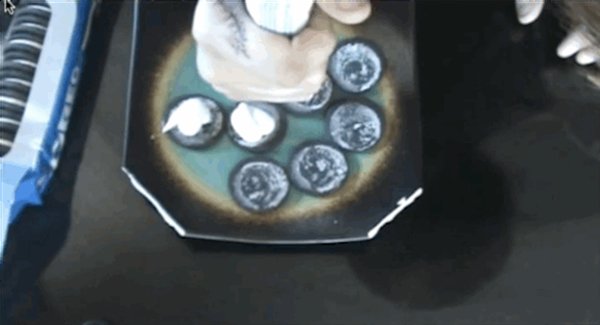 Not exactly subtle, but duct-taping someone’s belongings to their ceiling is pretty hilarious. Funny pranks that think outside the box are the kinds of pranks we like! 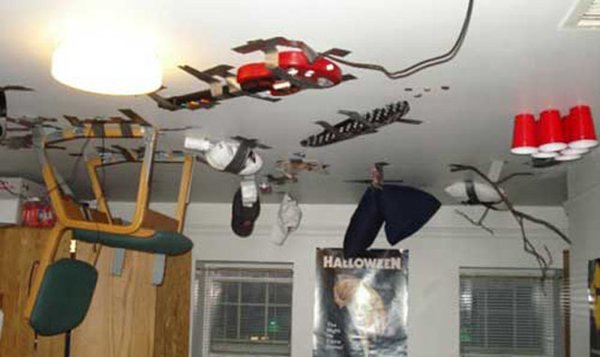 Make a faux milk spill out of craft glue and place it on someone’s laptop or other important item. A gentle fright never hurt anyone! A perfect prank for the office! 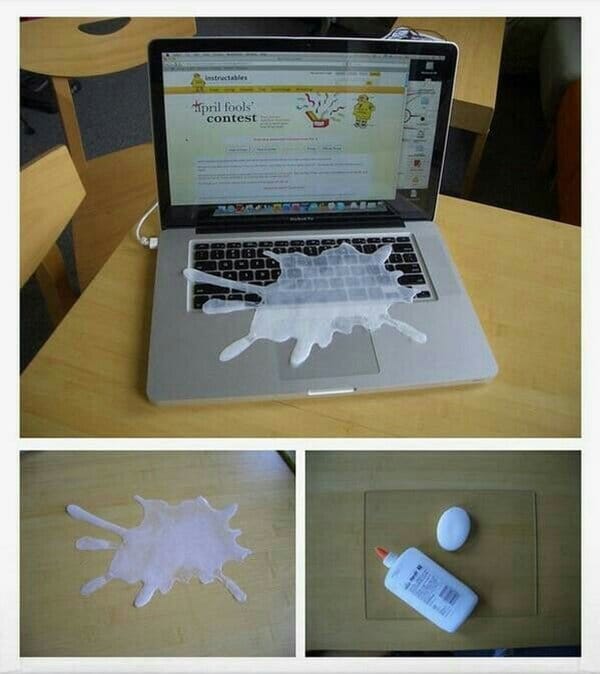 Bring someone their favorite fast food treat, but then replace the food in the box with veggies. This is a mean prank guaranteed to disappoint! 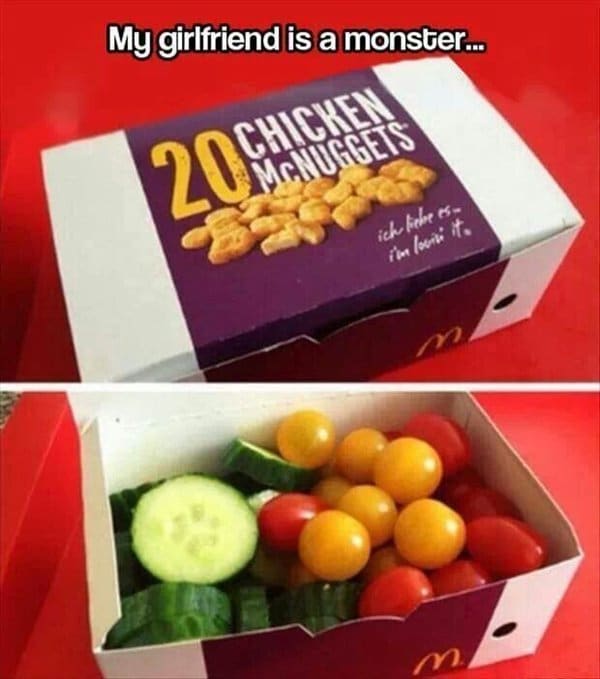 Cover a bar of soap in clear nail varnish and watch people wonder why it won’t lather. Try and film it if you can, confused people are hilarious to watch! 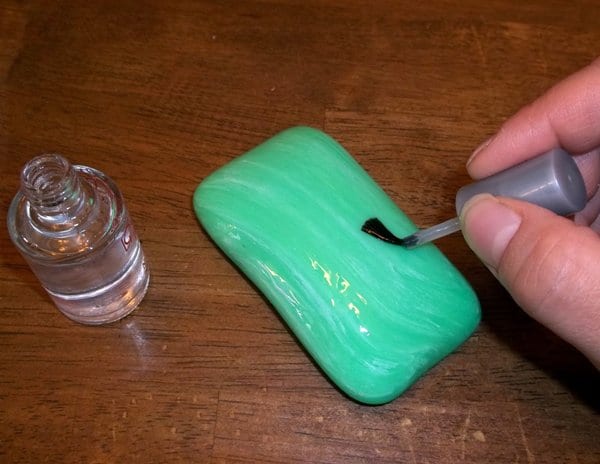 Next time someone asks you for a soda, stick the straw into a ketchup packet and tuck the packet inside the drink. Their first sip will be pure ketchup! 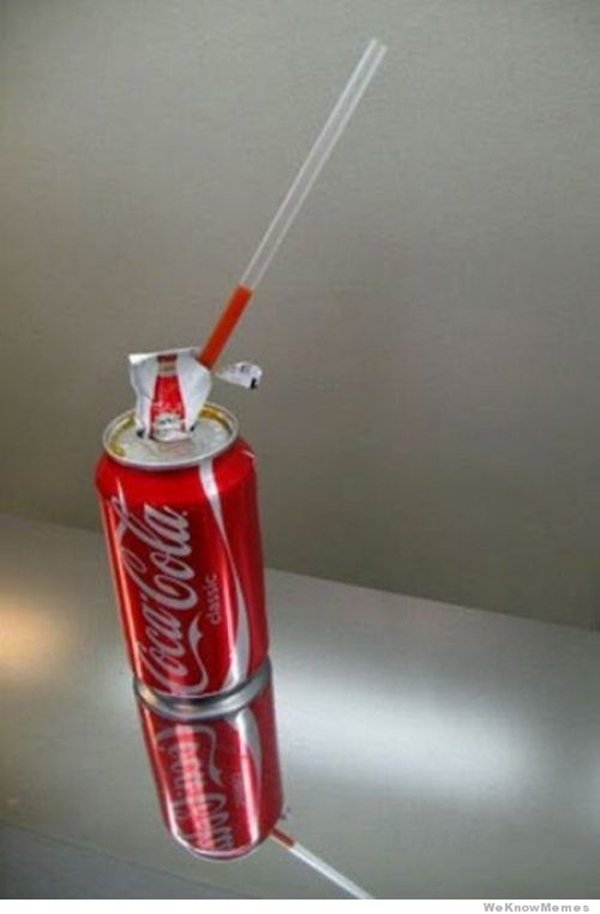 Do this to every item in someone’s fridge. Bonus… attach googly eyes all around the home! 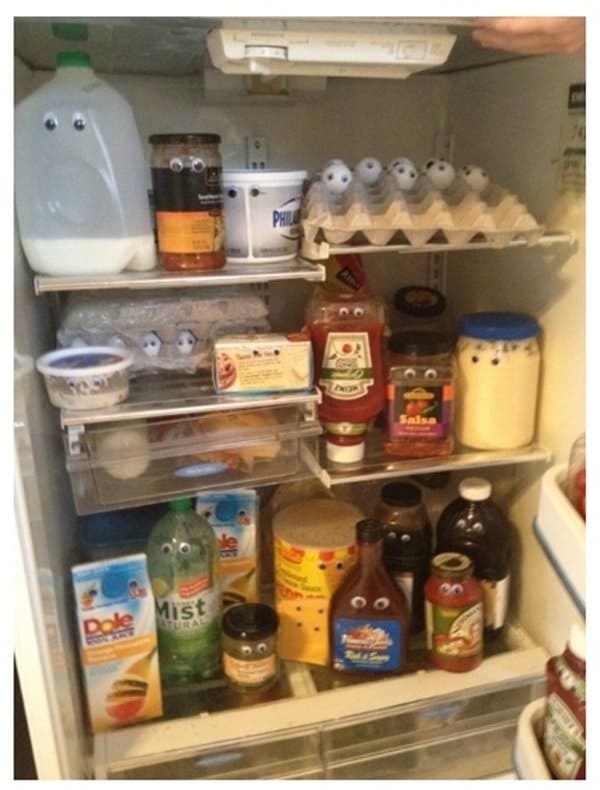 Spill your nail polish onto wax paper, wait for it to dry, then peel it off and place it one someone’s bed sheets or carpet. Watch them freak out! This one’s great because it looks really realistic. 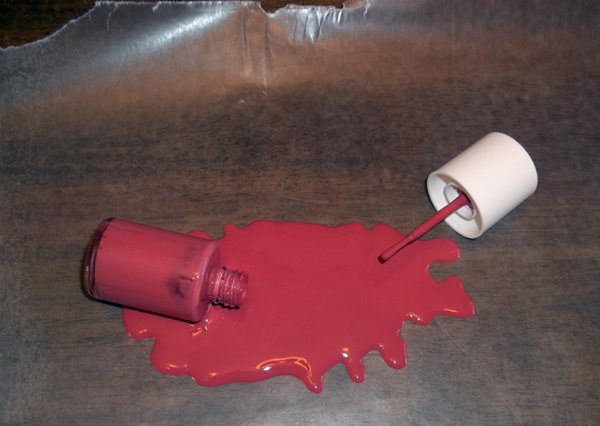 This might look like OJ, but its really craft dinner mix combined with water. Leave it in the fridge and wait until someone pours themselves a drink. Looks really can be deceiving! 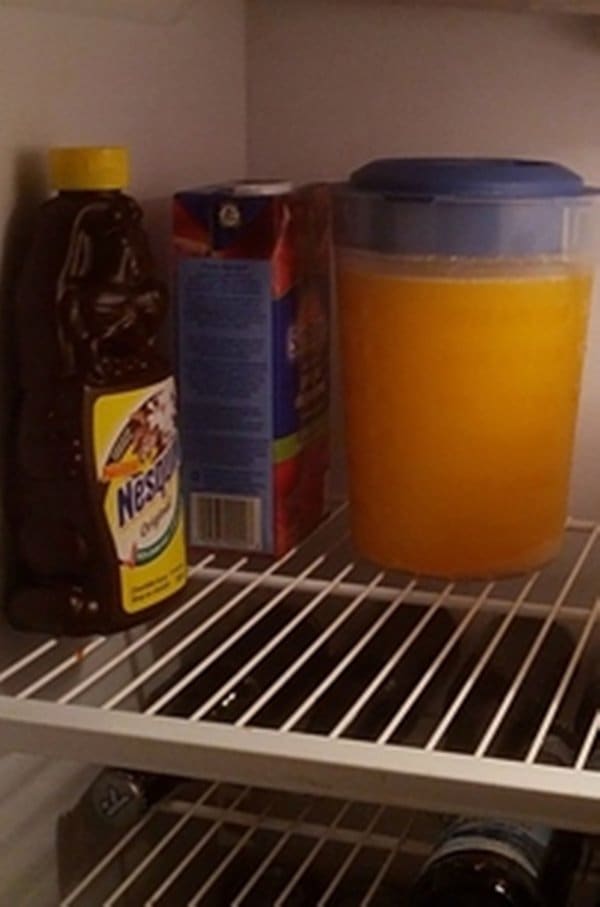 Give someone a bouillon shower. This one shouldn’t be too much of an issue. After all, the person was planning on showering anyway! 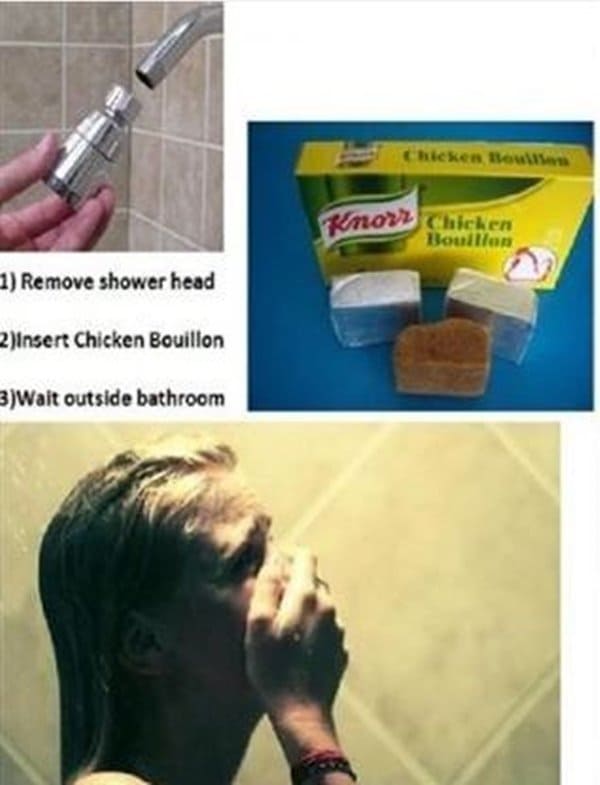 Make someone have cream cheese armpits.

Make some caramel onions. People won’t be able to tell the difference until they take a bite. This one’s great for couples who like to cook for each other. 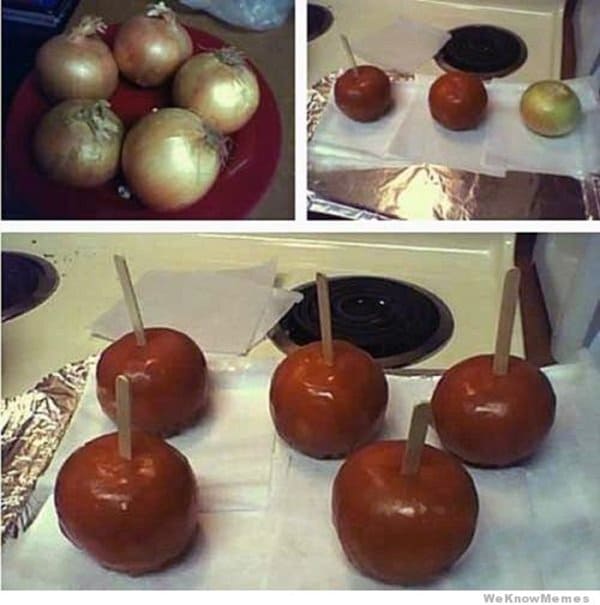 Tell your family you’ve made “brownies”. Technically, its not a lie, but they’ll be disappointed when they uncover the tray! 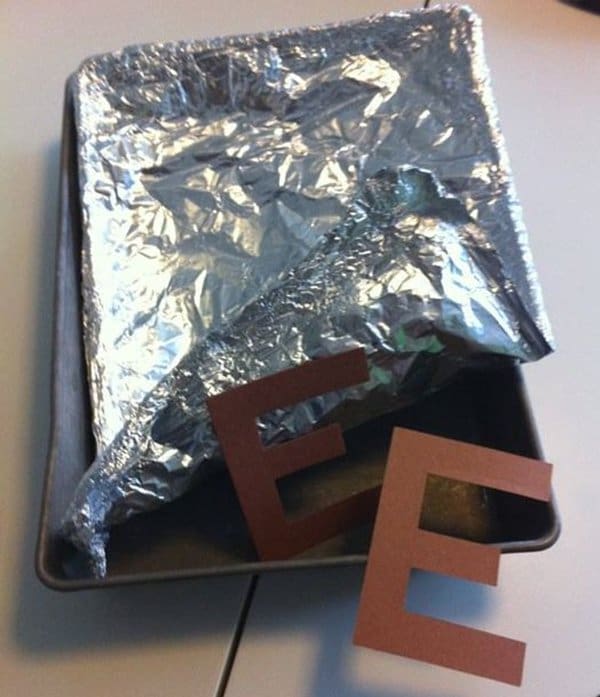 Tell someone you’ll be in charge of getting their birthday cake and watch the disappointment on their face when you turn up with a bunch of asparagus. You’ll get the last laugh, because it’s actually a cake covered in fondant asparagus stalks! 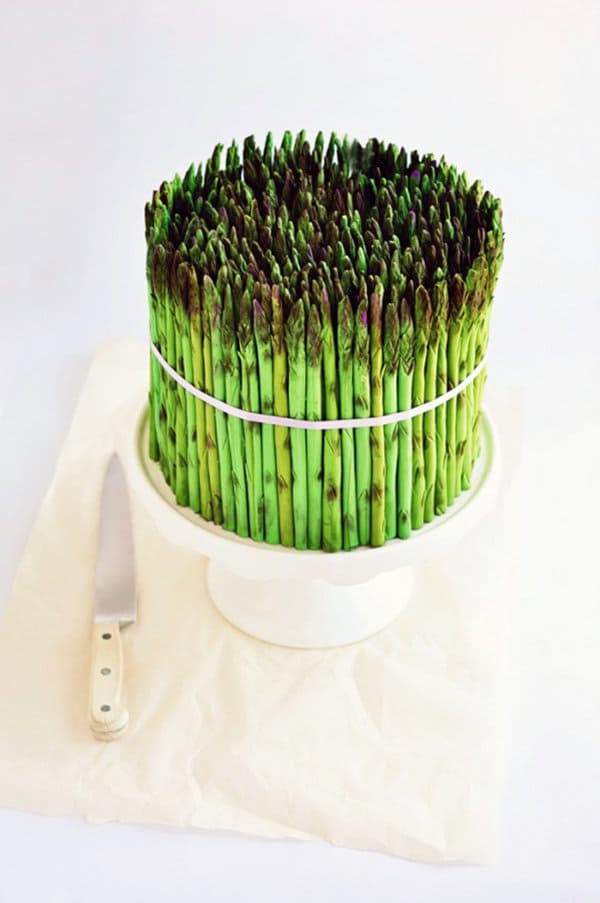