After being pushed back 3 times, the world’s tallest water slide ‘Verrückt’ (German for ‘insane’) finally opened to the public in July 2014. Jeff Henry, owner of Schlitterbahn Waterparks and Resorts and head designer John Schooley, took the first plunge down the 168ft slide.
John Schooley describes it “You have three or four experiences on the ride. There is a 3-second free fall before you get launched into a weightless situation for a few seconds, and then you come down like a roller coaster and have a long splash down.”
Up to 4 people can go down together using one of the 4 seater rafts and can hit speeds of up to 40-50 miles per hour! It really is ‘Verrückt’ 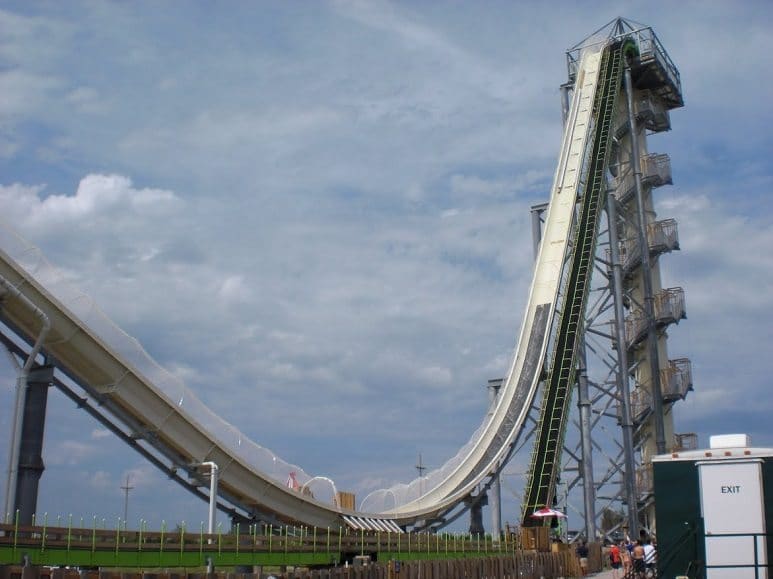 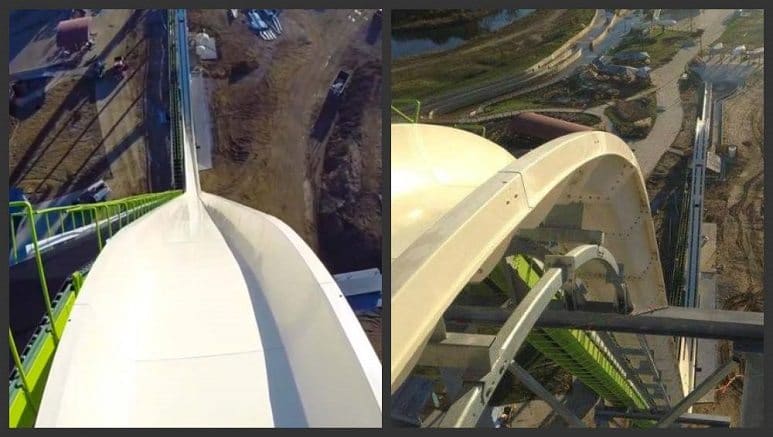