Reaching 100ft tall, it is said that Horace Burgess owns the world’s biggest treehouse.
Horace, from Crossville, Tennessee claimed he had a visionary commandment from God to build a treehouse and boy did he ‘nail’ it! Speaking of nails, it’s estimated Horace used over 250,000 of them to put it all together. The mansion consists of 80 rooms. Yes, EIGHTY! It’s 10 stories high filling around 10,000 square feet. Horace says he still isn’t finished and that it will most likely always be a work in progress. It has taken him 19 years to build and so far he has spent over $14,000 on the project using mostly recycled materials. 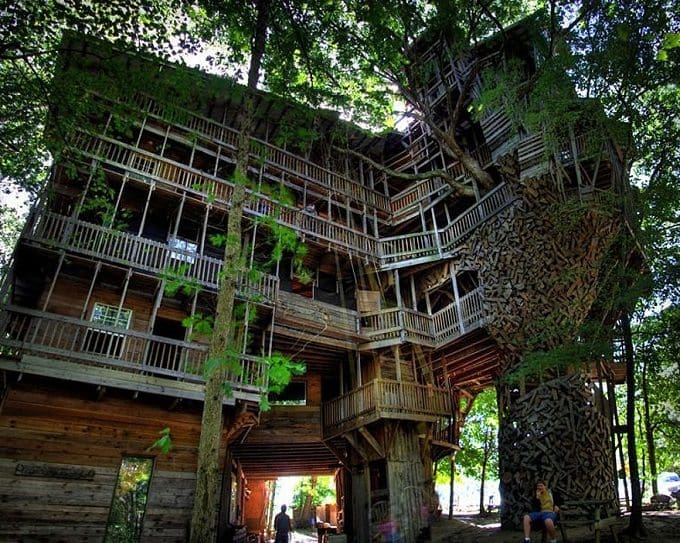 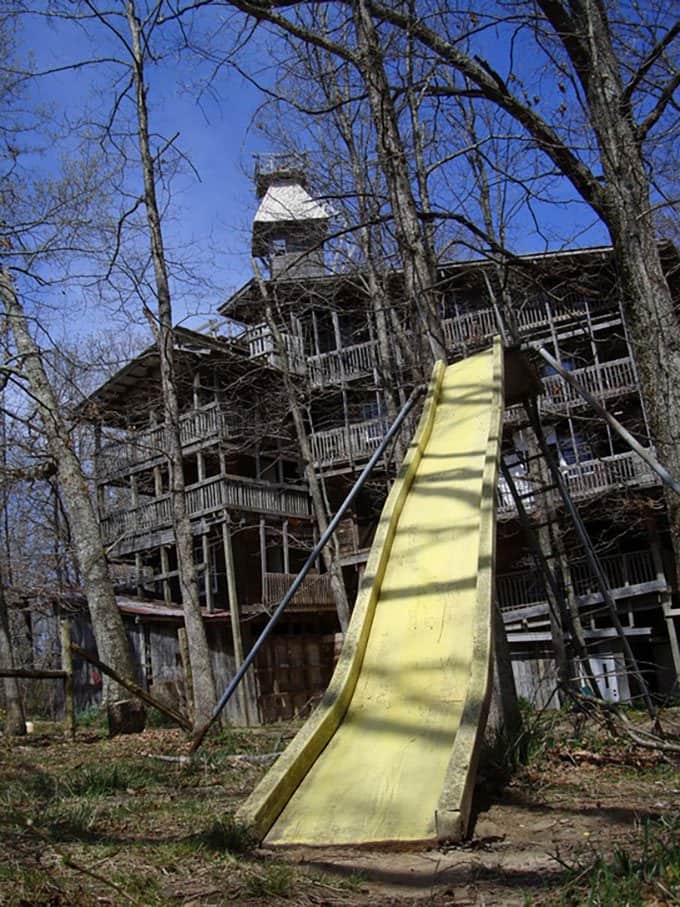 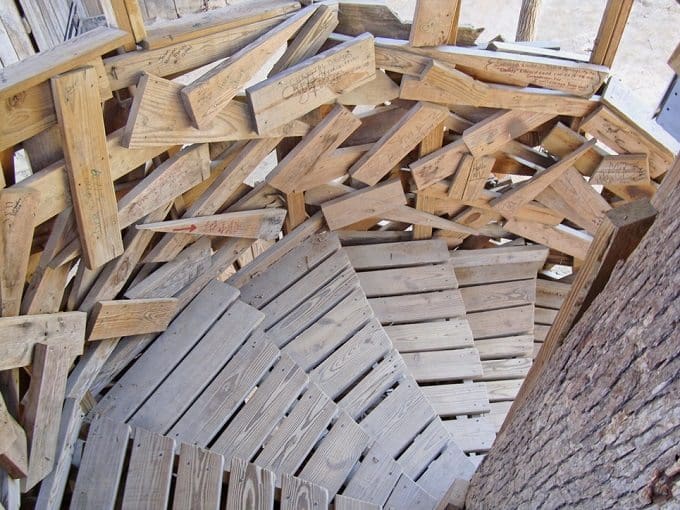 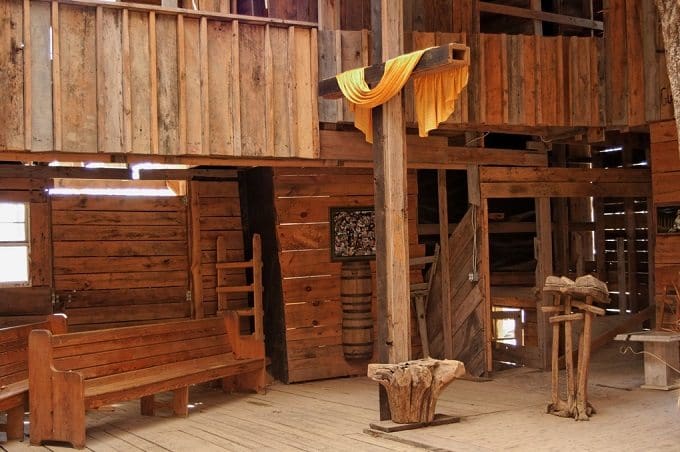 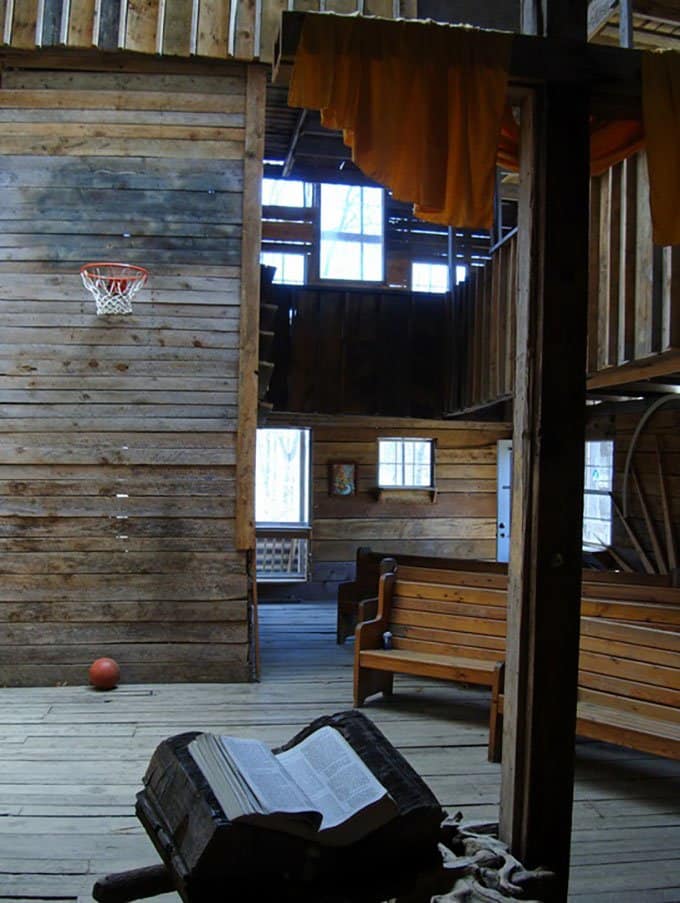 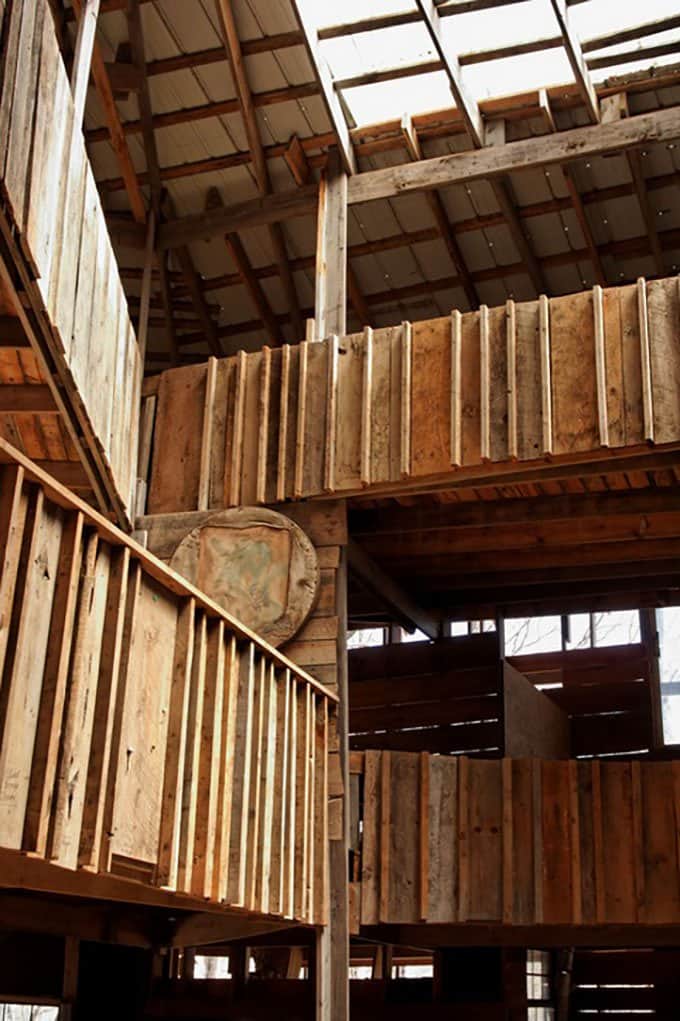 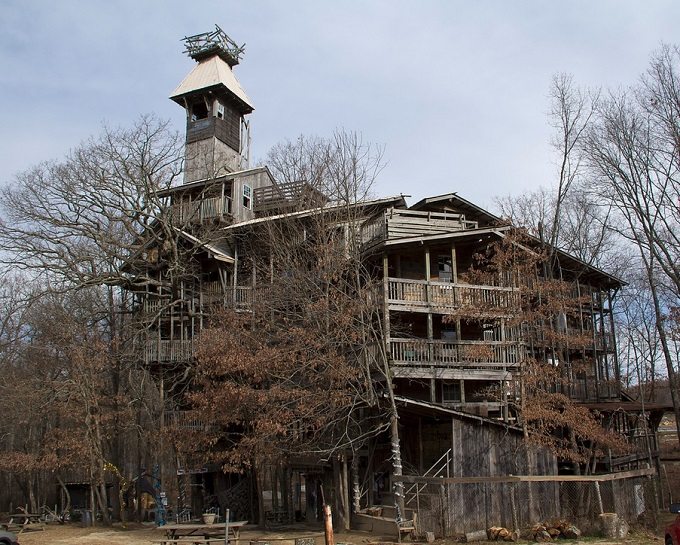