Women That Were Dishonest About Being On Birth Control

It’s actually pretty scary to think about the amount of men that don’t protect themselves sexually. Unfortunately, there are many women who are dishonest about being on birth control. Despite knowing this, some males still take the risk! Why let someone else be in control of your future? If you categorically do not want to become a parent, take extra precautions! Below we have a list of guys who were lied to about this very topic. Take a look and always remember to be careful!
Website: Whisper

It would be strange not to feel betrayed. Being lied to like this is not okay. 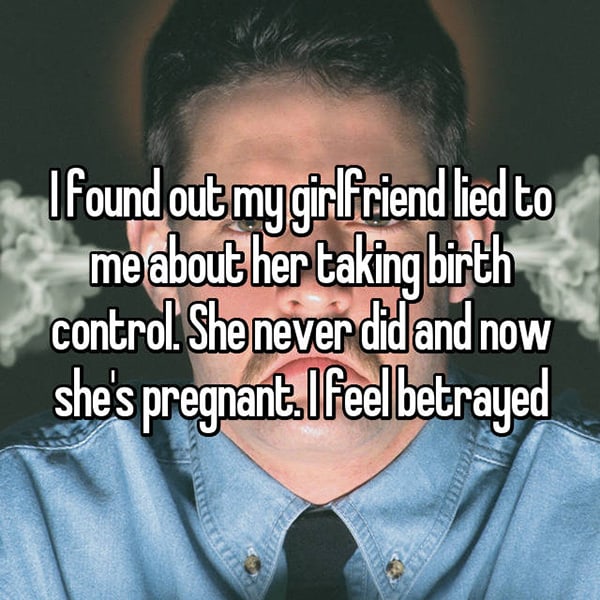 Sometimes we can’t believe things could happen until they actually do. 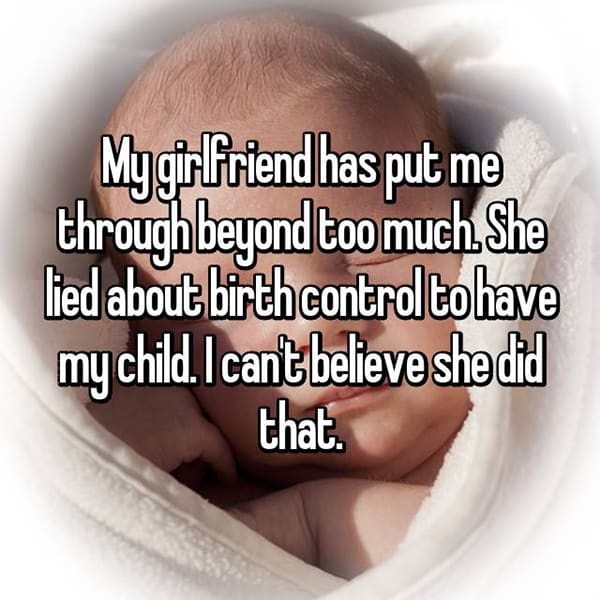 The selfishness just gets worse and worse! How shameful! 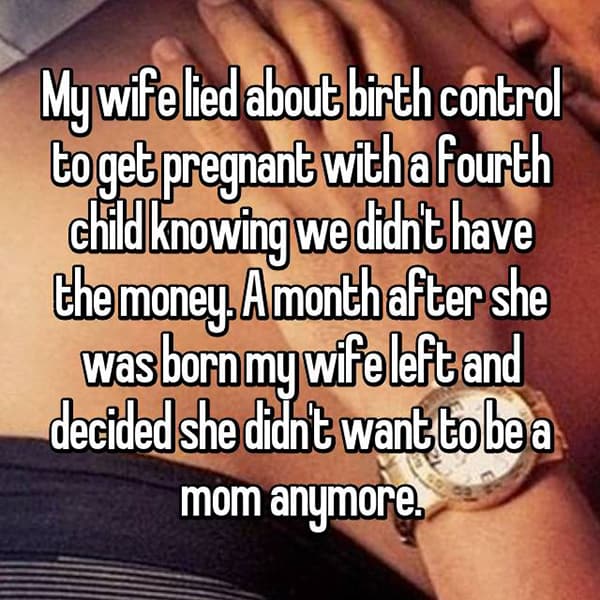 This was totally unfair on the mother’s part. 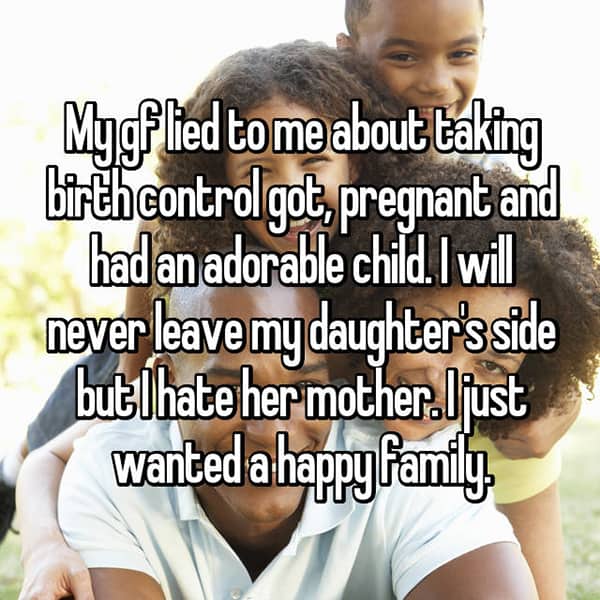 Hoping for a healthy child would have been a better thing to say. 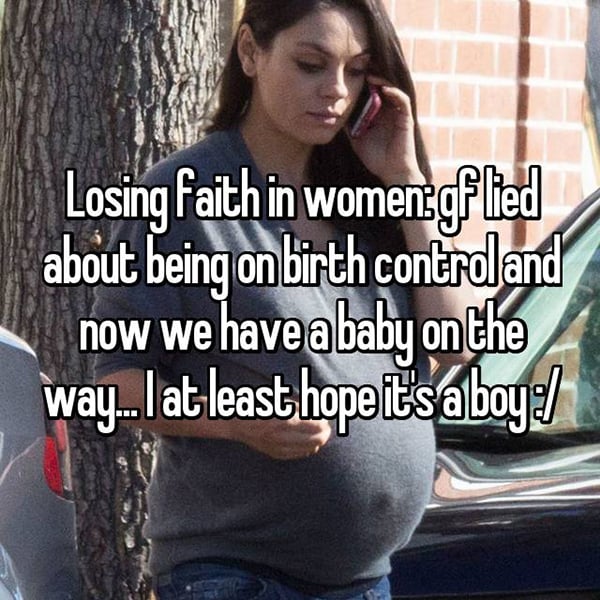 Those feelings are pretty natural in this situation if you ask us. 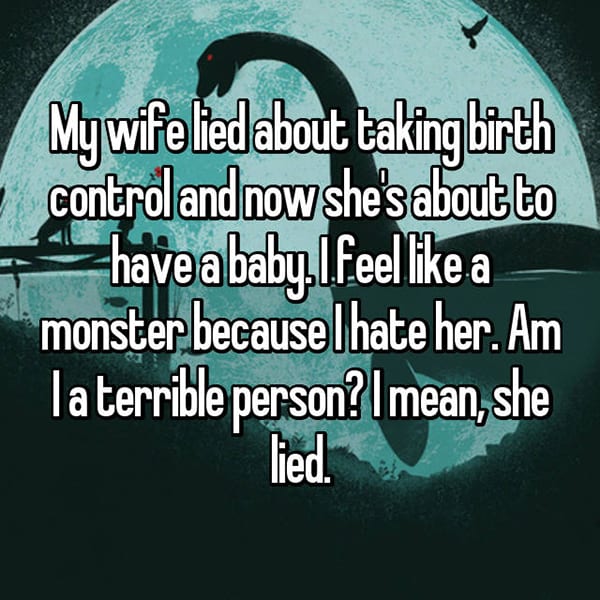 Ending the relationship doesn’t have to mean losing your son. 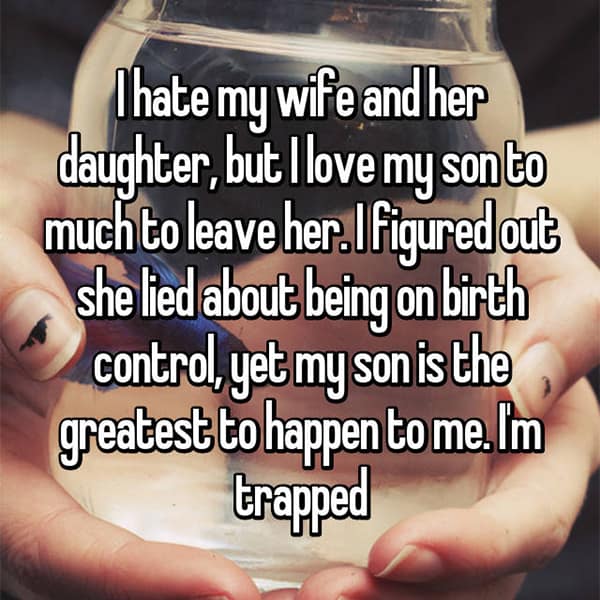 It sucks when you’re forced to grow up quickly over something like this. 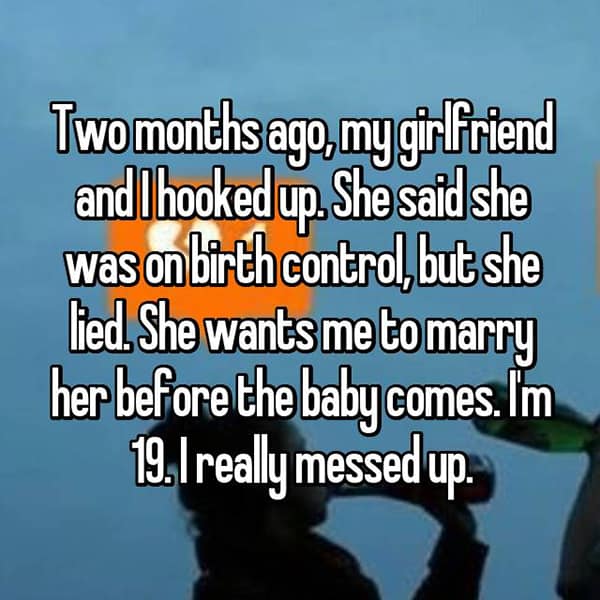 Only you can decide what to do, but at least she confessed and you’ve had a talk about it. We would recommend using extra protection from now on should you choose not to try for a baby. 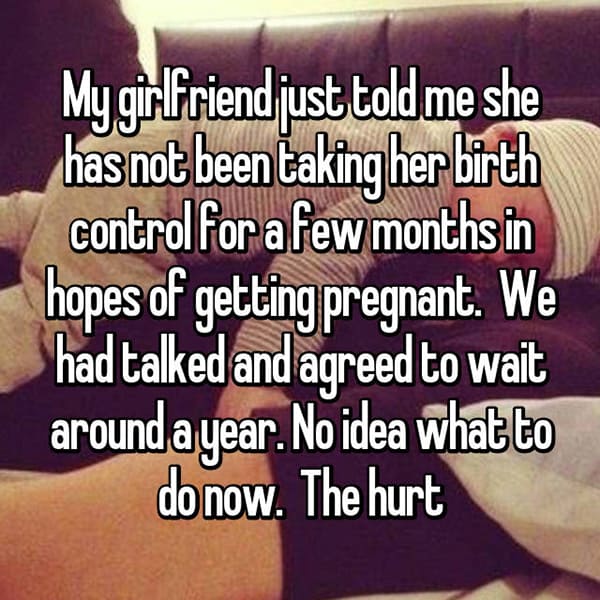 It’s pretty irresponsible to purposely bring a child into the world when you haven’t got your own life together yet. 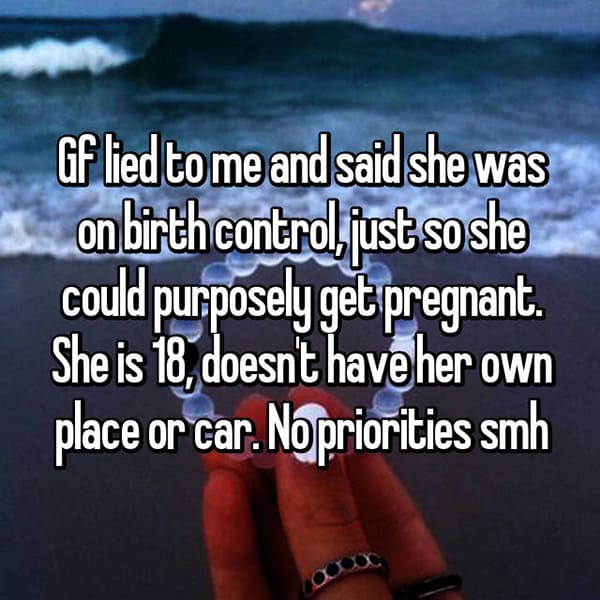 This is NOT normal or acceptable behavior! 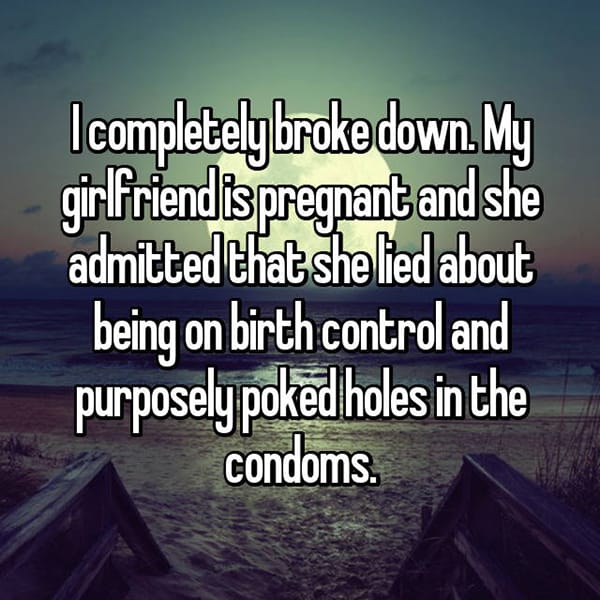 Not the best hiding place she could have chosen which worked out well for this person! 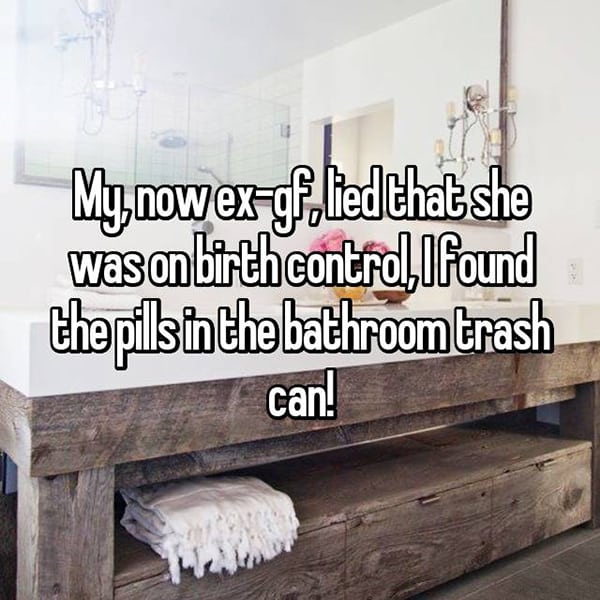 Once trust has been broken in this way, it can be extremely difficult to ever get back. 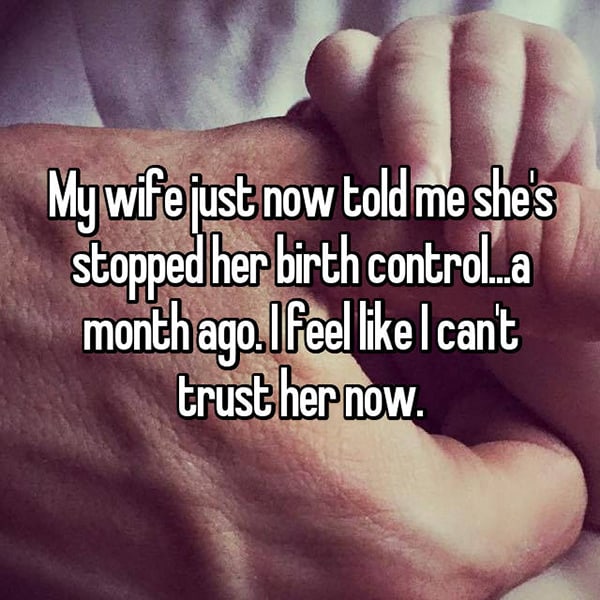 This is a classic example of why men should protect themselves, do not rely on someone else’s word! 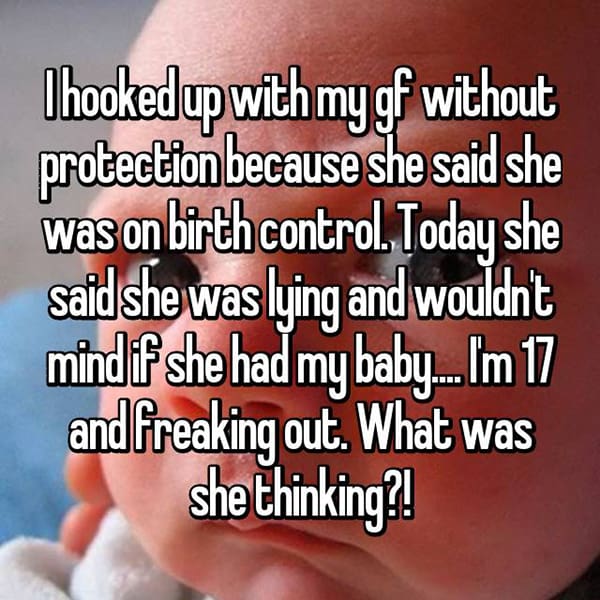