Veronica Mars might have been one of the most badass high schoolers ever to grace our TV screens, but her life was anything but straightforward. The entire premise of the first season was her trying to figure out who had murdered her best friend and, frankly, that would be an exceptional amount of trauma for one person to deal with as is. But, her troubles certainly didn’t end there. In fact, by comparison, it made your day to day existence seem like an episode of The Brady Bunch. Here are twelve times when Veronica Mars made your life seem totally easy. Check them out, but beware of spoilers ahead if you haven’t already watched the show!

When Veronica found out that her best friend was murdered by the father of the guy she was seeing and said murderer then tried to kill her, too. 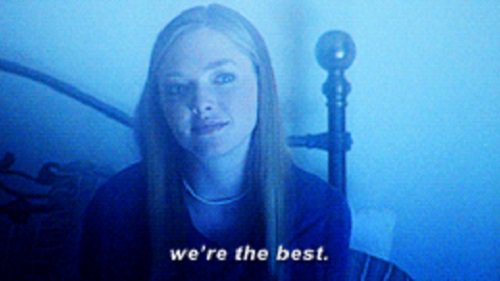 When she came to tell Logan she still loved him but found out he’d had a sleepover with Kendall Casablancas.

When she discovered her mom and Jake Kane were meeting in secret.

And then when Abel Koontz told her she might be Jake Kane’s daughter, which also would have meant that she used to date her half-brother.

When some jerk smashed up her car. And then she eventually fell in love with the aforementioned jerk.

When Duncan knocked up Meg Manning who later died after giving birth and Veronica had to help Duncan kidnap his own daughter so she wouldn’t end up in the hands of the abusive Mannings….

When Veronica was drugged by the hearst rapist. Twice.

When she found out Logan had slept with her arch nemesis Madison Sinclair.

When a group of her classmates were driven over a cliff to their deaths and the Sheriff’s Department was too inept to find the real perpetrator.

When it turned out that Beaver had caused the bus crash to cover up the fact he was molested as a child. And also he was the one who had raped Veronica was she was drugged and passed out at a party. And he gave her chlamydia.

When Aaron Echols was acquitted of Lilly’s murder and she missed a test to be at the hearing and thus lost her scholarship.

Oh, and that time when she was arrested during class. It’s not easy being Veronica Mars!