Survivors Of Domestic Abuse Get Free Tattoos By Flavia Carvalho

Domestic abuse is a harrowing and horrible thing to go through. It doesn't help in cases where physical scars are left along with the psychological ones…a constant reminder to the survivor of what happened to them. Tattoo Flavia Carvalho decided to do something positive to help survivors of domestic abuse move on with their lives. She now offers free tattoos to those with domestic abuse scars, as well as those with scars from mastectomy operations. She's helped to cover scars from knives and other blades, as well as from bullets. Read more about her amazing work, below!

"It all started about two years ago, when I worked with a client who wanted to cover a large scar on her abdomen." 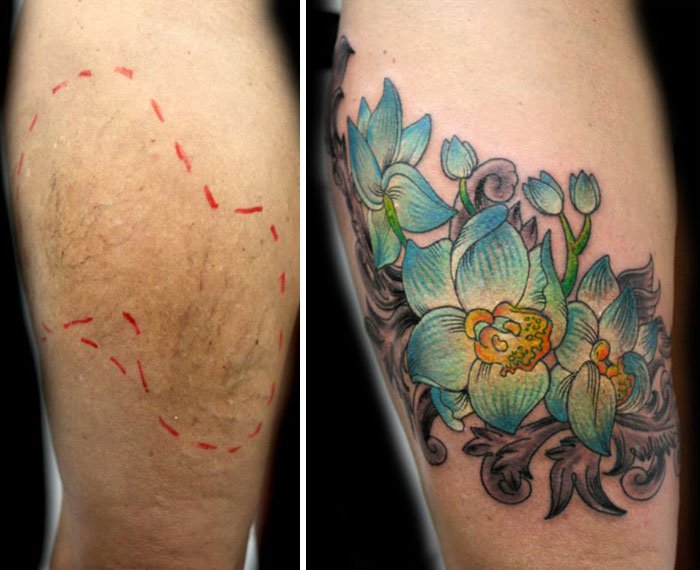 "She told me that she was at a nightclub, and when she turned down a man who approached her, he stabbed her with a switchblade." 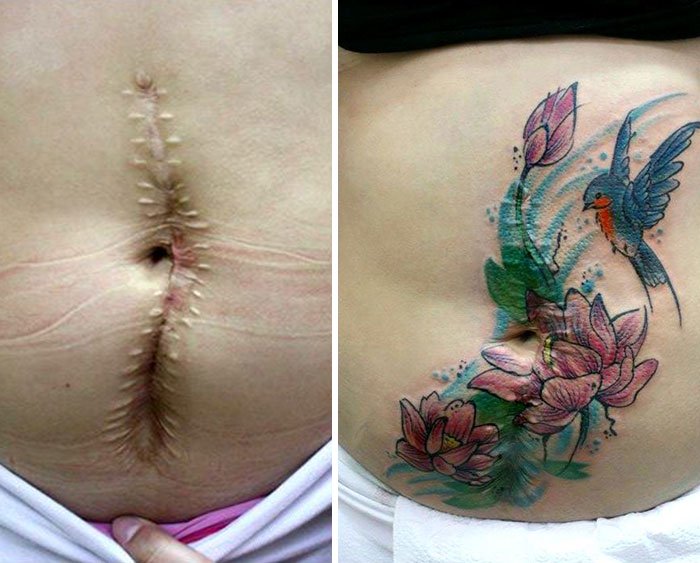 "When she saw the finished tattoo, she was extremely moved, and that deeply touched me." 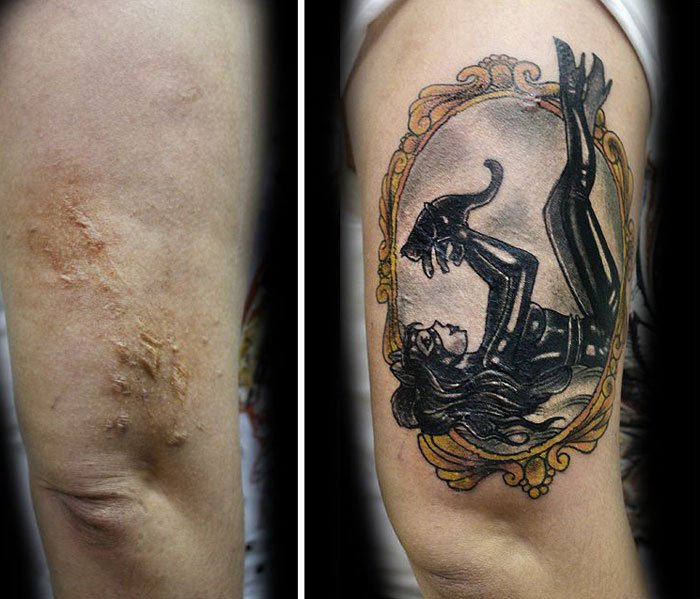 "The one that shocked me the most was the story of a 17 year old girl who dated an older man and, for months, suffered from the physically abusive relationship." 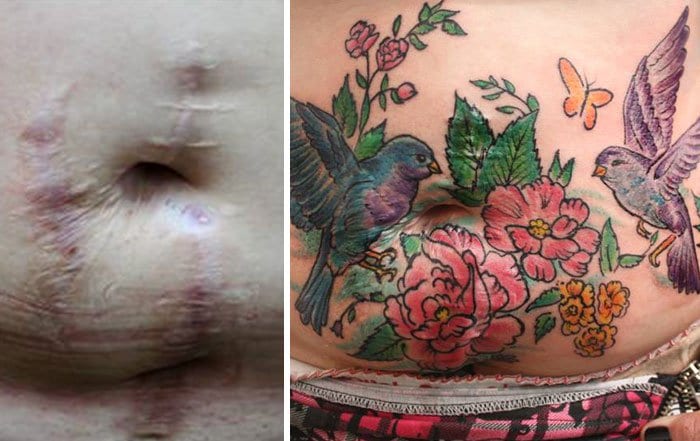 "When he wanted to break up with her, he scheduled a meeting, and after they began to fight, he stabbed her several times in her abdomen and violently raped her." 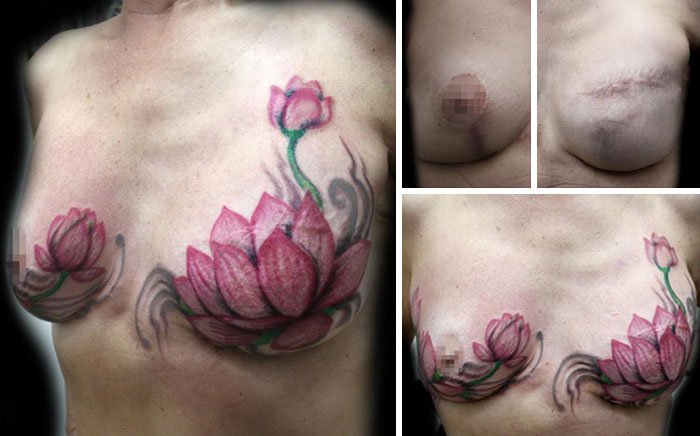 This tattoo covers up a scar left by a bullet. 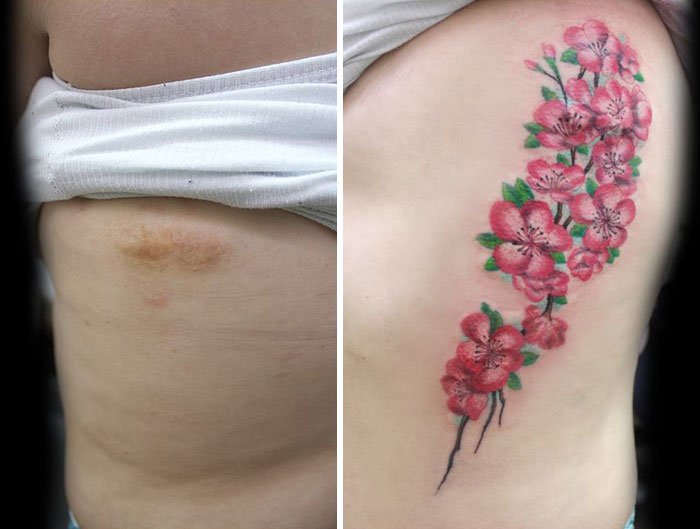