Small enough to contain just one elegant ring, it’s almost impossible to imagine how a ring box can contain a miniature theatrical scene. Toronto-based artist Curtis Talwst Santiago was able to create amazing worlds inside tiny boxes in his series of ring box dioramas. In his Infinity Series, vintage ring boxes in different shapes and sizes serve as a stage for his miniature figures in various settings. We’ve seen a lot of dioramas crafted in a larger scale using shadow boxes and even bookends. So, why did this particular artist decided to use tiny ring boxes instead? 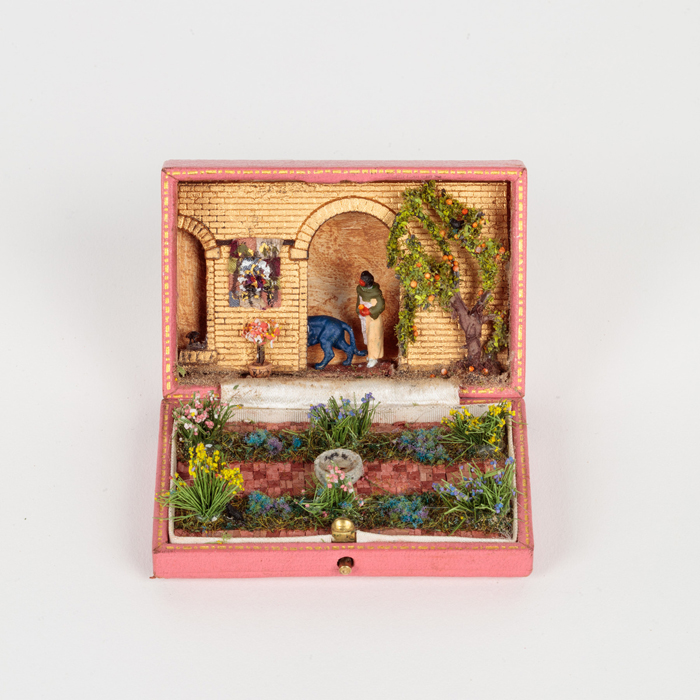 It all started when a vendor at a market in Paris gave him a vintage ring box and asked him to do something with it. Then the idea of creating a miniature diorama inside the tiny box immediately sparked in his mind. His first creation featured a spectacular beach setting highlighted by a woman in a black swimsuit. As the viewer opens the box, the picturesque scene emerges to transport them to another world. That’s how his series of ring box dioramas began. 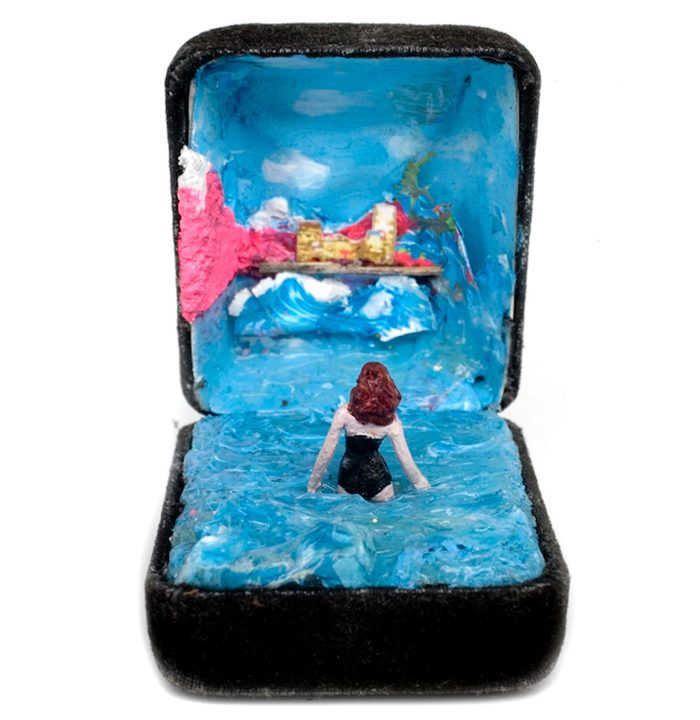 Some of his creations were inspired by nature and classical arts. However, most of the scenes depicted in his ring box dioramas are based from current events and present-day issues. One of his most powerful creations was The Execution of Unarmed Black Men which depicts the infamous shooting of Michael Brown on August 2014. Portrayed inside an insipid brown box, the subject can be seen surrounded by a group of police officers. Talwst cleverly uses cotton to represent the gun shots that ended the life of the 18-year-old African American man.

The Execution of Unarmed Black Men 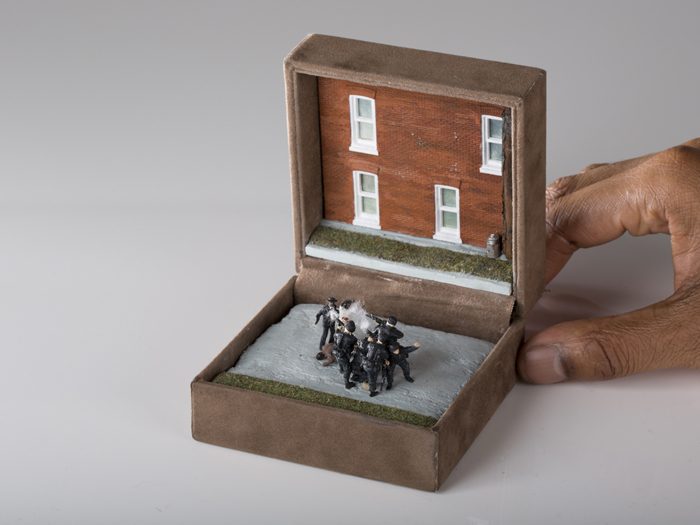 Creating small-scale dioramas within a very limited space requires a great sense of control and exceptional attention to detail. As painstaking as it seems, Talwst find this challenging endeavor as an encapsulated expression of his feelings and opinions.

“The work’s small scale allows me the opportunity for a very particular kind of meditation,” he says. “The overarching theme is related to time and space; to my sense of the vastness and the fragility of the world which I inhabit; and my fleeting memories of this world.”

Check out some of his most impressive ring box dioramas included in his Infinity Series. 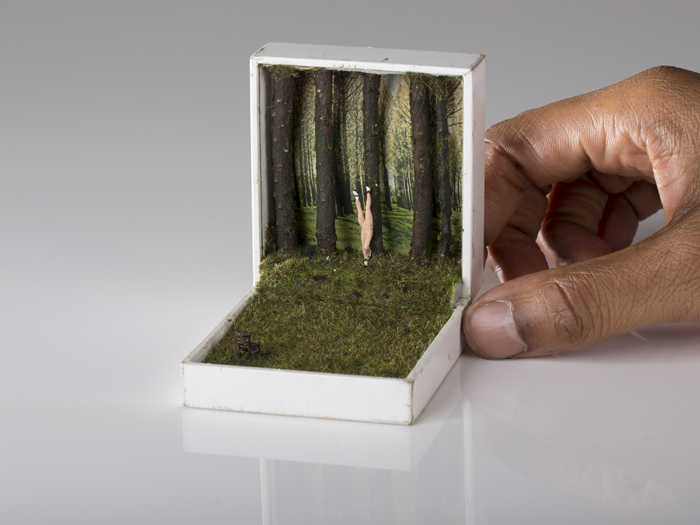 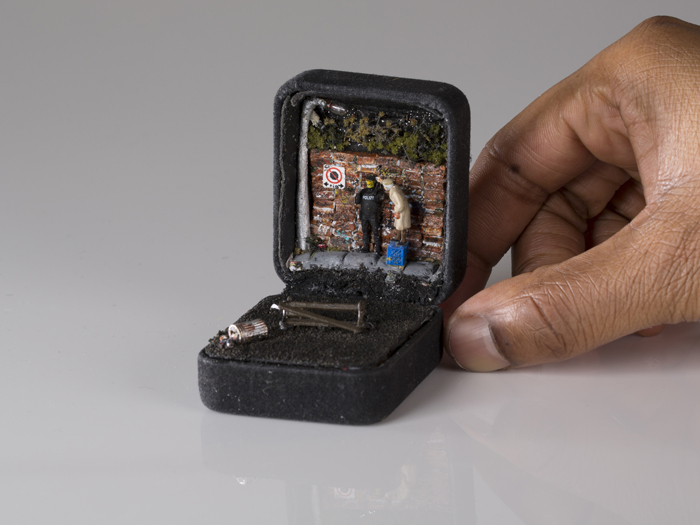 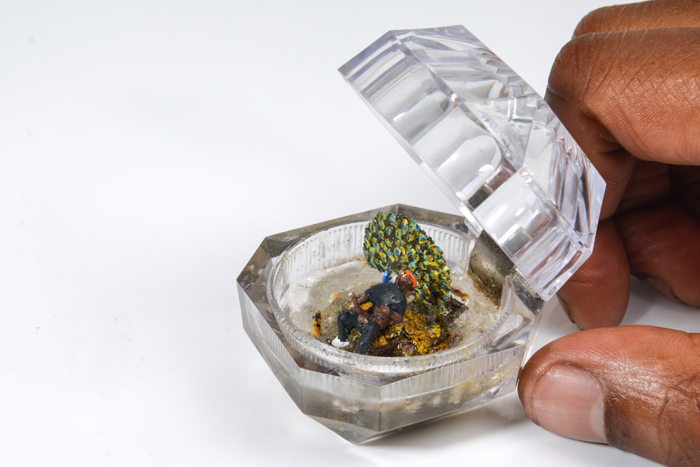 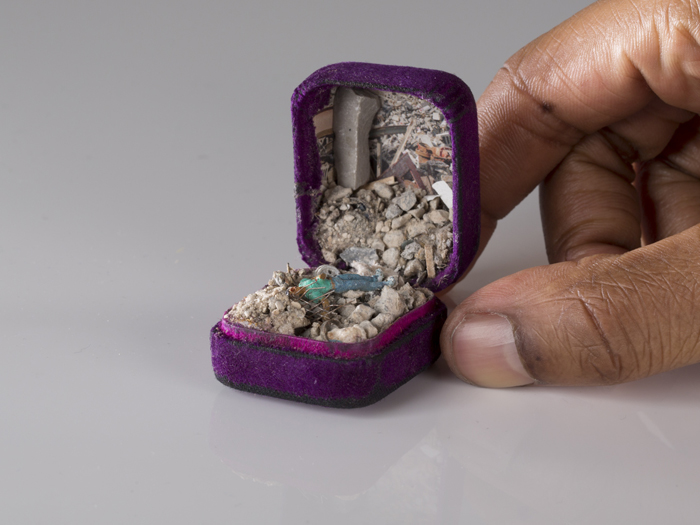 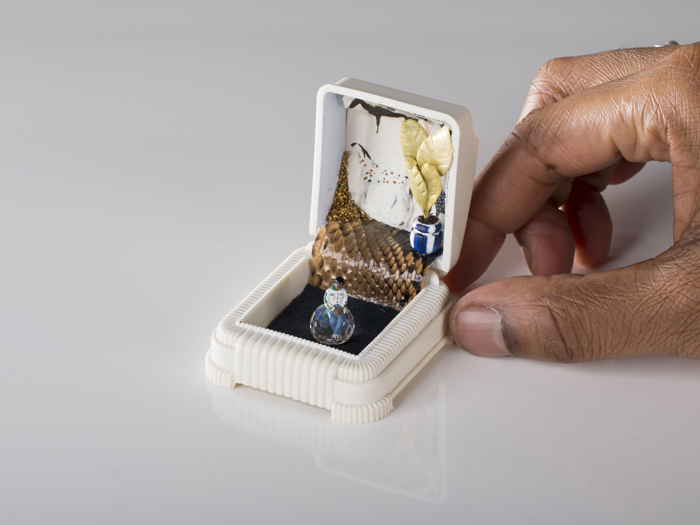 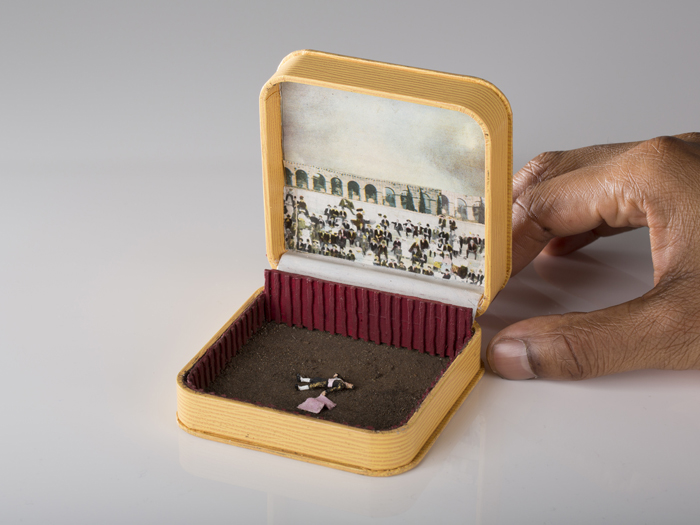 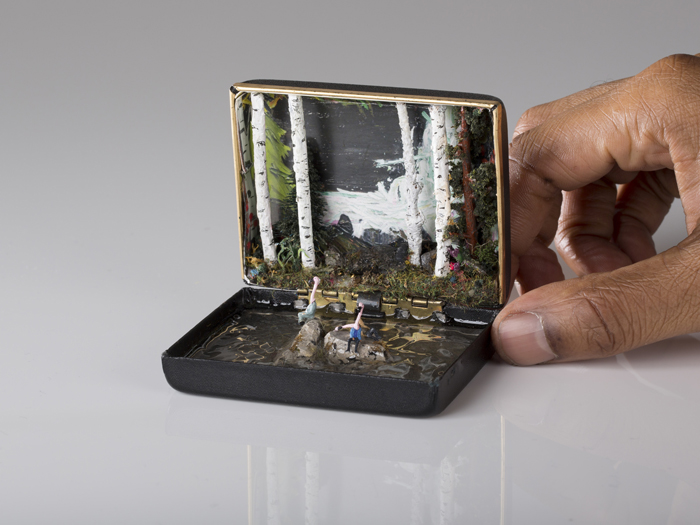 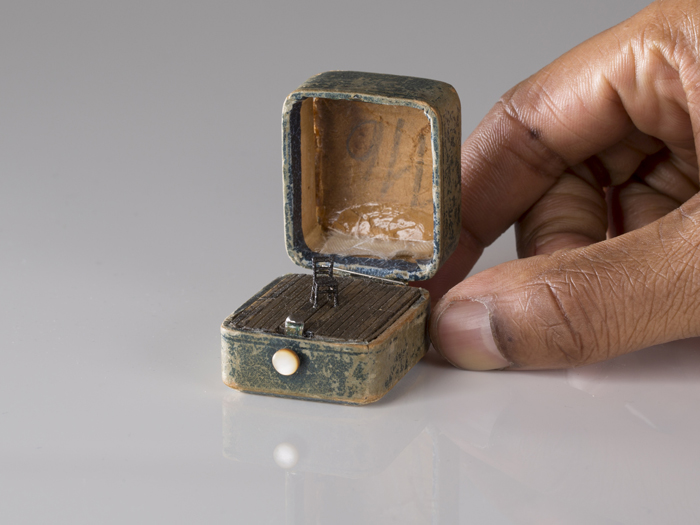 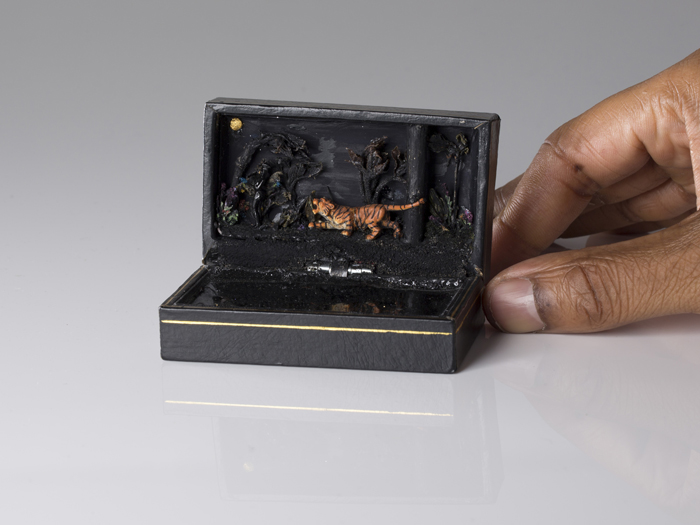 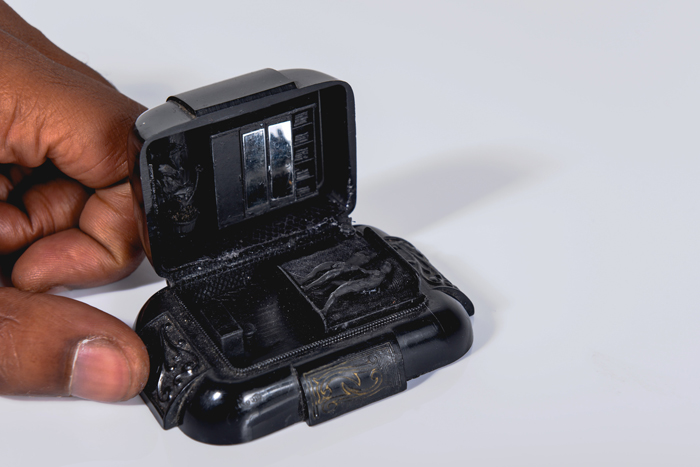 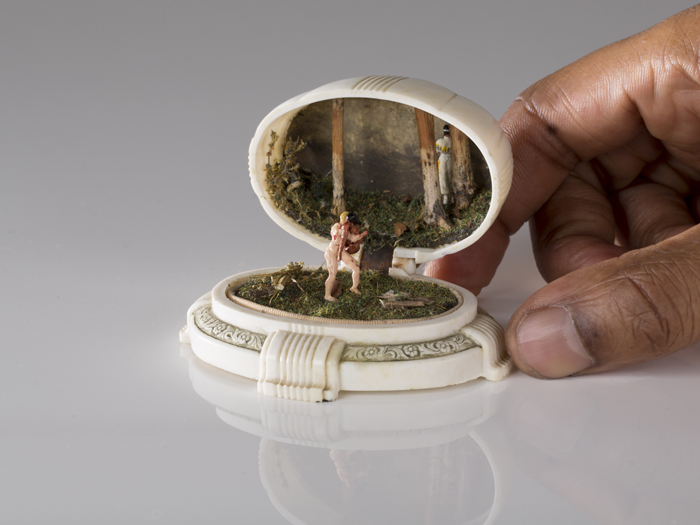 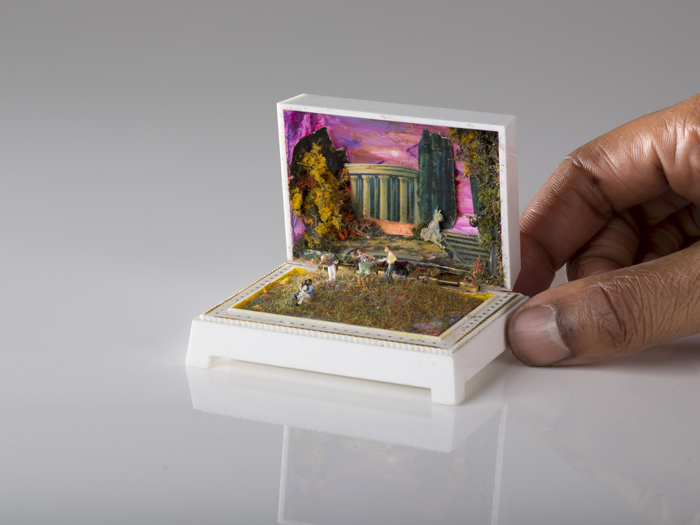 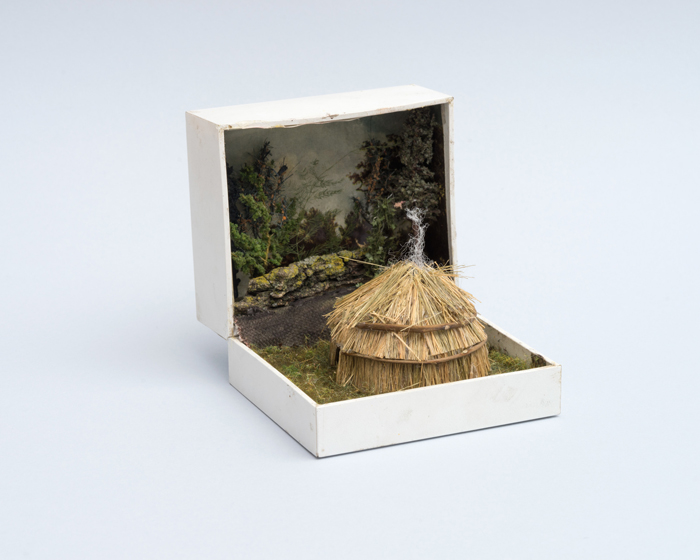 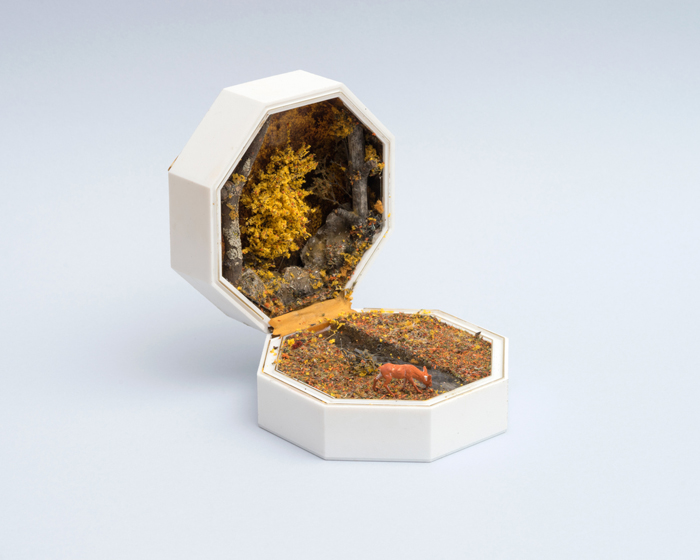 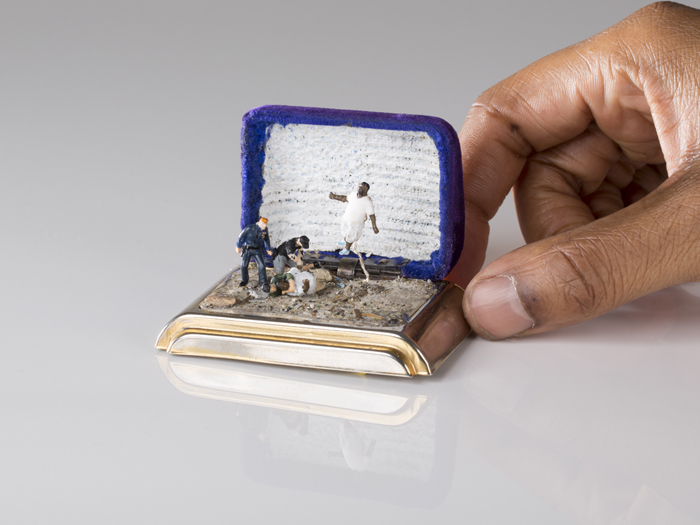 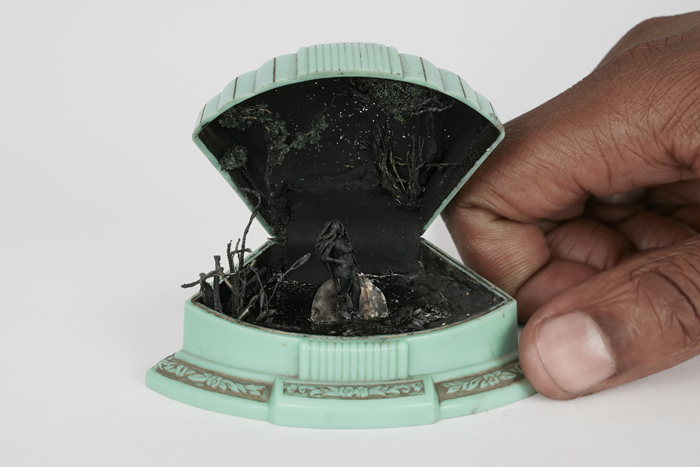 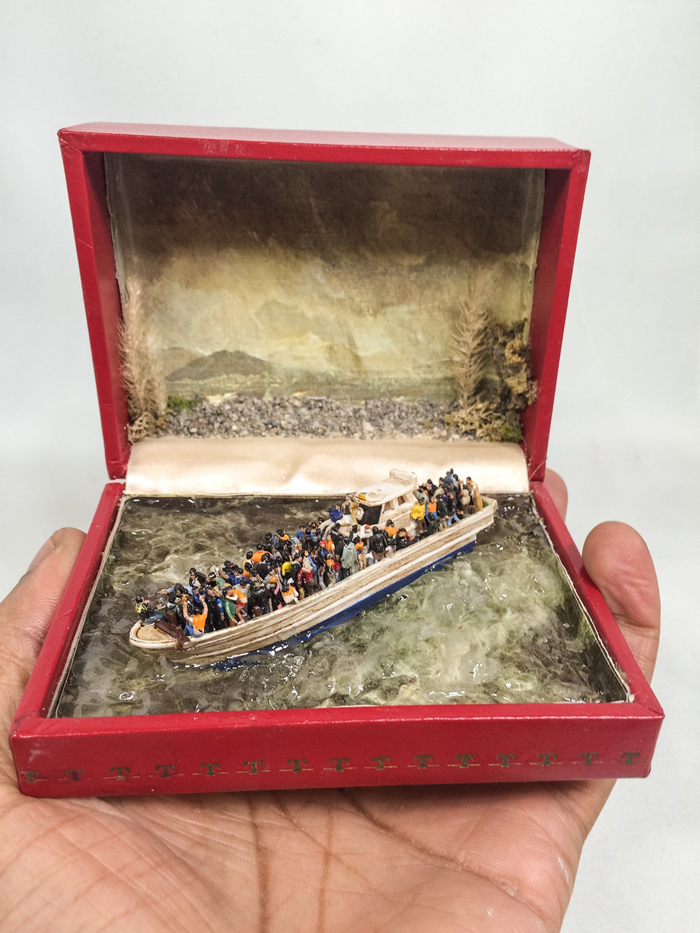 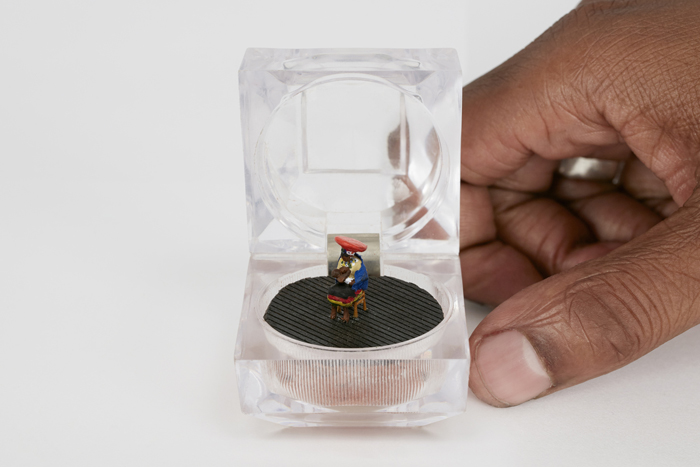 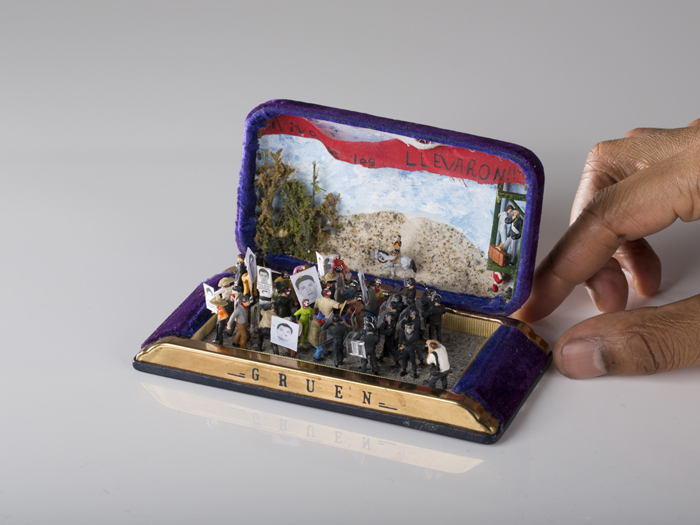 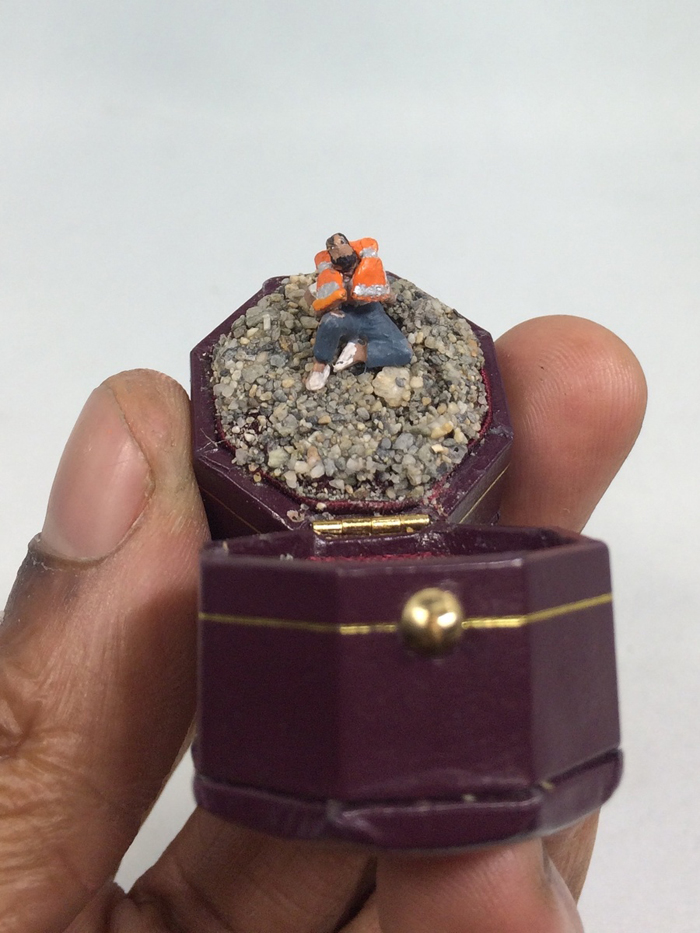 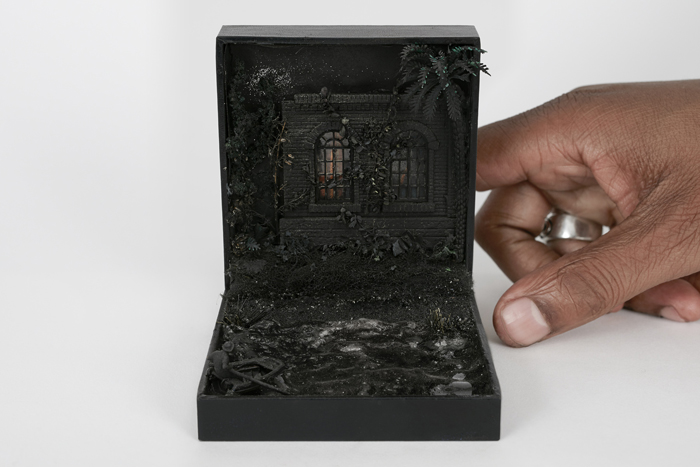 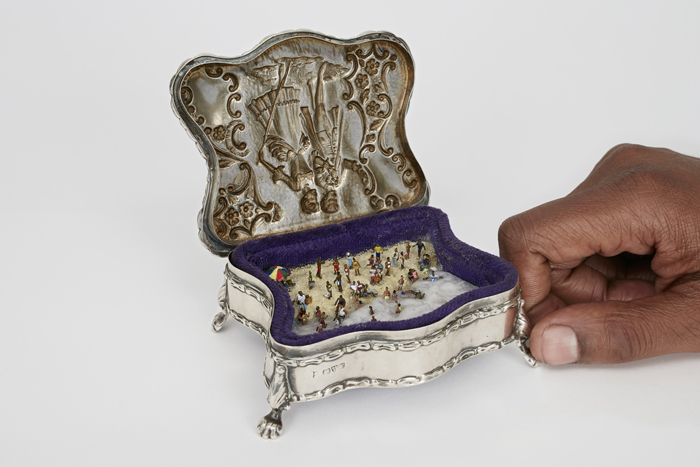