Hummingbirds are amazing creatures. They can flap their teeny wings at a terrific rate (about 50 times per second) thus creating the ‘humming’ sound, for which they are named. The little birds are also capable of flying at a speed of 34 miles per hour… backwards! Fully grown, they are tiny, measuring only 3-5 inches in length. So, you can imagine just how tiny baby hummingbirds are when just hatched. Ruben A. Aquino is lucky enough to be visited by a mama hummingbird yearly. She likes to nest just in front of his house. This year, Aquino shot the incredible photo sequence of mama and her babies that you’ll see below. Watch the hummingbirds hatch, grow up and fly away!
Website: boredpanda

It’s May 5th, and a mama hummingbird has made a nest… 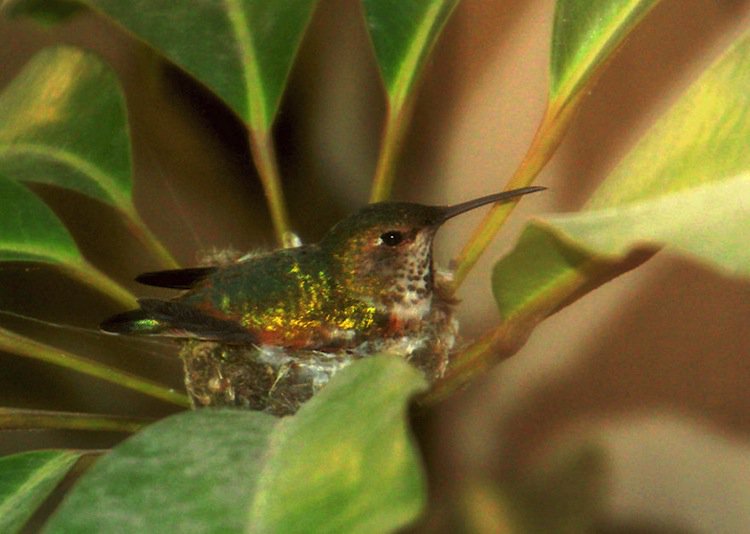 …you can see that there’s at least one egg inside. 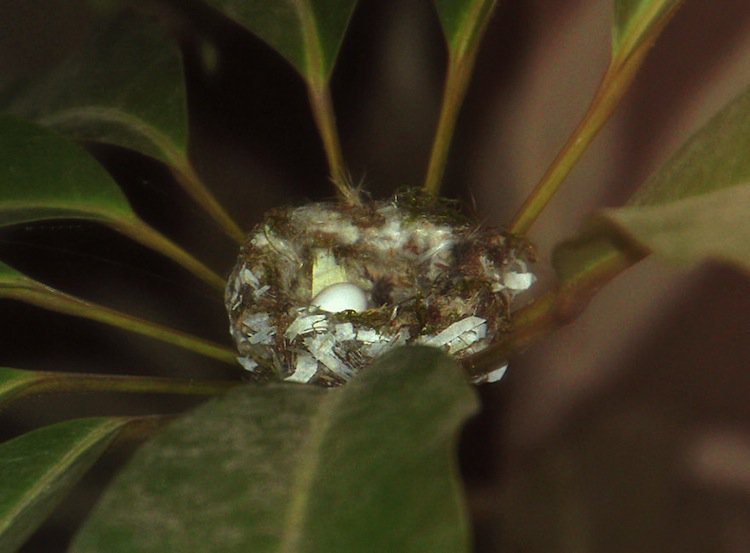 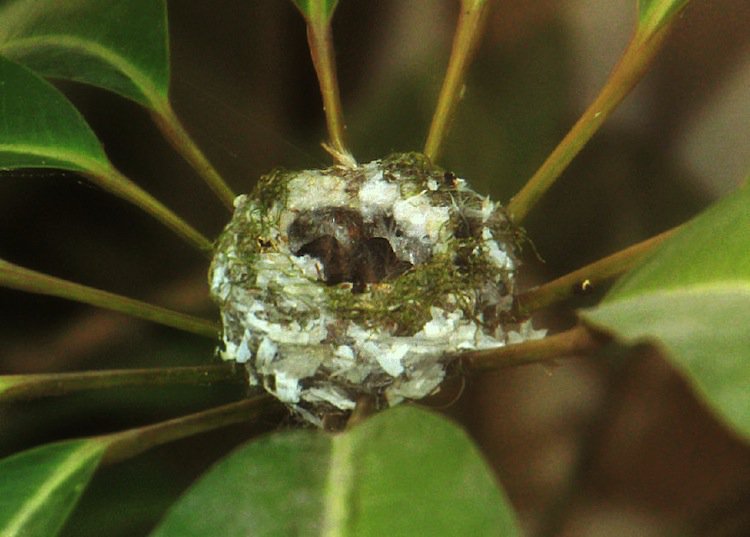 By May 22nd, the little bodies are starting to get fuzzy! 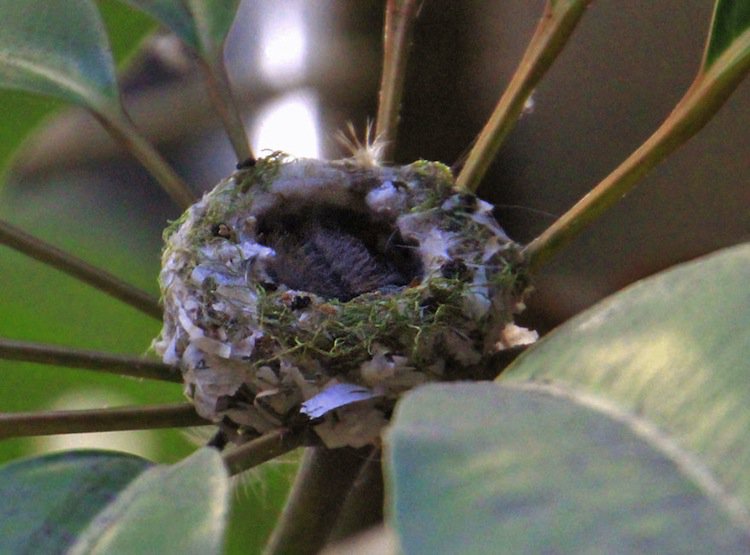 It’s May 23rd, and look! Tiny beaks are visible! 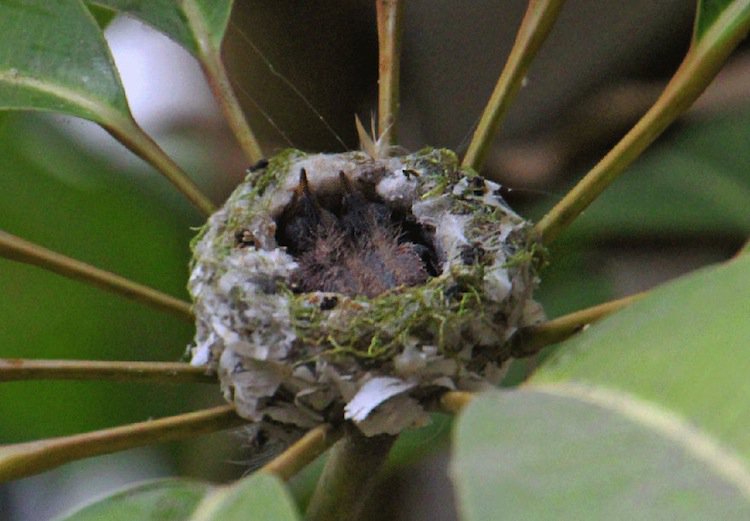 Later the same day, the beaks have turned orange in color. 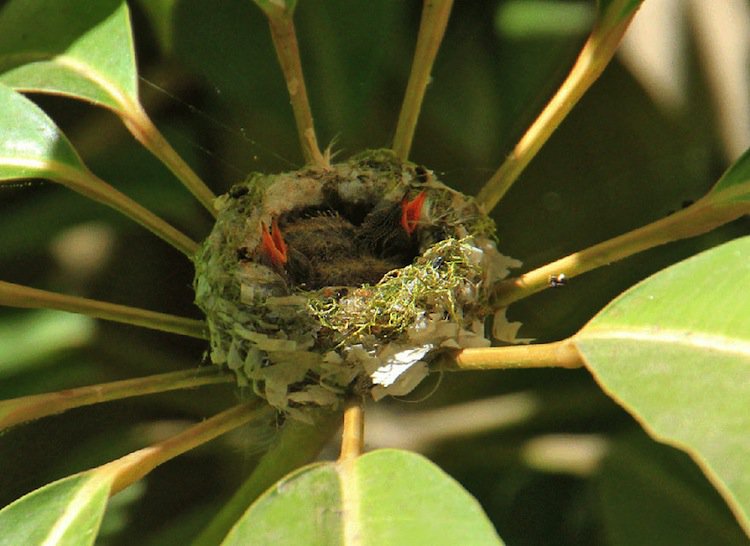 It’s May 28th and as you can see, the babies are growing up fast! 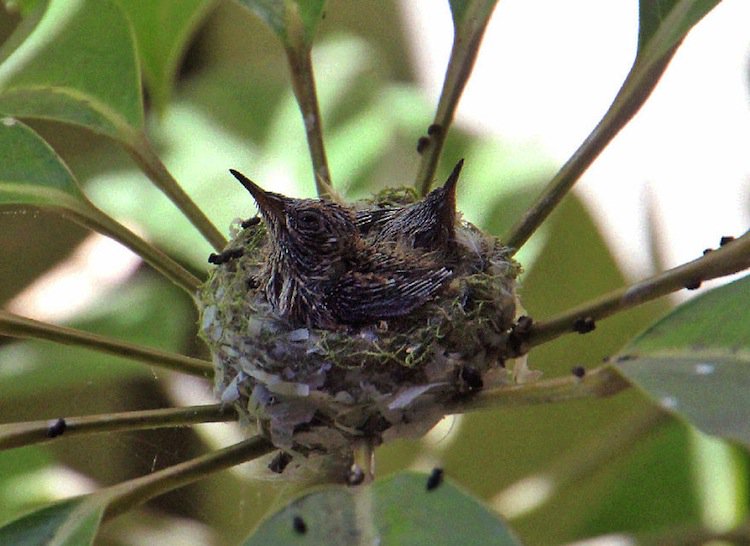 May 30th and the babies are HUNGRY! 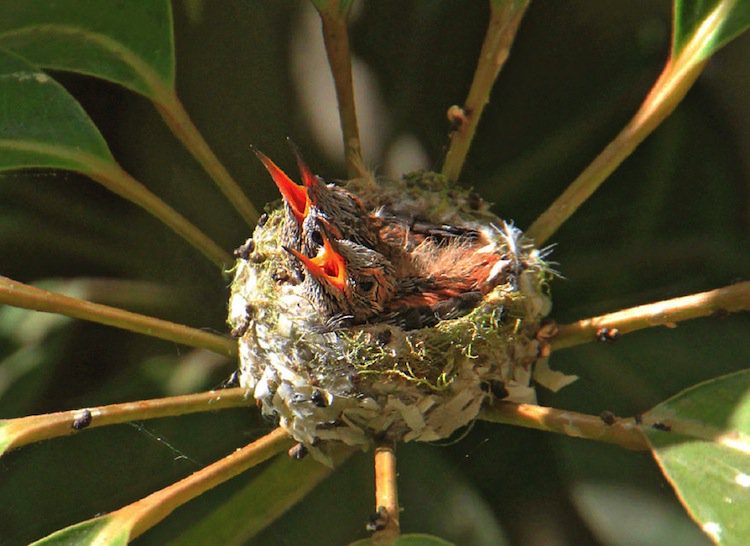 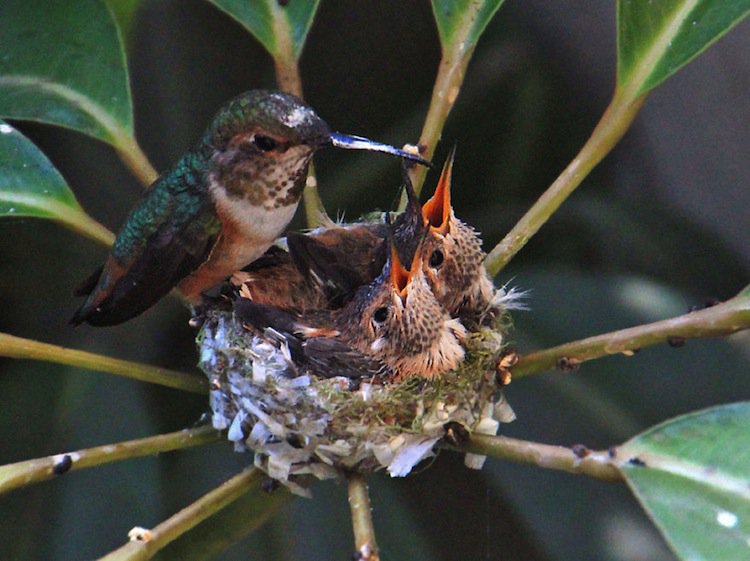 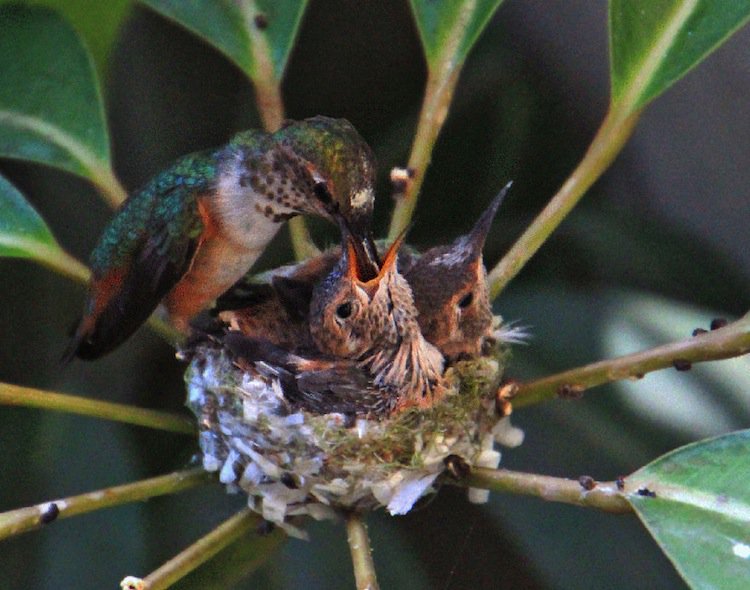 By June 5th, it’s starting to get crowded in this tiny nest! 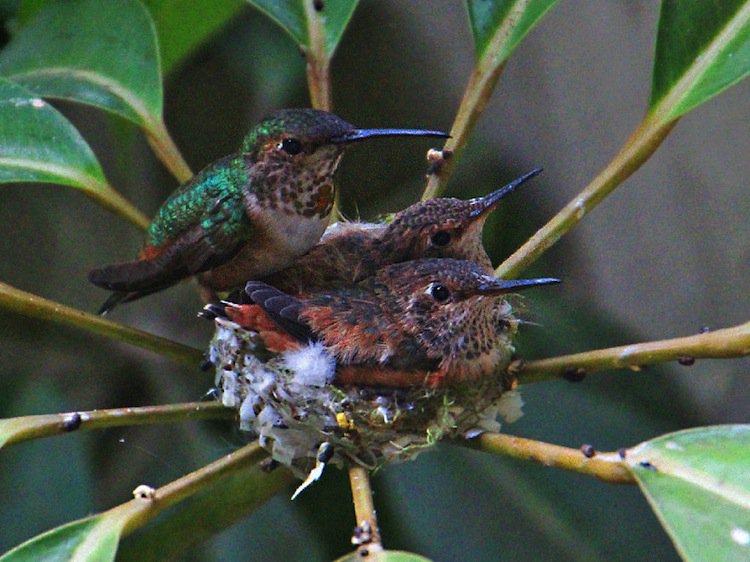 June 6th, and one baby has already left! 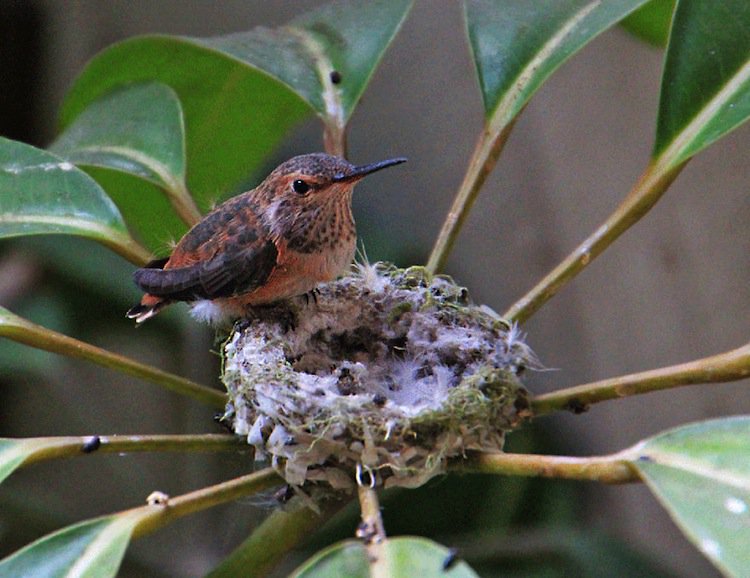 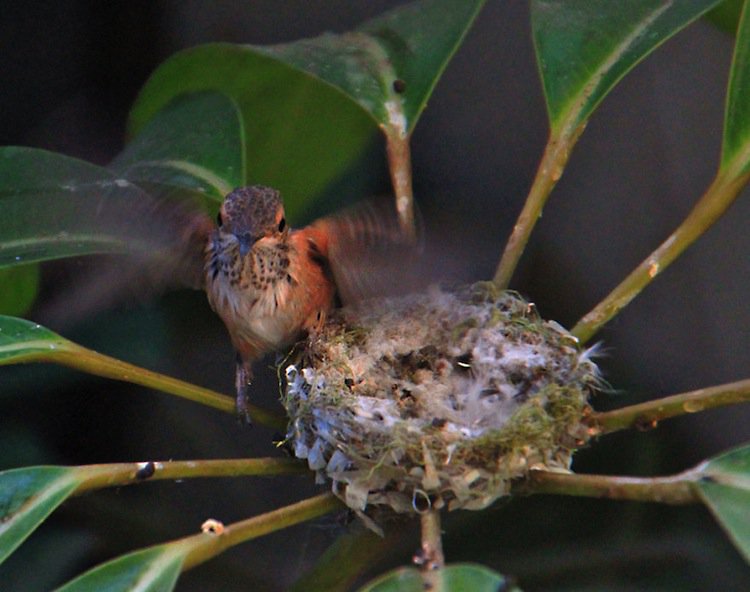 June 7th, and the nest is now empty! 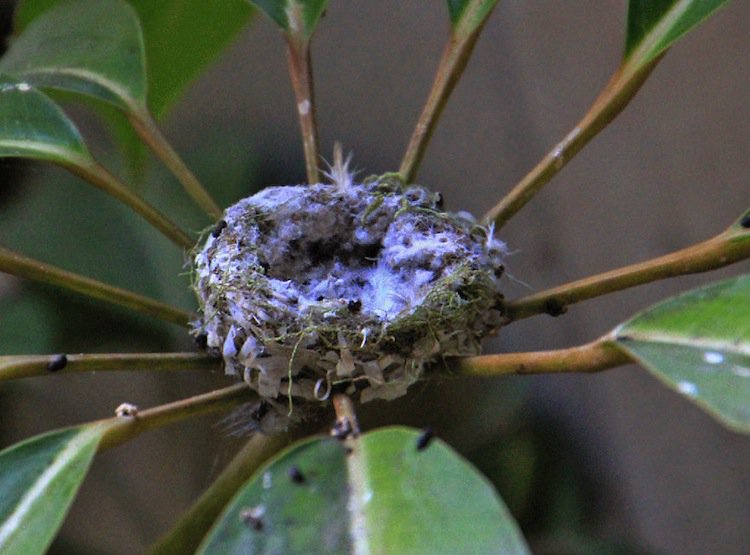