Home » Uncategorized » 12 Myths That Movies Have Taught Us To Believe

12 Myths That Movies Have Taught Us To Believe

Movies are all about the suspension of disbelief. A good film should draw you in and make you forget for a while that what you’re watching is fiction and not necessarily possible in the real world. But, sometimes, long after the movie has finished, we’ve still left with some incorrect beliefs that pieces of cinema made us think were correct. Illustrator Lenya Brick drew a series of graphics for BrightSide.me that cover some of the most common misconceptions caused by cinema. Check out these twelve myths that movies have taught us to believe. 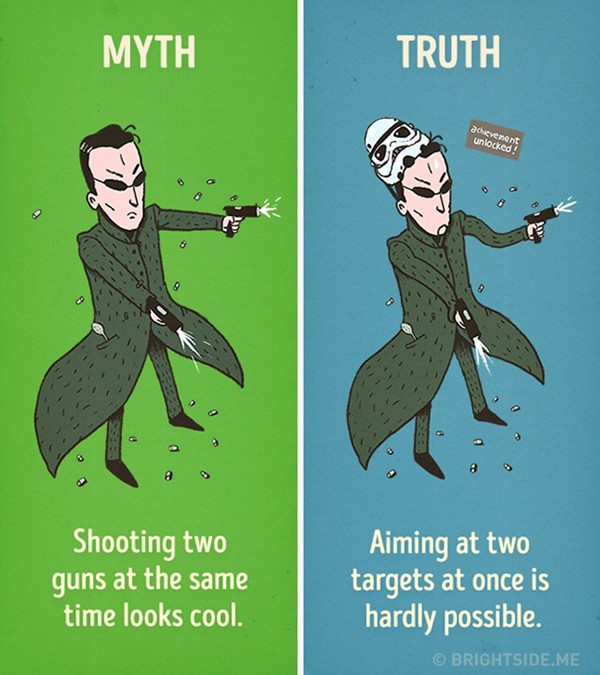 Tracing a call is much harder than you might think. 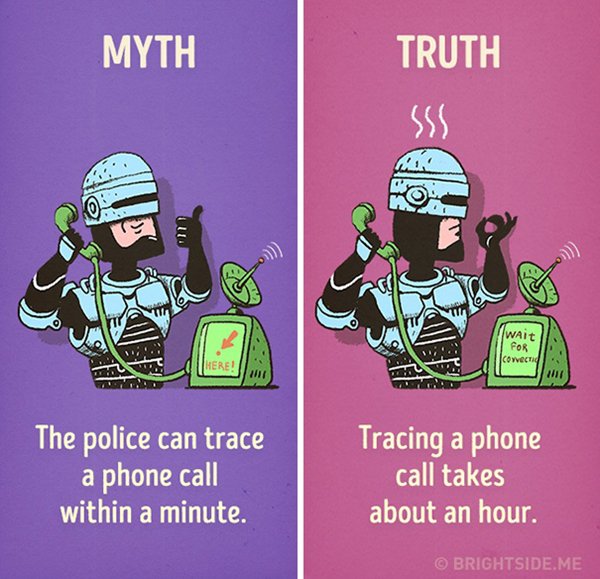 It’s not going to be easy to talk while falling through the air. 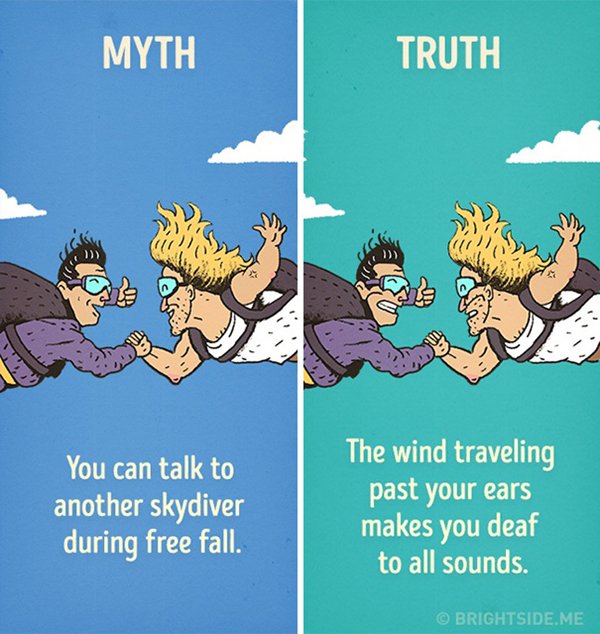 Silencers probably don’t do exactly what you think they do. 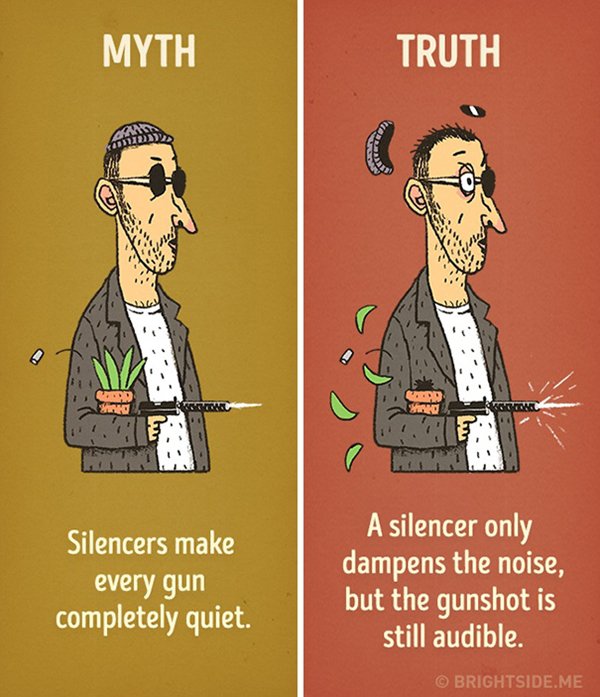 In the real world, you totally can’t do this. 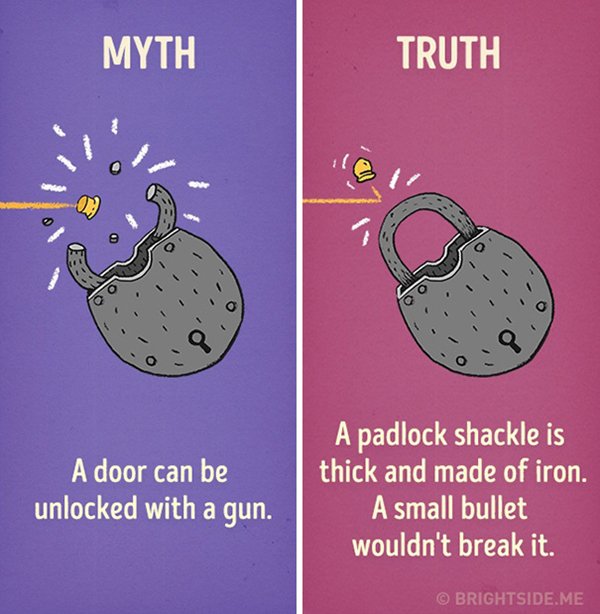 If you have reason to believe someone really is missing, phone the police! 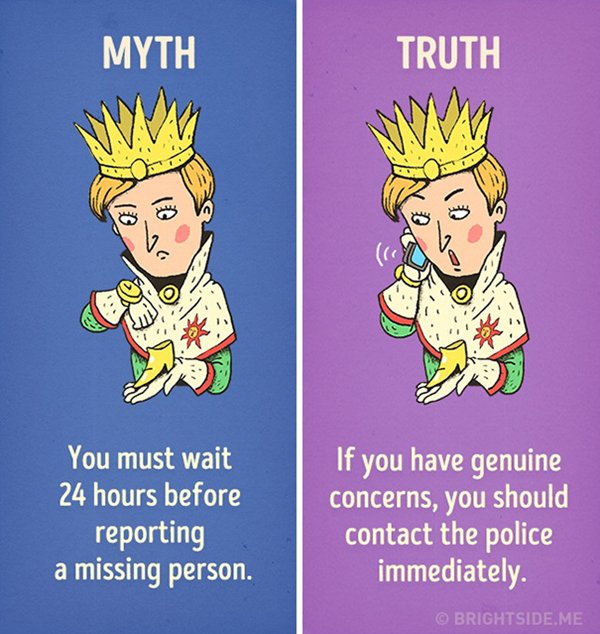 Those things aren’t easy to remove! 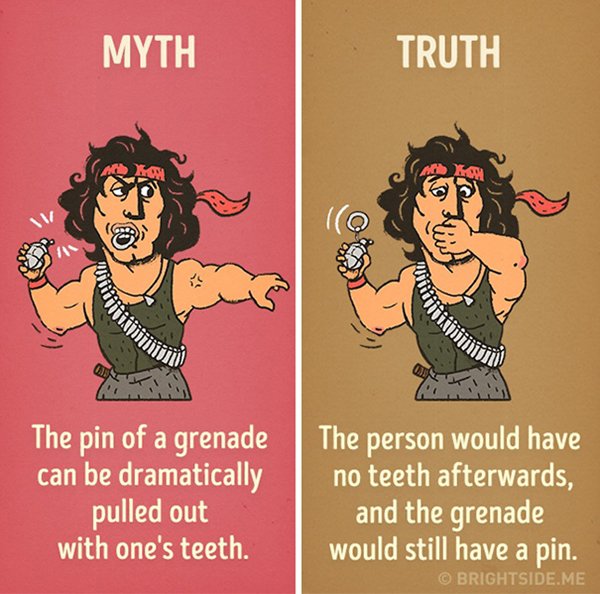 Forensics is just the start of an investigation. 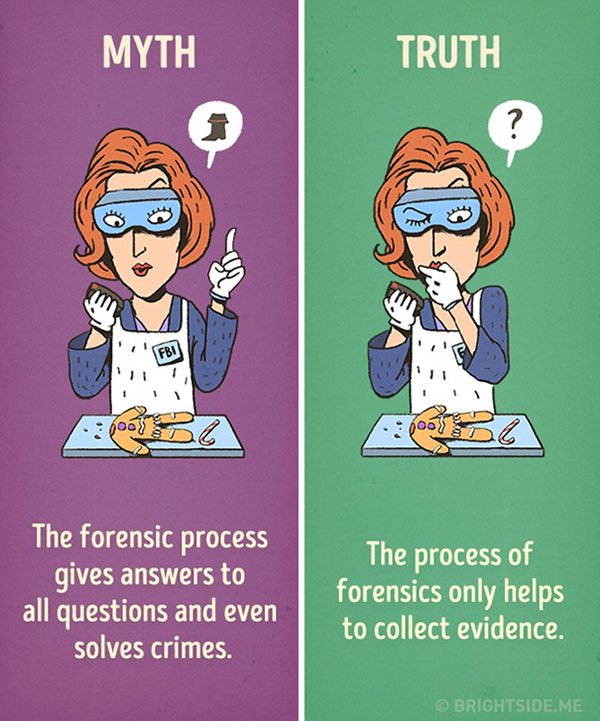 It can be hard to spot someone who’s drowning. 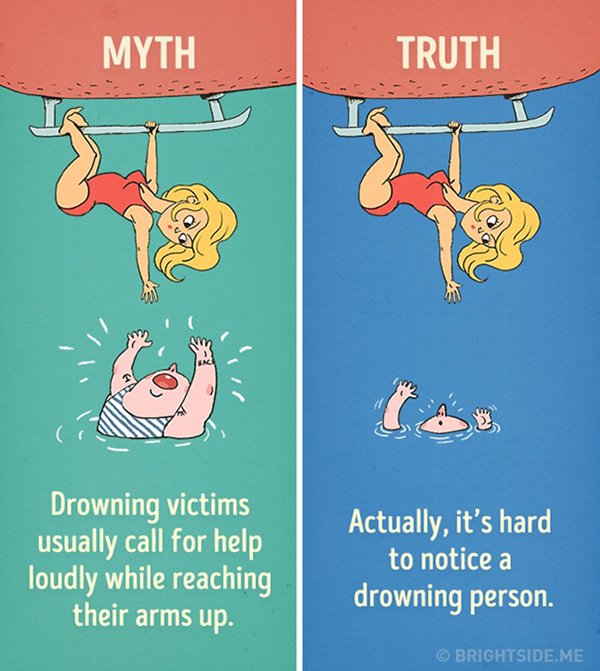 We bet this is one of a long list of medical movie myths. 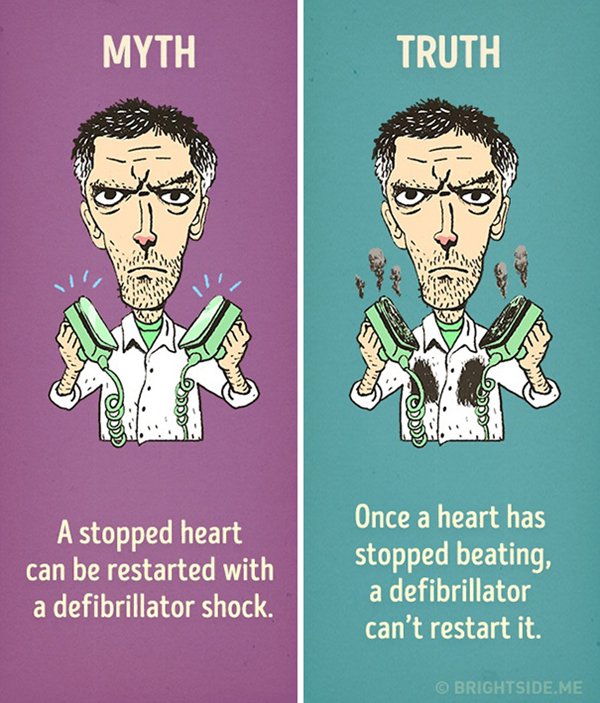 Probably not the best way to knock someone out and kidnap them, then. 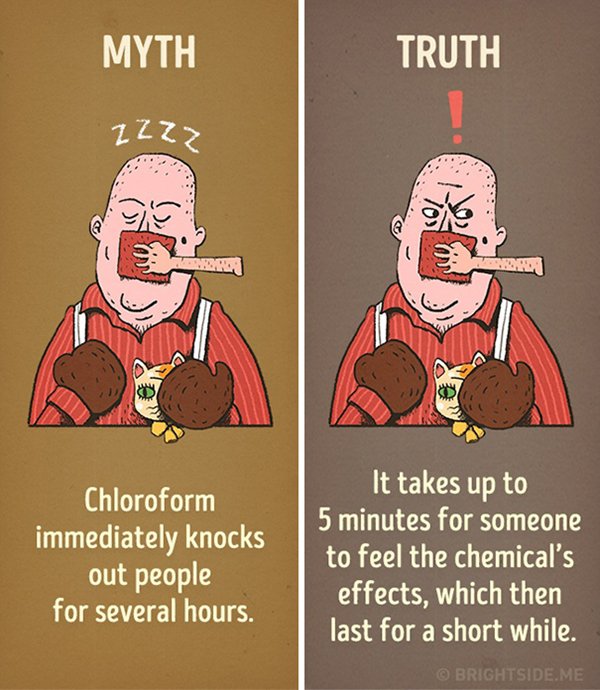 It probably wouldn’t be too hard to navigate through an asteroid belt. 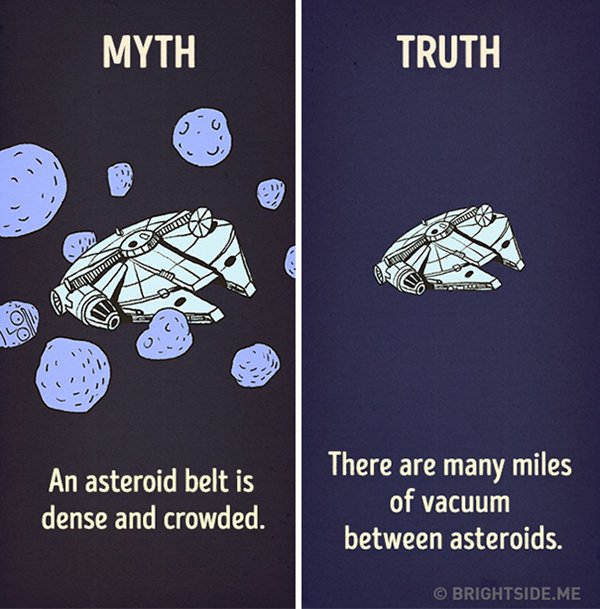