Home » Uncategorized » 14 Modern Ghost Towns That Will Creep You Out

14 Modern Ghost Towns That Will Creep You Out

We're so used to towns and cities bustling with people and activity that there's something about an uninhabited settlement that's inherently spooky. These fourteen modern ghost towns are either abandoned or have never been inhabited for a number of reasons. The only thing we know is that we won't be visiting them any time soon. That scenario is too much like the start of a horror movie for our liking. However, we will appreciate them from afar, so check these out!

The town of Bodie, in California, was once a gold rush town but it was formally abandoned back in 1942, when the post office was closed down. 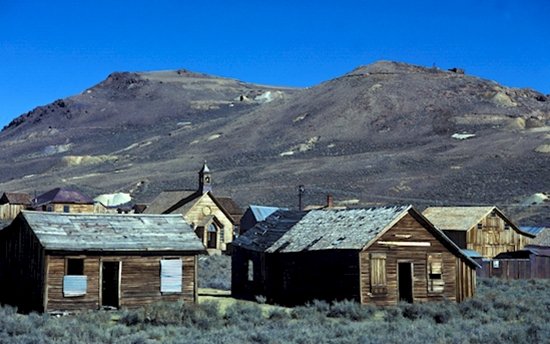 There's something haunting about Pripyat, in the Ukraine, which was evacuated after the meltdown of the 'Chernobyl Nuclear Power Plant' in 1986. An 18-mile dead zone was declared around the city and is still in place today. 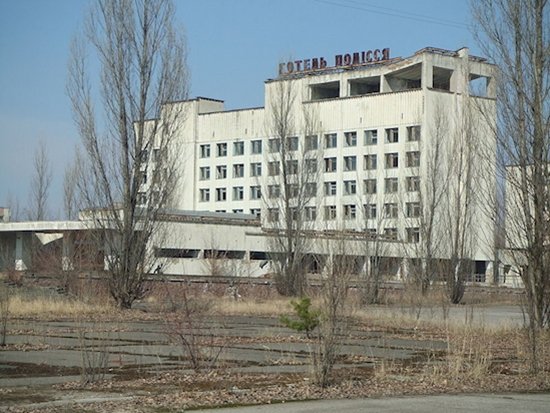 This might look like an abandoned set from a 1950s futuristic TV show, but the resort-style complex of Sanzhi, in Taiwan, was built for United States military personnel to live in. However, the project was abandoned in the '80s and these UFO pod homes are still standing. 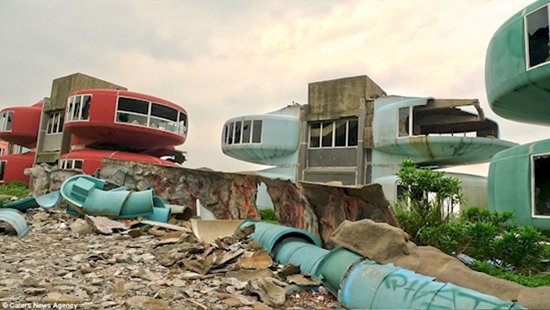 The village of Robsart, in Saskatchewan, was inhabited until as recently as 2002. When the town's grain elevators were demolished in 2000, it left little in the way of work, and its residents gradually moved on. 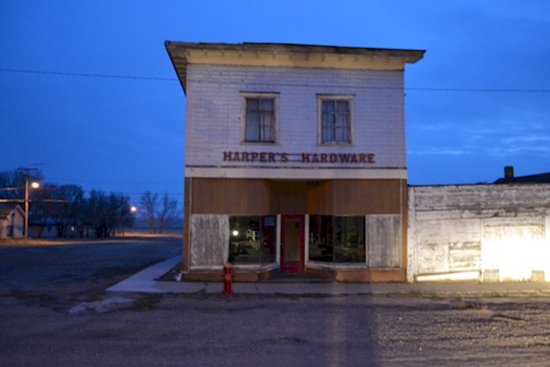 The town of Pyramiden is located on the Norwegian archipelago of Svalbard. It was once a coal mining town, but as the mines closed, there was nothing to keep residents in this chilly, remote part of the world. 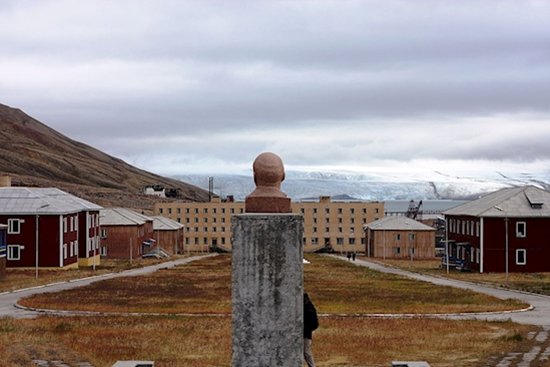 The city of Ordos, in China, was constructed according to the 'if you build it, they will come' principal, but this city, which could house 1.5 million people, still only has a population of less than 100,000! 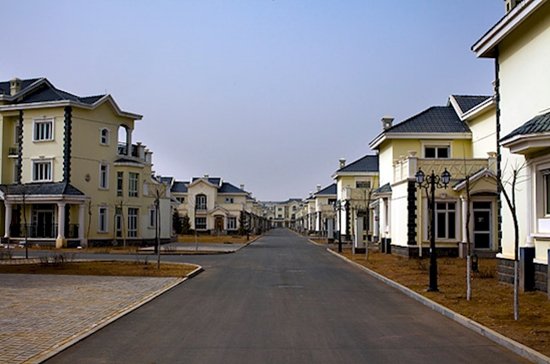 Kolmanskop, in Nambia, was once a mining town, but is now being gradually consumed by the desert since it was abandoned in the 1950s. 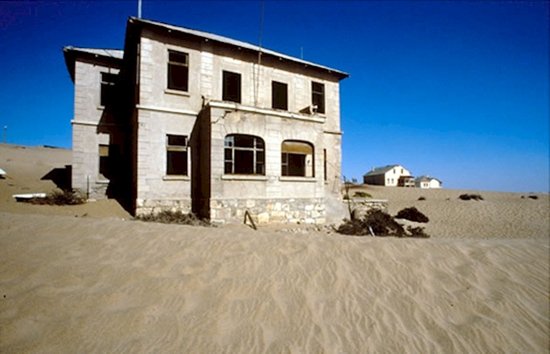 Another town that fell victim to closing mines is Kennecott, Alaska. It was once home to a thriving copper mine, but when the mining companies left in 1938, so did the people who once lived there. 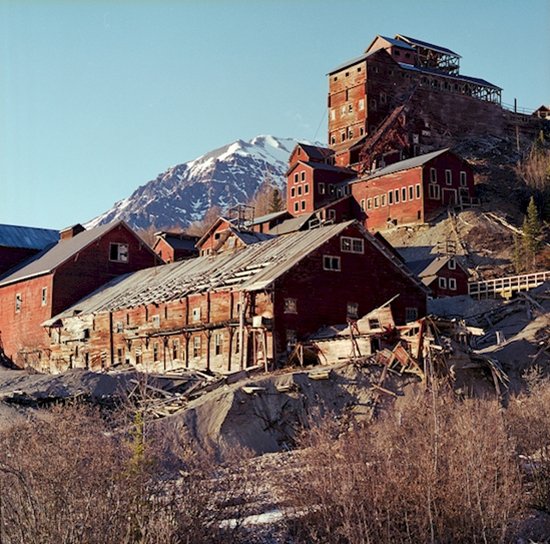 The fortress-like Hashima Island, in Japan, used to be a coal mining facility, but it was closed down in 1974, forcing those who worked there to leave with their families. 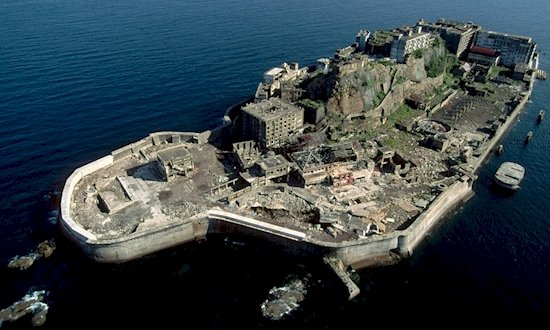 Humberstone and Santa Laura were two towns near each other in Chile, which were home to workers at the local nitrate mine. You get the picture by now: once the mine closed down, the people left. However, these ghost towns are now protected as 'UNESCO' world heritage sites. 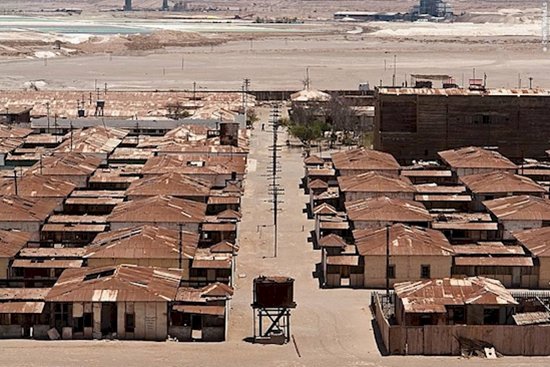 Deception Island, in Antarctica, was once a whaling station, but when that barbaric practice ended it was turned into a scientific outpost. However, two of the stations there were destroyed in the 1960s by a volcano, so it is mostly abandoned. 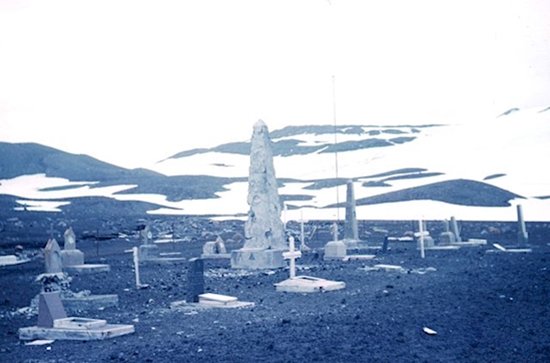 The town of Centralia, in Pennsylvania, was evacuated by the government after a coal fire broke out underground. The fire has been burning since 1962 and, scarily enough, it's still raging beneath the town. A few residents chose to stay and were allowed to do so at their own risk, but apart for that the place is deserted. 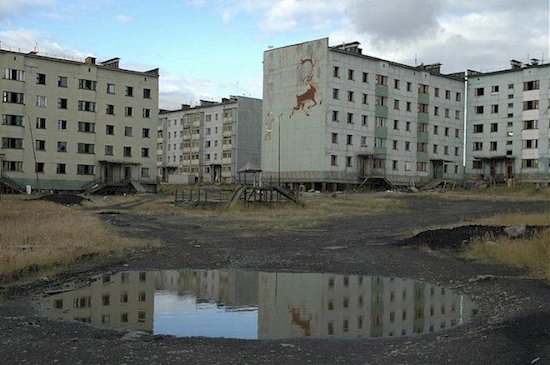 Kitsault, British Columbia, was yet another mining town that fell on hard times. The mine was shut after the price of molybdenum dropped too low to make a profit, and off went the town's residents. 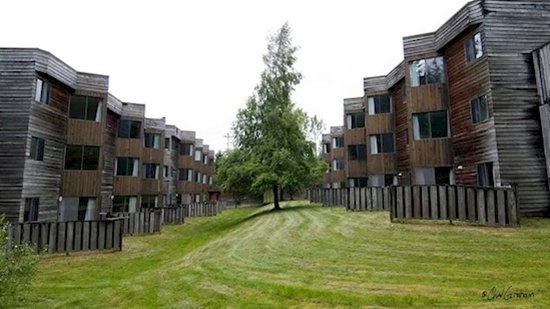 It's a strange story with Kilamba New City, Angola. It was built close to the capital city of Luanda in hopes of attracting commuters, but few people moved in, so this brand new city is practically empty. 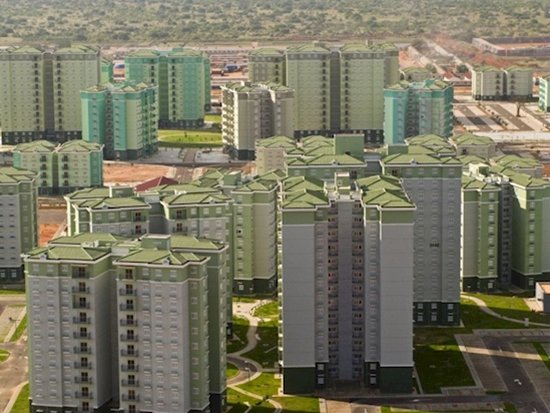