Home » Uncategorized » Five Friends Have Recreated Stonehenge Out Of Ice

Five Friends Have Recreated Stonehenge Out Of Ice

Five friends from Wisconsin have created an amazing Stonehenge out of ice on Rock Lake, near the city of Lake Mills. Around four years ago, Drew McHenry, Kevin Lehner, Quinn Williams, Alec Seamars and Patrick Shields decided to purchase some vintage ice cutting equipment… as you do! In 2014, they worked their way up to attempting to make an awesome "icehenge" but unfortunately unfavorable weather stopped them from completing the project. However, in 2015 success was theirs! They crafted this amazing icehenge in the middle of a frozen lake. Pretty neat, huh? Each of the vertical ice pillars weighs about 300 pounds, and each of the horizontal pillars weighs about 200 pounds, so getting them in place must have been no easy task! It just goes to show what you can achieve with some imagination and a lot of determination. Oh, and some vintage ice cutting gear, of course! 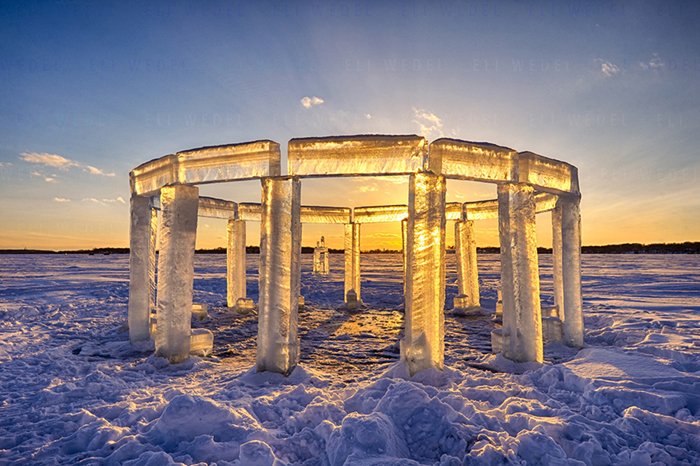 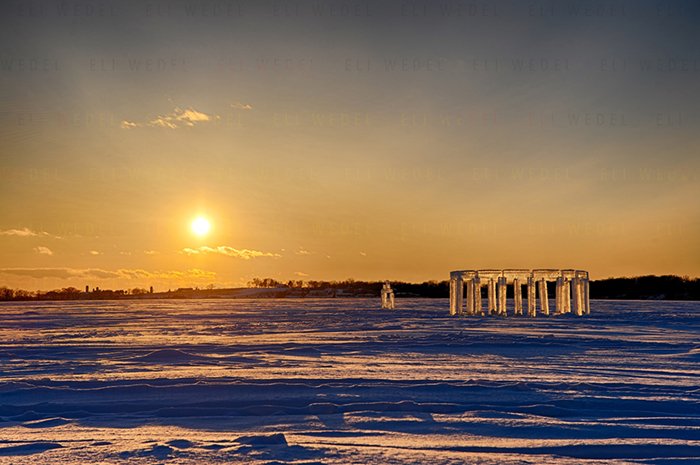 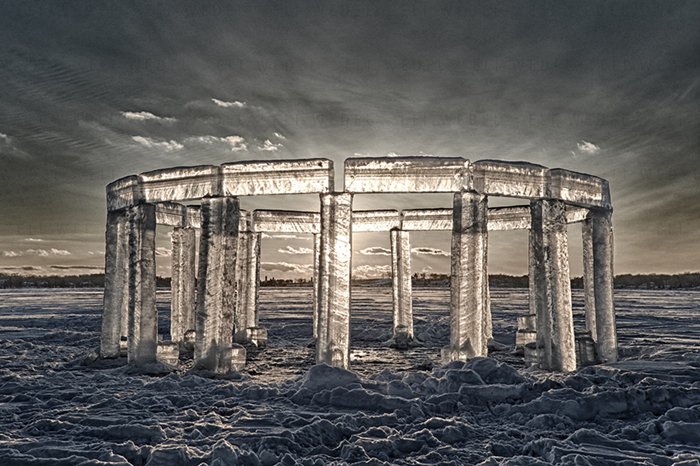 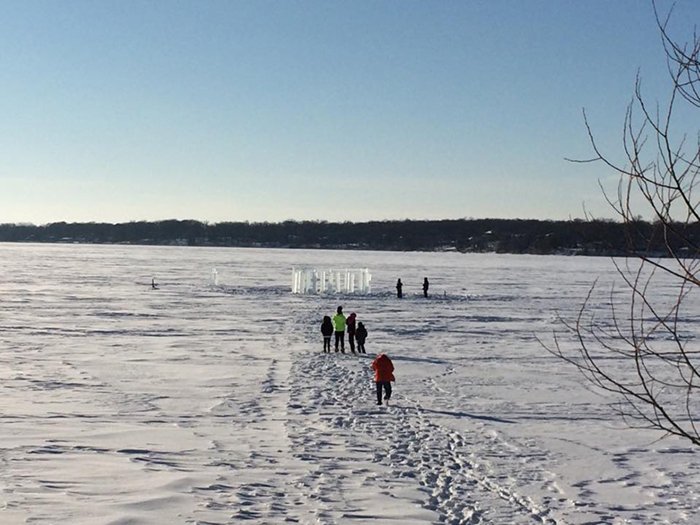 What an amazing structure! Its five creators should be extremely proud of themselves!