Popular cartoonist, Gunduz Aghayev is back with more amusing illustrations of famous world leaders. This time, he's re-imagined them as all-powerful 'Transformers', larger than life and ready to cause some serious destruction! Aghayev is a fan of political satire and a promoter of human rights. He's already created several extremely popular series of work, including one depicting police officers of various nations, as well as another featuring notorious dictators! Take a look!
Website: facebook 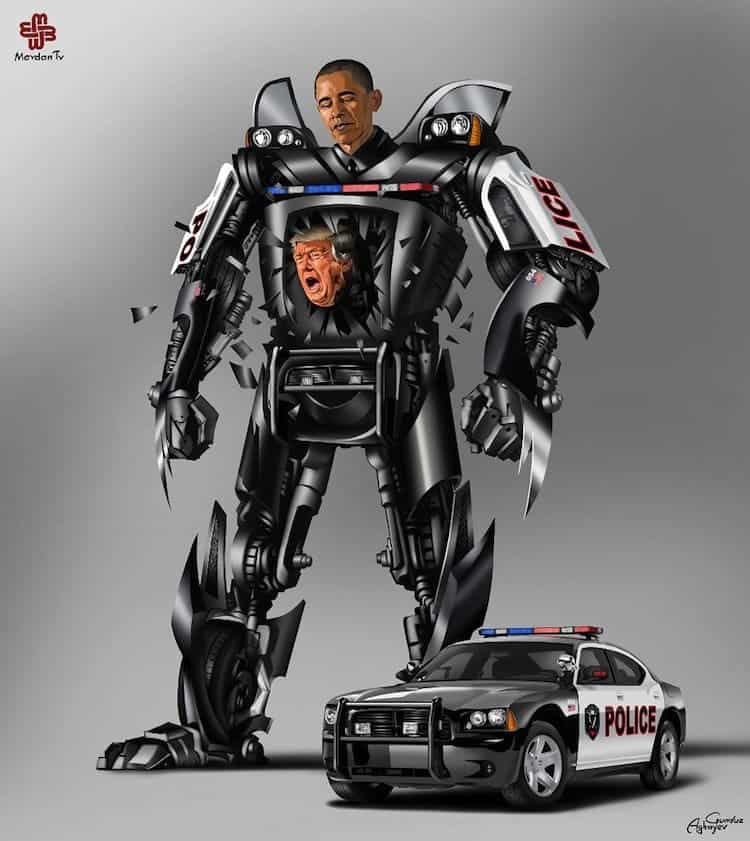 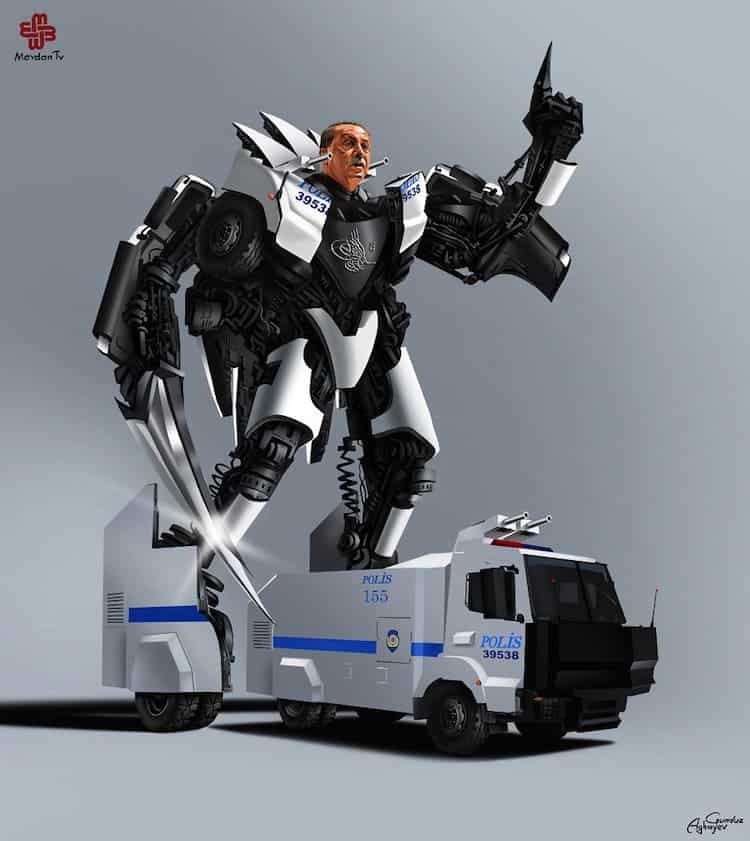 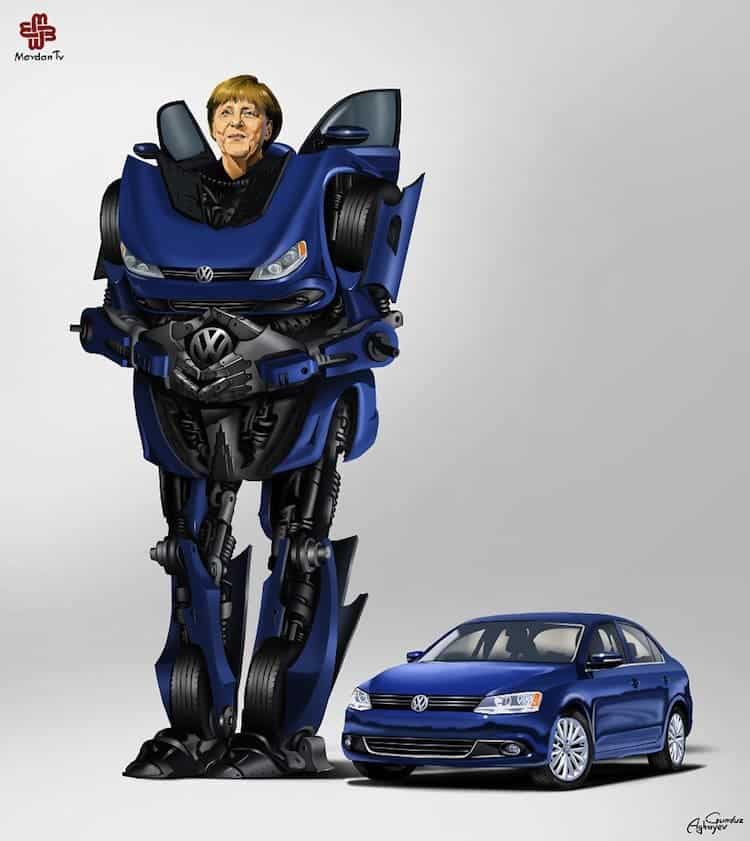 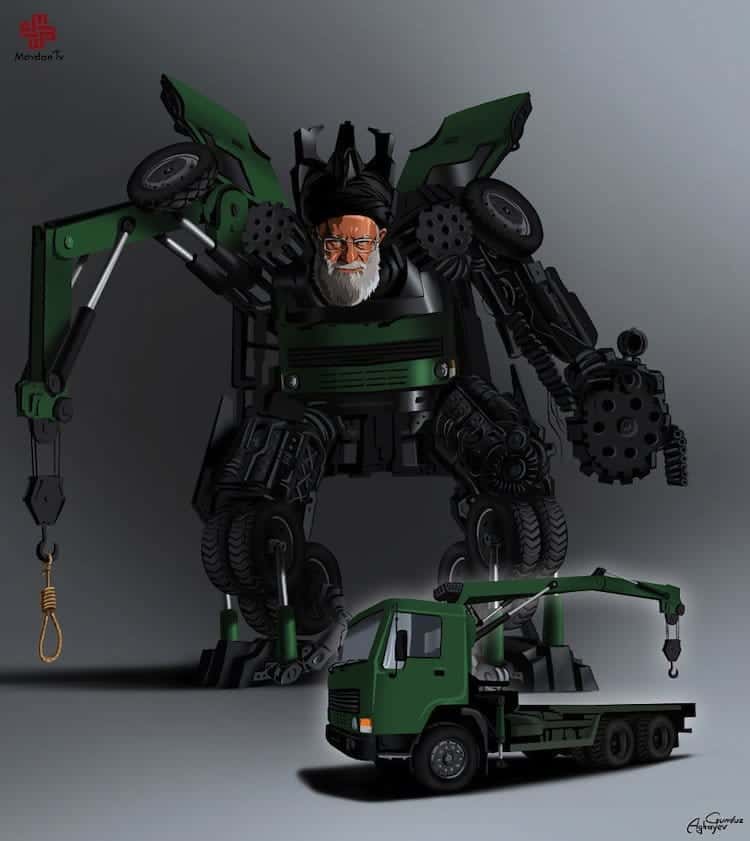 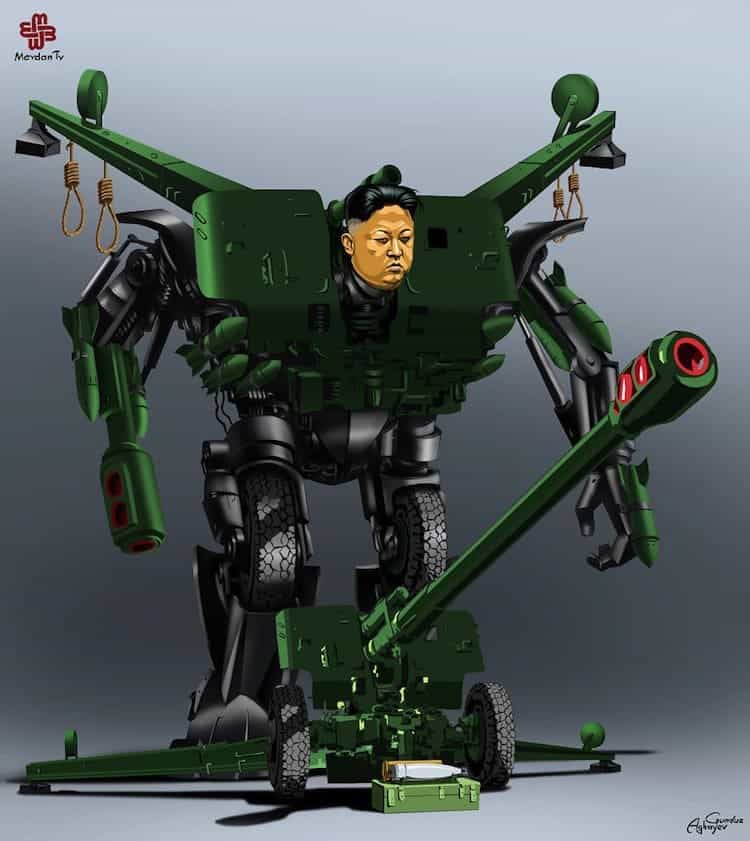 Elizabeth II, The Queen of the United Kingdom 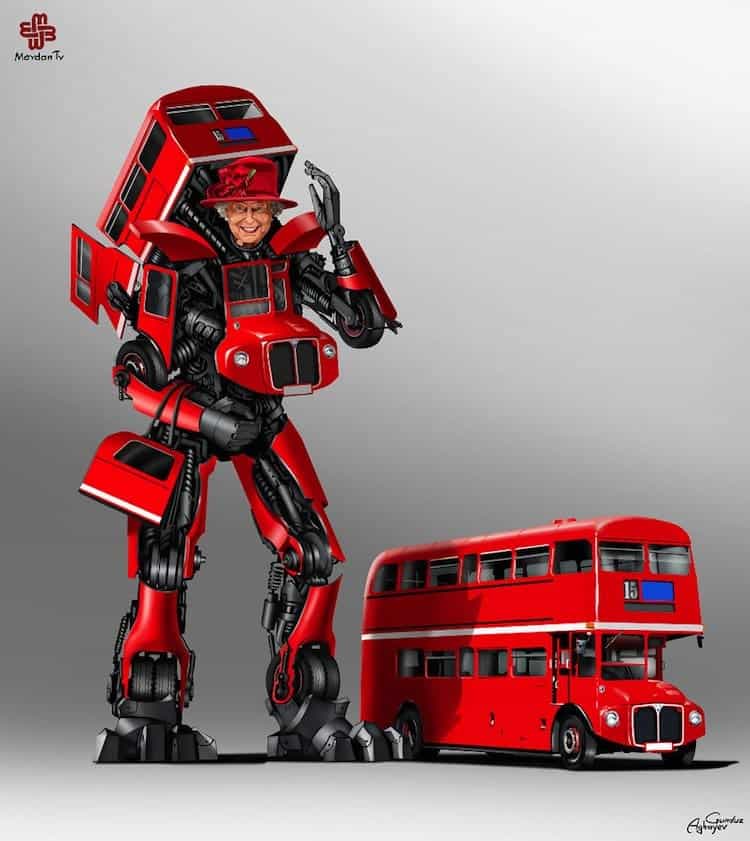 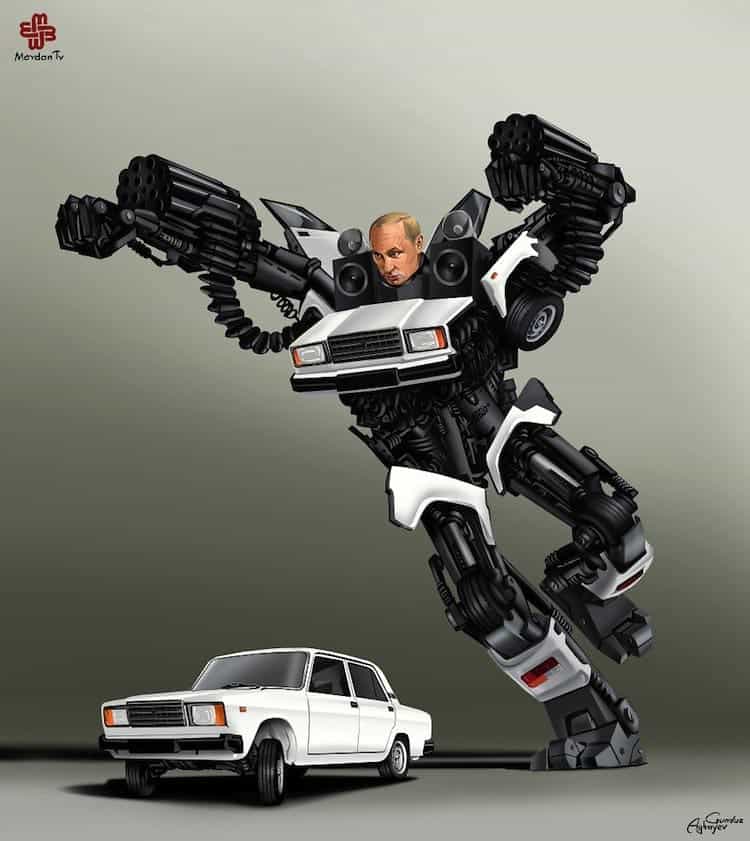