Imagine being told you have an inheritance, one that includes assets left at a property owned by your late grandfather. And when you arrive there? You find a collection of (mainly rusting) cars. Despite their poor condition, experts later tell you the 60 classic cars are rare and restorable and worth a cool $15 million at auction. Well, that's what happened to two Frenchmen recently. Check out this amazing story. It begins with 1950's entrepreneur Roger Baillon, the grandfather of the two surprised Frenchmen who had a love of fine cars…

Roger Baillon was a very successful French businessman who owned companies in the transportation sector. His dream was to collect as many of the finest pre-war automobiles that he could. He wanted to restore them and house them in a museum for the public to admire. 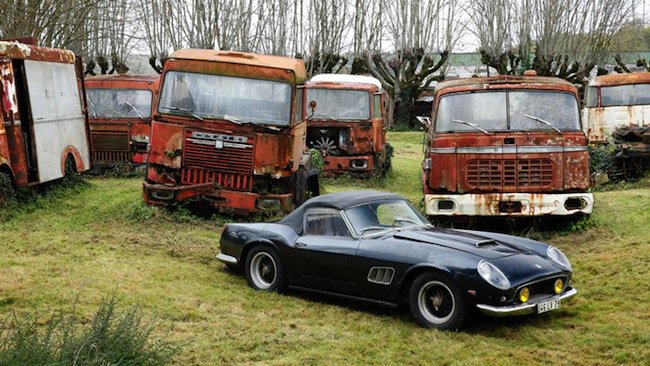 He started his collection when his businesses were doing very well, in the 1950's. 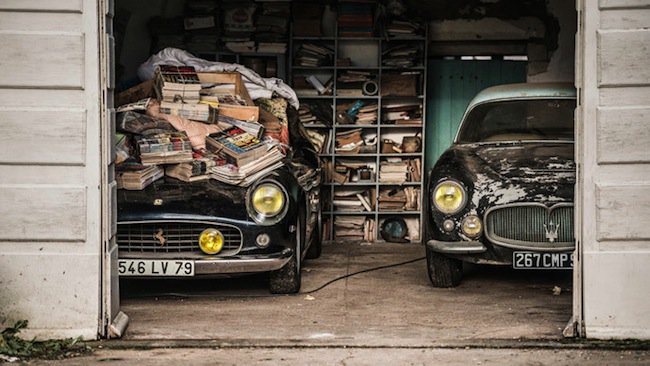 Over the following years he amassed a collection numbering more than 120 cars. 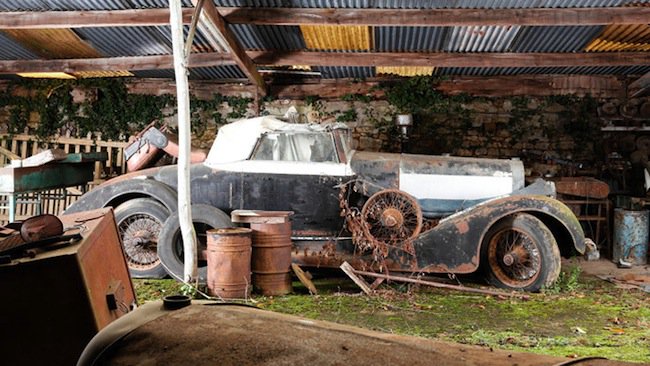 Some of the cars even had amazing histories behind them. One car, a Talbot-Lago T26 convertible, had belonged to King Farouk, of Egypt. A Ferrari 250 GT among the collection had starred in several Hollywood movies, including a Jane Fonda film. 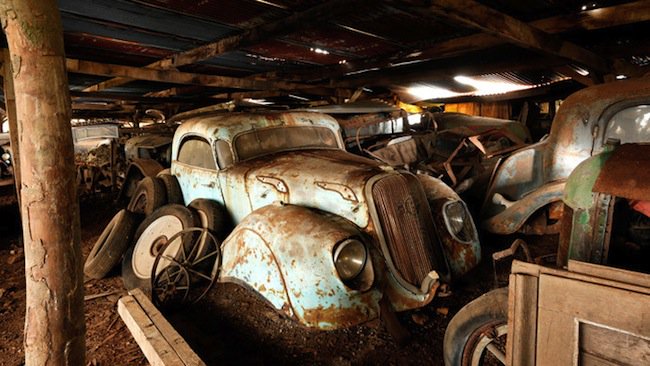 Sadly for Baillon, his businesses dried up and he went on to experience cash flow problems. 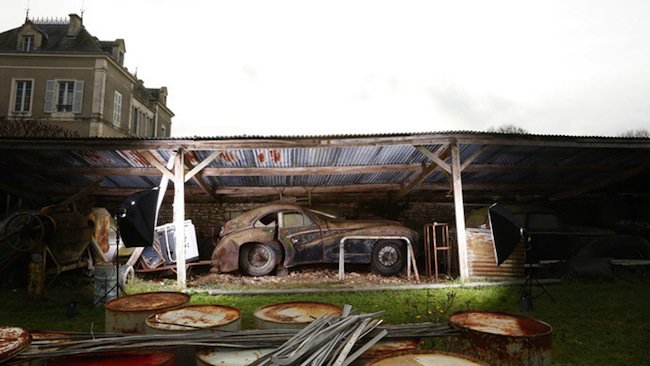 He was forced to sell half his collection. 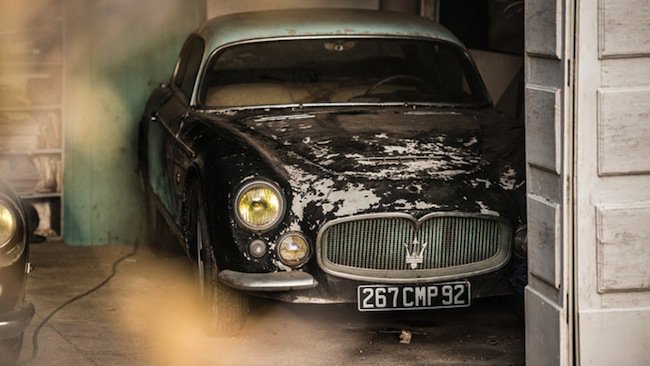 Restoration of the remaining cars was stopped. The remaining half of the collection was stored in purpose built structures around his property. The Maserati pictured above is one of only three in the entire world. 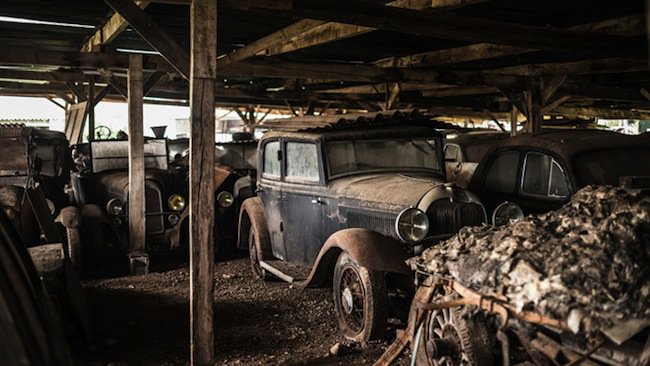 Still, Baillon was very proud of his collection. He made sure the cars were all well-documented. 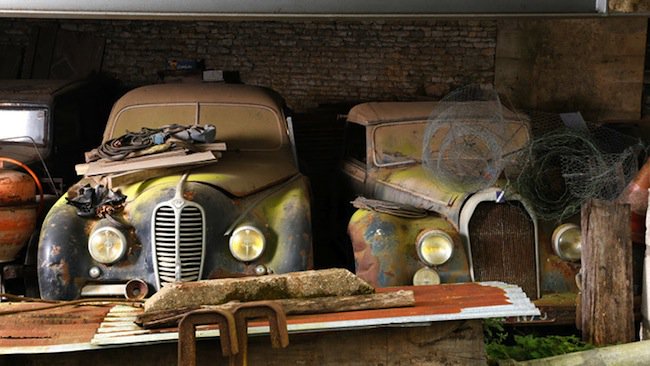 Sadly for Baillon, his passion for automobiles was not shared by his son. After Roger died, his son left the cars alone and his father's dream of a museum faded away. 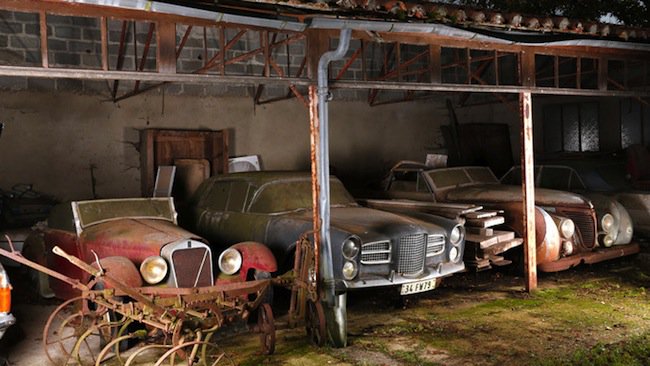 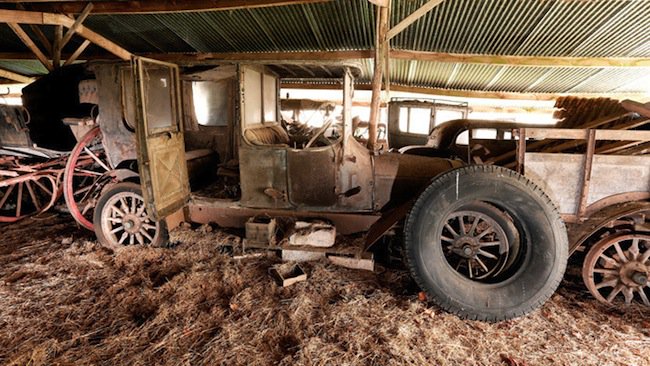 Baillon's grandsons were then notified they had inherited some assets left on their grandfather's property. When they saw the cars, they were in complete shock. They had no idea the collection still existed. 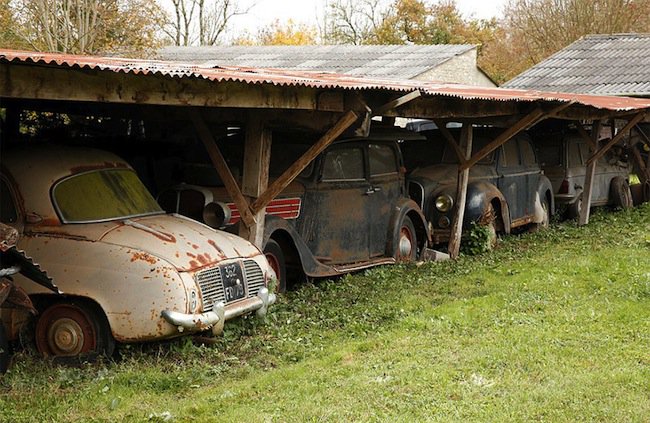 With no knowledge of what the cars were worth, they contacted experts at Artcurial Motorcars and asked them to perform a valuation.

The assessors showed up and were quickly in a greater state of shock than even the grandsons had been. They were in heaven, finding vehicles they'd only ever heard about and never seen. 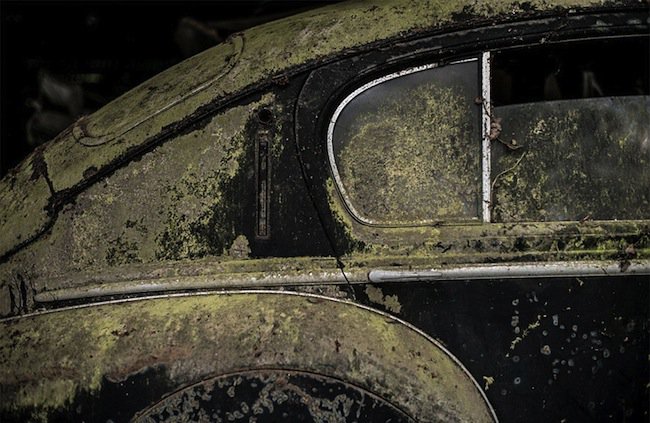 They estimated the inherited collection to be worth upwards of $15 million. Pictured below, an incredibly rare Talbot Lago T26 hardtop. 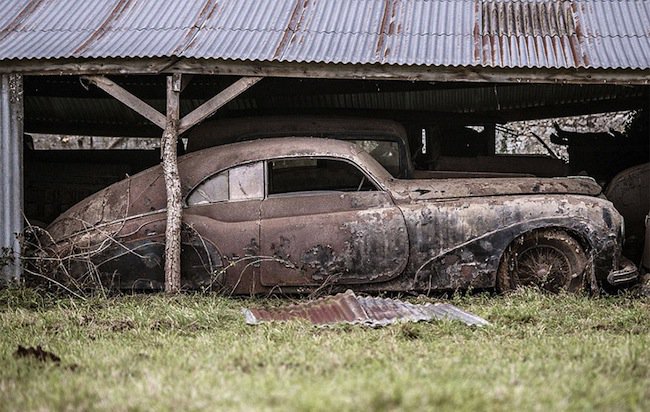 Pictured below, the T-26 convertible once owned by King Farouk. 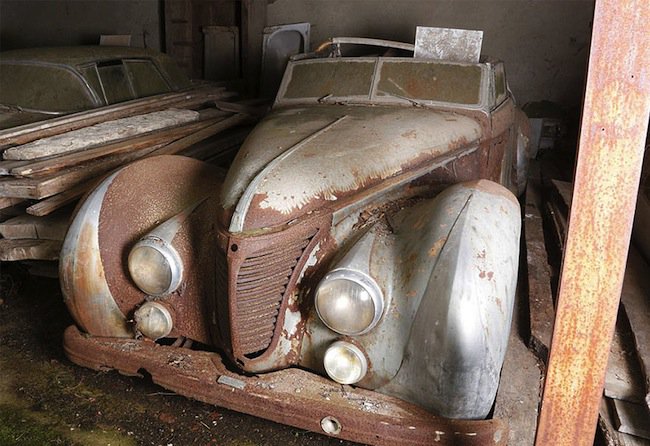 The grandsons don't have the time or knowledge to restore the collection themselves. They've decided to put it up for auction. 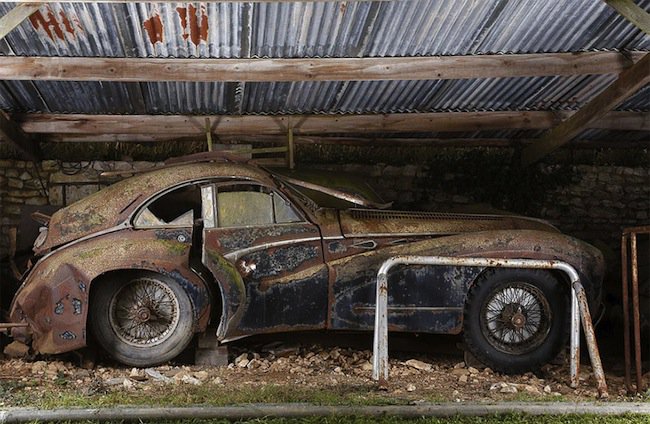 Artcurial Motorcars was scheduled to hold the auction on February 6th this year. 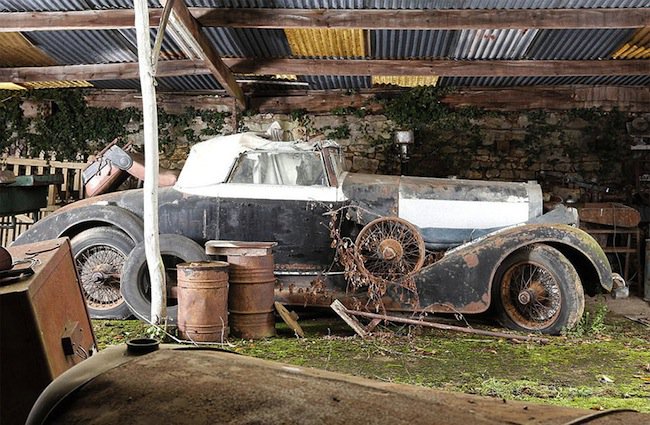 It is very rare to find such exceptional cars all together in one place. 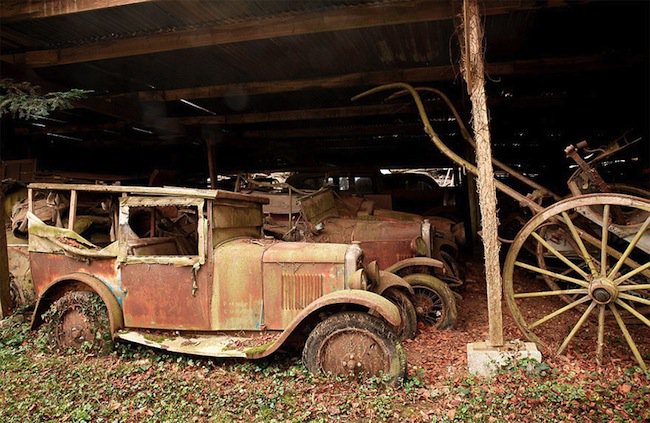 Because the cars were stored in outbuildings, they have suffered some damage. Some, considerably more than others. 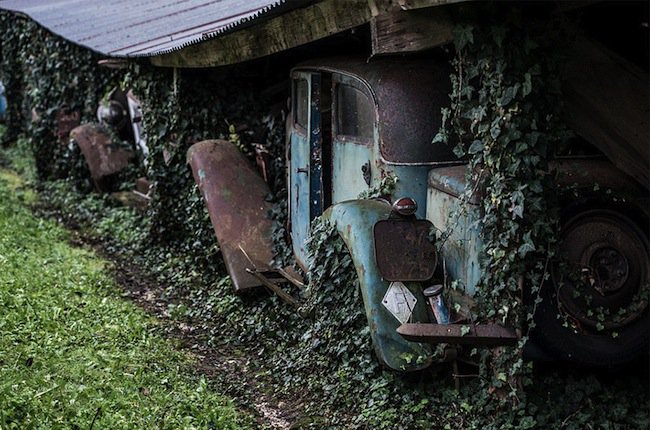 The cars unfit for restoration will be sold for parts. 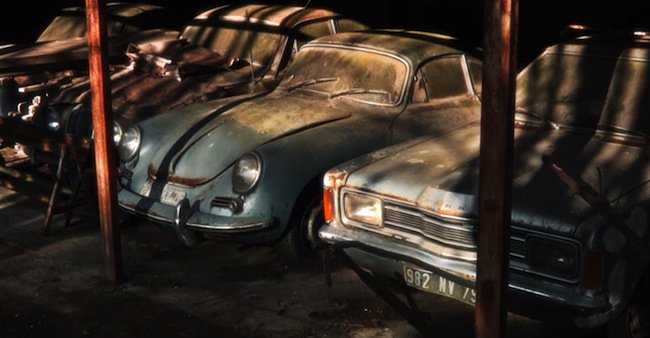 Some, completely full of vines and weeds, were saved in the nick of time. 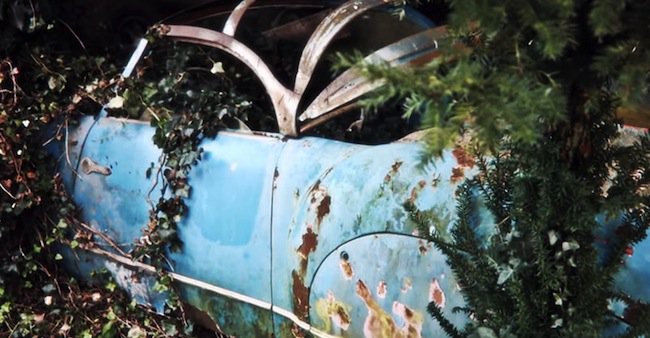 Matthieu Lamoure and Pierre Novikoff are the classic car experts from Artcurial who are holding the auction. This sort of is the reason they got into the business. It's a once in a lifetime occurrence. 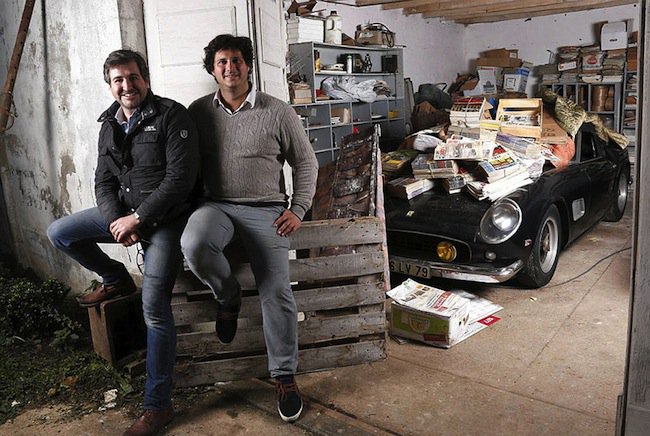 Check out the historic relics some more via this video: