During fall in Northern Japan, the Wara Art Festival recently completed a rice harvest after the September-October season. People get together to re-purpose the left over rice straw in unbelievably creative ways. To be more specific, they worked hard to produce incredible, giant straw animals! Below we have a collection of this year’s creations that radiate talent. If you’re heading to Japan next year during fall, this festival is well worth checking out.

The festival has been running in Niigata City since 2008. 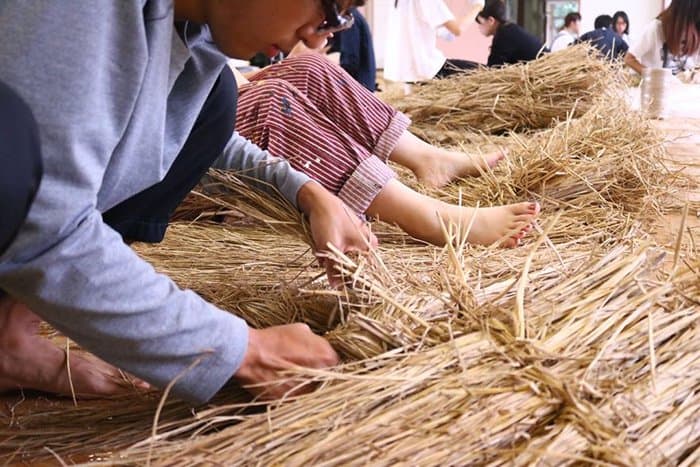 Posing with the epic Bovine! 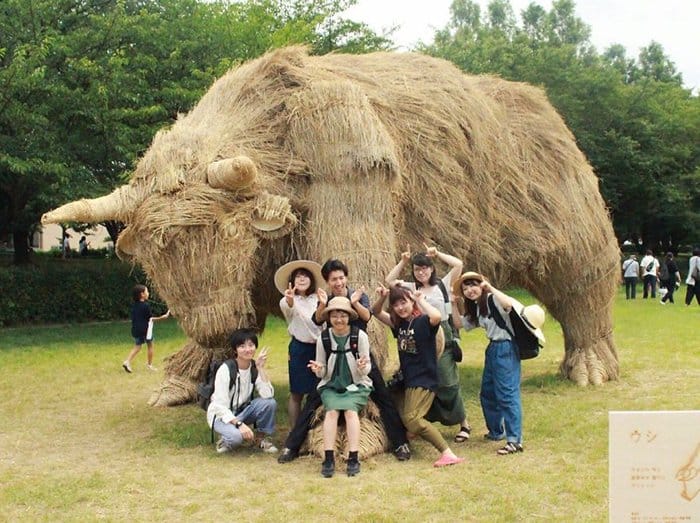 Many people take part in the creating process. 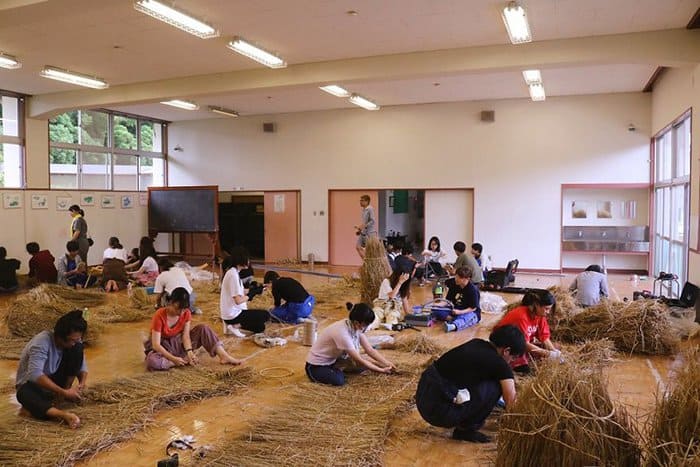 It’s not everyday you get to sit in the mouth of a crocodile! 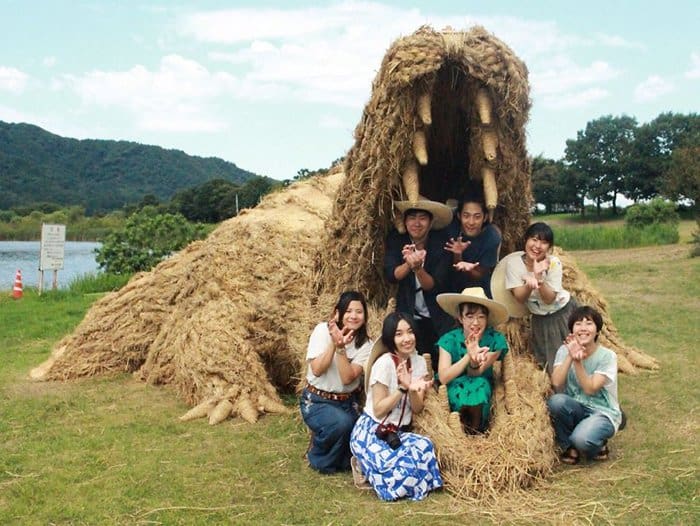 The structures were built with extreme talent and skill. 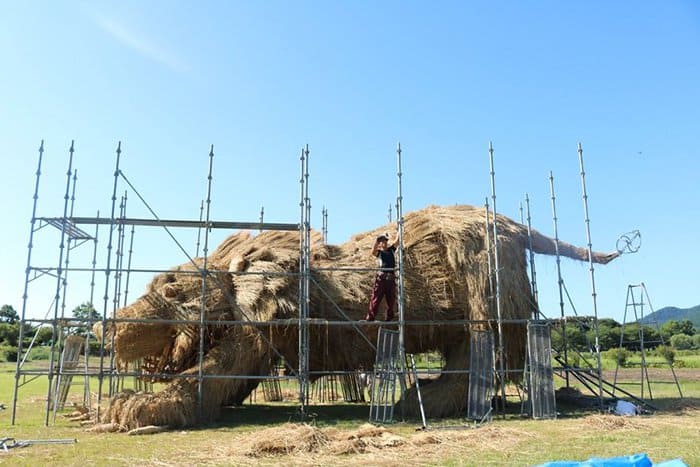 This rhino clearly rules the land. 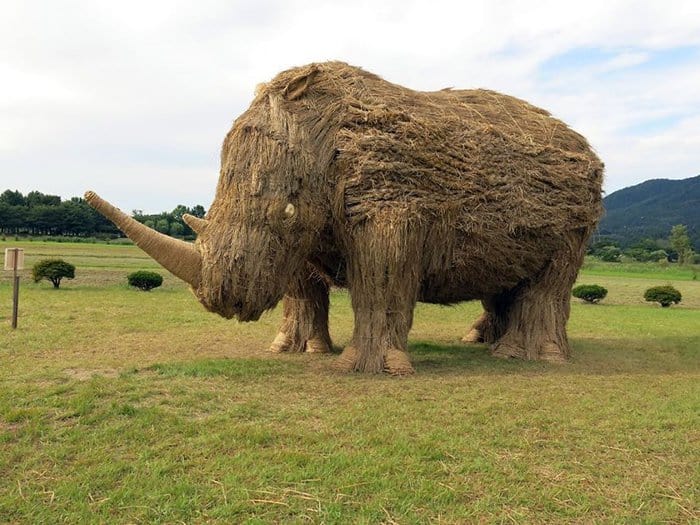 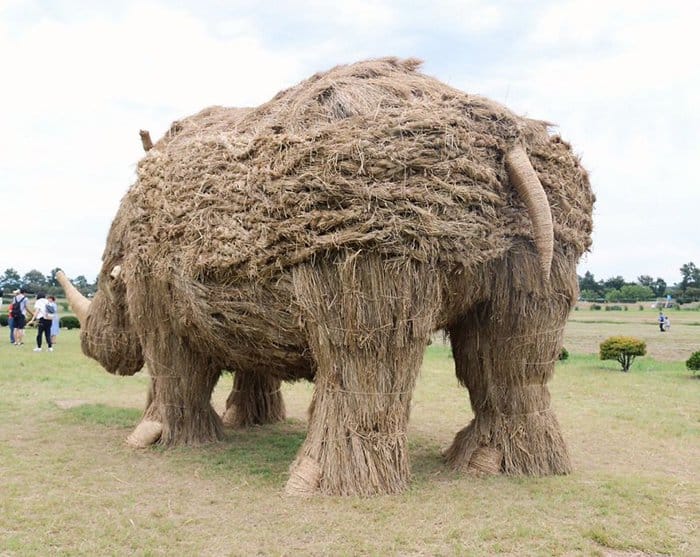 This gorilla is protective over its people. 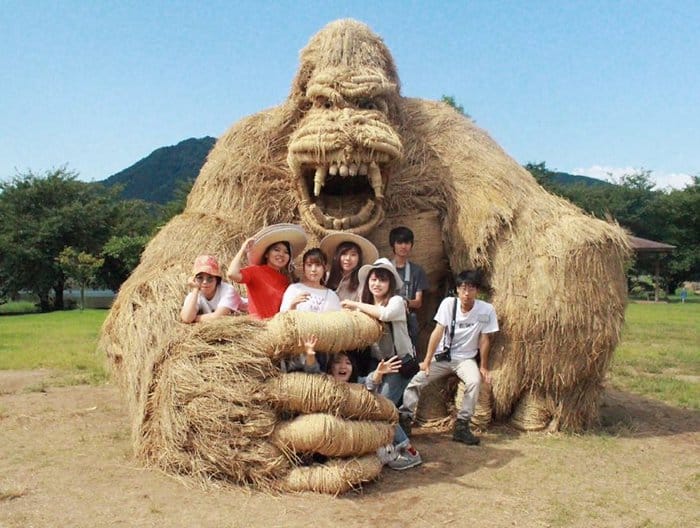 Watch out for the lion who is ready to pounce! 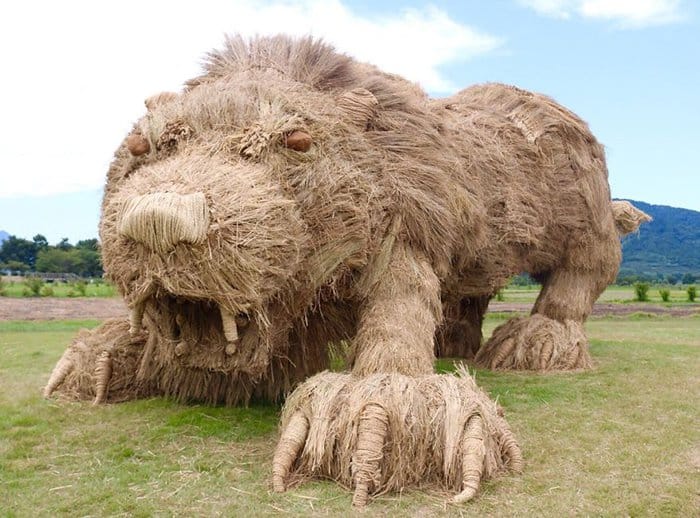 There’s some stiff competition here between the dominance of the animals! 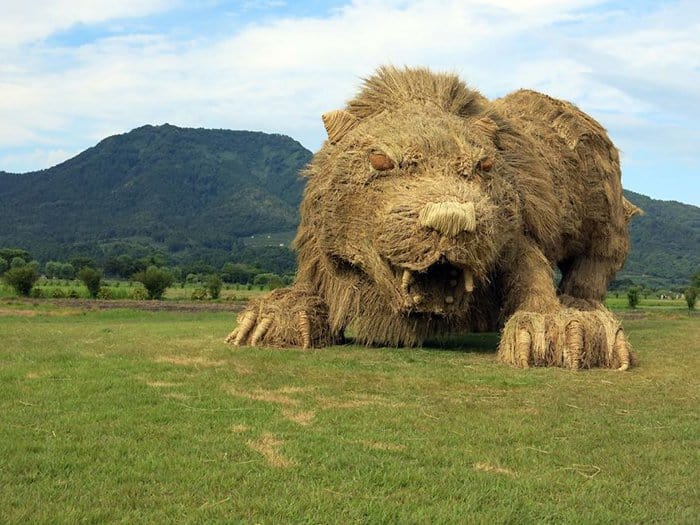 Having lots of fun! 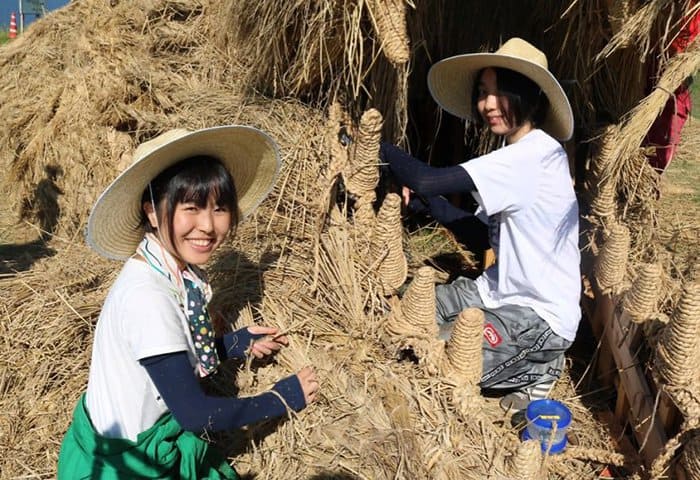 We think the gorilla is our favorite creation. 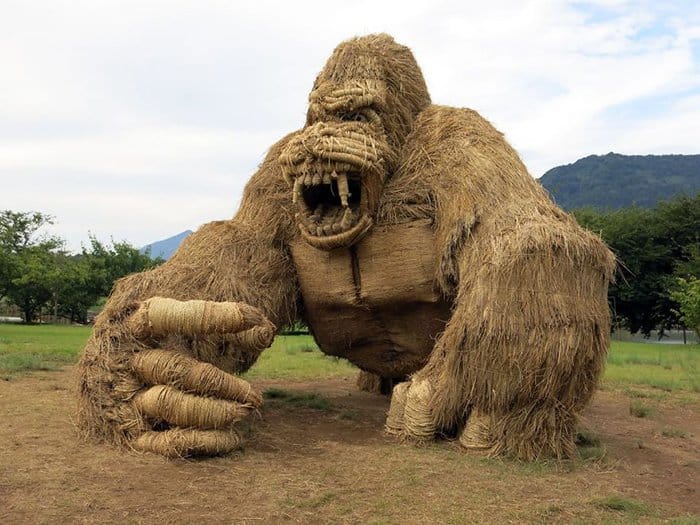 Although, the mouth of this crocodile is mightily impressive. 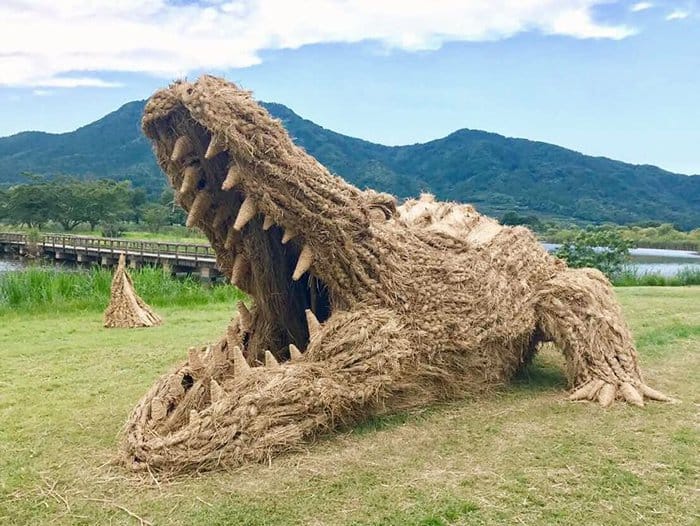