This Pontoon Project Is A Dream For Any DIY Fan

There's nothing better than lazing around on a boat on a hot summer's day. Although few of us are lucky enough to actually own a boat. What did these guys do to overcome that minor set back? They built themselves an awesome floating pontoon, that's what. Using just pallets, some 55 gallon barrels and a few other necessities, this is a DIY project we applaud. Check out how it was done!

They started by taking the boards of the bottoms of eight pallets. 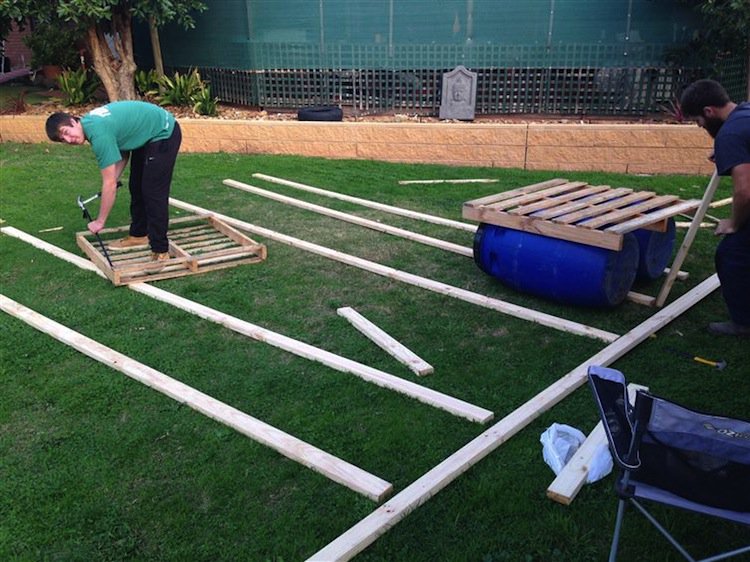 The pallets were to be used as decking for the pontoon. 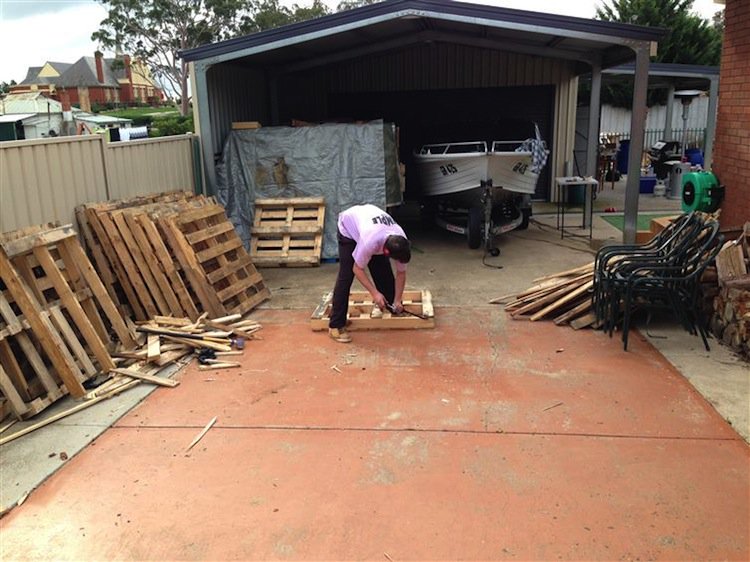 After they laid out the pallets, they then needed to add crossbeams for support. 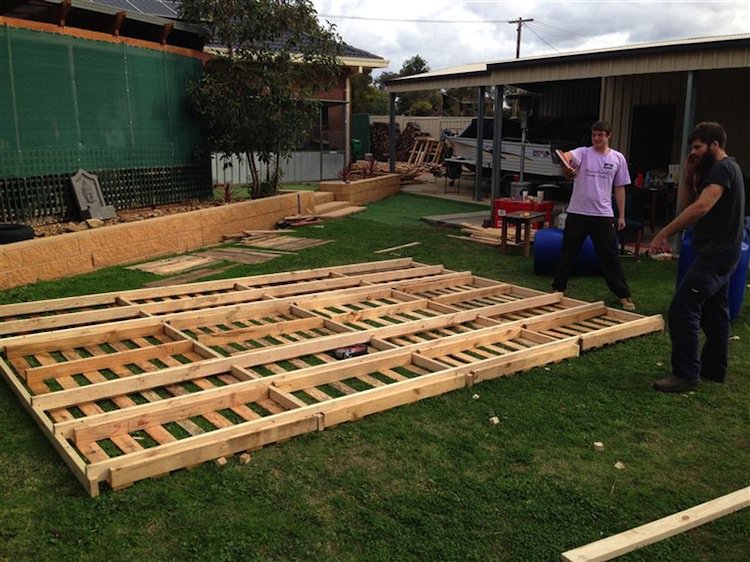 You can now see, it's starting to look more like a raft! 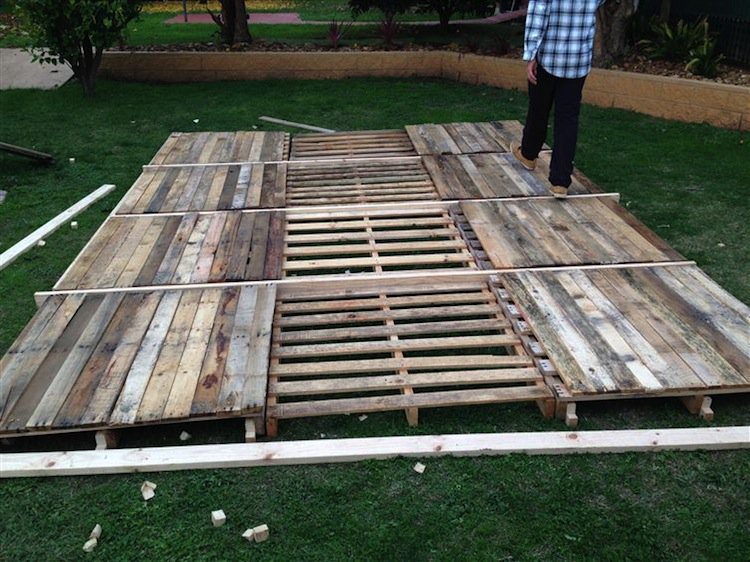 They used cheap, $3 ratchet ties to tie 55 gallon drums to the pallets. 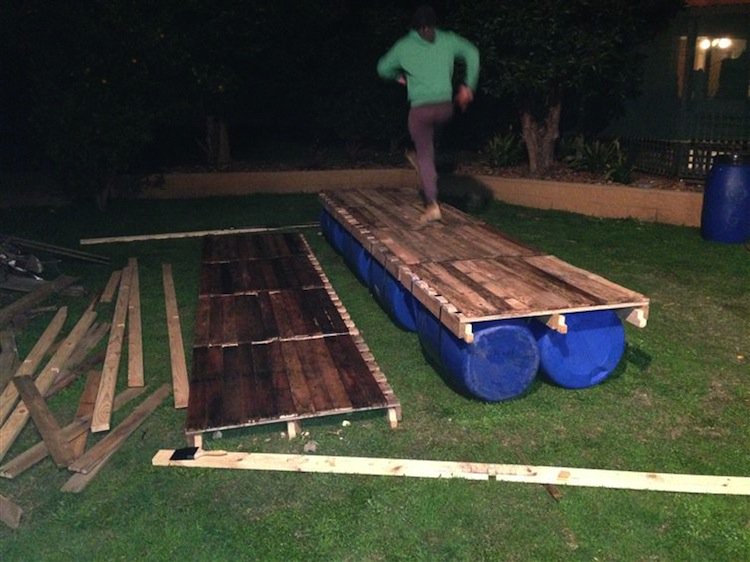 There was no way to add existing pallets to the middle deck. So they used decking boards instead. 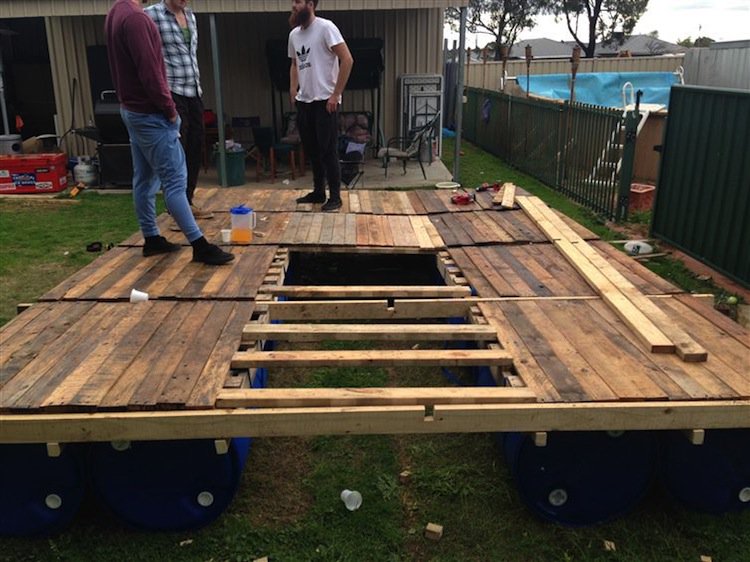 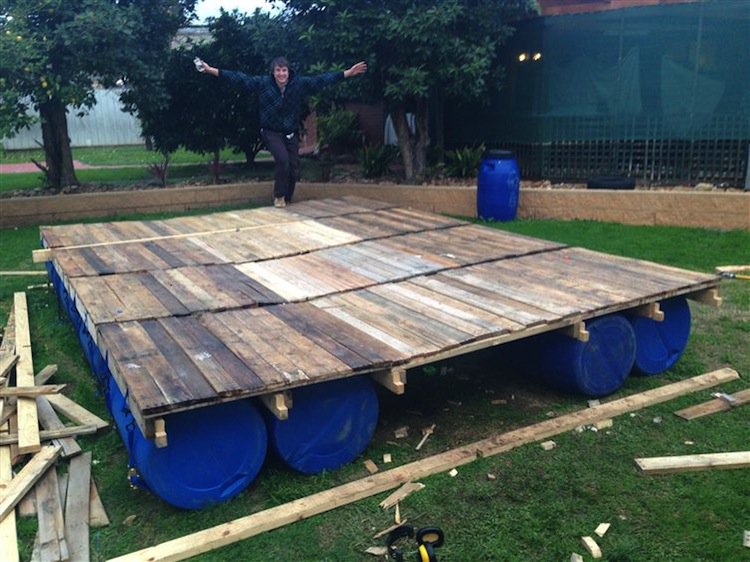 Now time to test out the raft's strength. 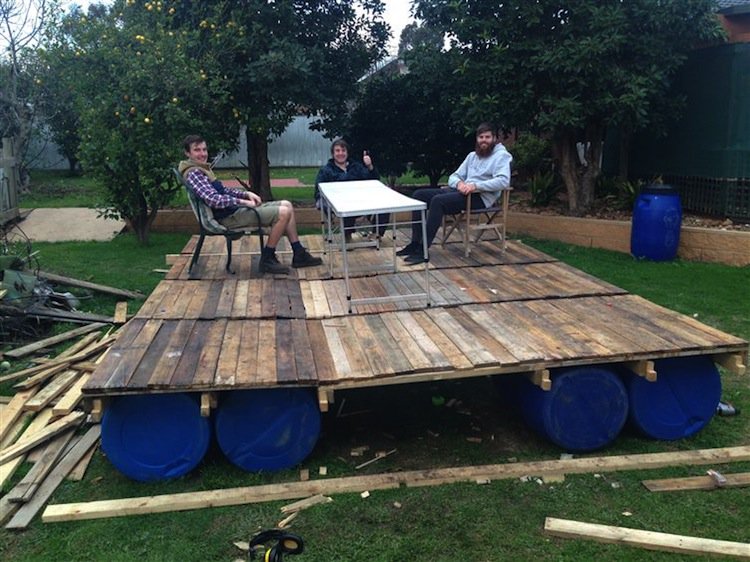 They dismantled the pontoon to transport it to a local reservoir. 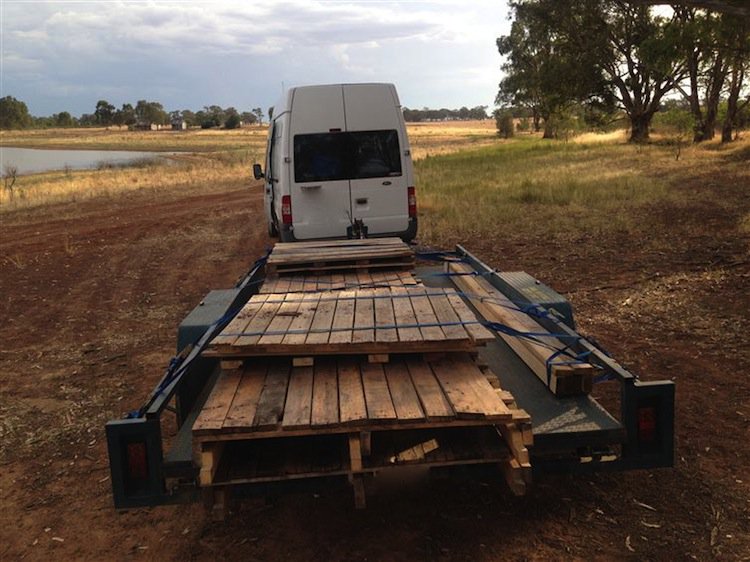 They were able to put it all back together quickly once they arrived. 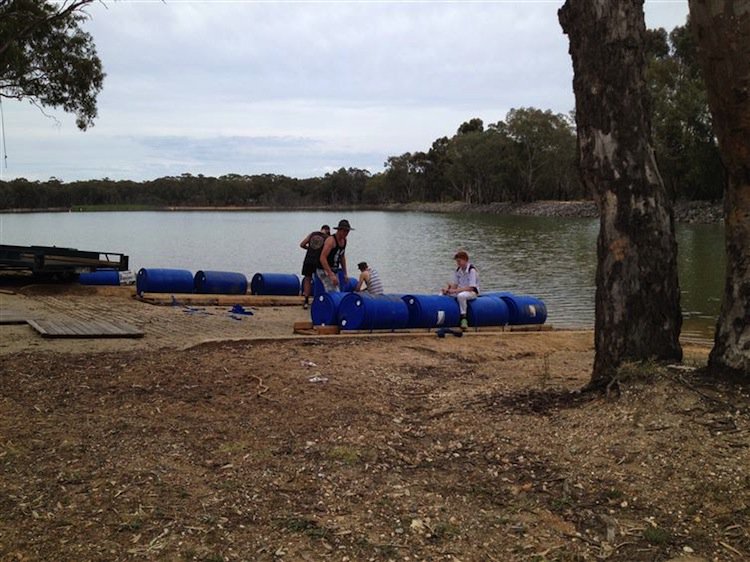 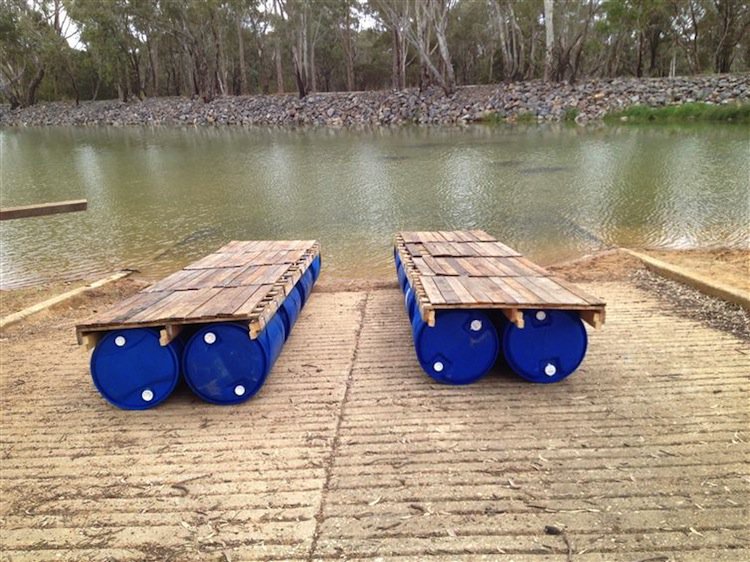 Carefully putting it all into place… 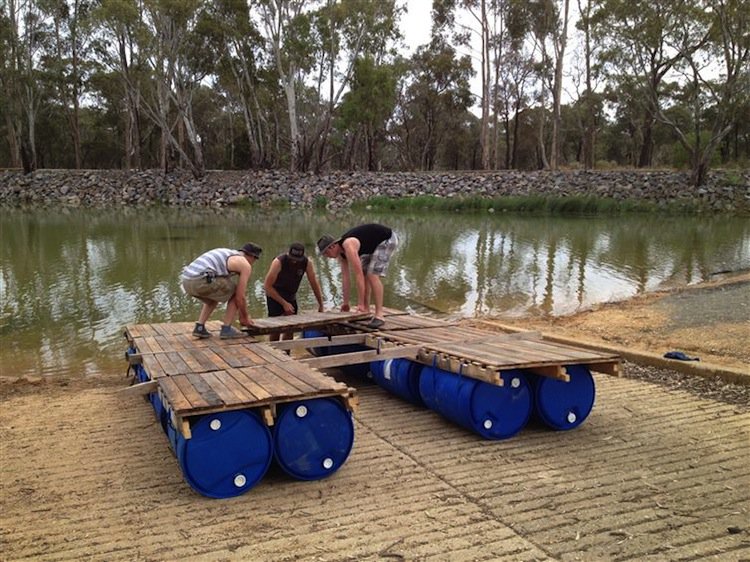 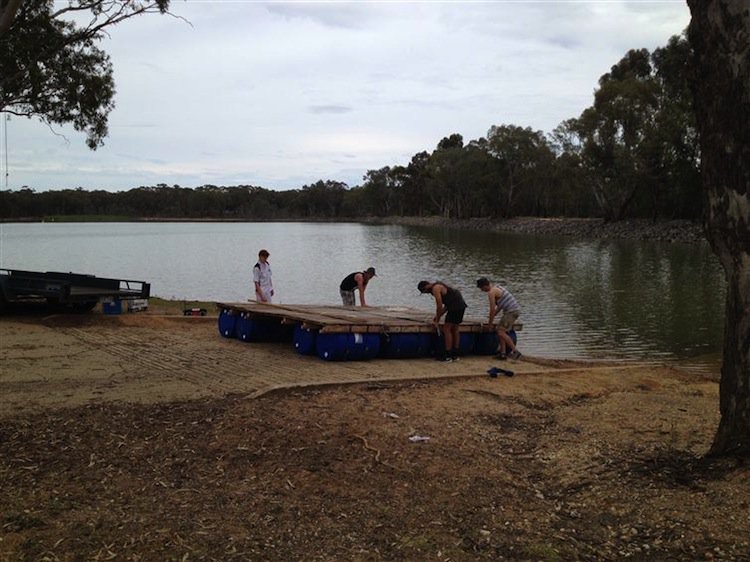 Time to add some comforts. 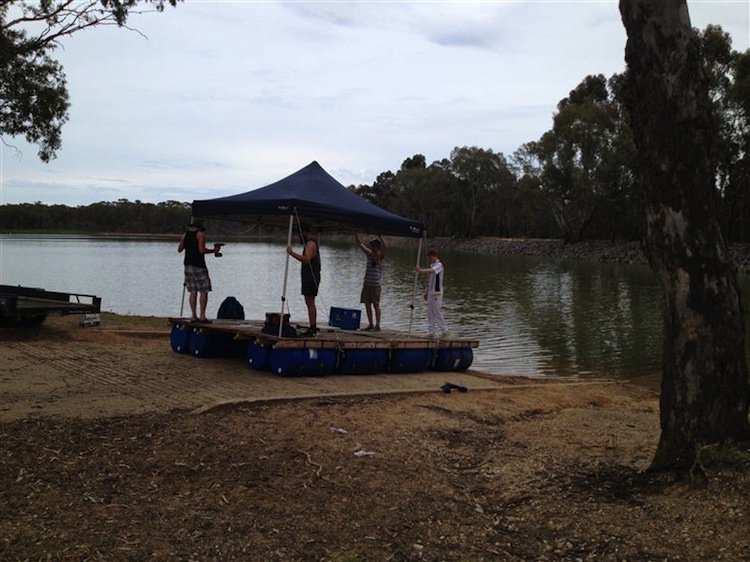 Now for the big test. Will it float? 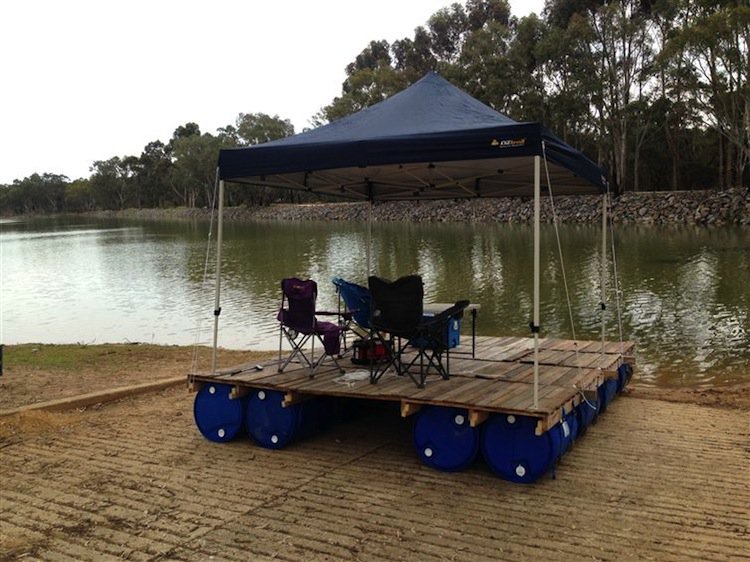 It floats! Pop the champagne! 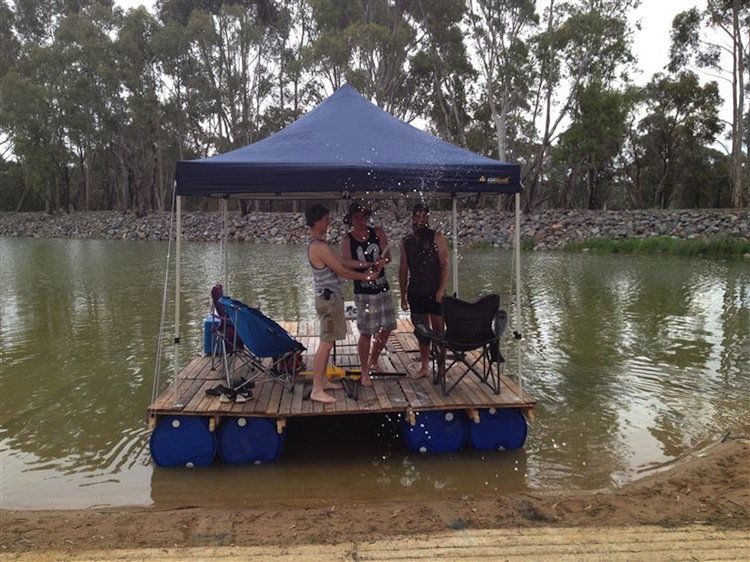 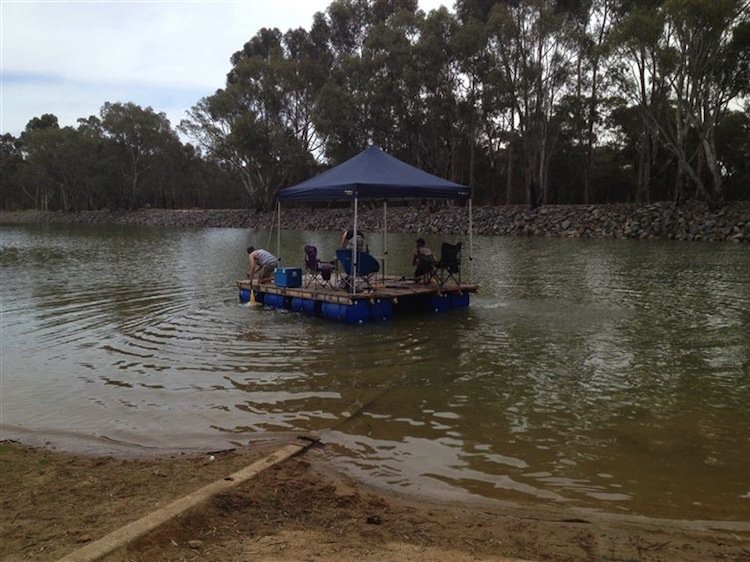 Nothing beats the feeling of floating on a cool lake on a hot summer's day! 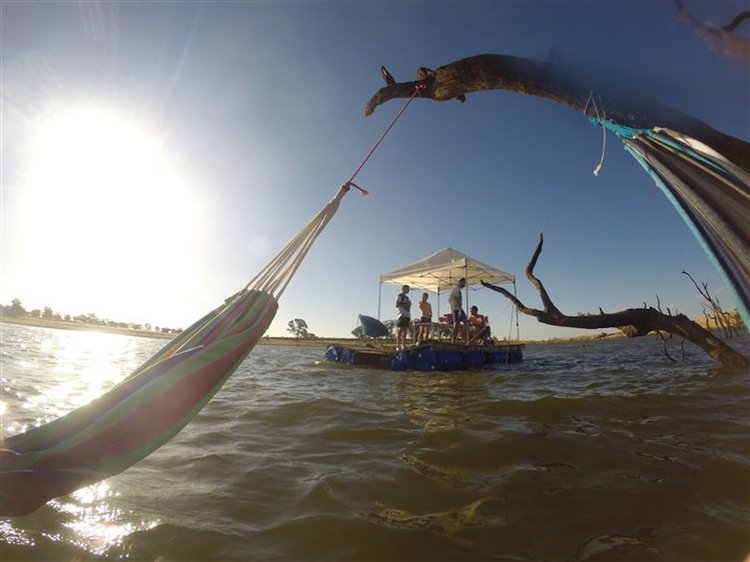 And the pontoon is easy to store, too! 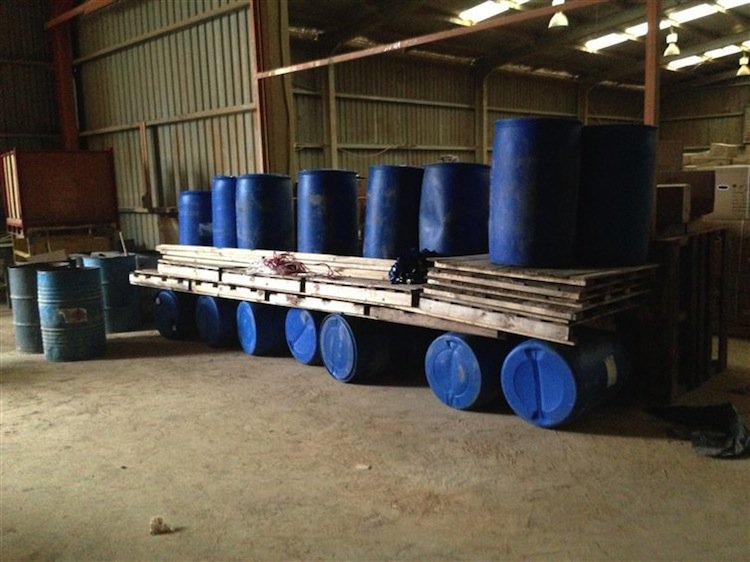