Based in California, Damon Belanger is an artist known for his diversified works of art. His recent project might play well as a prank, as his shadow art creations painted on streets are quite playful and funny.

Yes, the shadow paintings all sport a silly look. If you happen to pass by one shadow art, you would certainly take a second look!

Belanger actually did his shadow art out of an official commission. His task was to fill the streets of downtown Redwood City in California with his fun works of art. He had to create 20 public pieces, and all of them turned out to be fanciful! He went on with the deal and painted fake shadows on the streets. As a result, the city became such a wonderland! 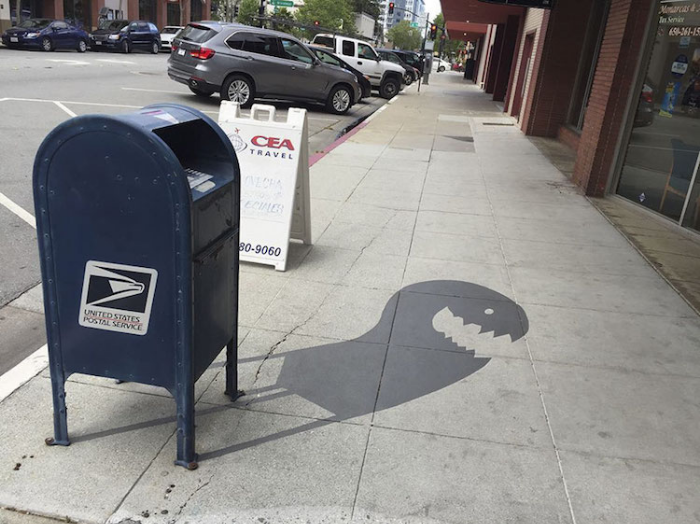 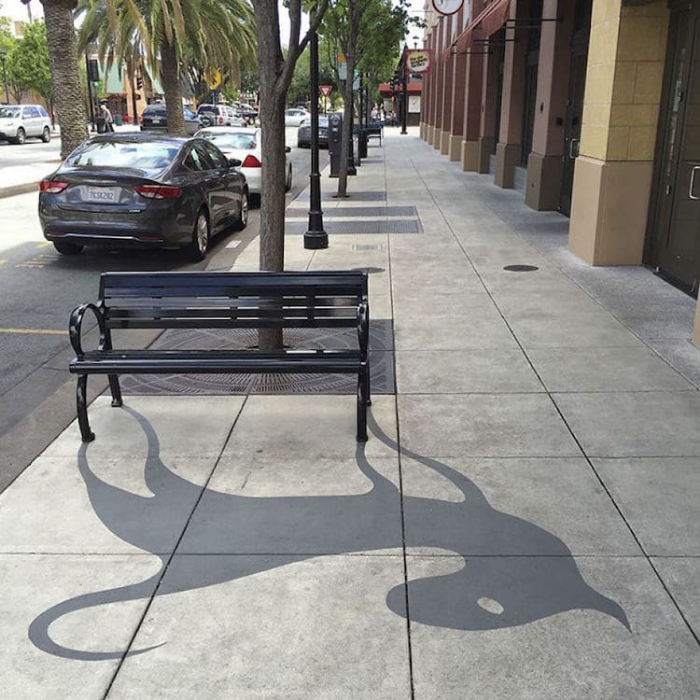 So what does Damon Belanger use for inspiration? Well, it’s simple things such as bicycle racks and benches. Fascinatingly, Damon creates these beautiful shadow art creations and breathes new life into the otherwise lifeless streets.

In the modern world that he’s created, a mailbox becomes a smiling little monster, while a city map becomes a robot. One of our favorites is the parking kiosk that Damon Belanger fascinatingly turned into a monkey. And, the monkey was sitting on a pedestal. 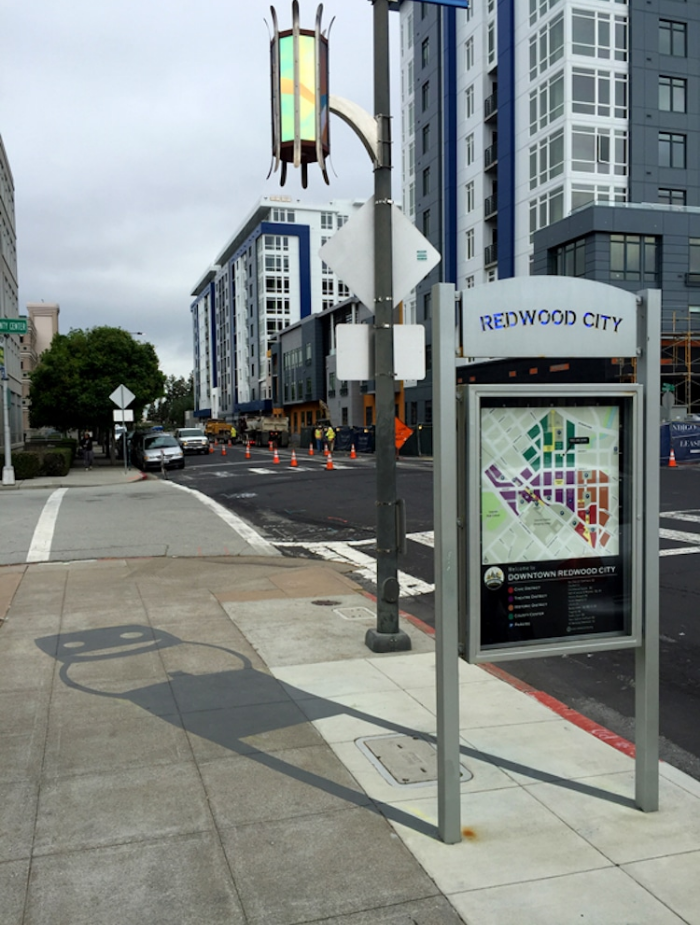 Belanger’s process was simple. He first chooses the object which he’d like to appear as casting the “shadow.” Then, he outlines a character using chalk. Of course, he angles it such that it would look like a real shadow! When he sees the sketch as funny and playful enough, he then puts grey paint to fill the character in. 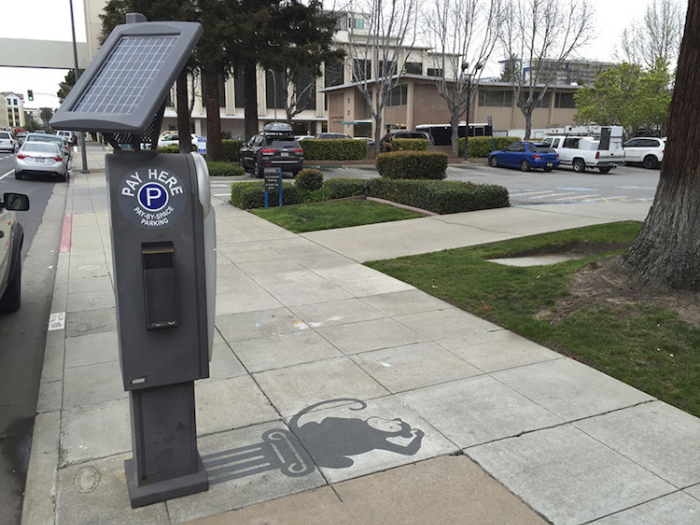 Amazing, right? Now that’s how these conventional fixtures have come to life in Redwood City. Damon’s shadow art creations only prove that an artist creative enough can turn any public place into his playground! 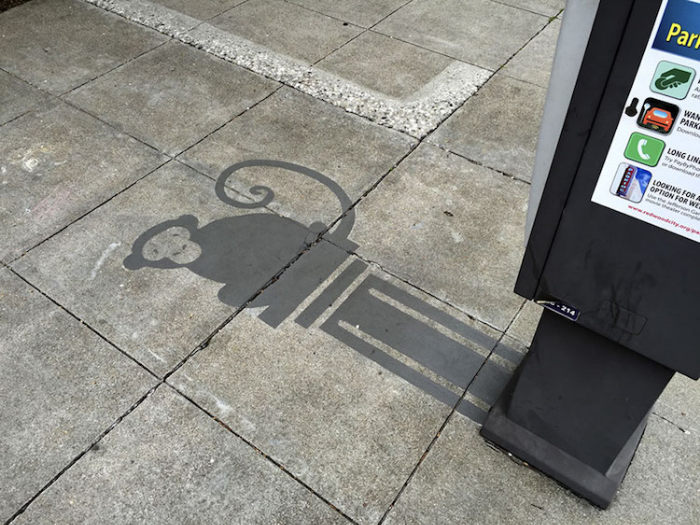 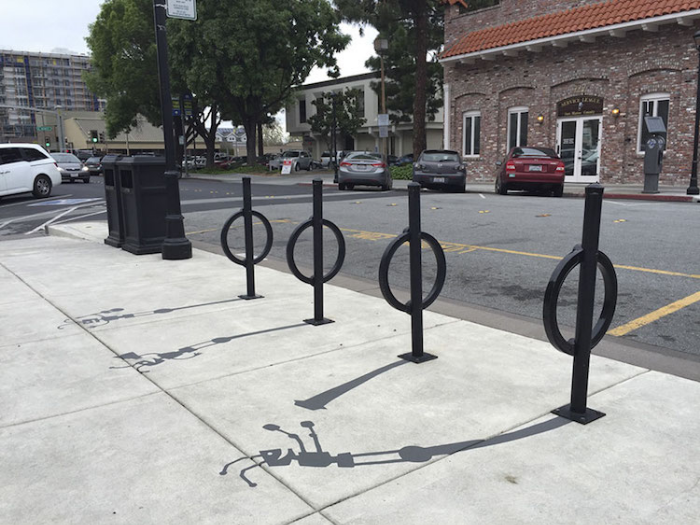 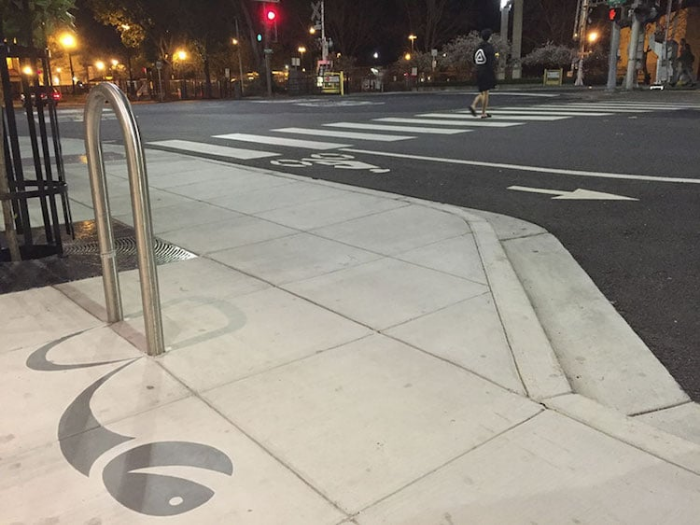 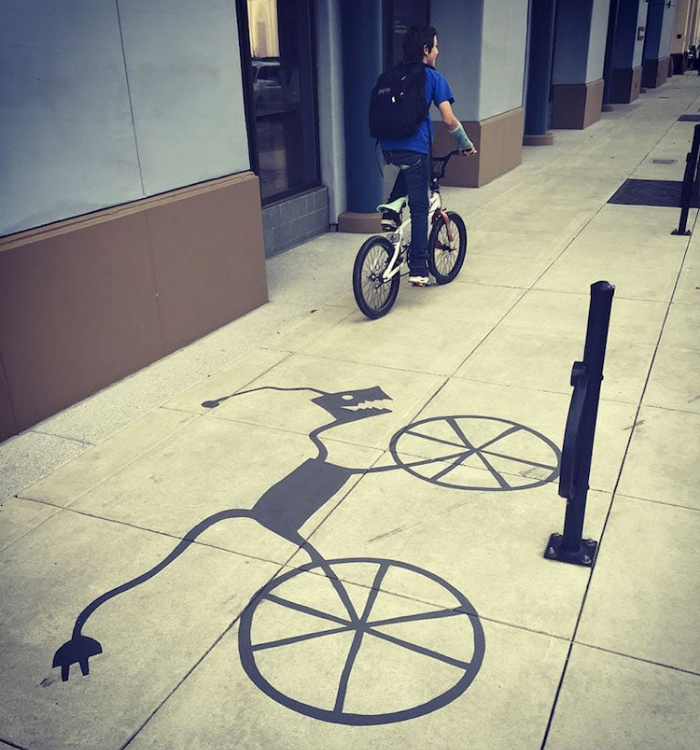 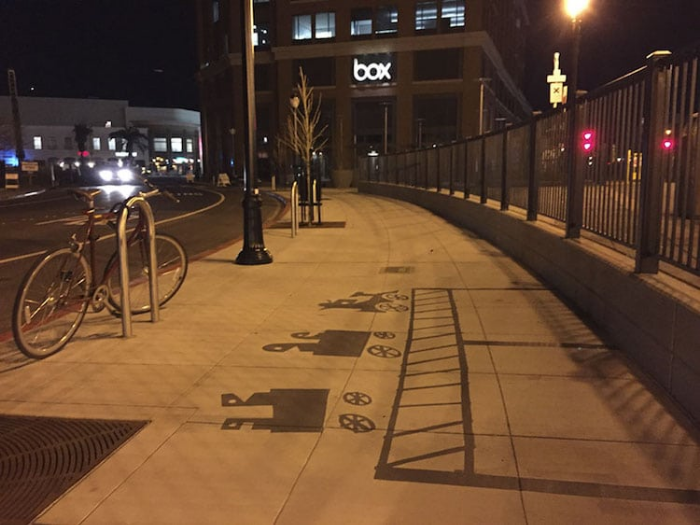 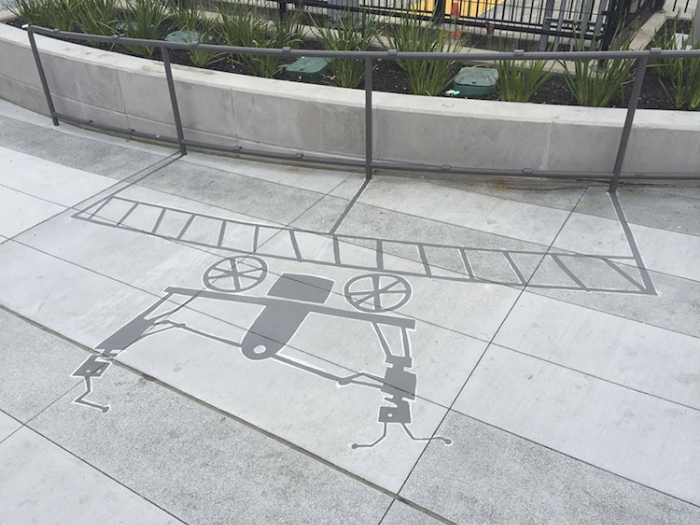 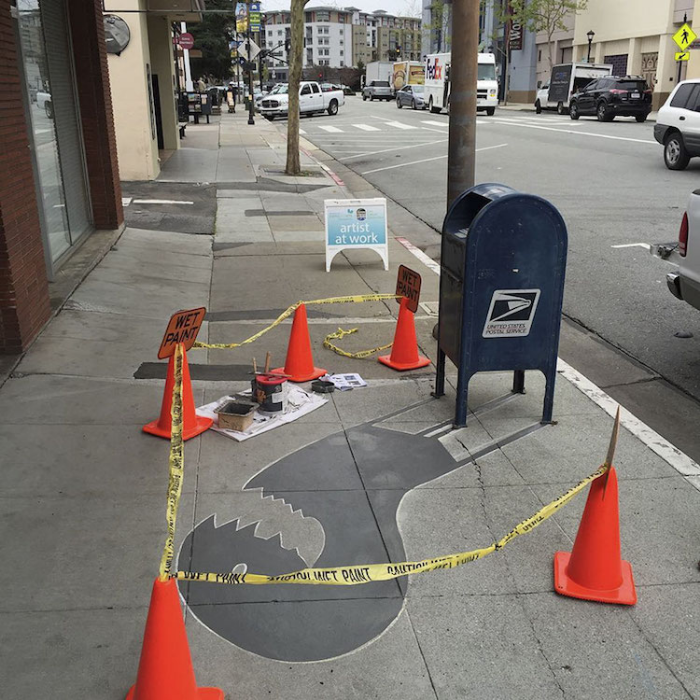 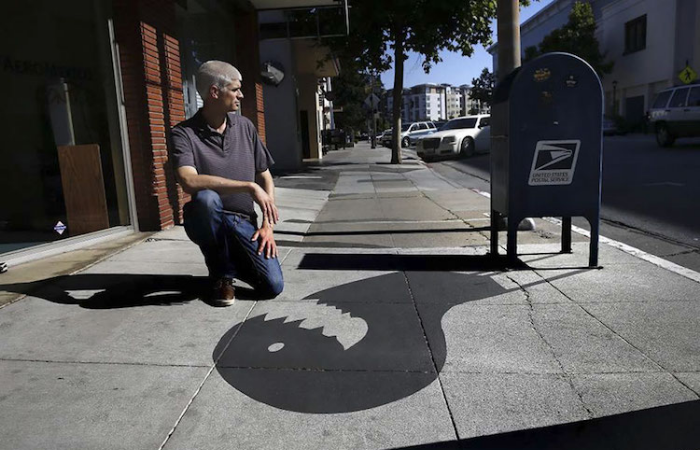