Home » Creepy » Creepy Photos That Will Give You Chills

Creepy Photos That Will Give You Chills

They say that a picture speaks a thousand words, but sometimes all of those words will scare the life out of us. We’re not easily frightened, but the photos we’ve got for you today are super spooky and make us want to go back to bed and put the covers over our heads. But not before first checking for monsters under the bed and in the closet, of course. Check out these twelve creepy photos and see what we mean! Just don’t expect to sleep well tonight!

This photo, taken in 1939, shows the body of a Soviet soldier. It was staged like this by Finnish troops to intimidate anyone else who might oppose them. 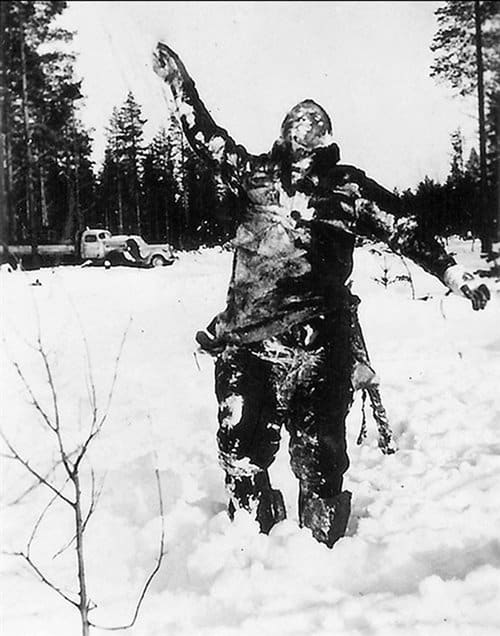 Victorian photos are often creepy, but what’s with the person with a cloth over their head?! Okay, we actually know the answer to this one. Back when this was taken, cameras had an extremely long exposure time, so if you moved while the photo was being taken, you would come out blurred. Parents would need to hold on to small children to get a good photo, but for whatever reason didn’t actually want to appear in the photo, thus the fetching tablecloth look was born. 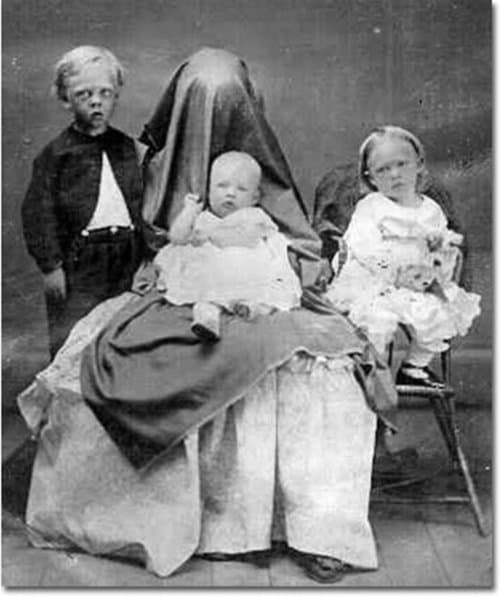 We’re not even sure what’s going on in this one, but we don’t like it. 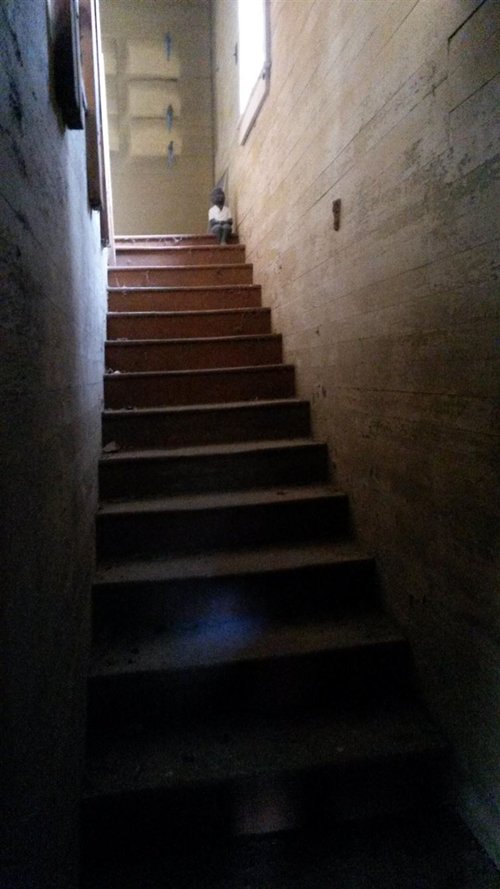 A man stands on top a giant pile of bison skulls waiting to be ground into fertilizer. 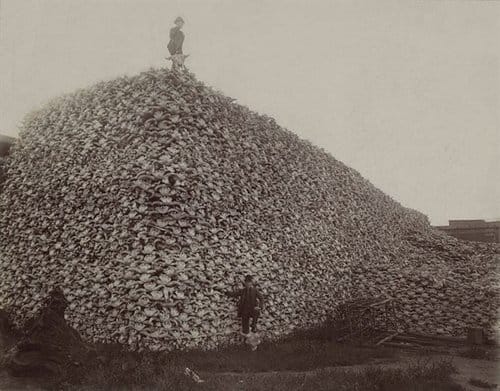 Something about the way this tree is reclaiming its land is creeping us out. 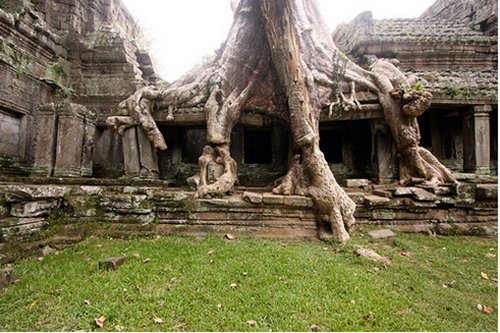 Yeah, this is just the stuff of nightmares, plain and simple! 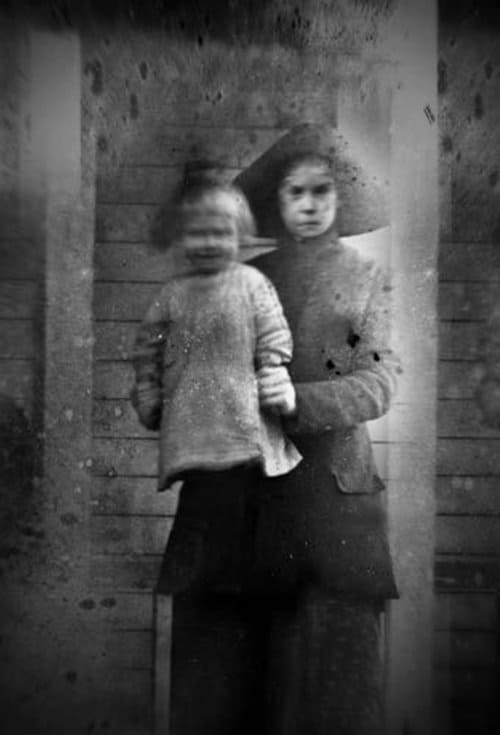 A little girl in the 1920s, visiting the grave of her twin sister, who had died in a fire the year before. 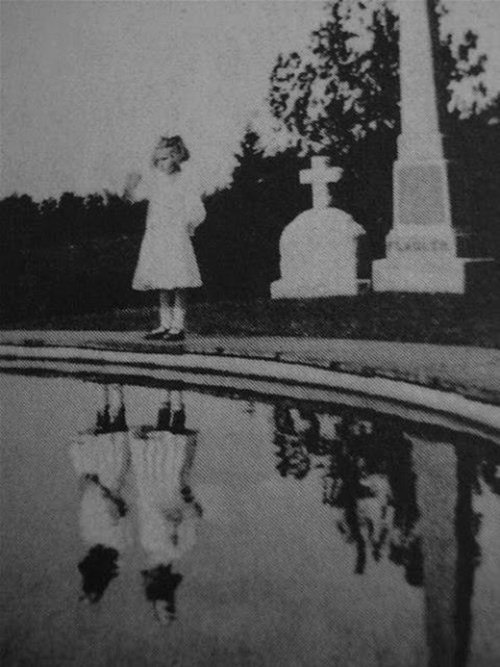 There’s a horrific story behind this shot. A 19-year-old woman and her 2-year-old goddaughter got trapped in a fire in an apartment building. They were standing on the fire escape, just moments from being rescued by a firefighter, when it collapsed. Sadly, the 19-year-old died, but the little girl survived, reportedly because she landed on the body of her godmother, which broke her fall. 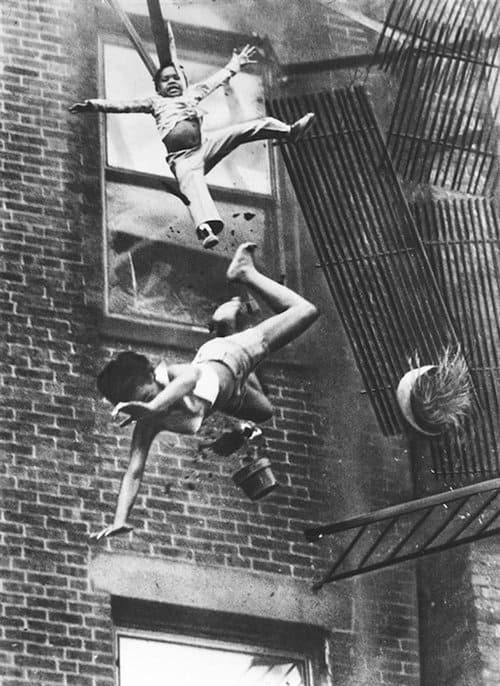 This was the scene of the last ever public execution by guillotine, of a man named Eugene Weidmann, in France in 1939. 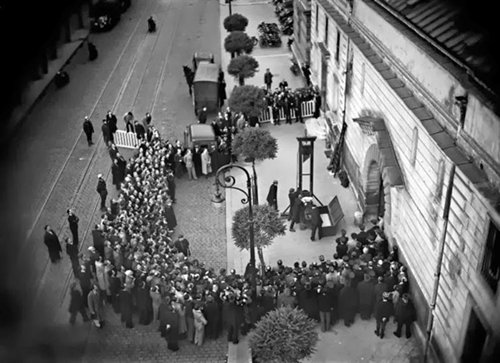 We have no words. 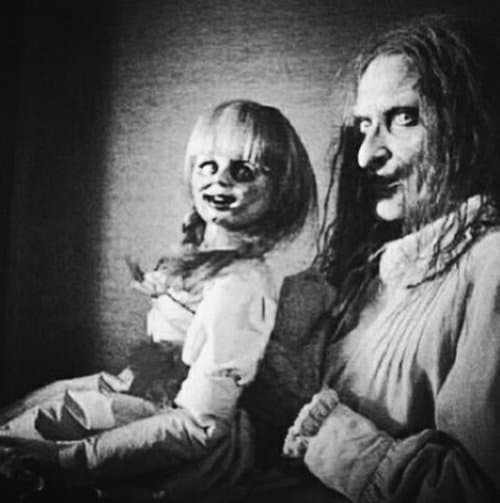 This bridge is known as the bridge of death. It’s located in Pripyat, Ukraine, and overlooks the ‘Chernobyl’ power plant. During the meltdown of the plant, residents were told the radiation levels in this area were safe, so people gathered on the bridge to watch. However, due to spikes in the levels, everyone standing on this bridge ultimately died of radiation sickness! 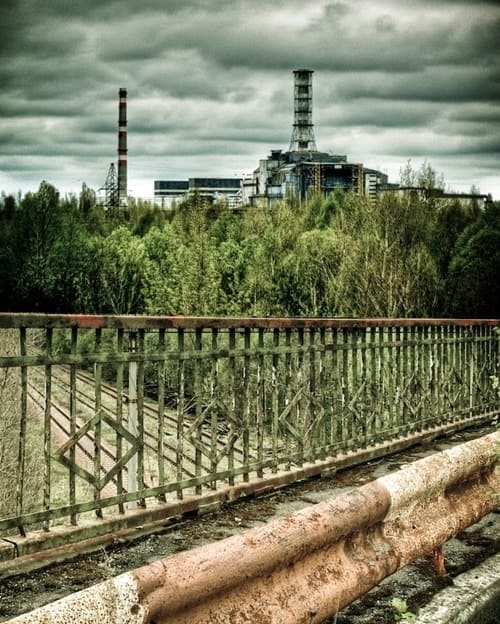 This is another shot from Pripyat. It shows the laundry still hanging after residents were forced to evacuate post-haste. 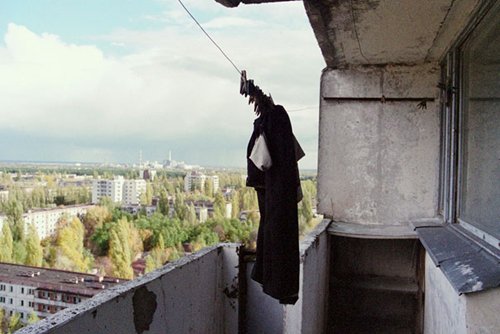