There’s no denying it, humans have always been odd, and that’s just the way we like it here at Awesome Inventions! But, if it’s proof of this fact that you want, then we’ve got just the photos for you. These fascinating images from the last 100 or so years show some of the more bizarre moments of recent human history! If you enjoy these photos, don’t forget to check out the first part of this post, if you haven’t already.

Don’t forget to check out Part 1 of this post below:
15 Bizarre Historic Photos That Prove Humans Have Always Been Odd – Part 1

A motorcycle chariot race in 1936. 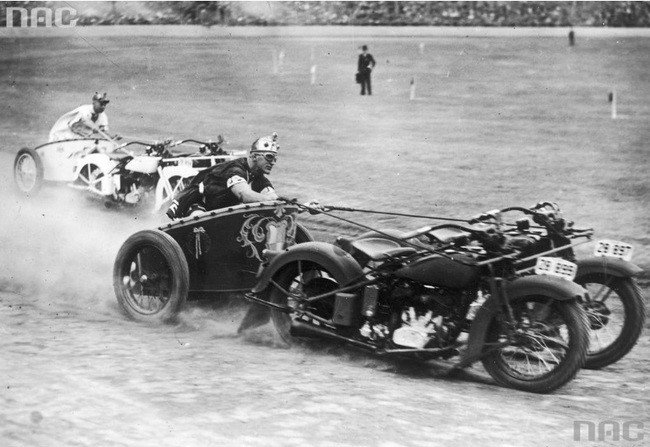 Woodsmen from Montana employ an unconventional method for finding love in 1901. 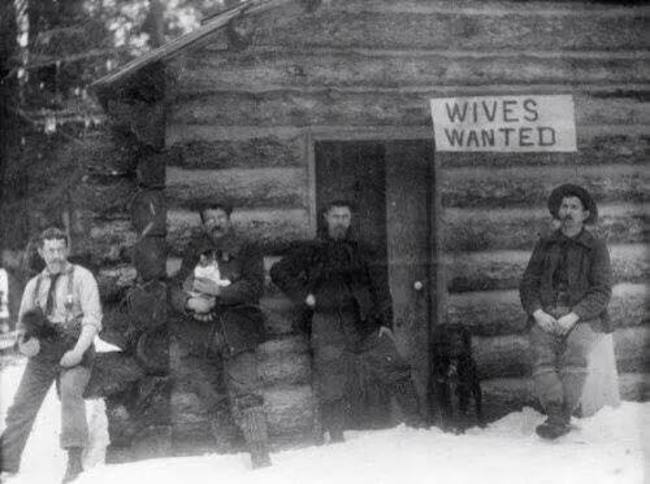 Soldiers during WWII with mini tanks, which went under full-sized vehicles to blow them up. 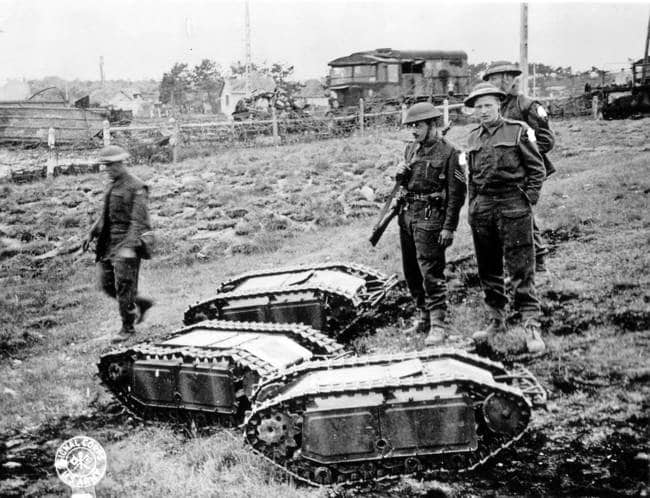 President Lyndon B. Johnson would surprise guests to his lake house by driving his car into the water. Unbeknownst to them, the car was amphibious. 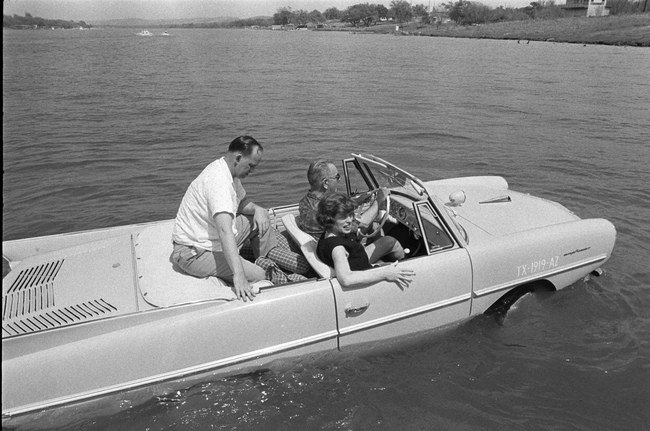 Members of the KKK ride a Ferris wheel in 1925. 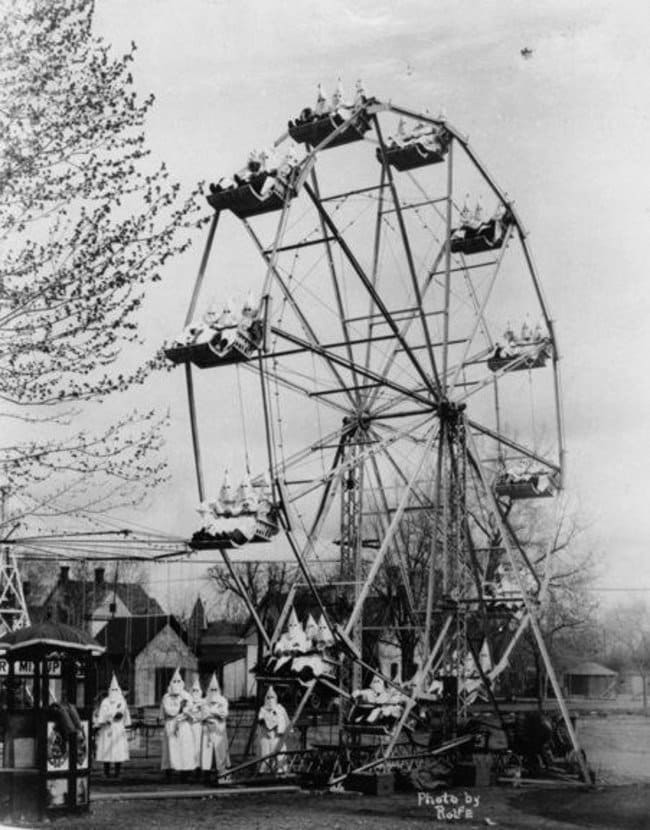 Men riding horses on the streets of Amsterdam in 1973, after driving was banned due to a fuel crisis. 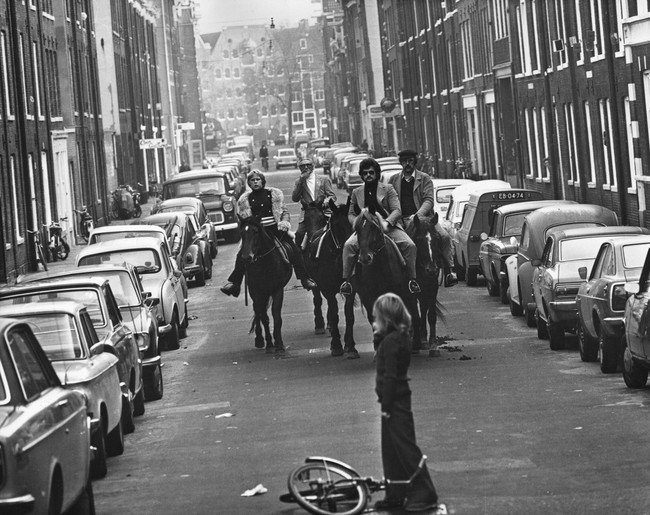 A man testing football helmets in 1912. 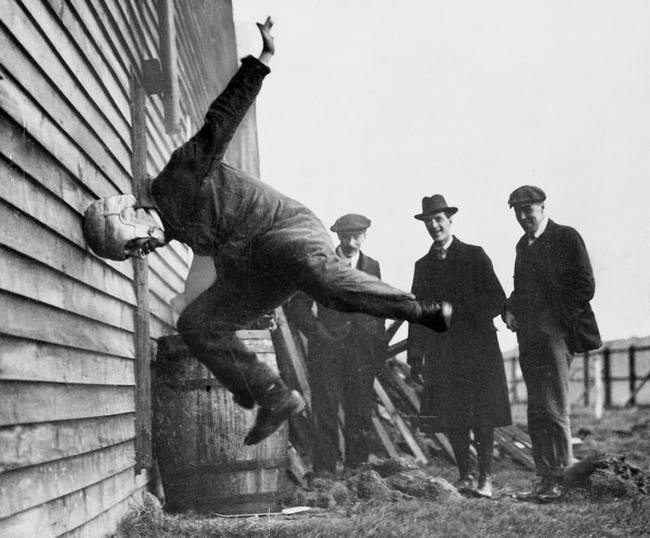 In 1939, this flour mill started selling flour in patterned sacks so that deprived families could use the material for clothing. 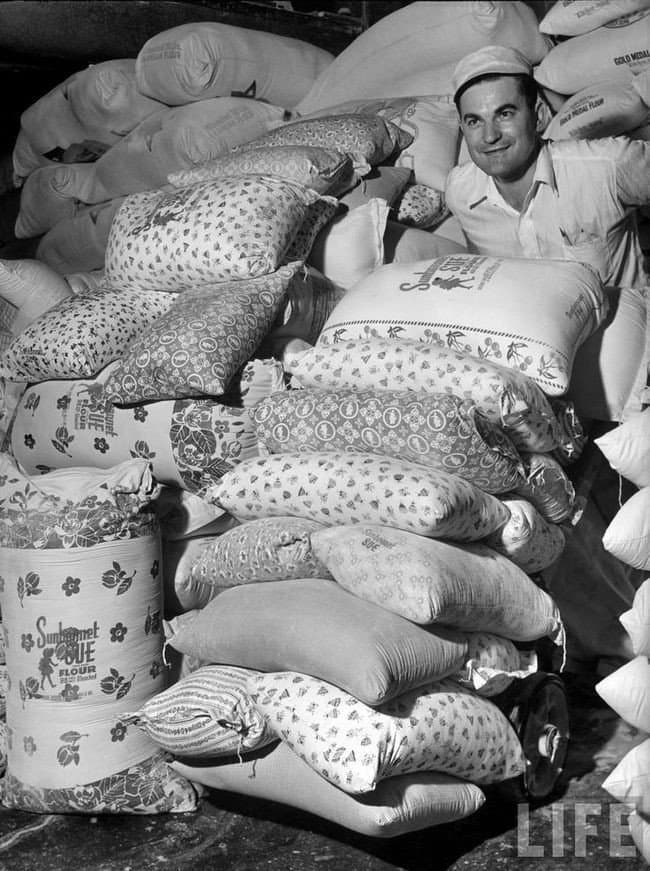 The Niagara Falls in 1969, when it was dammed to make repairs. 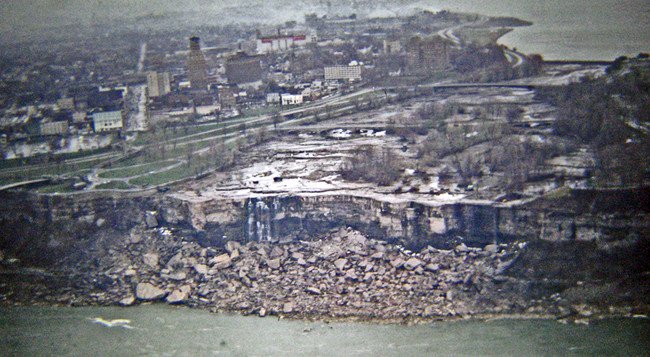 German soldiers posing one of their dogs in 1940. 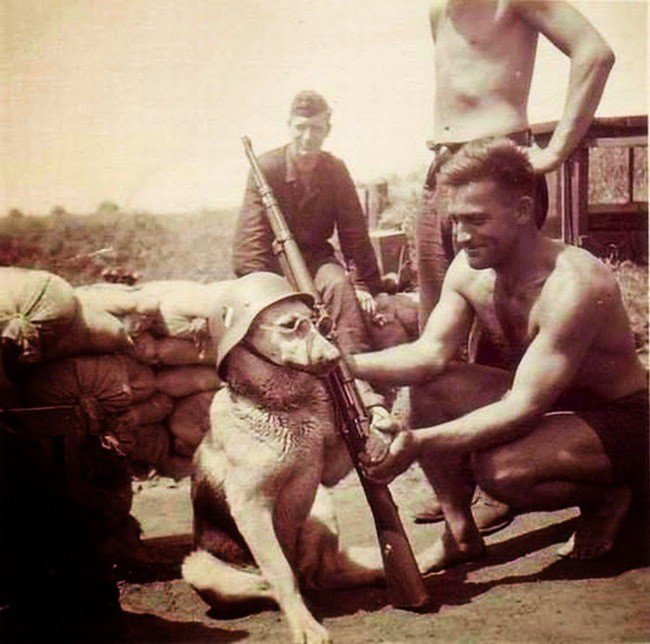 A 1948 portrait of store detectives hired by Macy’s. They posed backwards to protect their identities. 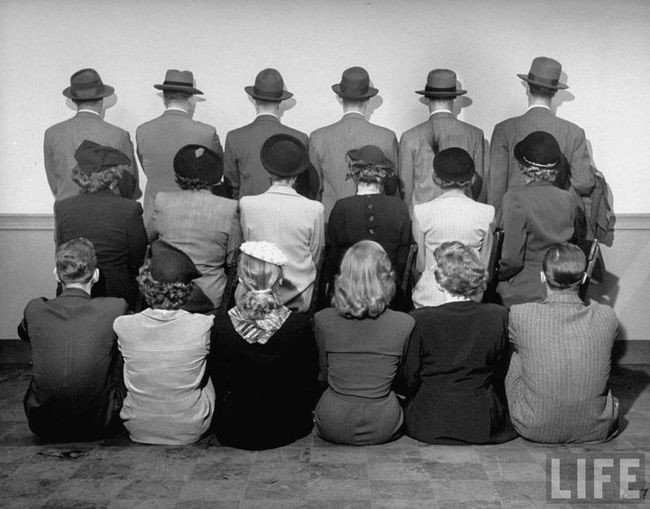 Sean Connery signing a coconut for a young fan on the set of Dr. No in Jamaica. 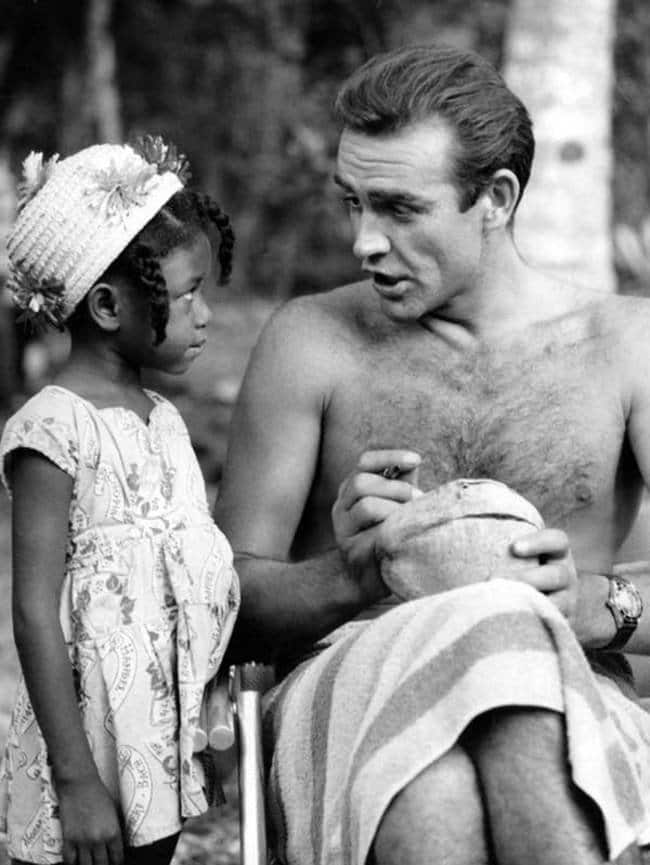 Dr. Moody Jacobs showing off his patient Ann Hodges’ giant bruise in 1954. Hodges received the bruise by being struck by a meteorite. 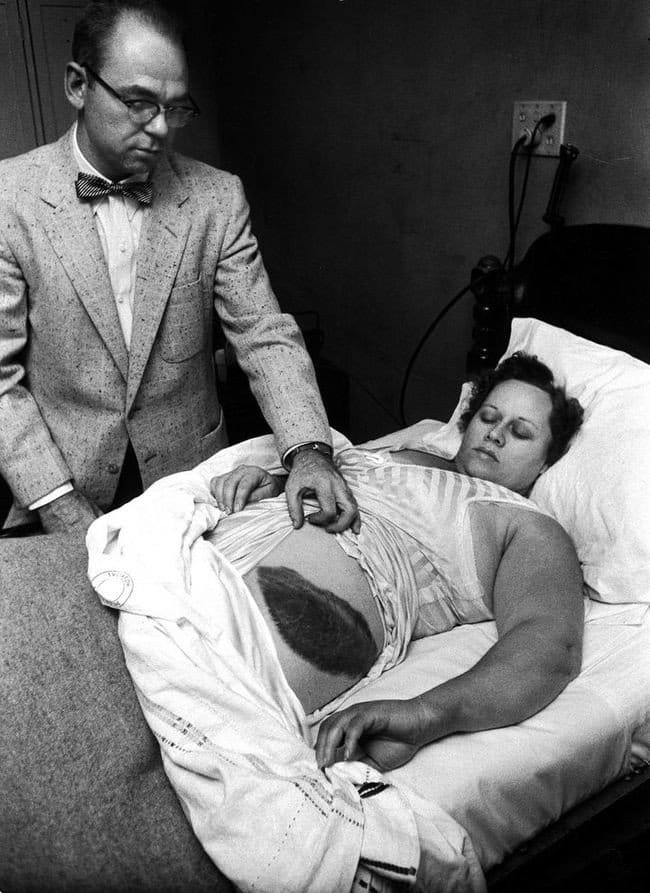 A policeman judging an ankle competition in 1930. 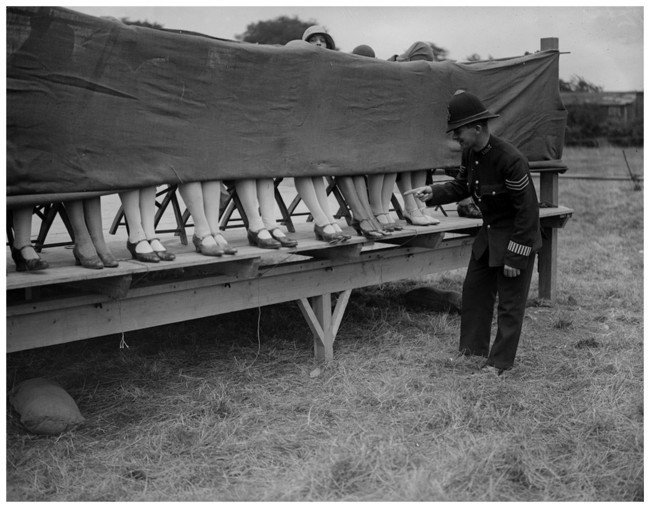 Don’t forget to check out Part 1 of this post below:
15 Bizarre Historic Photos That Prove Humans Have Always Been Odd – Part 1