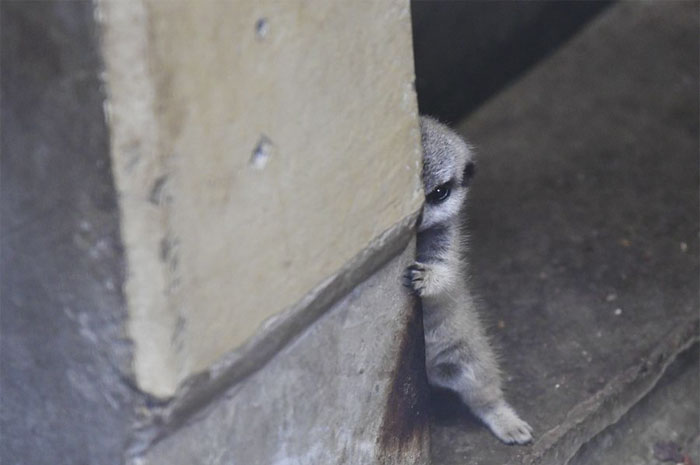 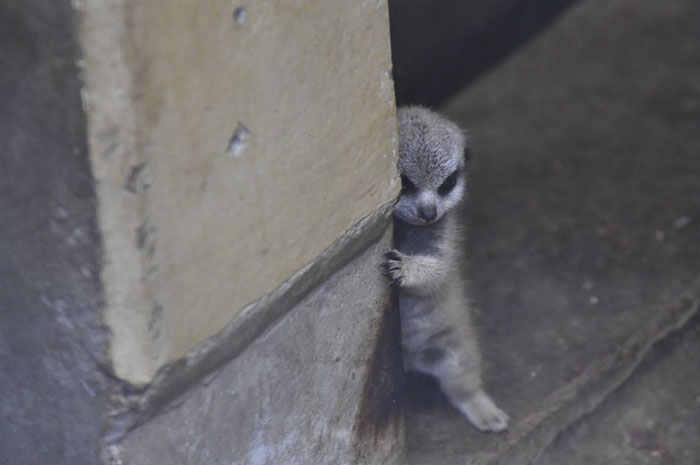 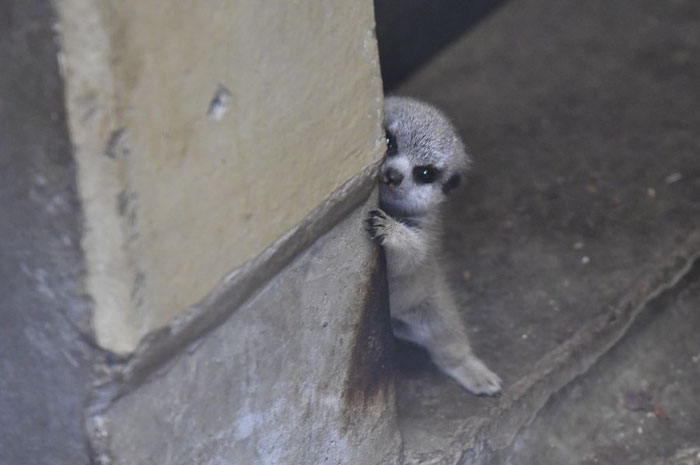 After a while, it came out from its hiding place to show its cute face 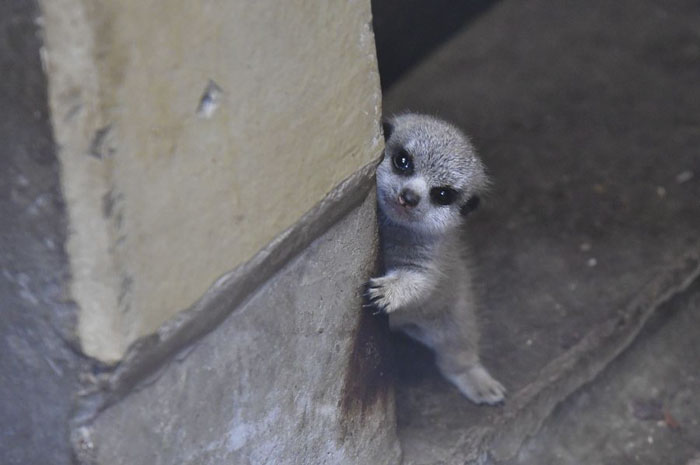 Meerkats are small omnivores belonging to the mongoose family. They are usually found in the deserts of Botswana, Namibia, Angola, and South Africa.  These desert dwellers mostly live in underground burrows with multiple entrance and exit holes. The underground burrows serve as their homes as the complex tunnels help protect them from predators and harsh weather. 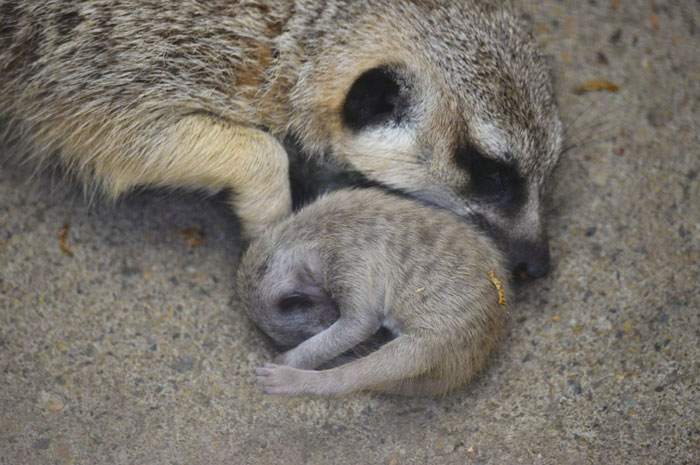 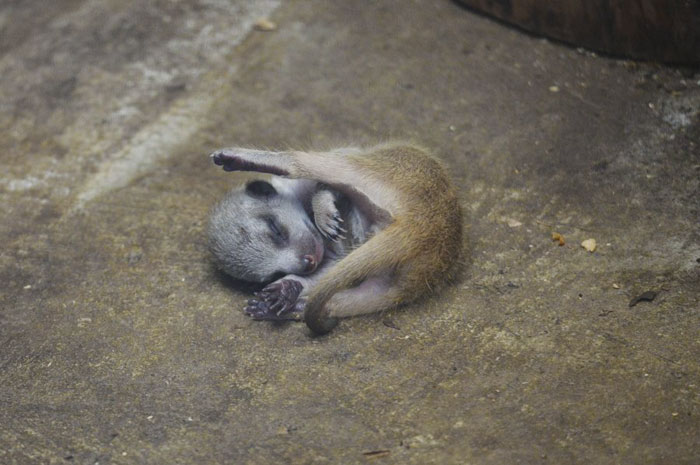 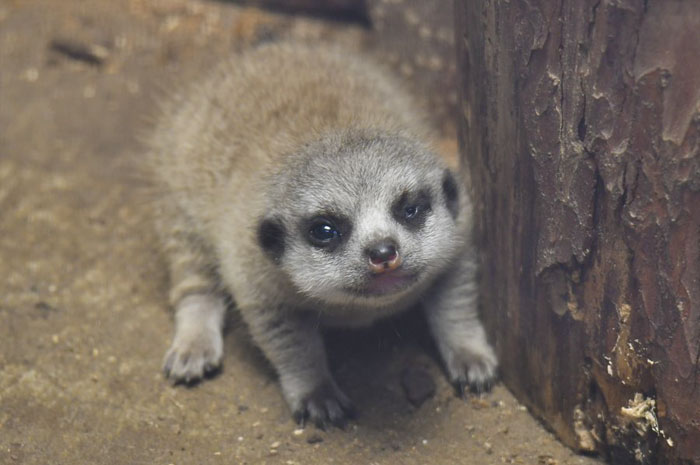 Most meerkats live in groups called “clans”, “mobs”, or “gangs”. A clan of meerkats may consist of 20 to 50 members. Each member has its own role to perform in order to keep the clan alive. Some adult meerkats are tasked to dig tunnels while others go out to hunt for food. Occasionally, they go on rotation. Most female meerkats take care of the infants by providing them milk and keeping them safe at all times. Rivalry among meerkat mobs also exists. If given the chance, rival mobs will sneak into other burrows to kill their babies. So, it’s the babysitters’ job to defend the babies at all costs, even if it means sacrificing their own lives. 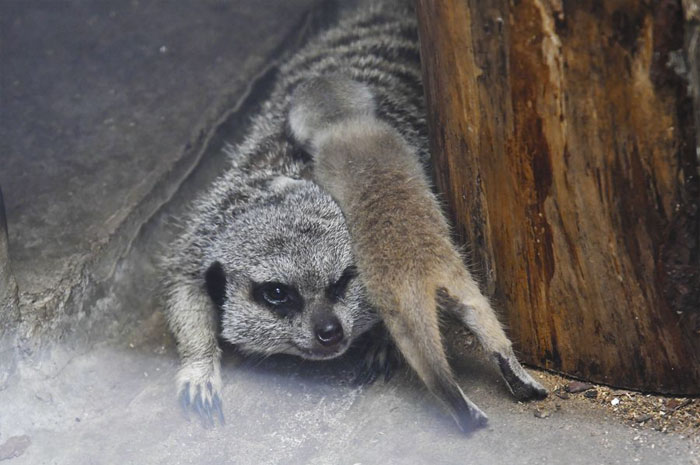 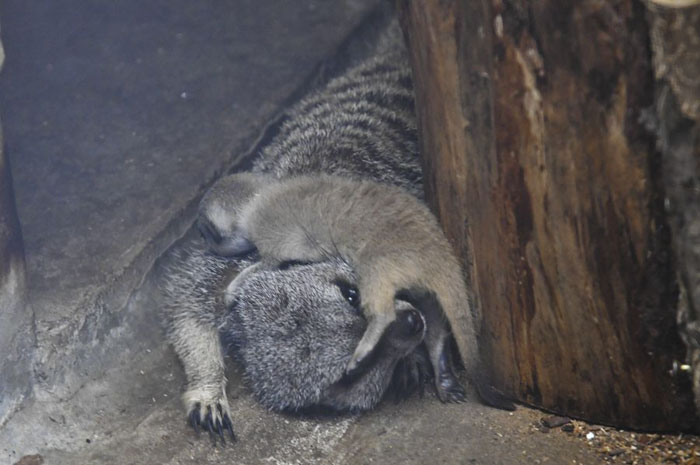 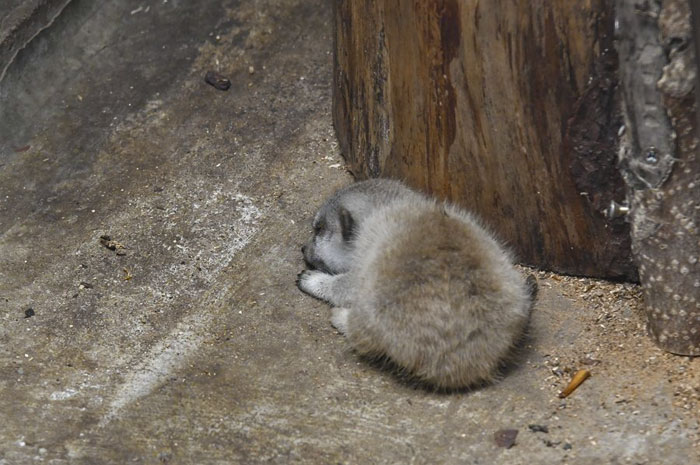 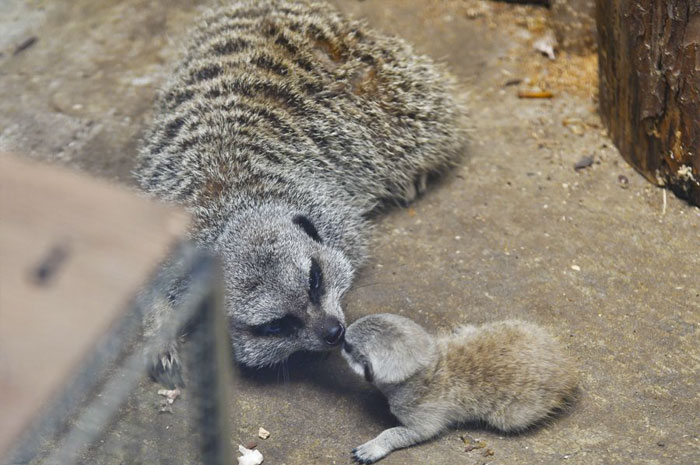 The average life span of meerkats is 12 – 14 years and their diet mostly consists of insects, small rodents, fruits, birds, lizards, and even poisonous scorpions. They can reach sexual maturity at about two years of age and can reproduce any time of the year. A female meerkat can typically have up to four pups in a litter. When the pups are about three weeks old, they are allowed to go out of the burrow to bask in the sun. 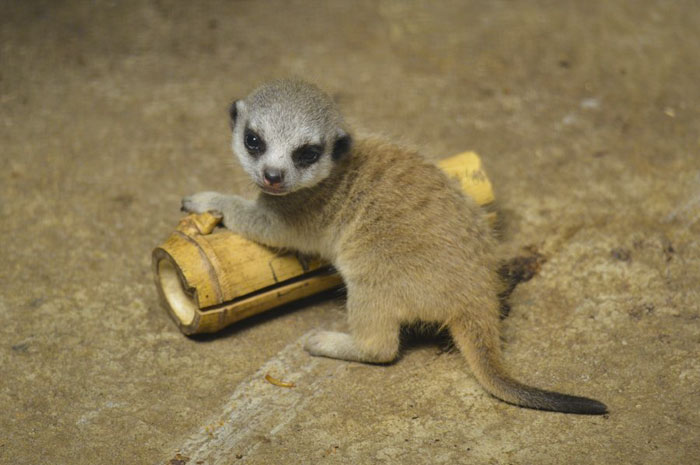 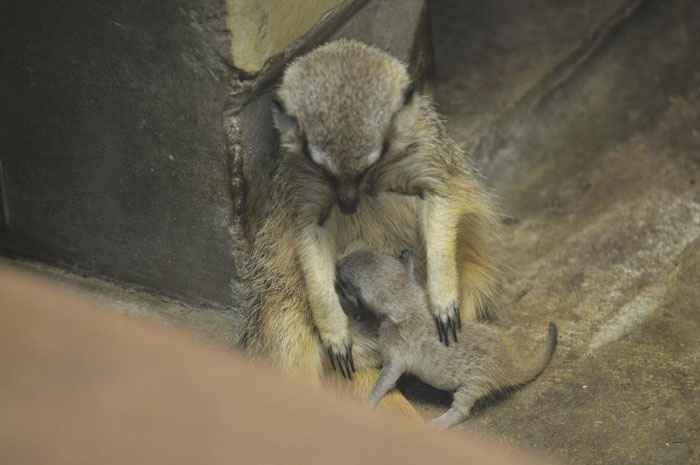 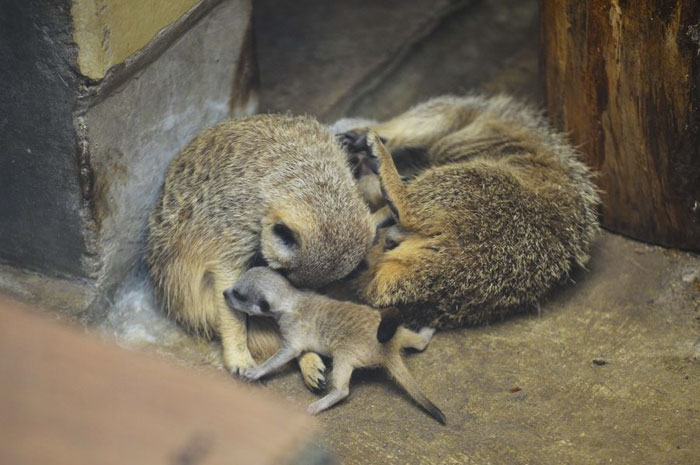 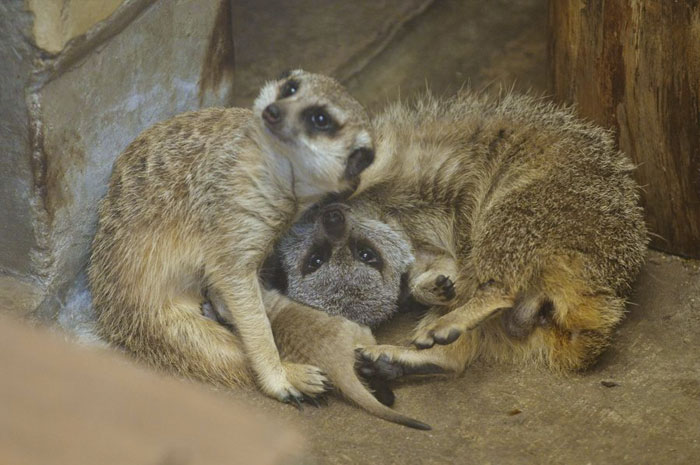 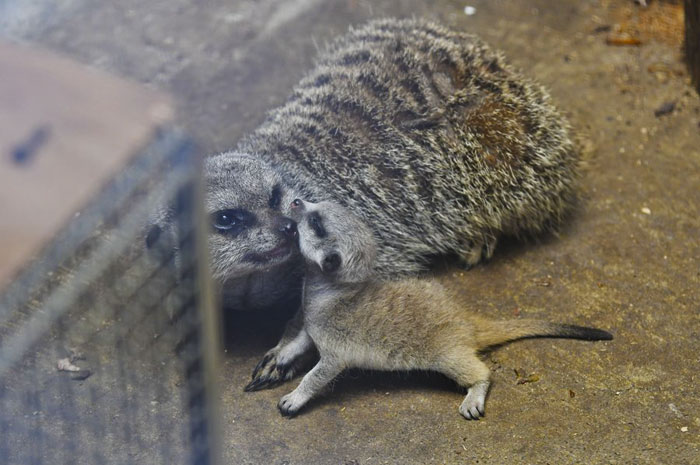 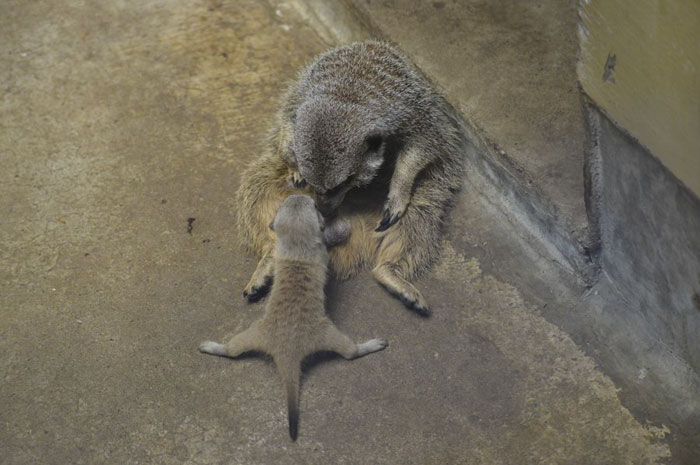 Meerkats in captivity, just like the meerkat family in Inokashira Park Zoo, can actually live longer than those living in the wild. This is because they live in a secure place wherein they are not threatened by any predators or rival mobs. Plus, they are provided with all the food they need without the need to hunt. You can see the shy baby meerkat up close and personal if you visit the zoo. But you’re likely to see that it isn’t shy anymore as it’s already got used to getting much attention. You can also find other interesting animals such as the Japanese squirrels, Japanese serows, Asiatic elephants, mandarin ducks, Japanese martens, and many more. 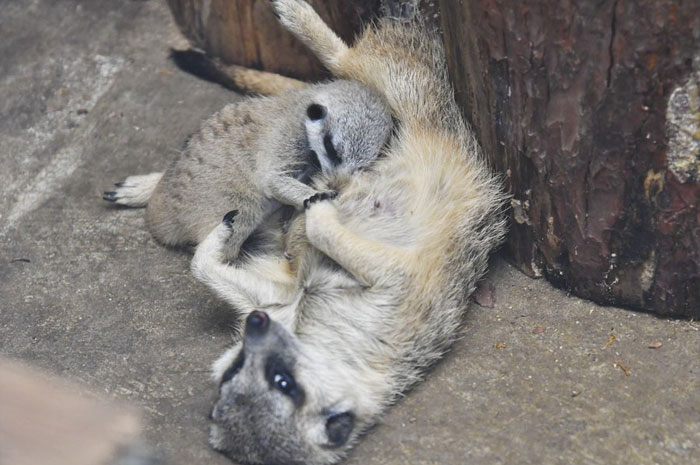 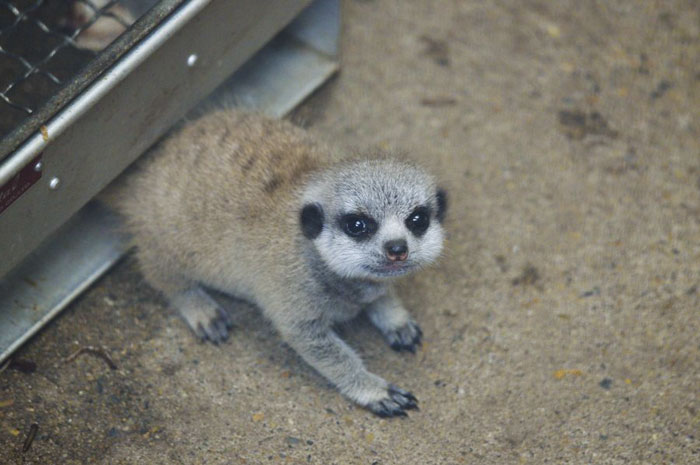 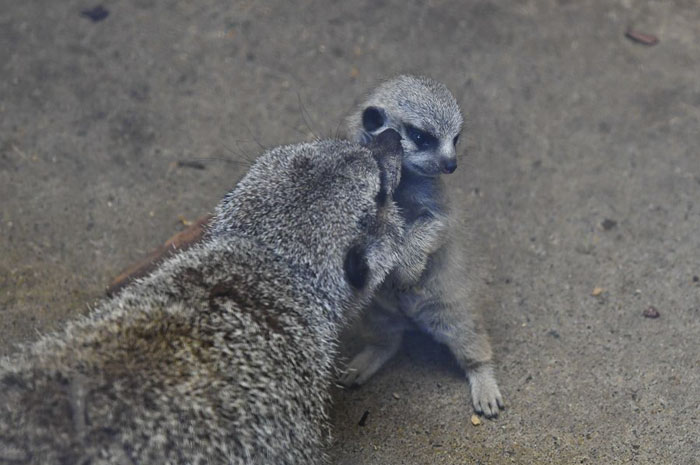 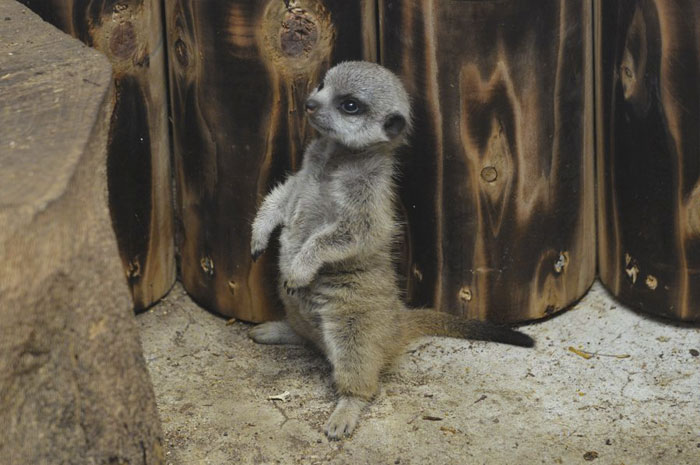 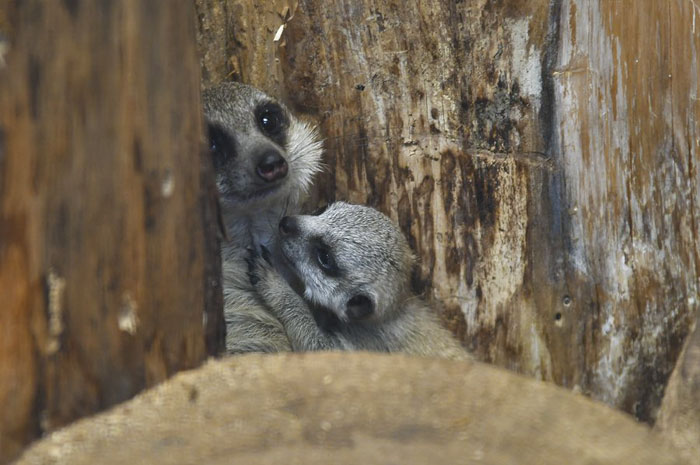 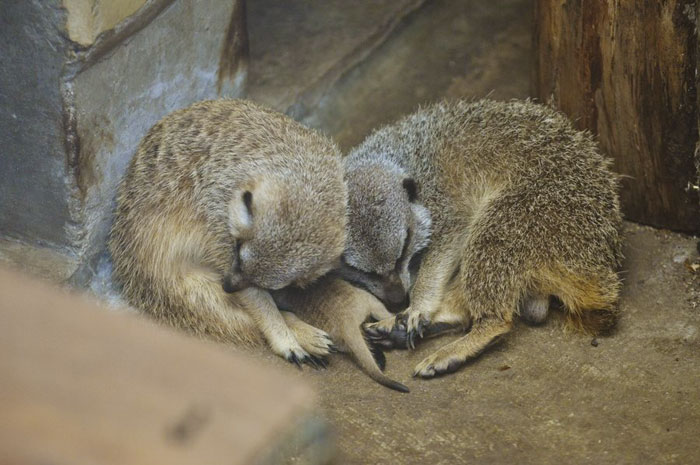