Lena Dunham recently wrote in her memoir about a frightening recurring dream in which she completely forgets about tending to all her pets which are in her closet! Thankfully, in her dream she finds them alive even though they are filthy and not looking so well. Through the 'Dreame Diaries' website, Lena found 6 illustrators to transform her dream into some awesome works of art which you can see below. If you have any stories or dreams you would like to have turned into art then check out the link below for more details.
Website: DreameDiaries

This awesome artwork is based on a dream Lena had and which she wrote about in her memoir 'Not That Kind of Girl'. 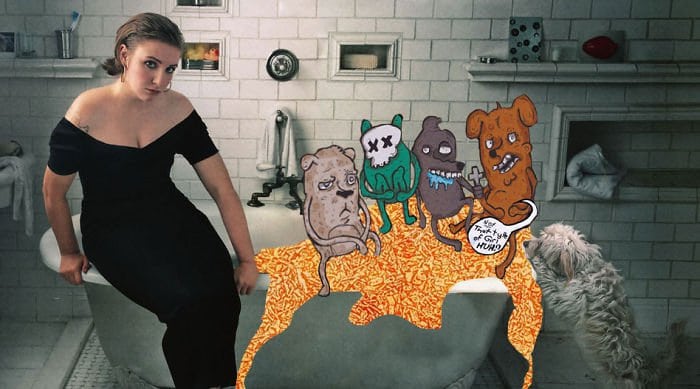 Natasha Kostovskas, from Skopje, Macedonia, created this awesome illustration of Lena's pets stuffed under her bed. 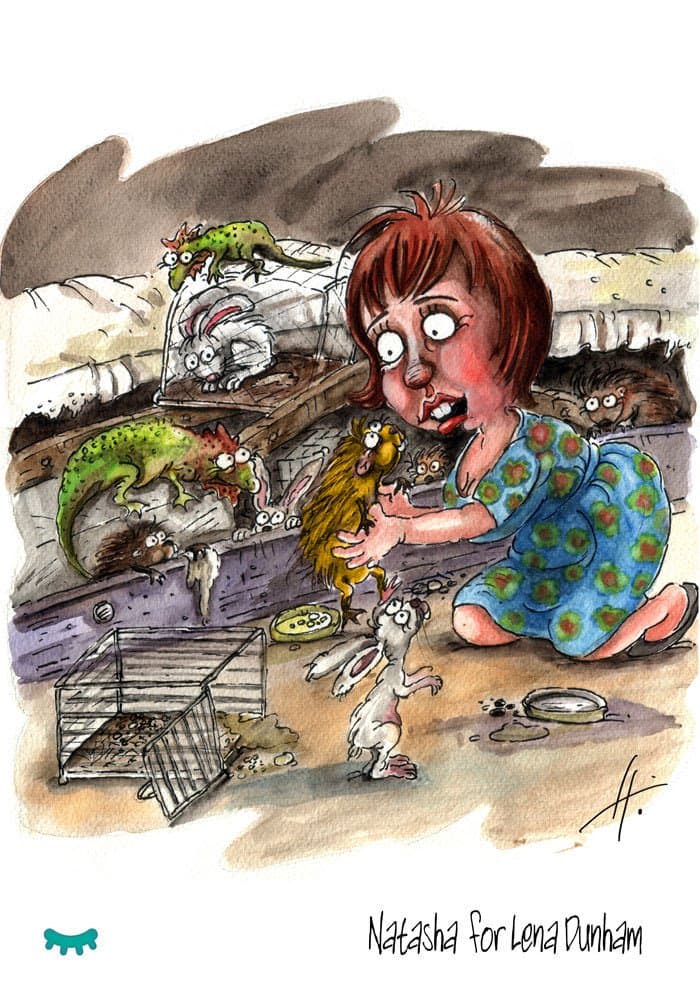 Nathan Gotlib, from Venice, Italy, is the artist who created this illustration of Lena opening the door to see her animals for the first time in ages. 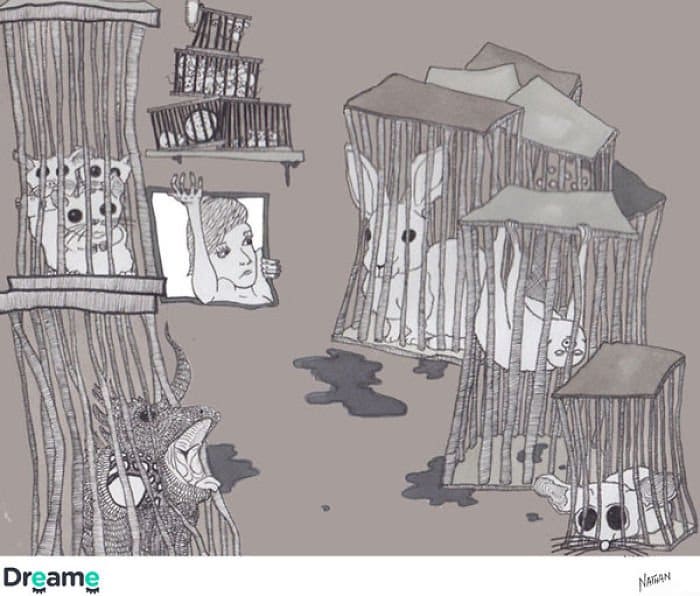 Geneva-based, Sandra Smouha created this awesomely colorful drawing of the point in Lena's dream where she became so busy focusing on herself and on work that she forgot all about the animals. 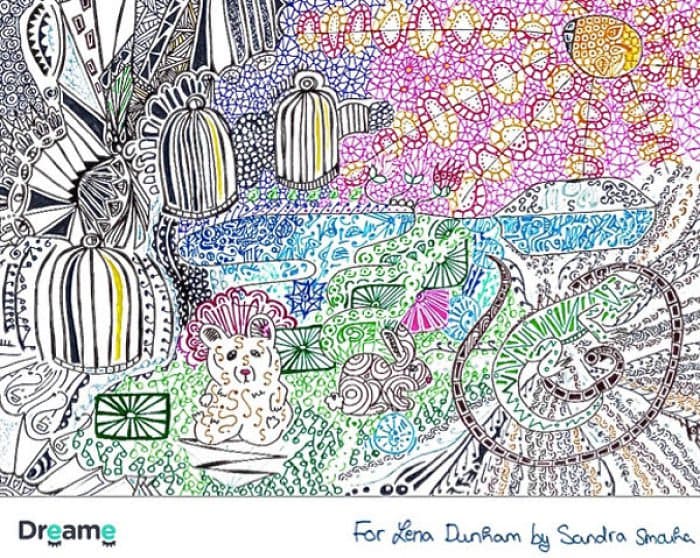 This illustration, created by 'LeetchiSan' from Johannesburg, South Africa, shows the point that Lena remembered her pets were still living in her home and that she had forgotten them for years! 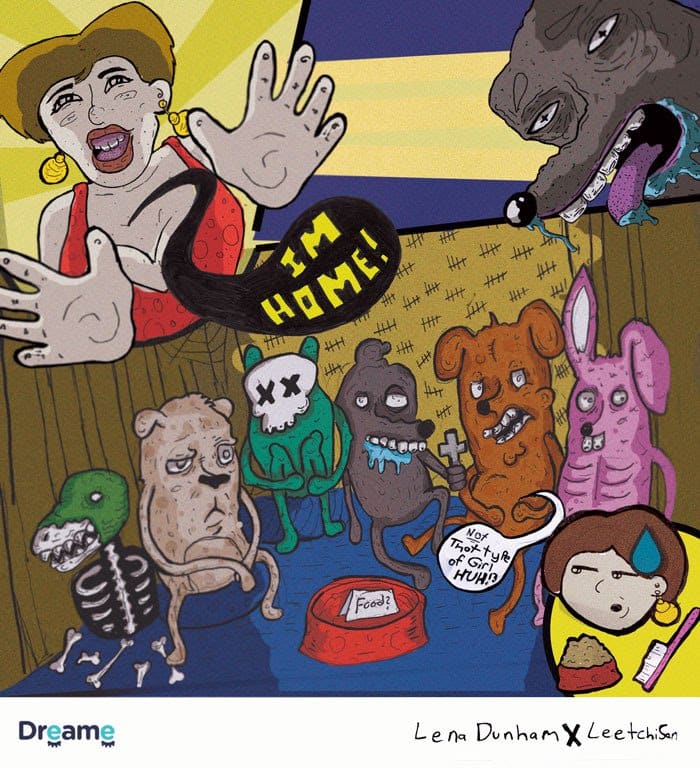 This illustration of Lena finally finding her animals again was beautifully drawn by Natasha Wigoder, from London, UK. 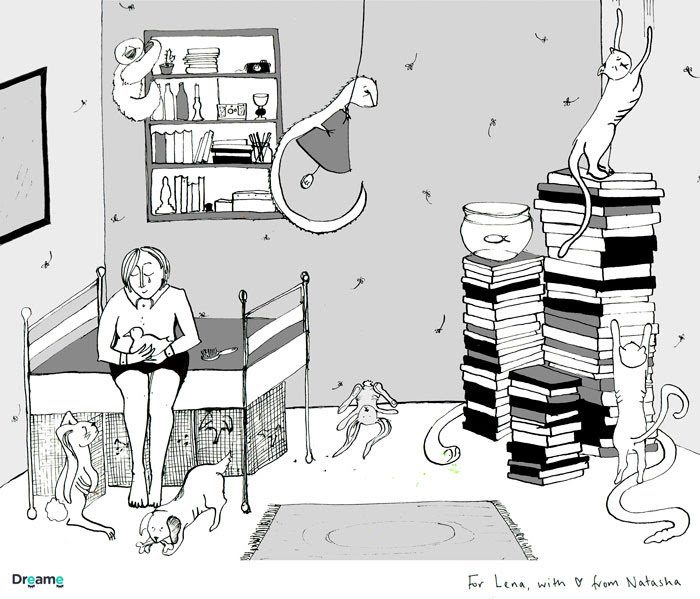 This final illustration is the work of, Turkey-based, Emre Karacan and shows the end of the dream where Lena is apologizing to her pets as she cleans out their cages, refills their water bottles and all is ok again! 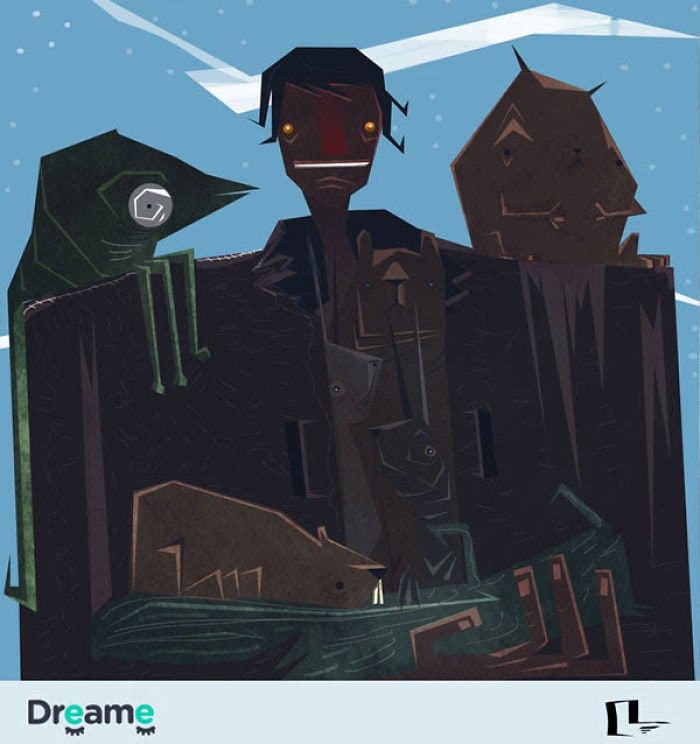