Acts Of Revenge That Will Fill You With Immense Satisfaction

How much you crave revenge depends on what kind of person you are. Some people are really good at taking the high ground and letting things go. But, others can’t think of anything worse than someone getting away with doing something wrong without consequences! Although we all have different opinions, it’s fairly easy to use common sense to gauge whether someone deserved justice being exacted upon them. Here we have some acts of revenge that will fill you with immense satisfaction. Take a look!

Ex’s that damage other people’s property might feel better but ultimately they are risking getting in huge trouble. An option like below is still satisfying without any damage. Not that we are recommending tampering with anyone’s possessions! 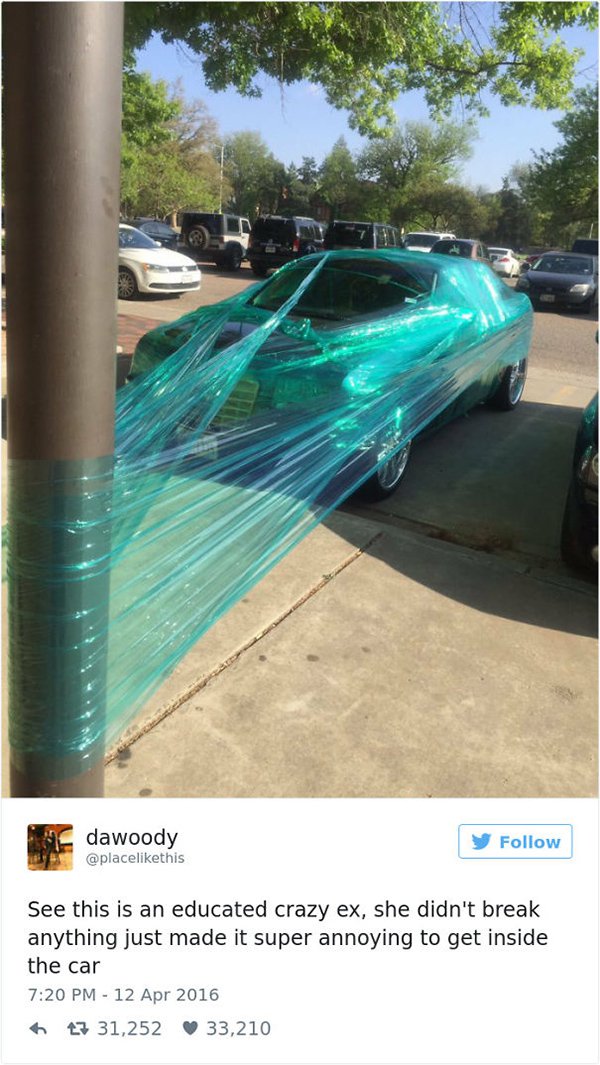 What do people who leave their dogs in their cars deserve? We think the below image is a good start. 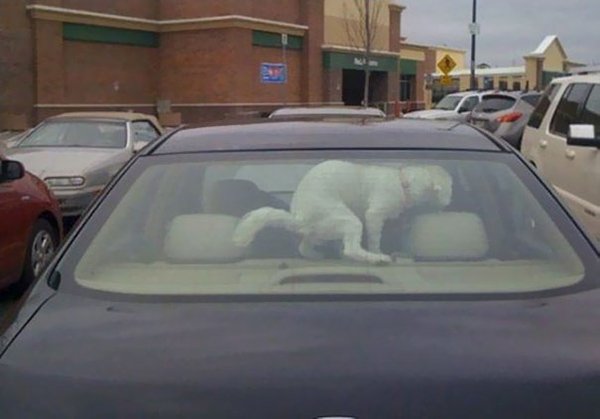 This is well worth the read. We wonder how long the ex wife was unaware for? Update please!

Some people are just so rude. Pay for your own damn subscription! This person played things well.

We can just imagine the facial expression of the culprit as they read this note! 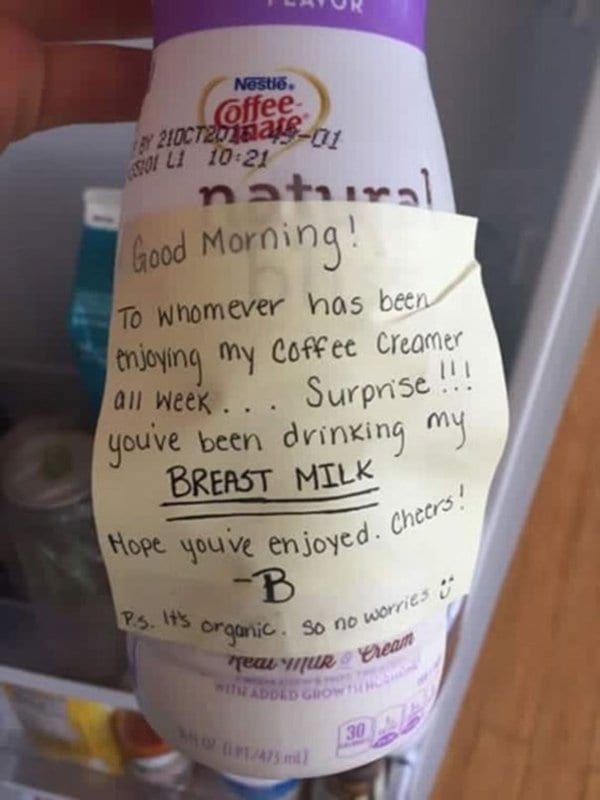 This was the aftermath of a wife being called a ‘sandwich maker’. Come on, if someone is nice enough to make you sandwiches, you should know not to offend them!

We have to say, we really do admire the creativity and dedication some of the people in these photos have shown. Admittedly, some of these acts of revenge have taken a somewhat long term commitment but it looks like the satisfaction made it worthwhile! Don’t get us wrong though, we still have a huge appreciation for the short and sweet examples!

People who have no consideration of others when it comes to parking deserve this to happen to them. 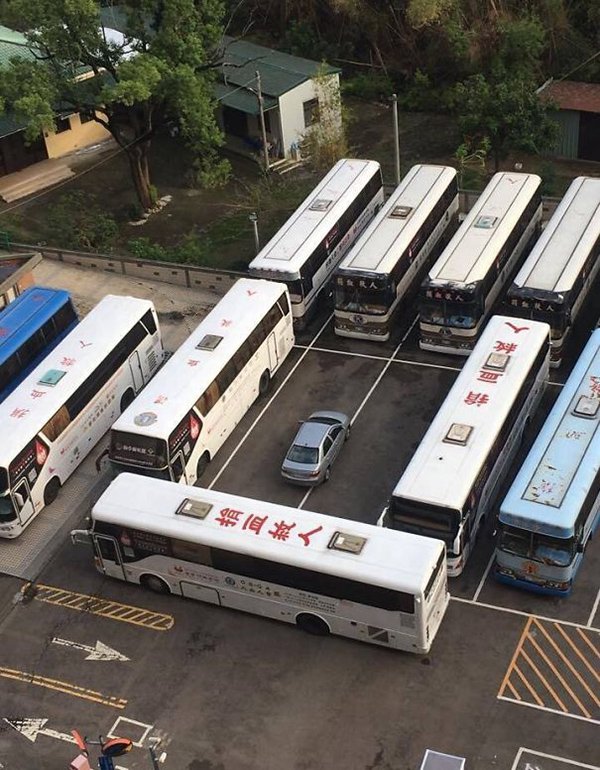 Some people really do have no shame. Why be in a serious relationship if you want to act single?

The two betrayers in this tale definitely got the burn they deserved. 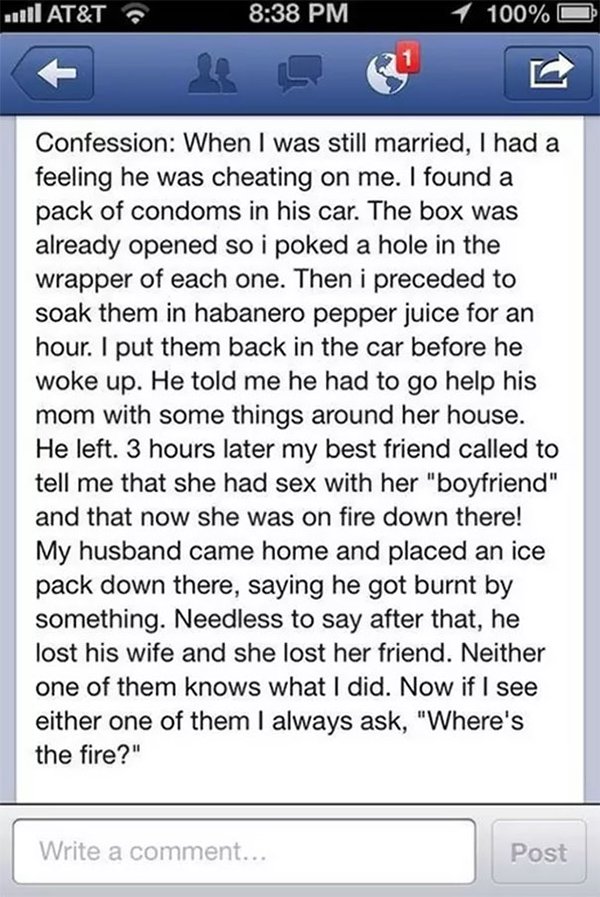 We think the second prank may have been the better one. On a side note, this is a great way to make your partner become paranoid! 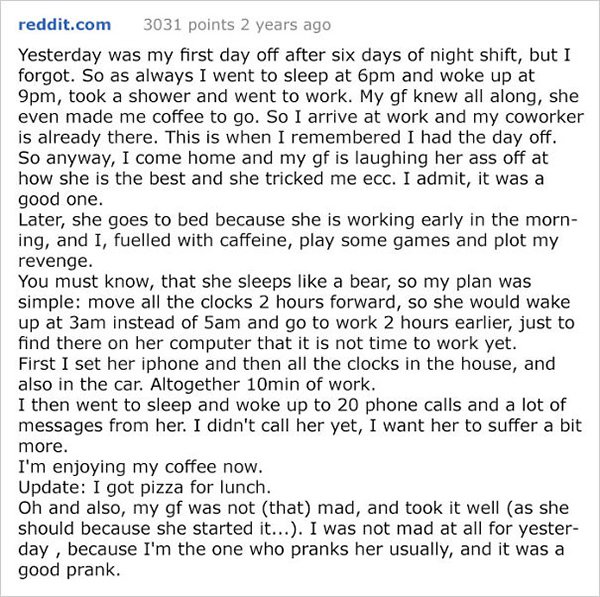 How to handle a scammer! This is genius!

People that dump their rubbish like this and get caught should have to pay huge fines. We’re glad that the dumper got a small piece of justice thrown their way, at least. 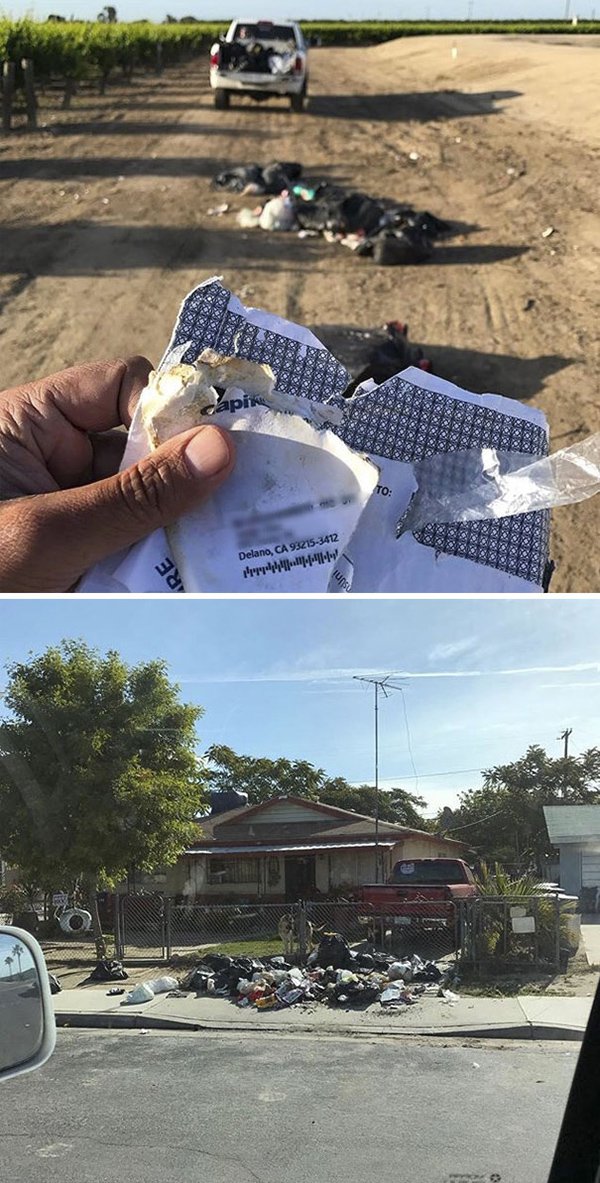 Whilst we don’t disagree that the generic ‘whatever’ answer can be annoying, an empty box given to a hungry person will not end well!

If you’re the vengeful type, there’s some really good examples here on how to take action and administer some stone cold revenge. Hopefully the culprits in these images learnt their lessons! Sometimes people need a simple reminder to be a courteous human being!

People that cause inconveniences like this should get the same thrown back at them but even worse! 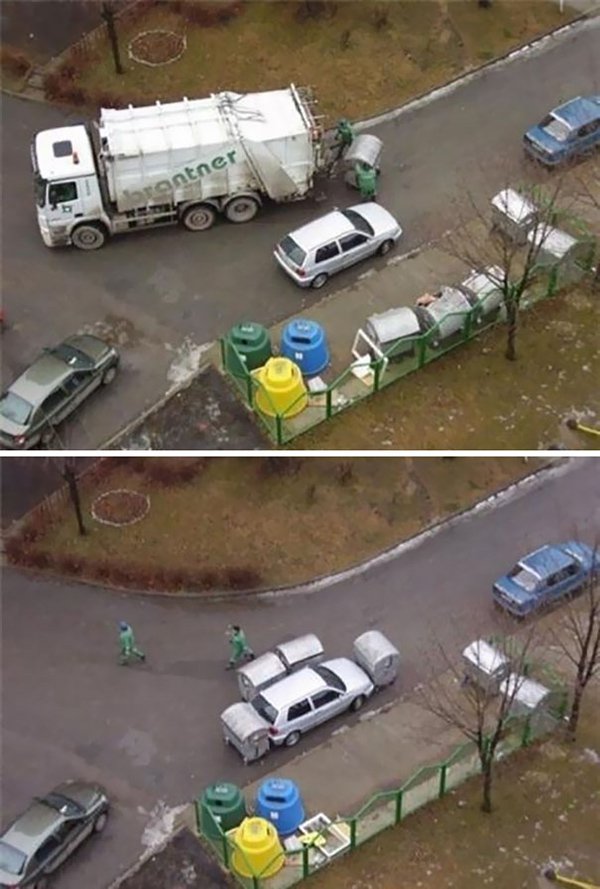 We salute this woman. How outrageous of her family to behave like this! 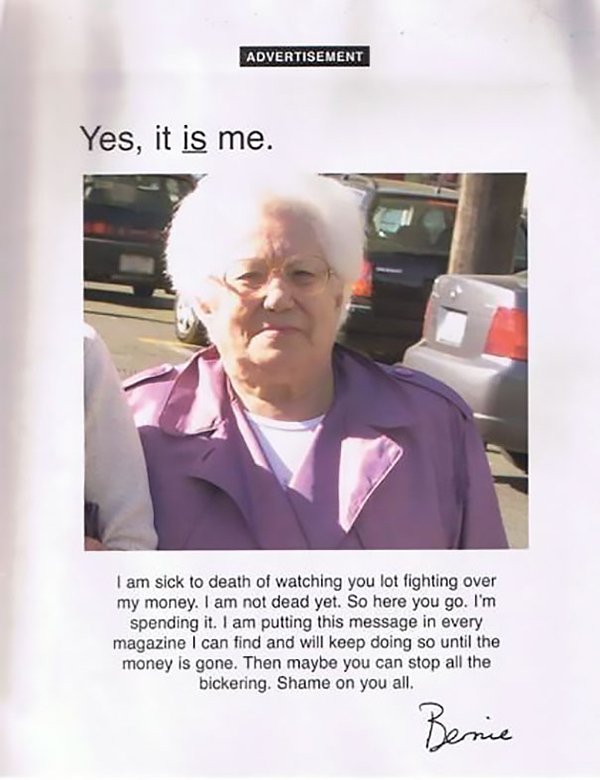 This employee did everything right. The difficult, pain in the backside customer got what she deserved!

‘Was it revenge for the braids’? If only we knew!

Slating someone for being intelligent doesn’t often end well… 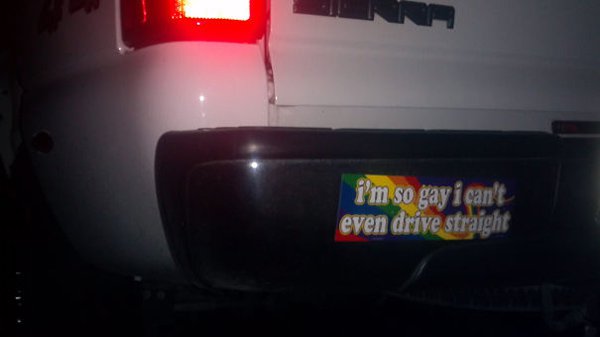 You should always treat your employees fairly and with respect. You never know how much treating them badly could cost you down the line! 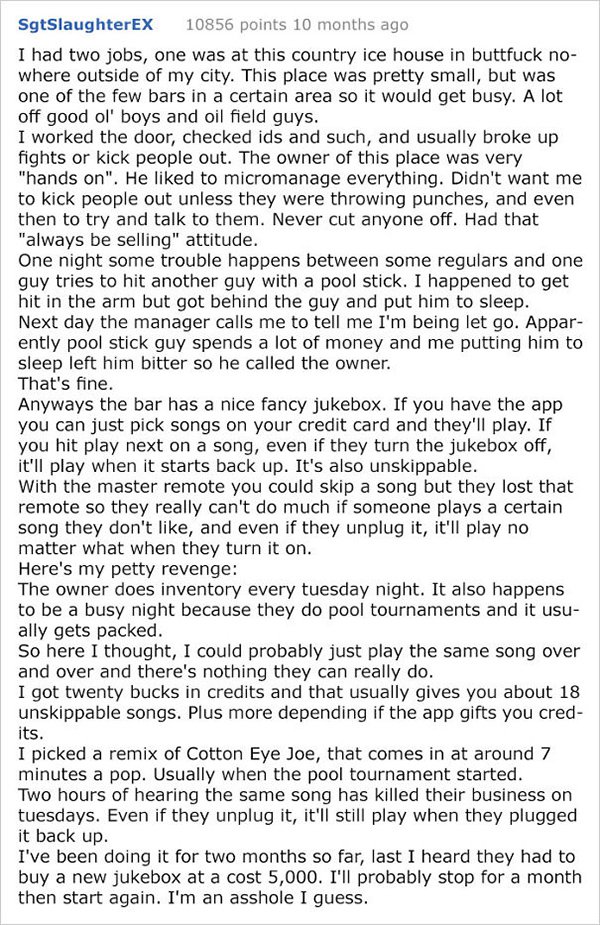 Always remember if you are getting your revenge on someone to protect yourself. There’s no point punishing someone else if you’re only going to get yourself in worse trouble. You have to be rational, smart and cautious as to what route to take. It can be hard to bear these things in mind when you are angry but slow and steady often wins the race!

Polo may have needed some water to cool off that burn… 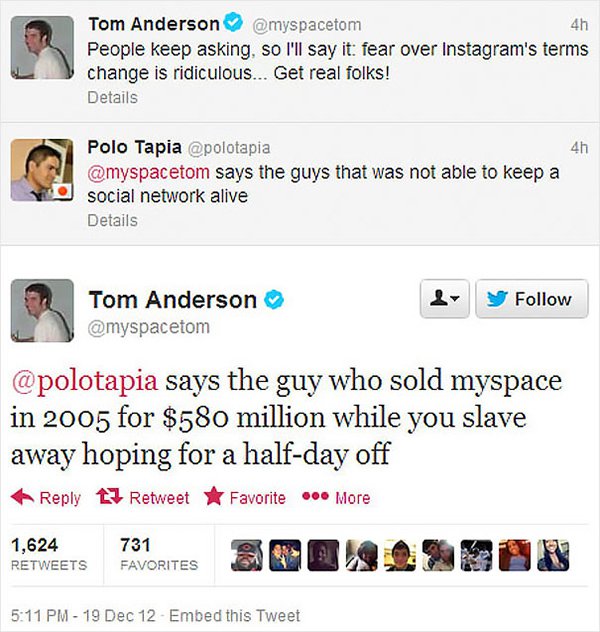 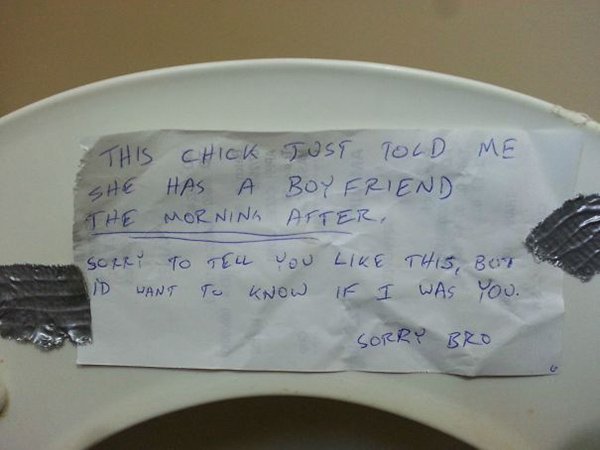 How people behave like this is beyond us. People need to wait their turn and not be so rude and selfish! 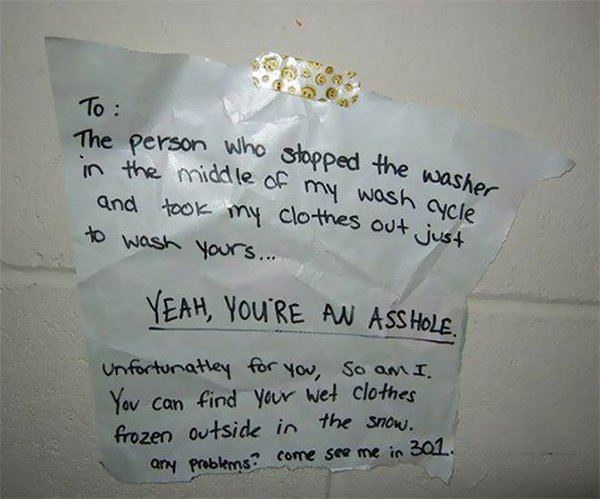 This person thought outside of the box…

A guy kicked a stray dog that was lying in his parking space. So, the dog gathered some buddies and came back to the guy’s car and started to attack it. Good for the dogs we say! 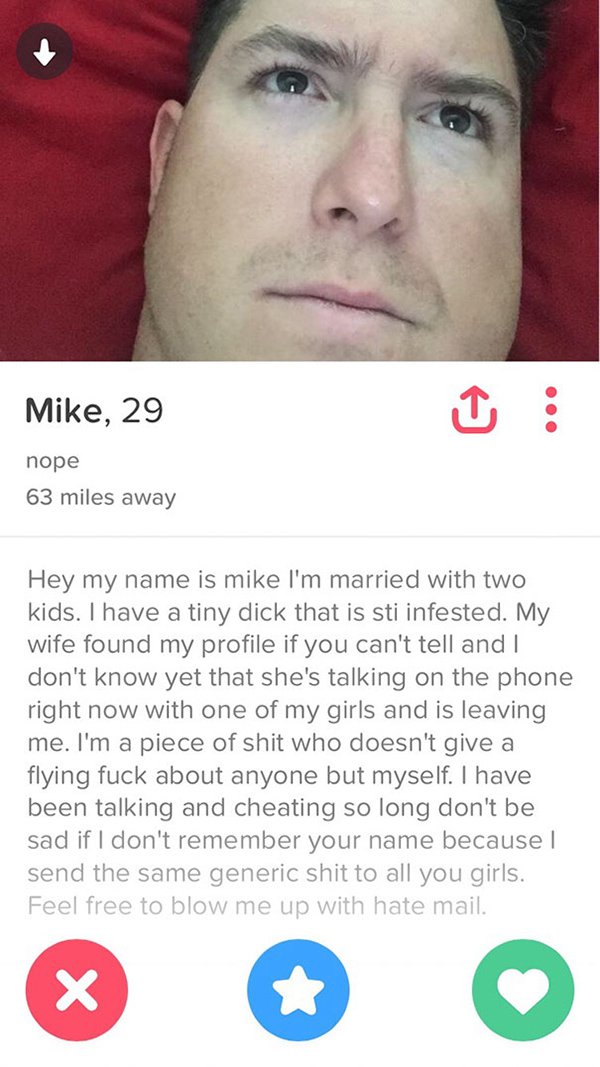 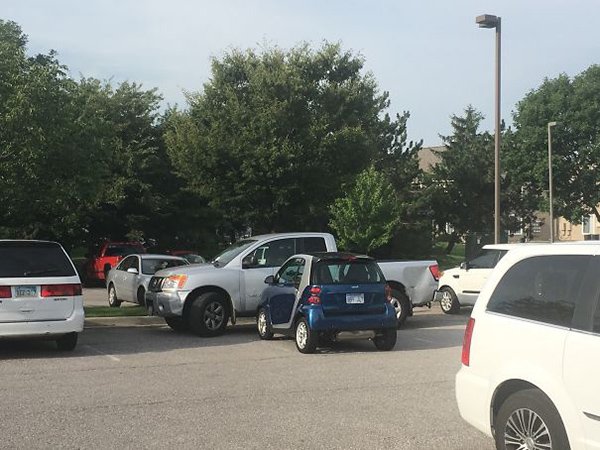