For days after her three kittens died, Mikey the cat was devastated. They had been born prematurely and were too weak to live, yet even after they had been taken away, the cat continued to pine for them and look for them everywhere. So when their owner, after making some enquiries, found out a local shelter, Dori's Darlings in Houston, Texas, had three kittens up for adoption, she decided to see whether Mikey would accept some new children into her life. The cat and kittens bonded instantly, with Mikey immediately beginning to clean them and within 15 minutes, allowing them to breast feed. The fact Mikey's new family was adopted from a shelter is fitting, as the adult cat herself was adopted from a shelter. Her owners thought she was a boy until they took her to the vet one day and found out she was pregnant! Read on for more of this heartwarming story…

Mikey the cat, aged just 8 months herself, lost her three kittens after they were born prematurely. 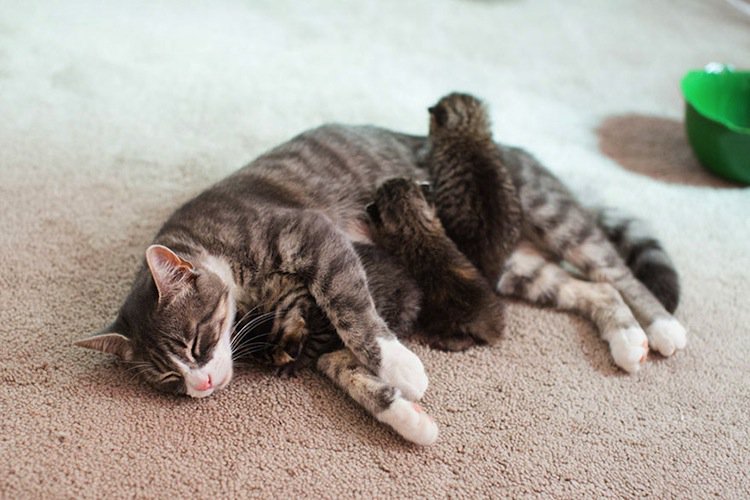 When her kittens died, Mikey constantly roamed the house looking for them, and her breasts were full of milk. 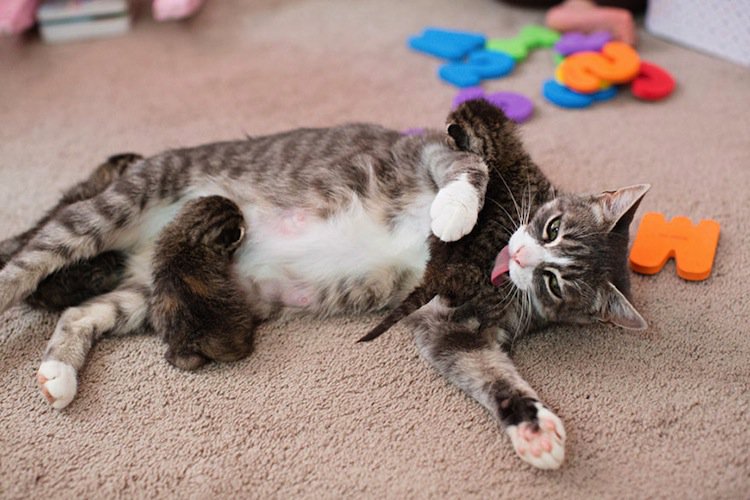 Her owner decided something had to be done. Aftter making some enquiries, she found a local shelter with three small kittens up for adoption. 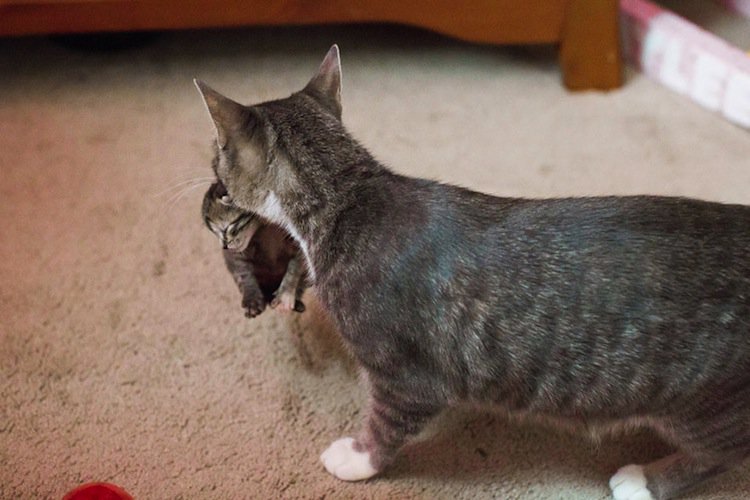 She hoped becoming an adoptive mommy would help Mikey deal with her loss. 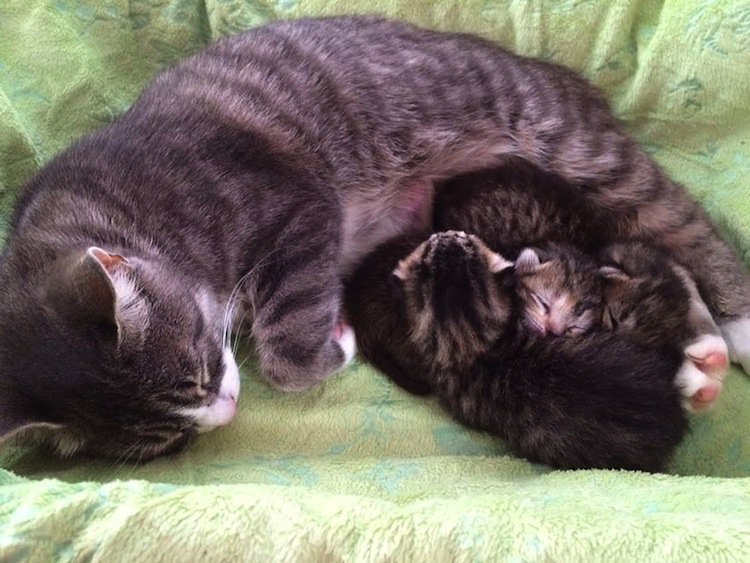 "I have some babies for you, so you can be a mommy again," foster mum Amanda Lowe told Mikey. Within 15 minutes Mikey was breastfeeding her new babies, and they were acting like a real family. 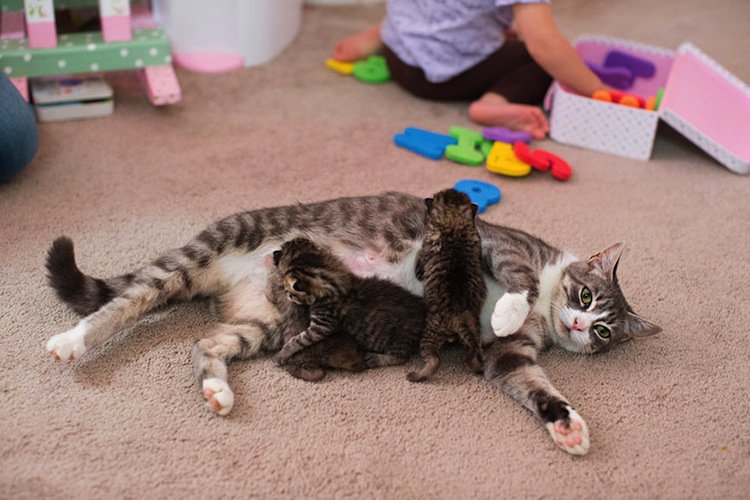