Could you, for one moment, think back to the early days of your childhood? You could imagine yourself playing in playgrounds with friends. You were all having fun — either on the swings or the seesaw. But, you probably would never imagine seeing a seesaw in the US Mexican border, wouldn’t you? Now check this out.

As if it was a fairytale, you could now see pink seesaws in the U.S. border wall with Mexico. Yep, and they’re right in the middle! It immediately became a hit! Not just with children, but also with adults! And, they’re all flocking to enjoy at least one seesaw, nevermind the metal border that was supposed to separate them. 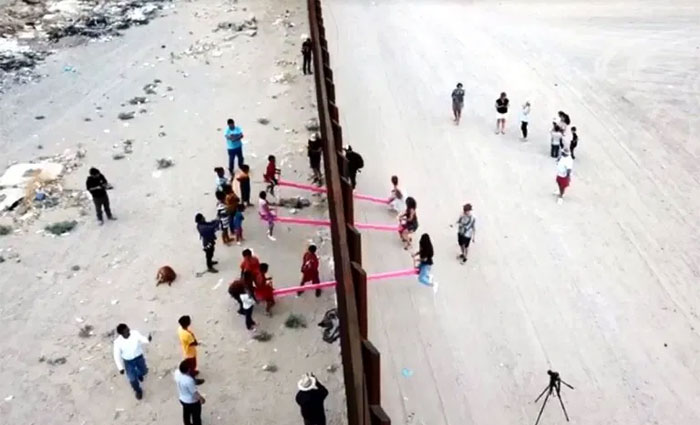 Each seesaw you see here has been installed due to the brilliant idea of two professors. Ronald Rael, who is an architecture professor at the University of California, Berkeley, together with Virginia San Fratello, who is an associate professor of design from San Jose State University, did the project together. They installed the seesaws across the US Mexican border, which is between El Paso, Texas, and Ciudad Juarez, Mexico. 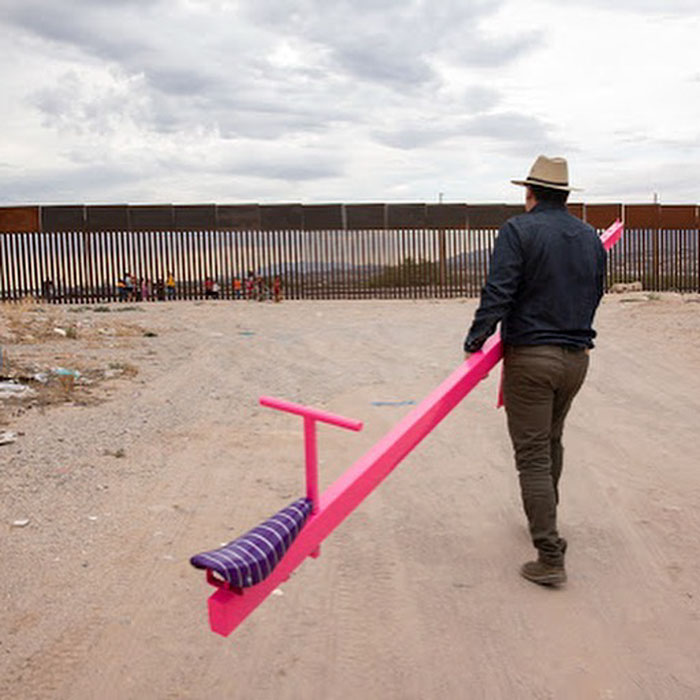 Two professors teamed up to put up each seesaw in the US Mexican border that you now see. 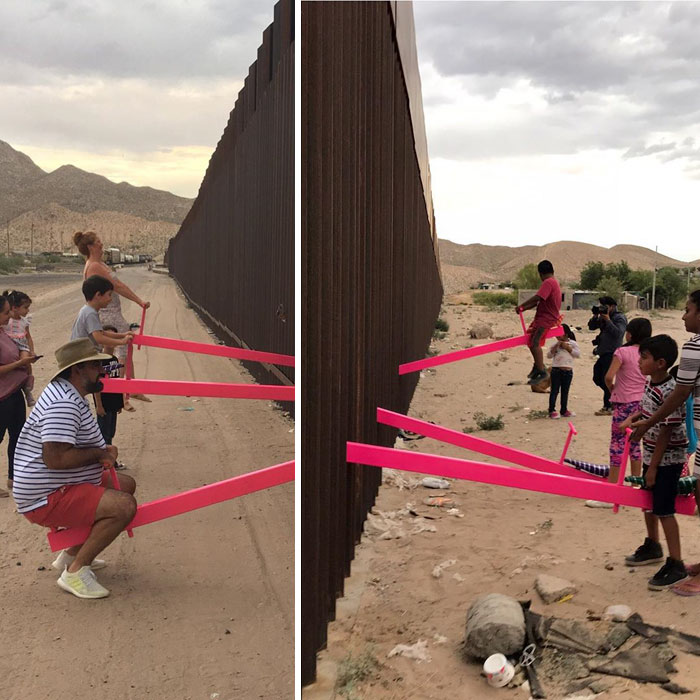 Rael shared on Instagram some photos and videos of the seesaws that children and adults were playing with. What we’ve really appreciated is that people truly loved each seesaw at the US Mexican border. Rael’s post immediately went viral, collecting over 32,700 and 870 comments — and we’re still counting.

Rael, talking about how each pink seesaw was inspired by a project they had 10 years ago, writes on Instagram:

“One of the most incredible experiences of my and @vasfsf’s career bringing to life the conceptual drawings of the Teetertotter Wall from 2009 in an event filled with joy, excitement, and togetherness at the border wall.” 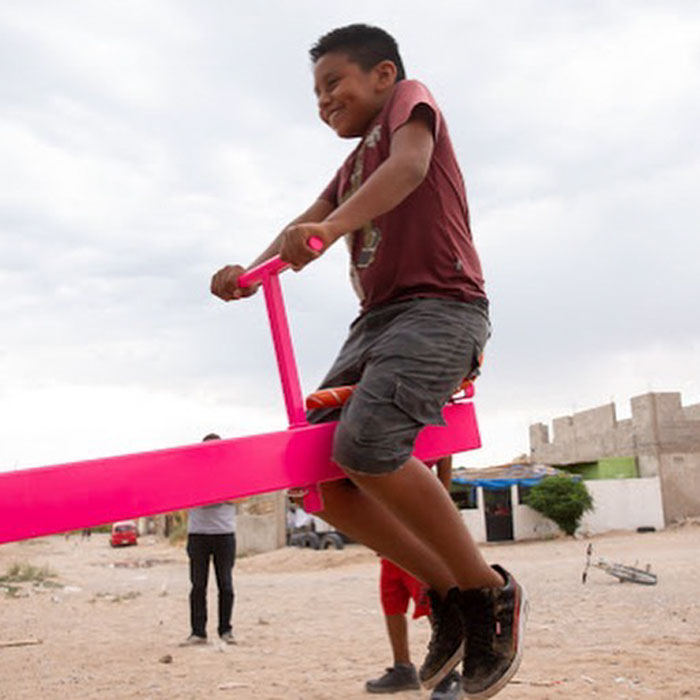 “The wall became a literal fulcrum for U.S. — Mexico relations and children and adults were connected in meaningful ways on both sides with the recognition that the actions that take place on one side have a direct consequence on the other side.” 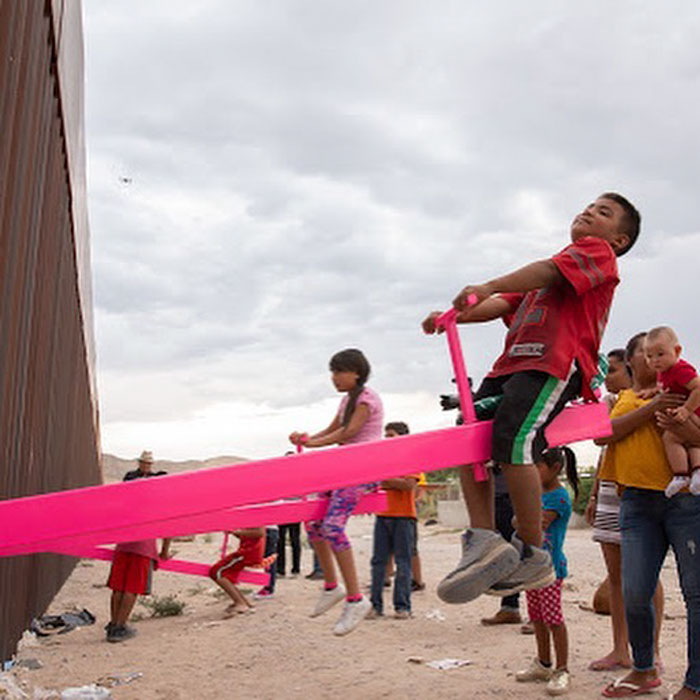 People mostly know and criticize the current president, Donald Trump because of his aim of building a wall between the two countries, the United States and Mexico. The Guardian says that the Supreme Court of the United States has recently ruled Trump’s favor. So, they let him utilize USD 2.5 billion of Pentagon funds on four contracts. And, for what purpose? To replace with fencing those barriers that exist between the two. 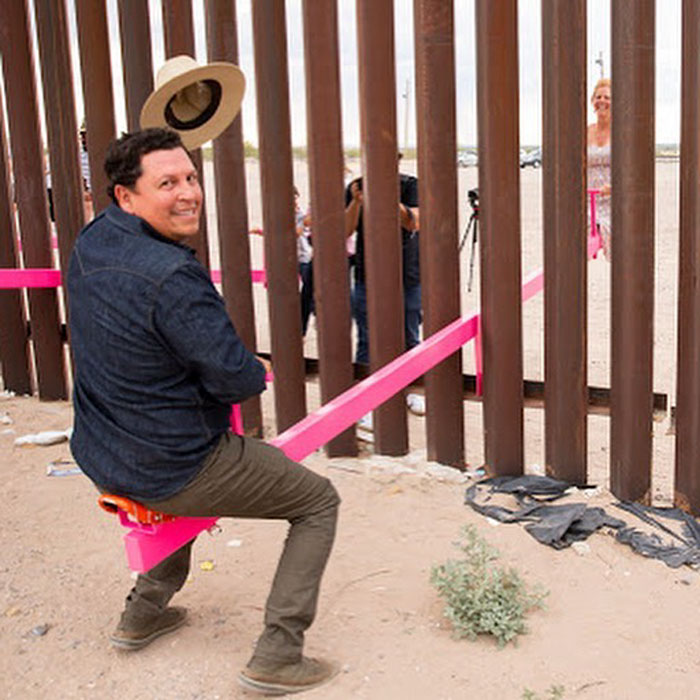 Meanwhile, Trump wasn’t the very first American president to initiate such wall building. Other heads of the U.S., namely, George H. Bush, George W. Bush, and Bill Clinton have all given command about such projects, expanding the border wall. 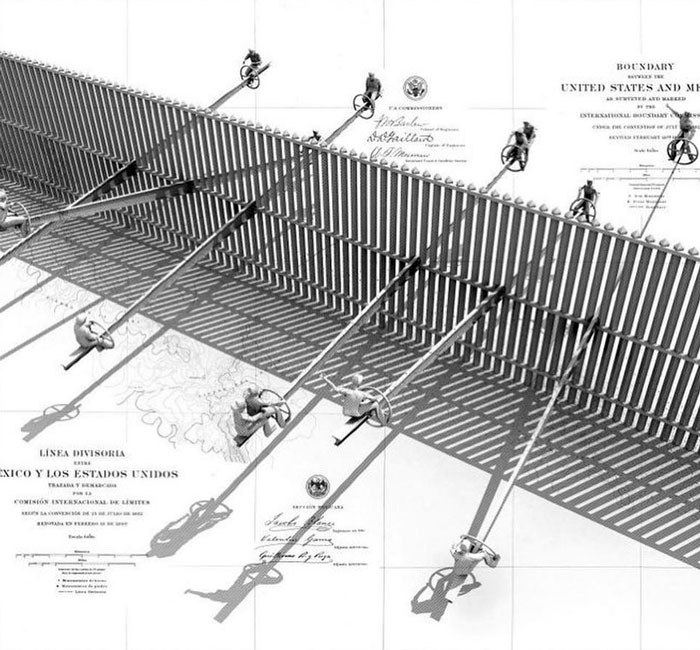