In the Ukraine, Sasha Shapik is a famous artist, blogger and TV star. He started his career in the early 2000's pioneering 'Jackass-style' stunts in his home country and is now a well known celebrity there. For his latest stunt, which was recorded on video, he jumped from the top of a moving train, off an 80 foot bridge and into the water below. His parents, wife and child all support him in his dangerous endeavors. Is his stunt awesome or just plain stupid? Take a look and let us know what you think!
Website: facebook 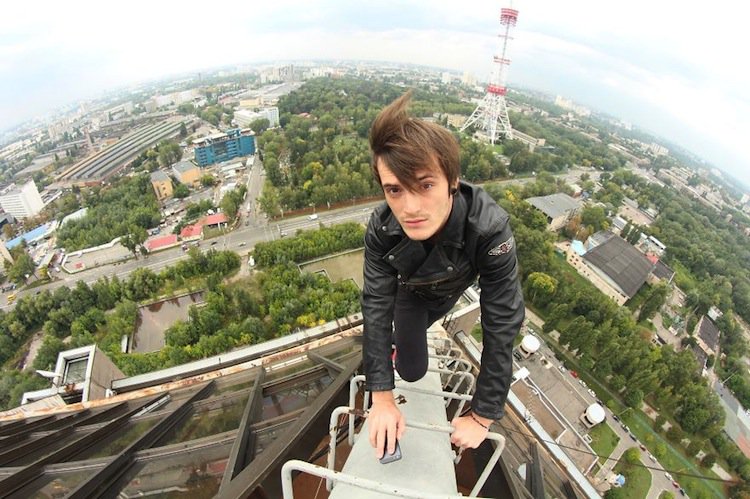 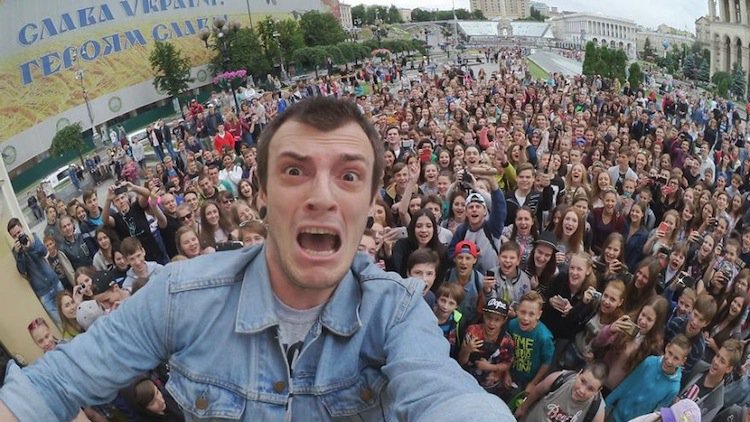 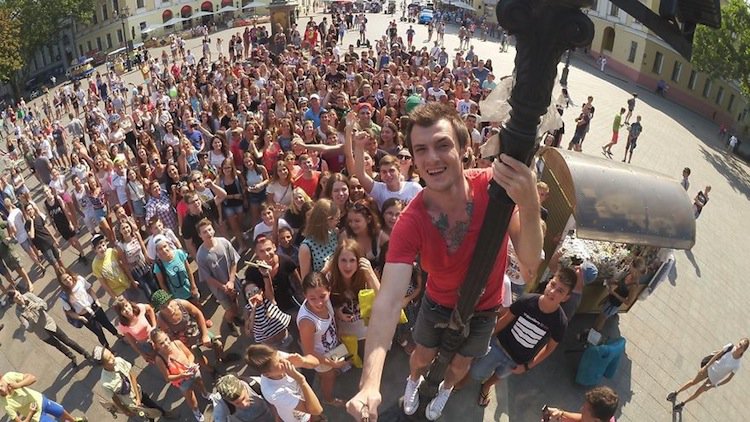 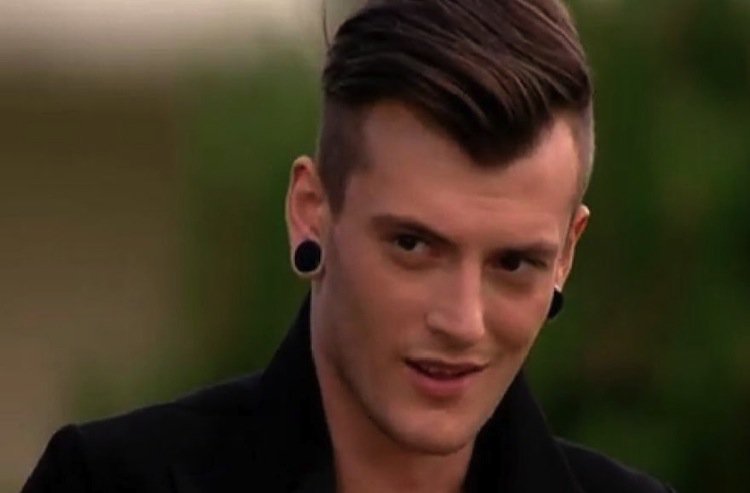