Murad Osmann loves to follow his beautiful girlfriend Nataly Zakharova to the very corners of the earth. The Russian photographer has been snapping gorgeous photographs of his missus, as she tugs him along after her, since 2011. The series is called Follow Me To and it began in Barcelona, while the couple were vacationing. Nataly was annoyed at Murad because he kept stopping to take pictures, so she grabbed his hand to hurry him up. He snapped a cool picture of the scene and the rest, as they say, is history. Check out the some of Murad's exquisite work below…

The 1600 pandas exhibition in Hong Kong. 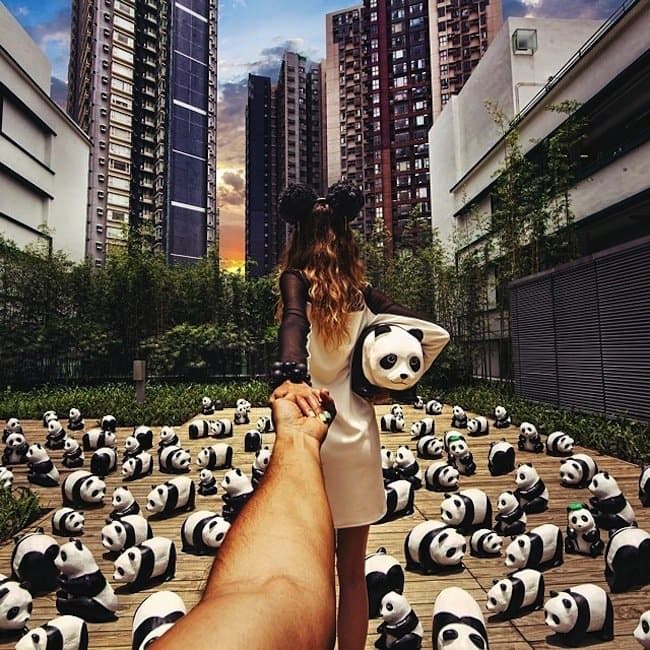 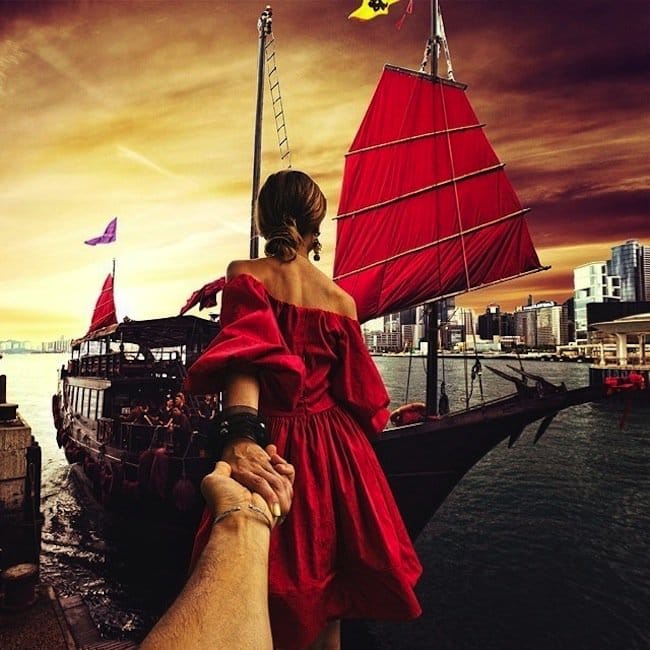 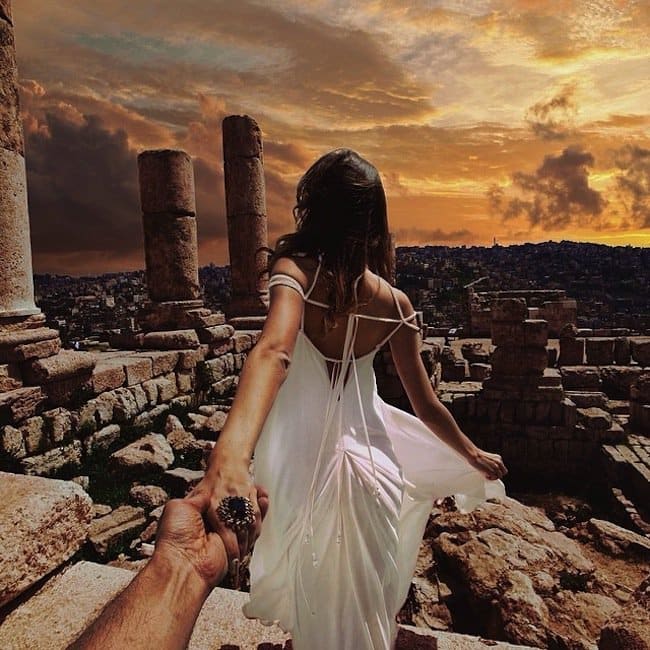 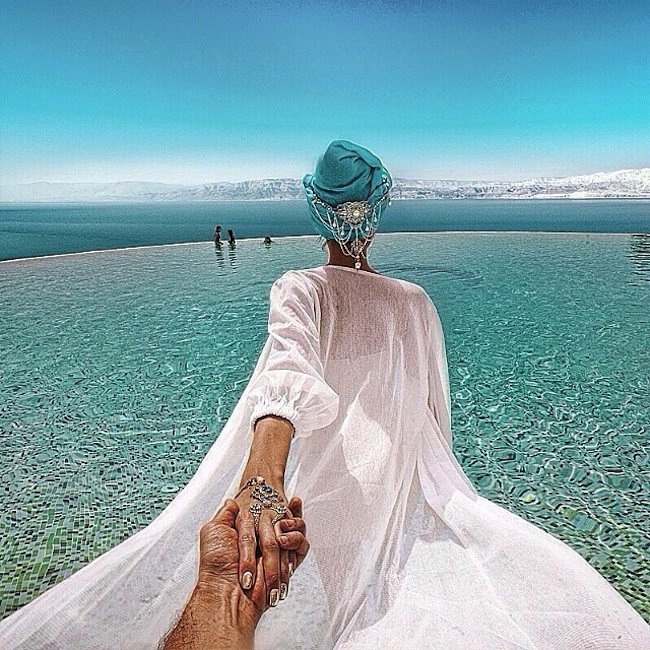 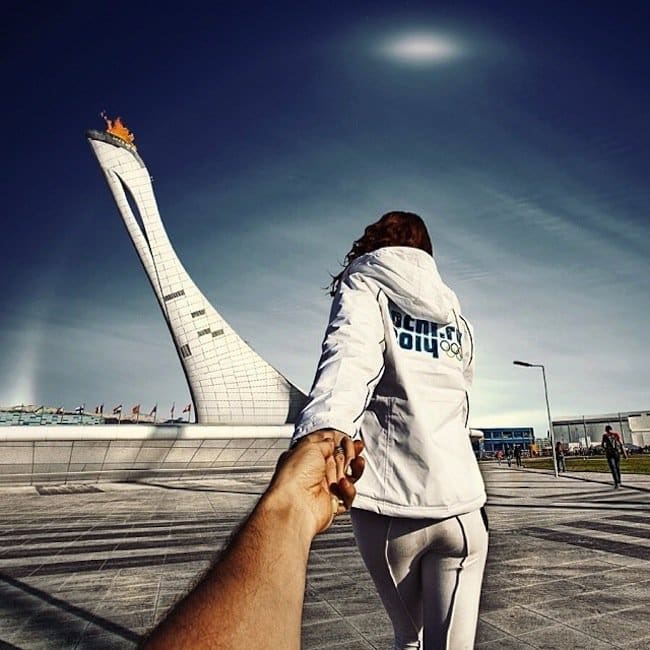 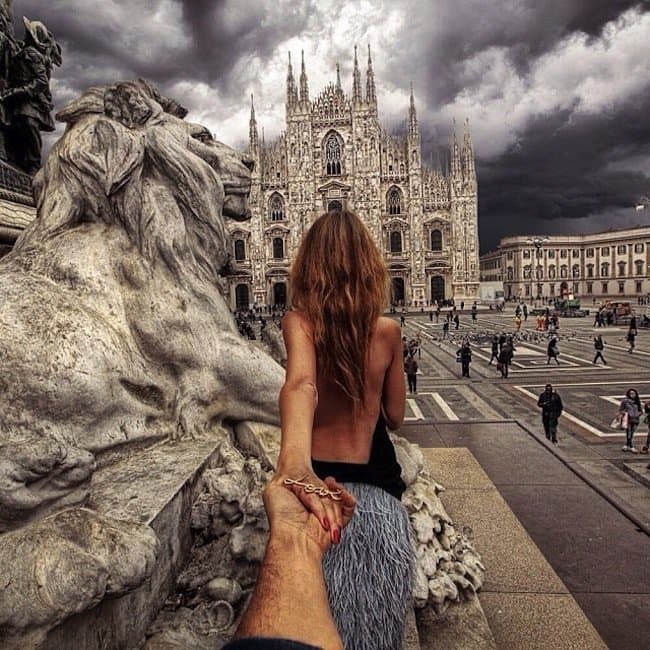 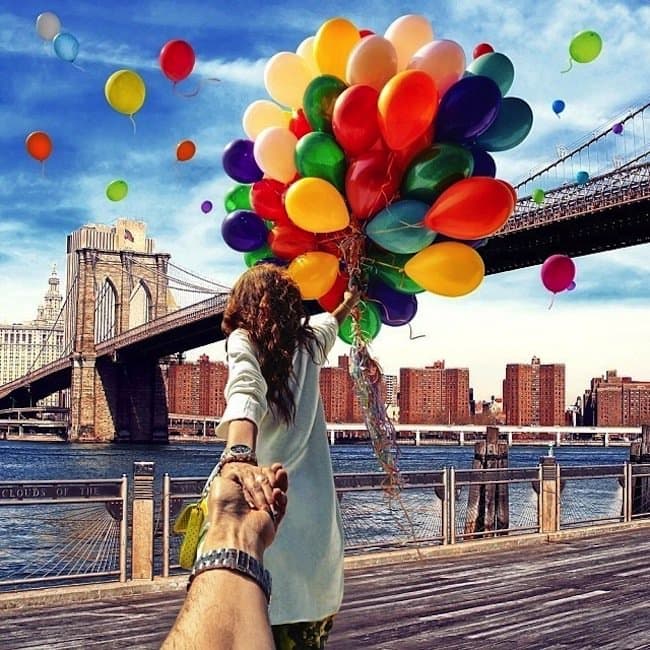 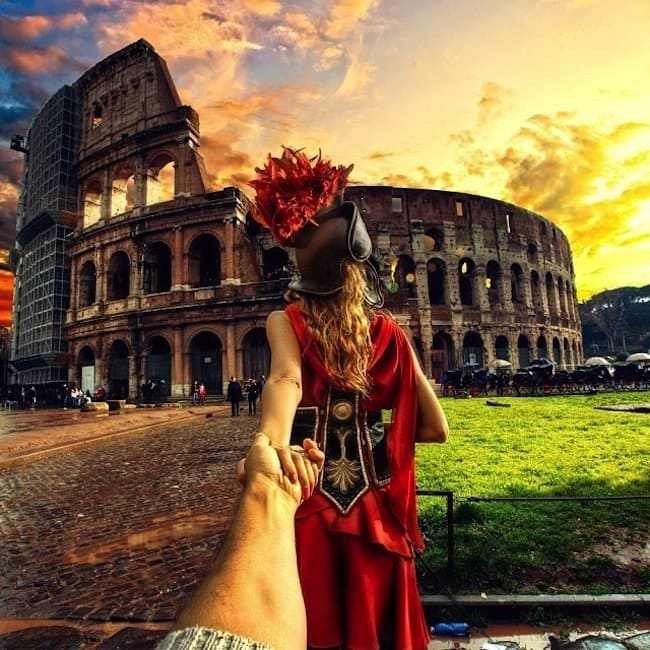 The Santa Maria in Aracoeli Basilica. 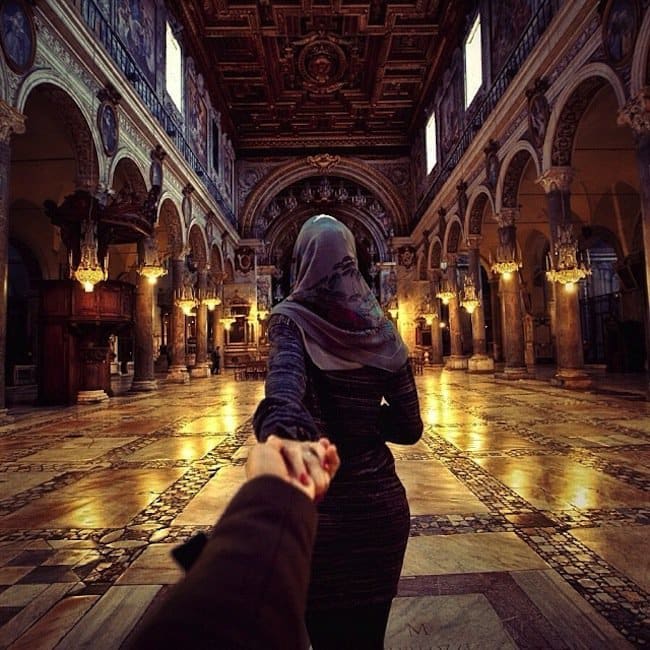 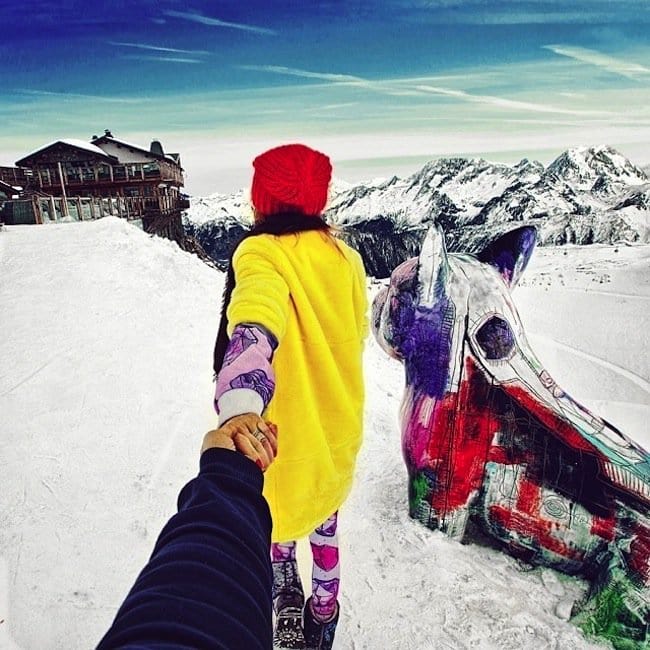 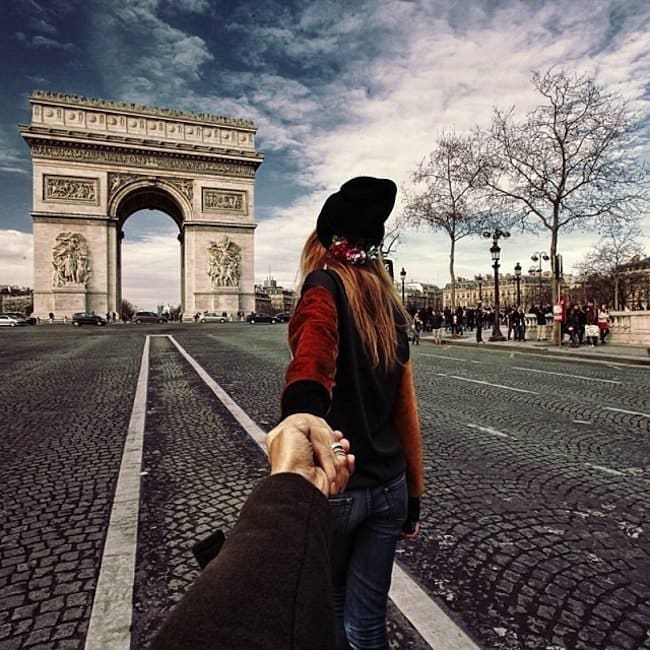 The Statue of Liberty, New York. 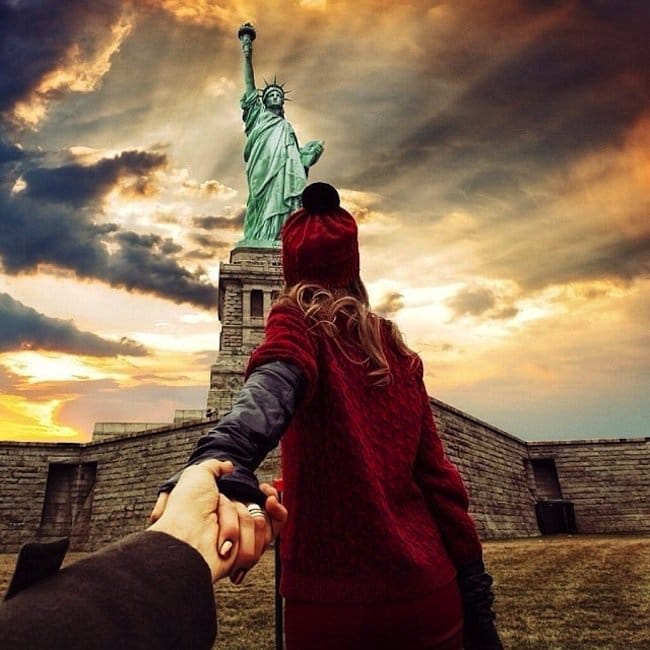 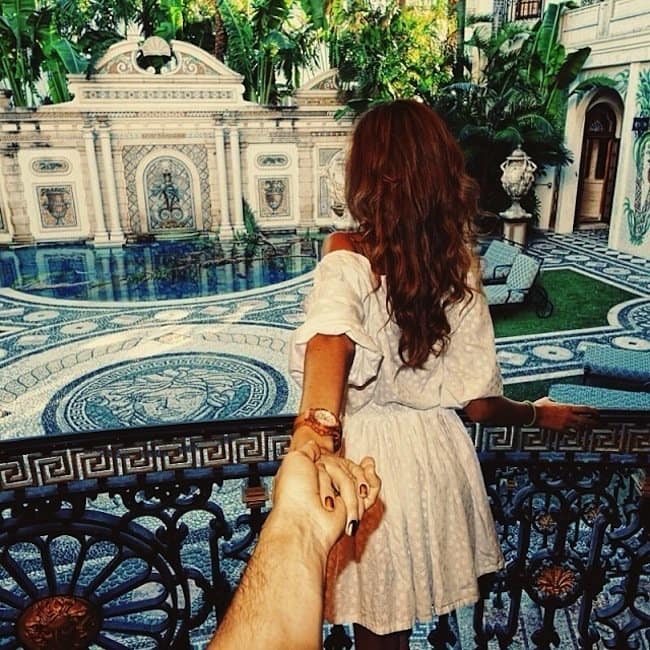 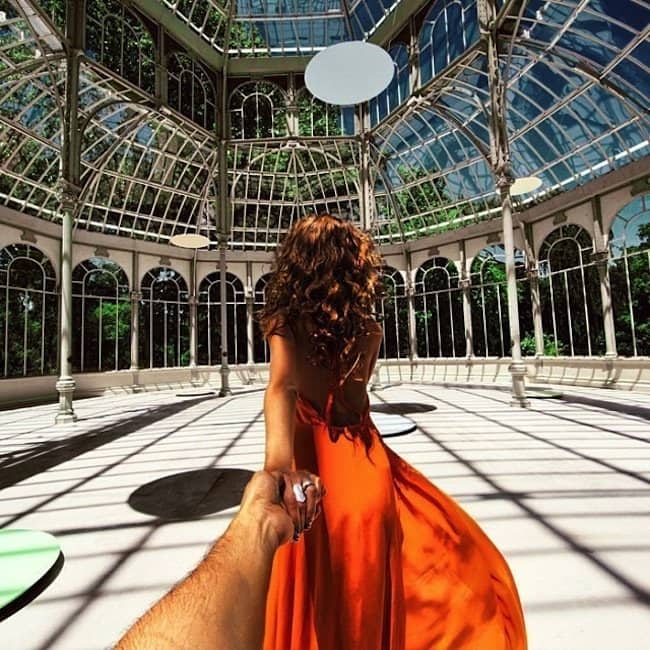 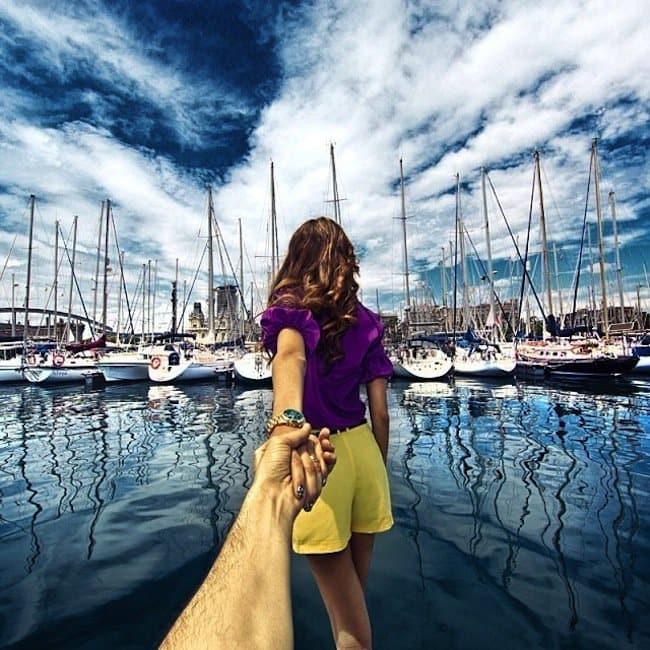 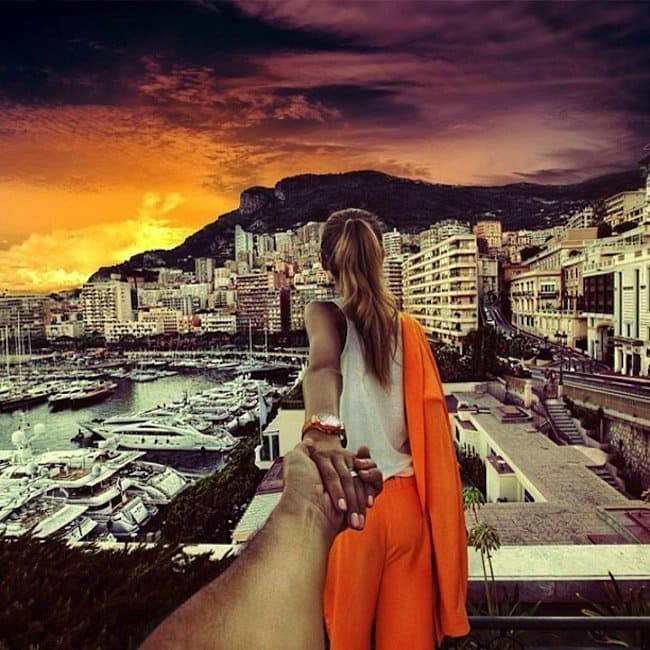 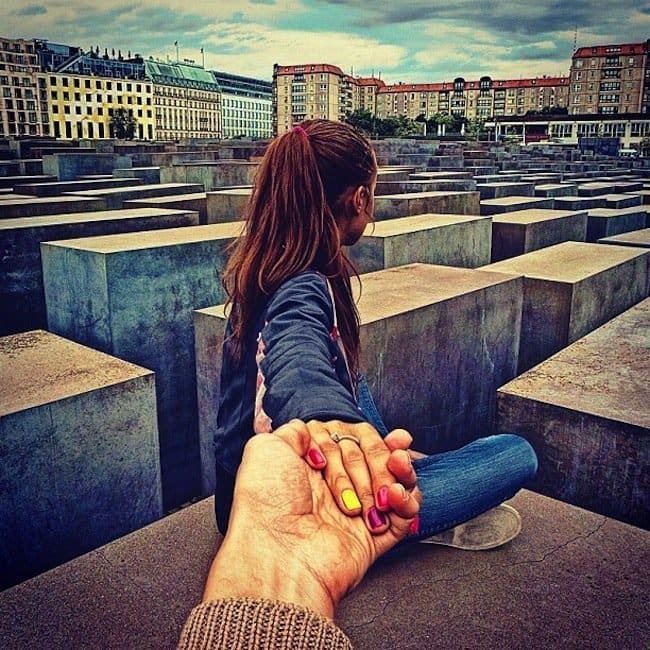 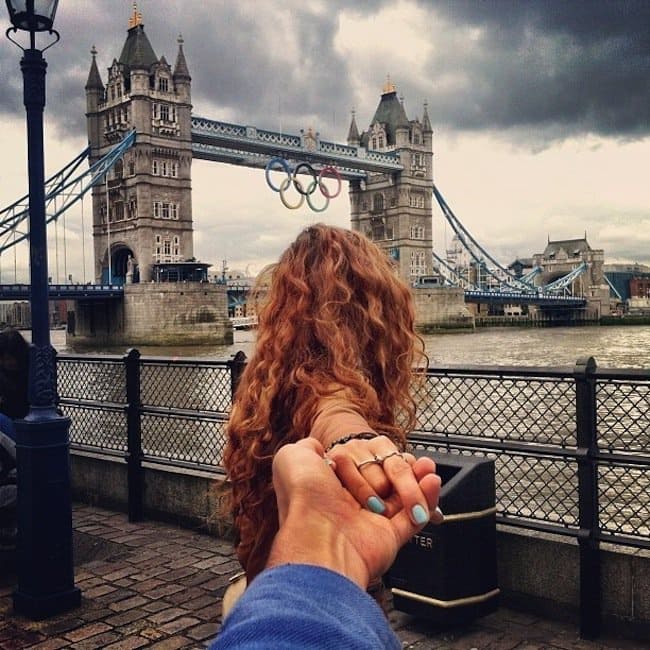 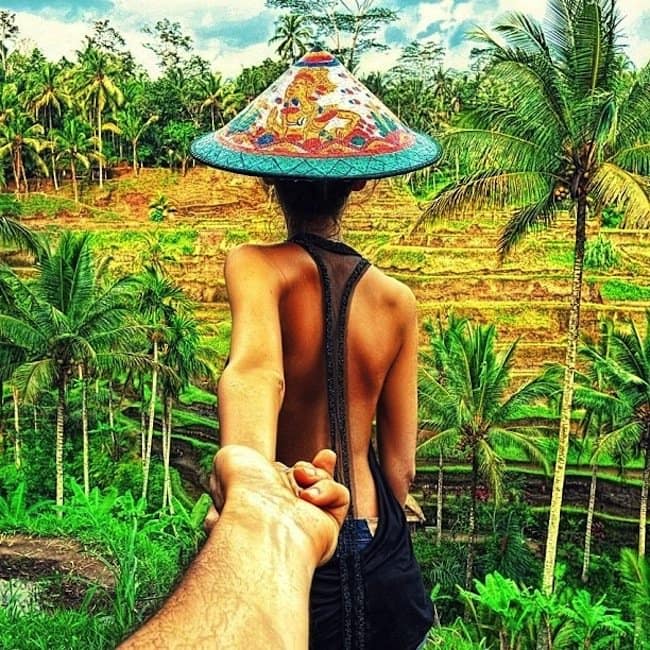 The Metro in Moscow. 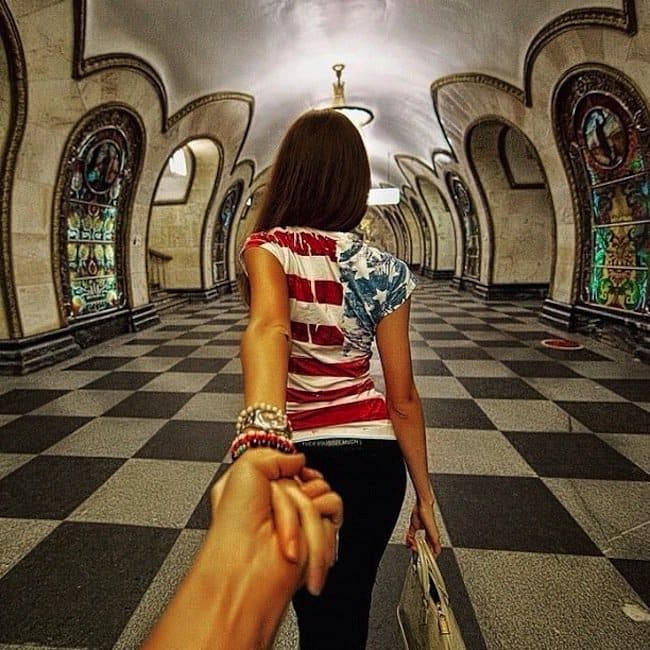 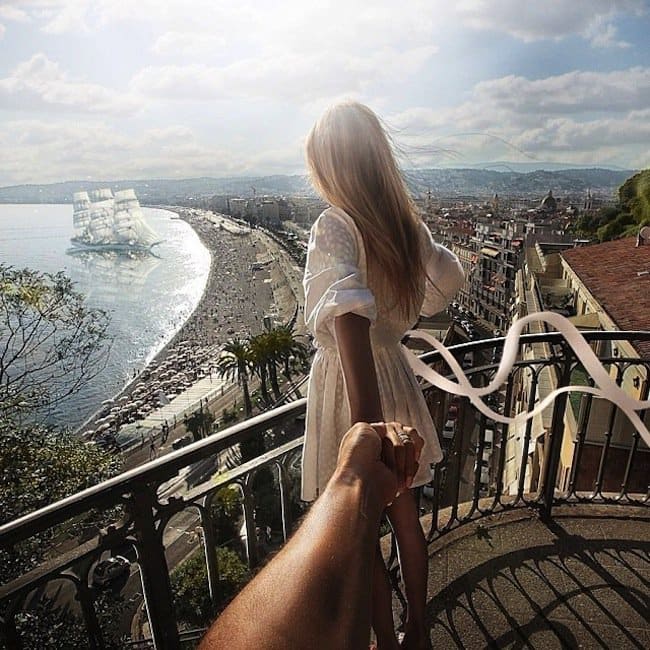