In the doggy dieting world, Dennis the Dachshund would surely count as being one of ‘the biggest losers’ there ever was. The poor pooch weighed a whopping 56lb when Brooklyn Burton rescued him from the clutches of the mad relatives who’d been feeding him up to the point of ridiculousness. A year off of the burgers, chips and pizza in favor of a controlled diet and plenty of exercise saw Dennis slim down to a far more agreeable 12lb. Sadly, however, the poor pooch had to go through three operations to remove excess skin. Read more about Dennis and his transformation below!
Website: cesarsway

Dennis the dachshund, now aged six, grew up in a family where burgers, chips and pizza were the norm, even for the dog! 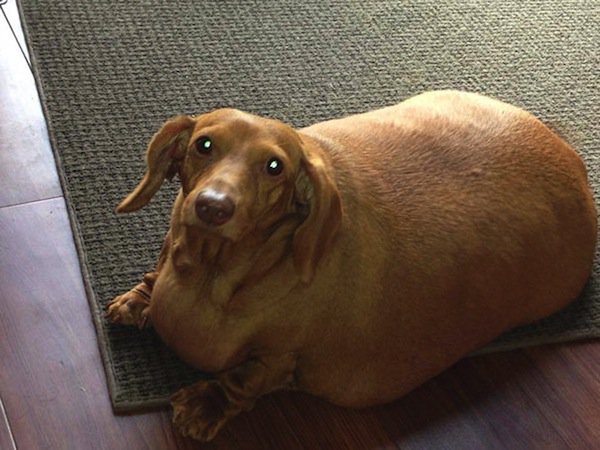 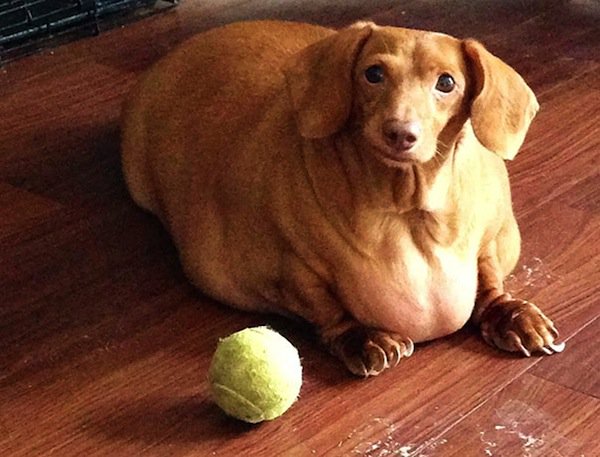 Poor Dennis had trouble walking, let alone going for a run around the park. He also found it difficult to breathe. 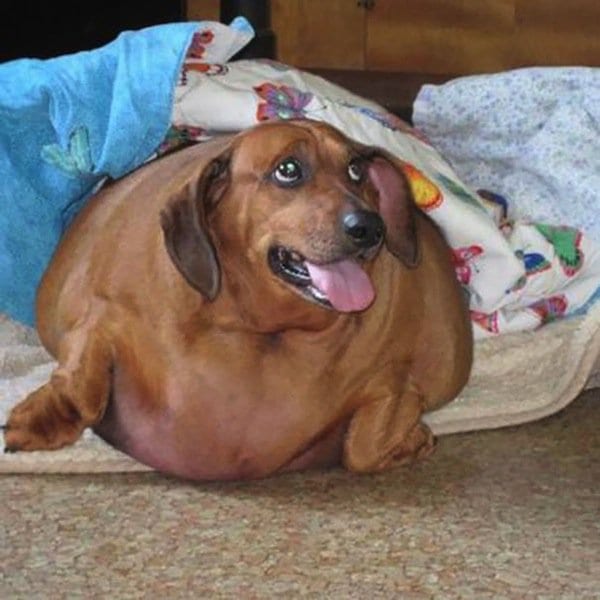 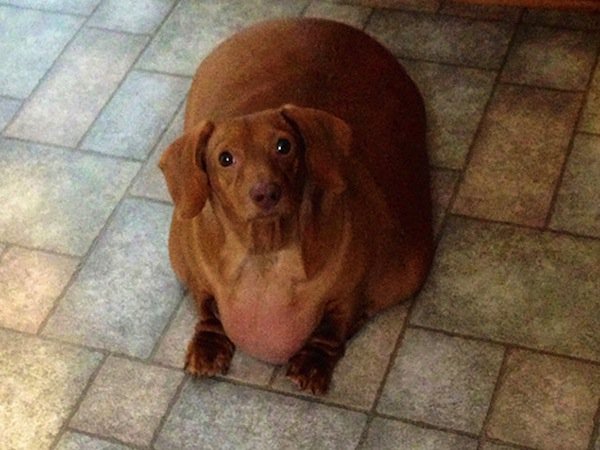 “There was no way I could walk away from that little guy knowing what his living conditions were and how unhealthy and unhappy he was” recalls Brooklyn. 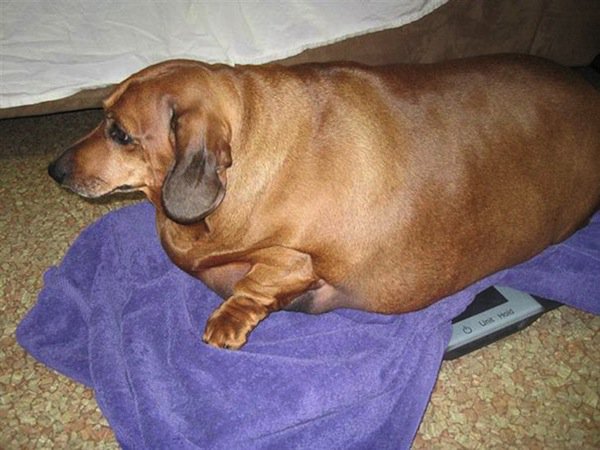 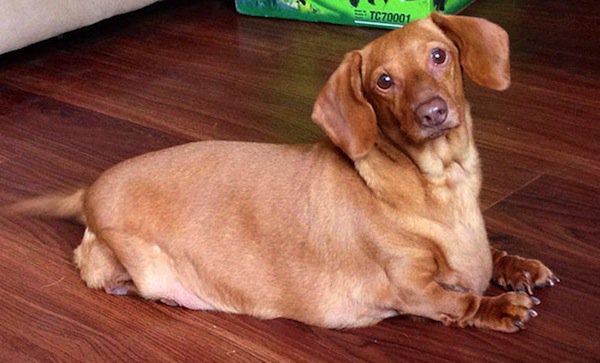 Yet Dennis still found it hard to walk, due to all that extra skin. 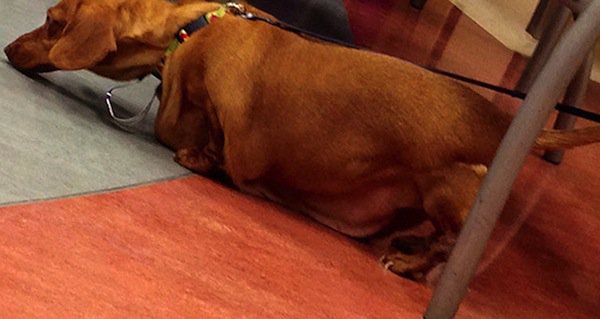 He required three surgeries to remove it to make him comfortable. 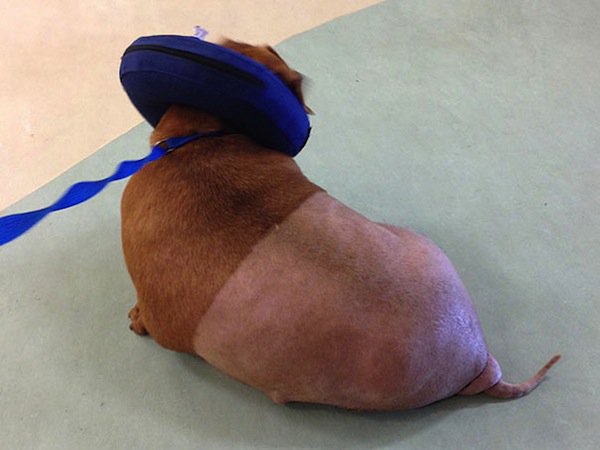 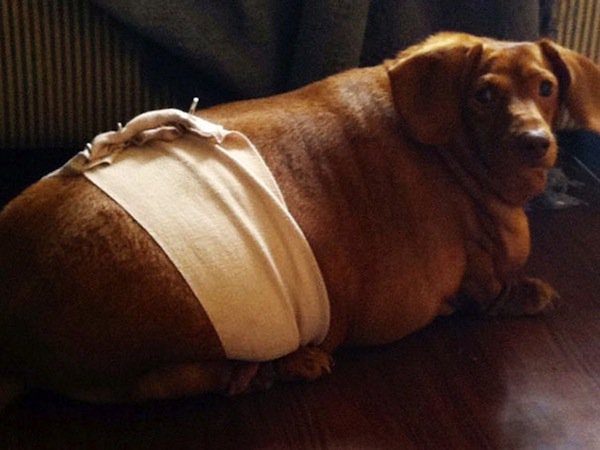 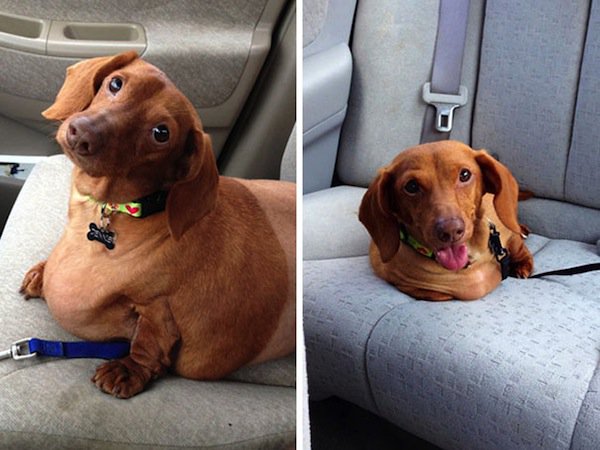 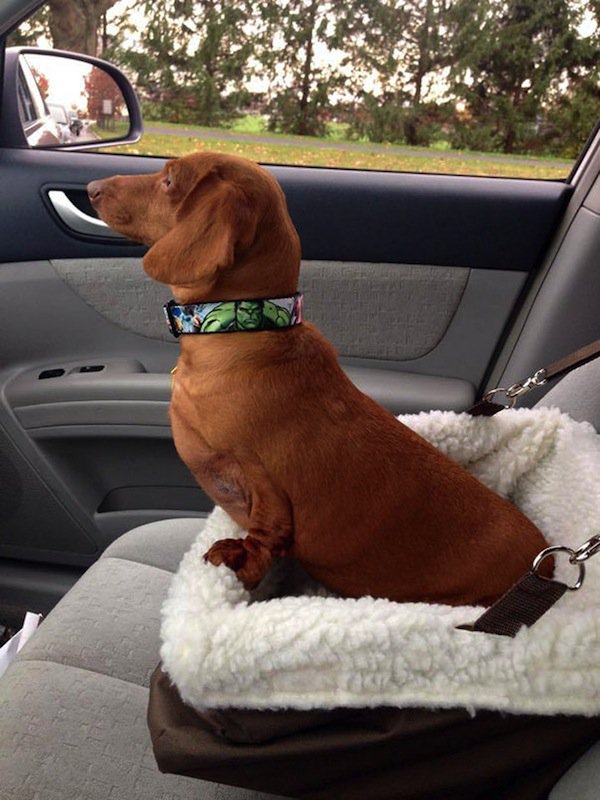 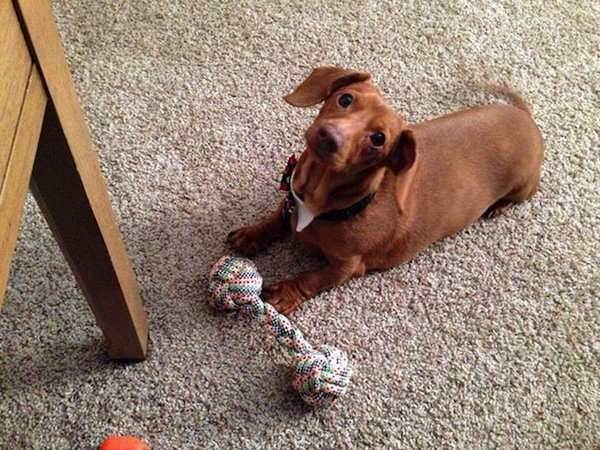 “As a dog mom I grew in so many ways when I took on Dennis, he has taught me so much”. 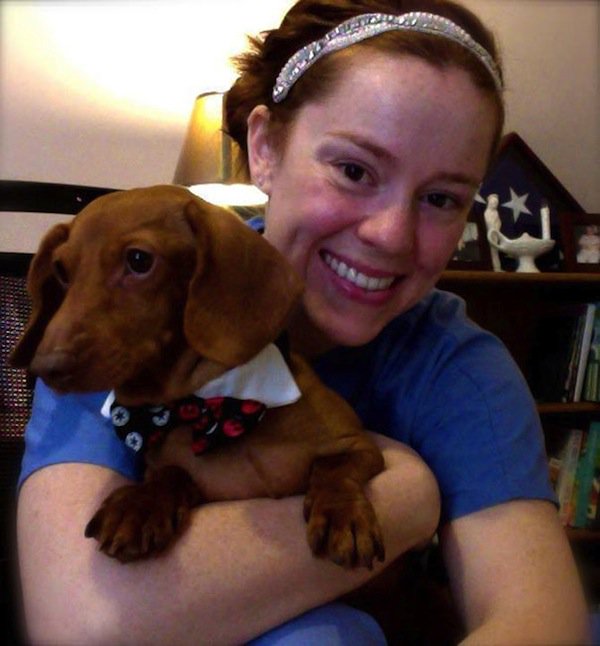