While parenting can be extremely rewarding for people who do want children, there's nothing wrong with not wanting them either. After all, kids do take up the majority of your time, energy and money for at least eighteen years, and even after that! Yet, anyone who says that they aren't going to have children will often find themselves on the receiving end of a lot of awkward questions and a fair amount of disdain. We've collected these thirteen hilarious Tumblr posts that anyone who doesn't want kids will identify with. Check them out! 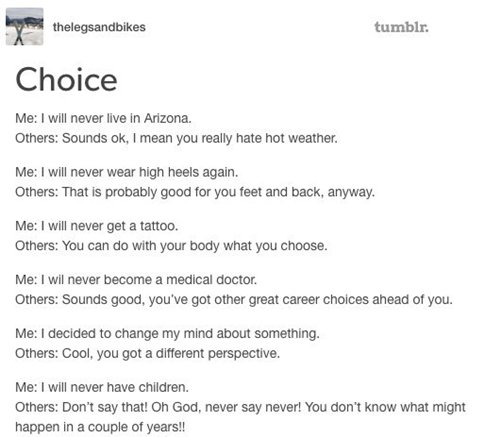 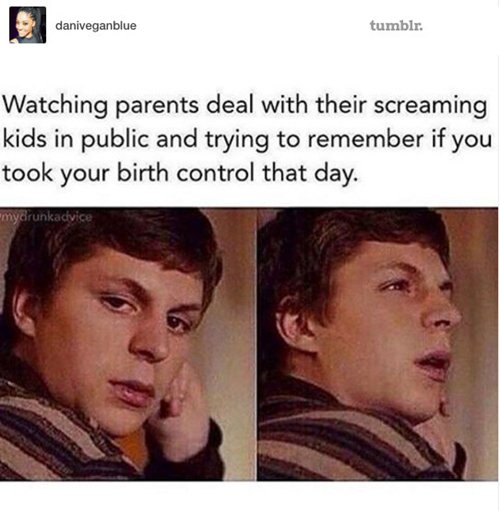 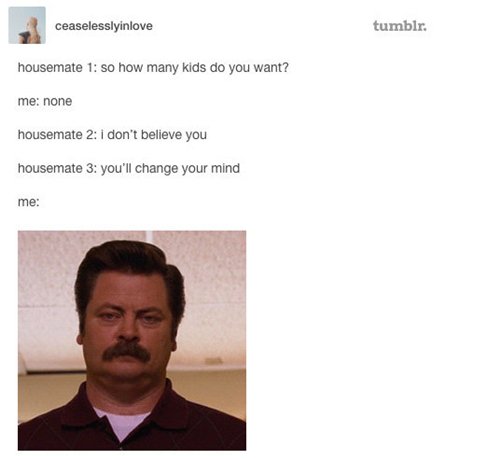 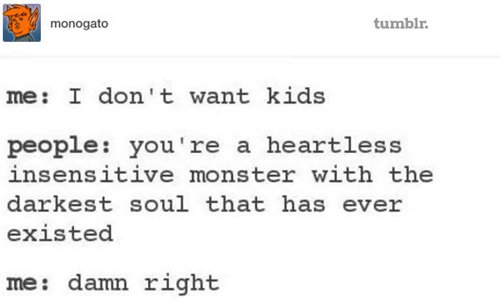 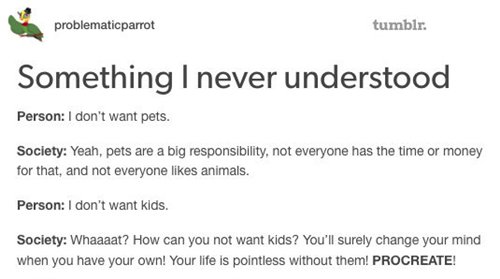 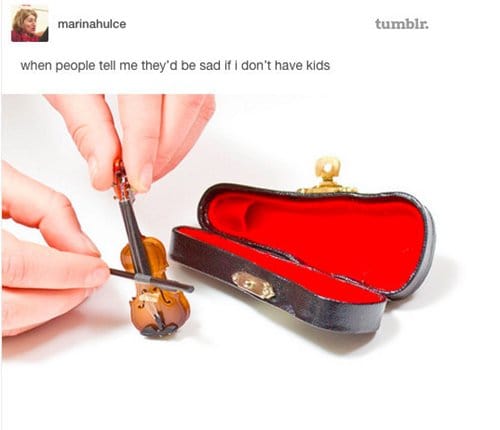 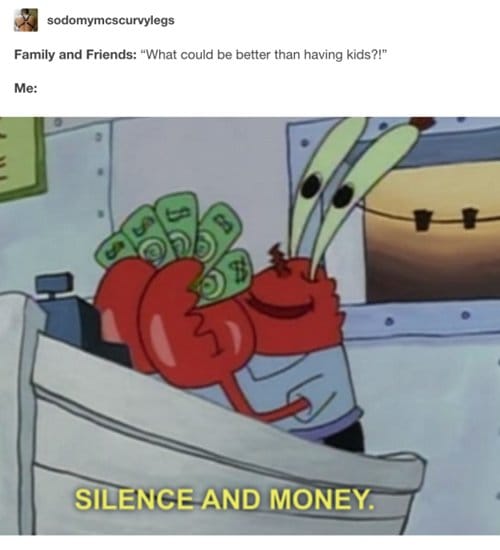