One thing that leaves many couples divided is their thoughts on prenuptial agreements. Some hate the idea of it as they feel it means either party believes that the relationship might end at some point, so why bother getting married? Whereas other people see it as an insurance policy in the sense that they don’t plan on having an accident (divorce) but if they do, they want to be protected. People’s opinions on prenups will always differ but take a look below to see some interesting viewpoints on the topic…

For some, disagreement on this issue is enough to walk away from the relationship. 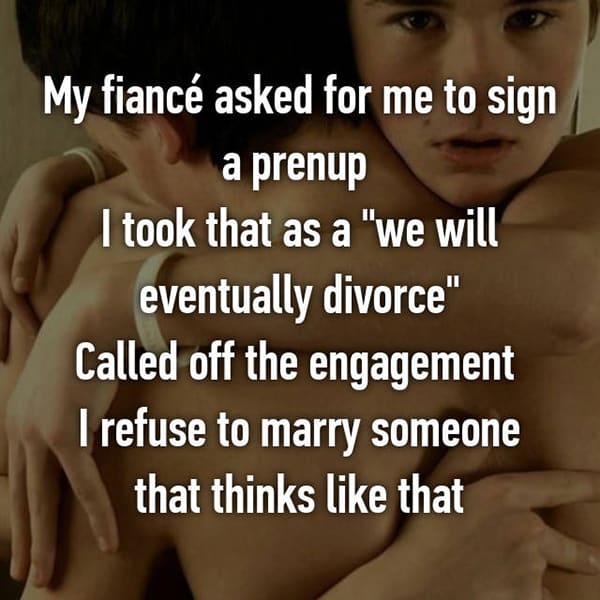 Some people just can’t wrap their head around the logic, or lack thereof. 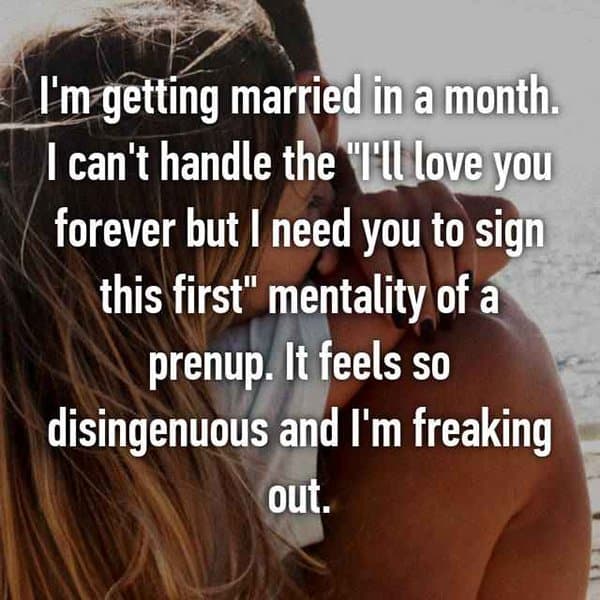 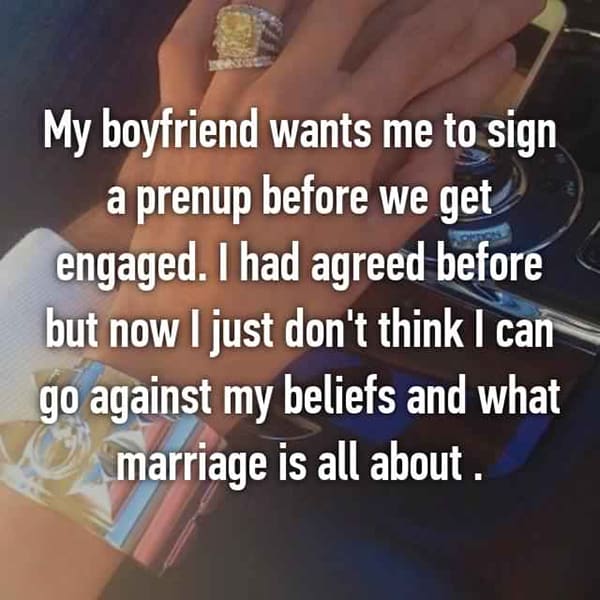 For some, it’s all or nothing. 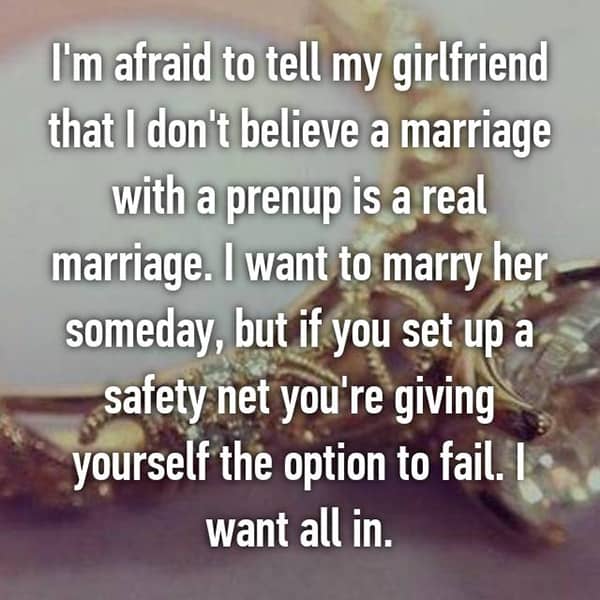 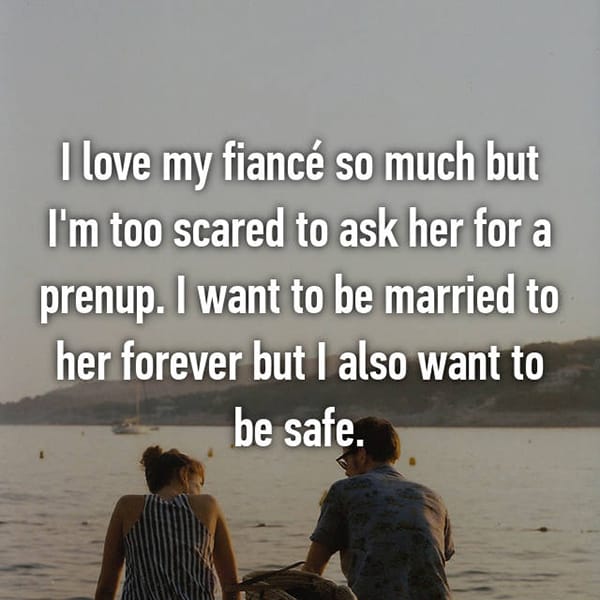 It’s hard when something you never thought would be an issue becomes one. 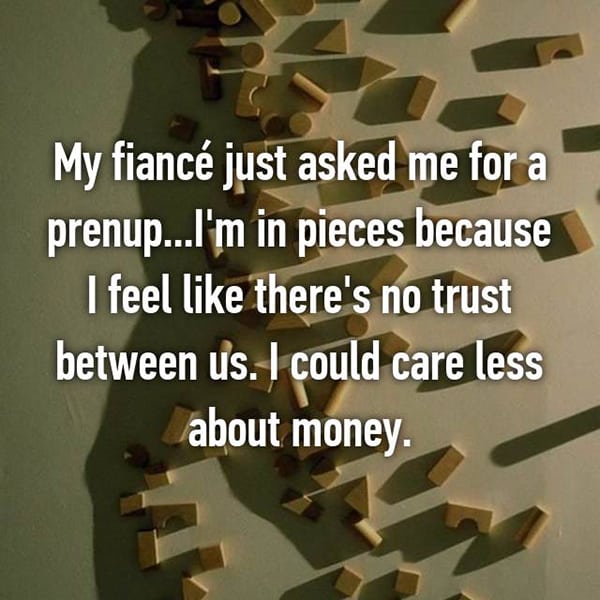 Some people will make the sacrifice even though it hurts them… 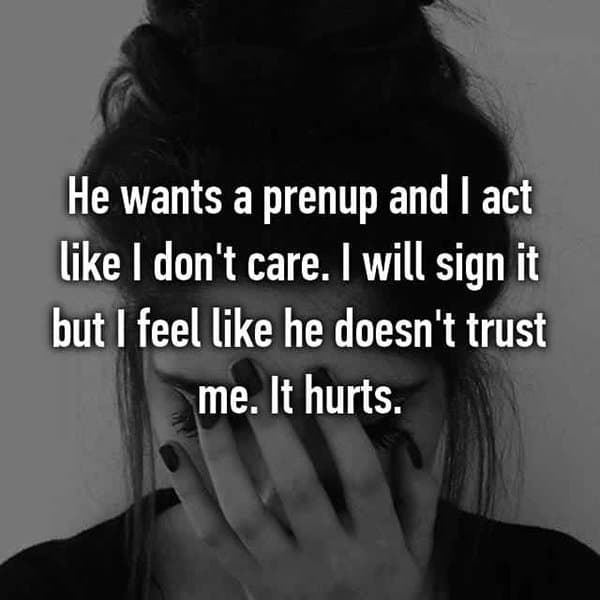 Don’t you just hate it when your mother-in-law tries to meddle? 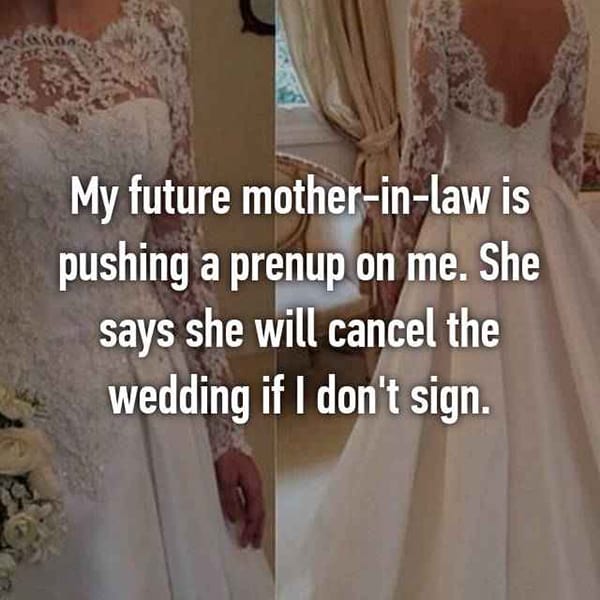 Some people want a prenup because it highlights why they are in the relationship. 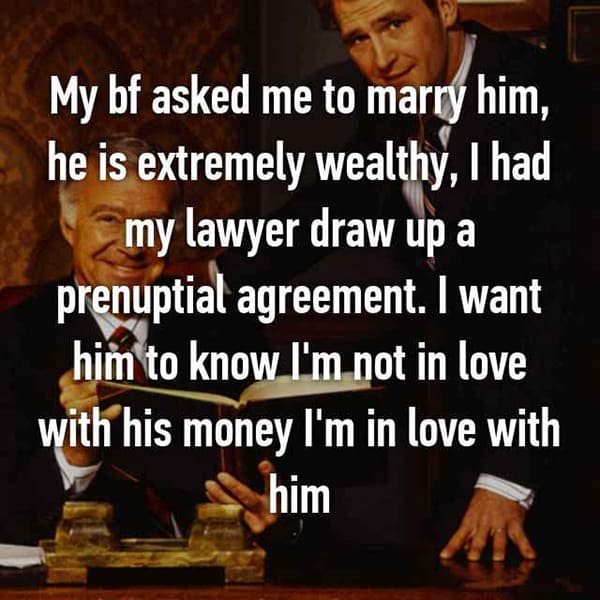 When you grow with someone in this way, the suggestion of a prenup can feel like a slap in the face. 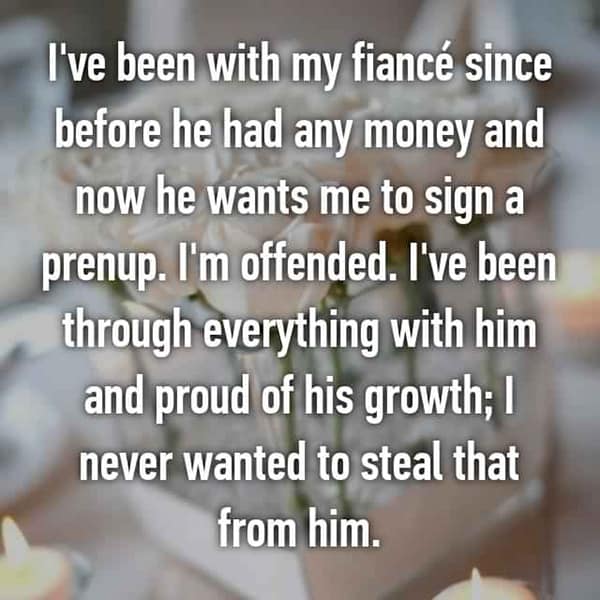 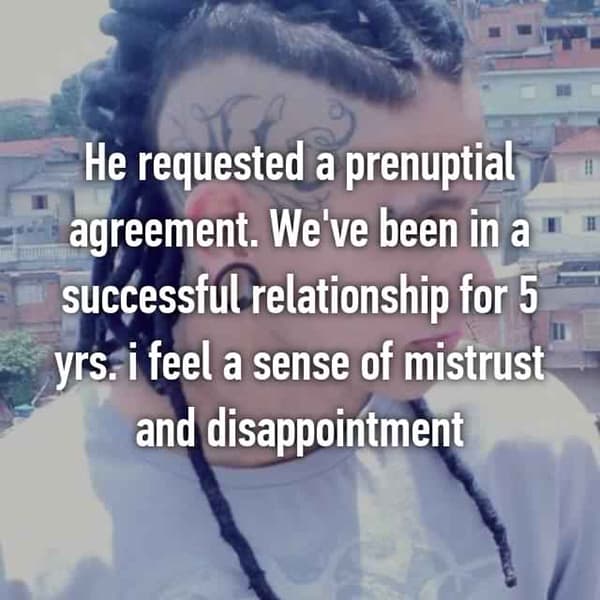 We understand that certain things are extremely important to people, but this kind of ultimatum seems forceful and nasty. 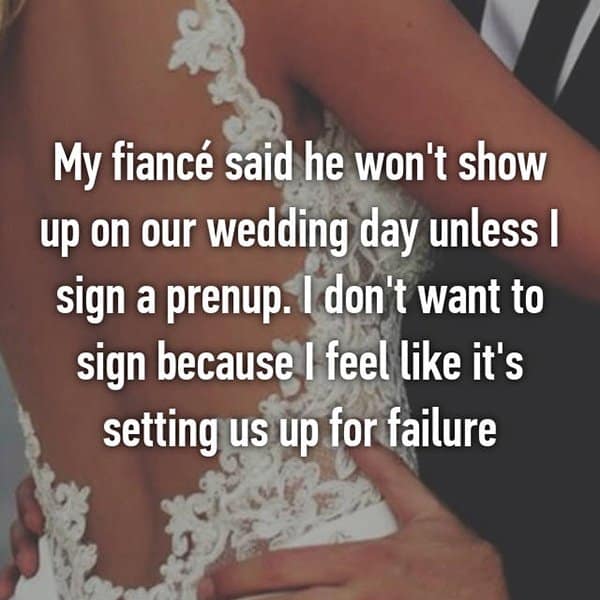 Sometimes the matter is nonnegotiable. 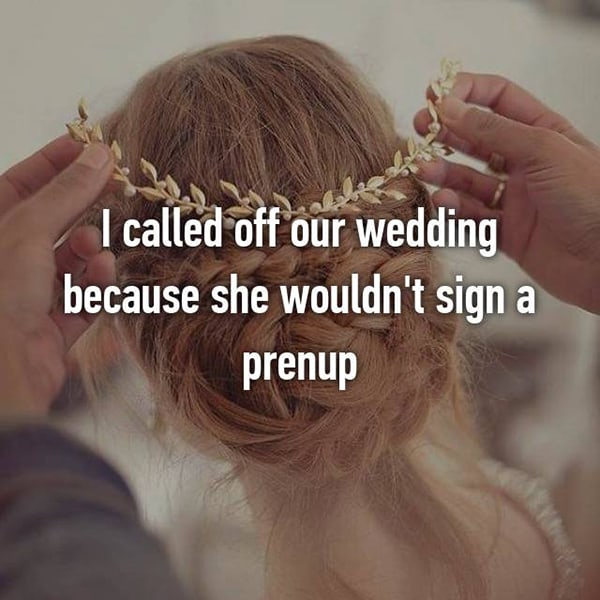 It sounds like this person really doesn’t trust their partner. Maybe it just wasn’t a big deal to her and she was happy to oblige? 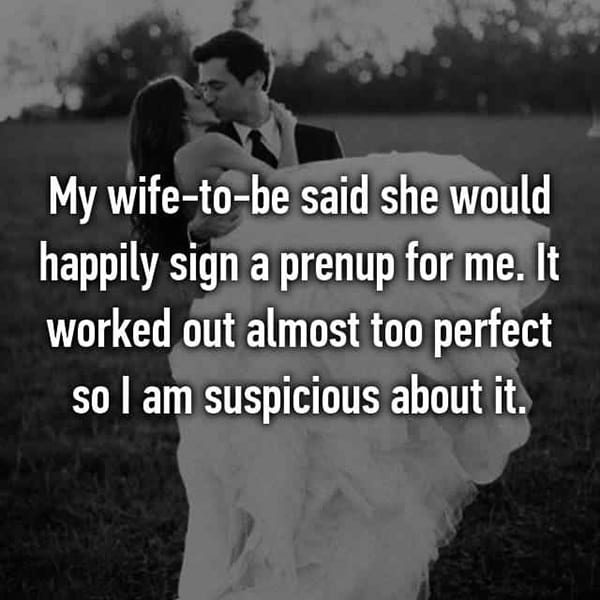