When photographer Michael Dyrland, from Bellingham WA, traveled to Los Angeles, he was really excited about going surfing. One day, after it had rained hard the previous night, he asked his friend if they could go. His friend thought he was crazy, as no one in LA goes surfing after heavy rain, because all the sewage and rubbish runs right into the sea. This got Dyrland thinking about the future of our oceans. He decided that sadly, the below images of surfers in Hazmat suits may not be out of the realms of possibility in a few years. Read on for more of his story!

When Michael Dyrland was visiting LA, one night there was a big rainstorm. 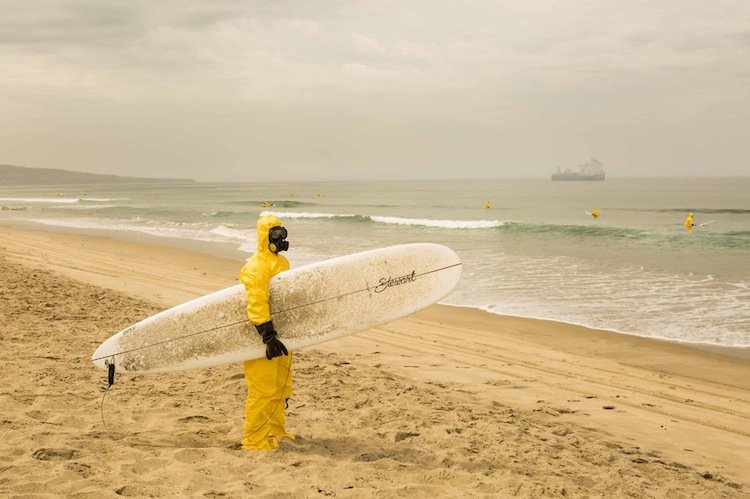 The next morning he wanted to go surfing but his friend told him no one goes in the water after it's been raining. 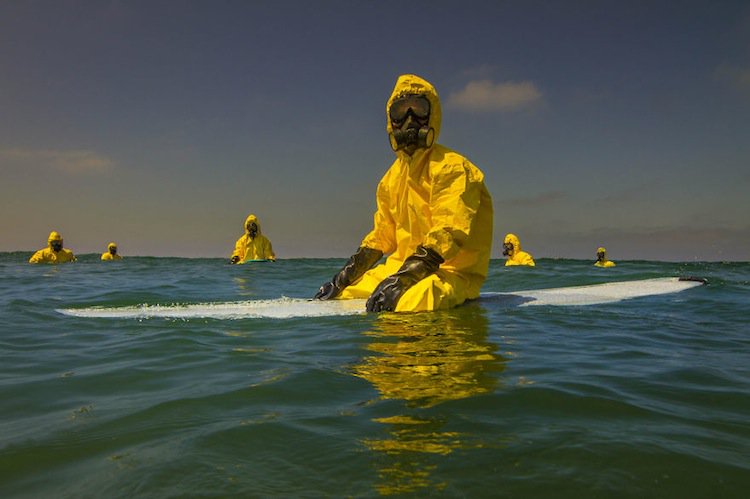 
You could get MRSA, Hep C, a virus or respiratory infection. 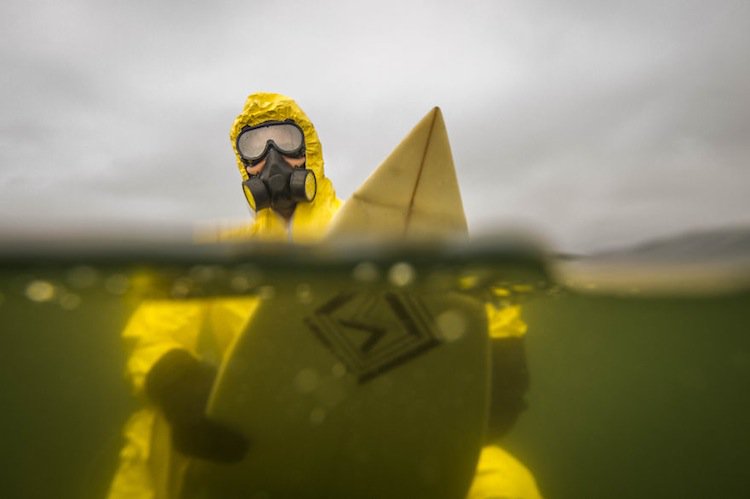 Because it rains so infrequently in LA, all the sewage and rubbish runs down into the sea. 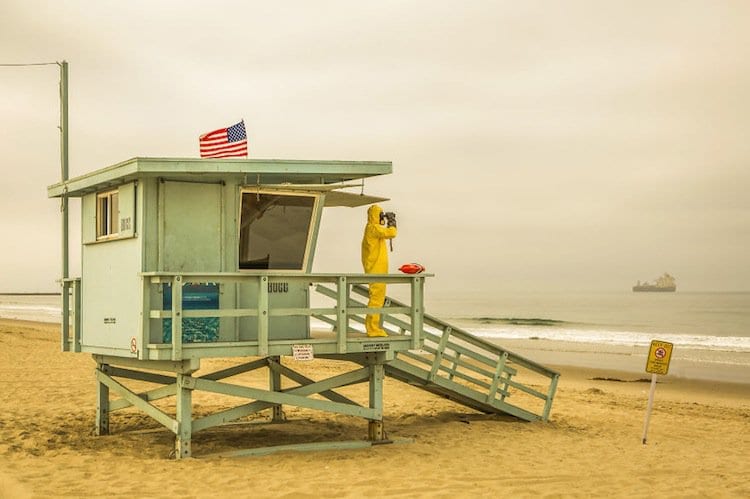 During a typical rainstorm as much as ten billion gallons of rain runoff enters the ocean. 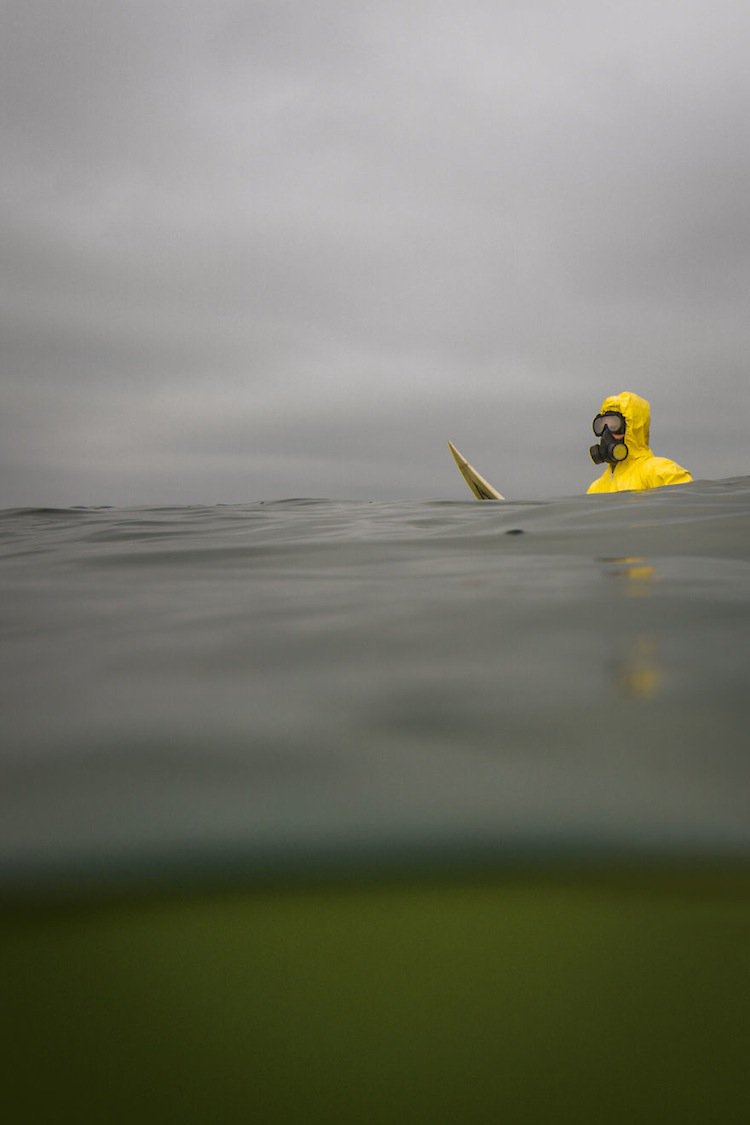 Michael found the inability to enter the water for three days a crazy concept. 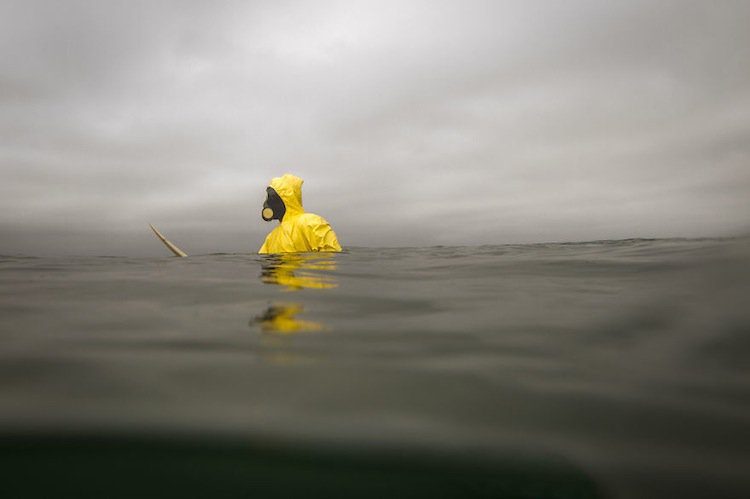 He decided to try and raise awareness of the decreasing quality of the water in our oceans. 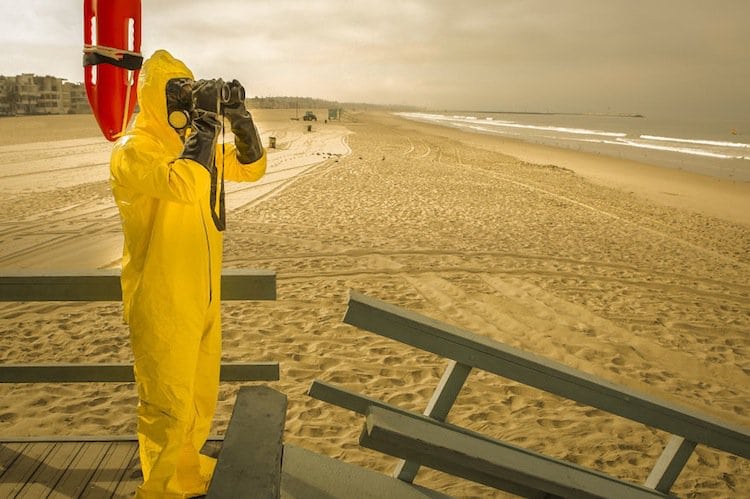 If the pollution trend continues, in 25 years, people may need to chuck on a Hazmat suit, just to go surfing. 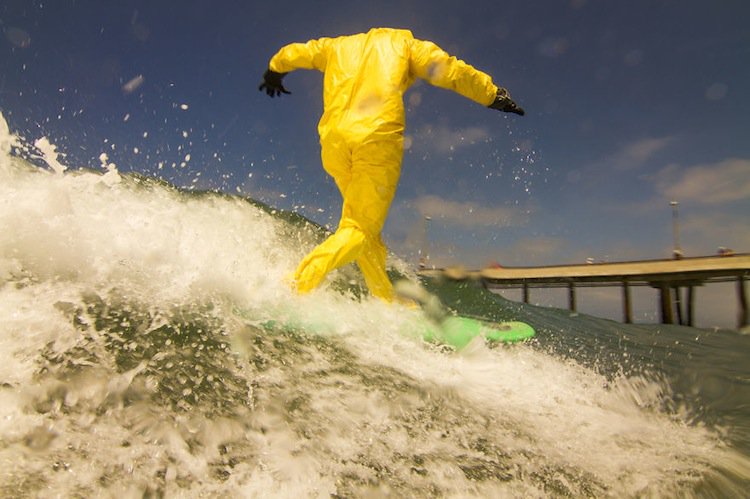 Michael hopes people will want to spread the world about water pollution. 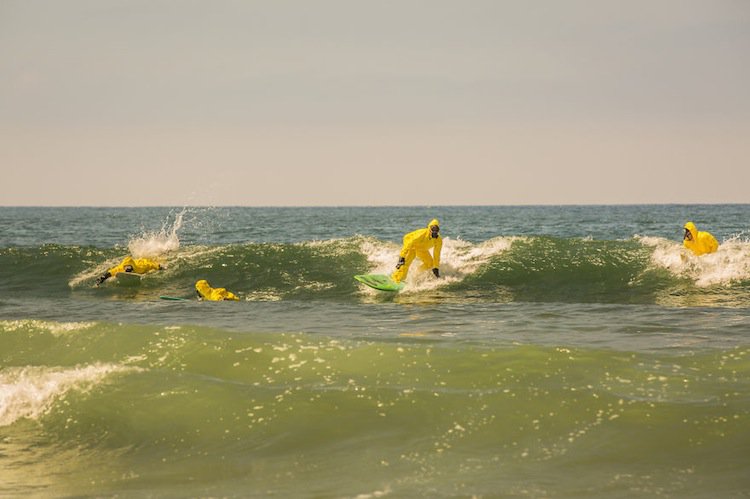 We have to start somewhere… 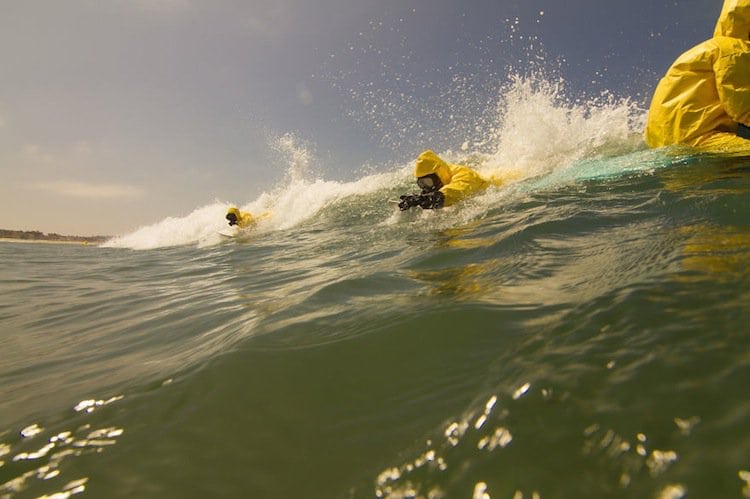